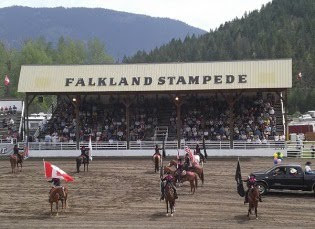 Falkland, B.C., is a town of about 600 residents in between Vernon and Kamloops. Falkland was named after Colonel Falkland Warren, an early pioneer of the region. Falkland hosts one of the oldest stampedes in Canada, a three-day rodeo which celebrated its 92nd year in 2010. This post shows the different souvenir cachets used by the Falkland post office publicising   the Stampede in 1968,1977 and 1980

In 1968, the Falkland postmaster arranged to have a Stampede cachet made to celebrate the 50th anniversary of the Stampede: 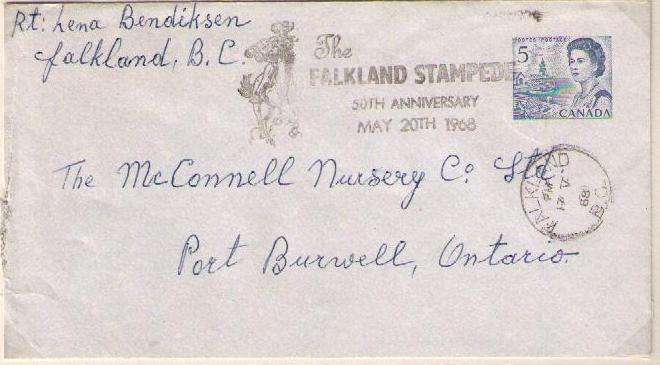 
Cachets were also made to celebrate the 1977 and 1980 stampedes 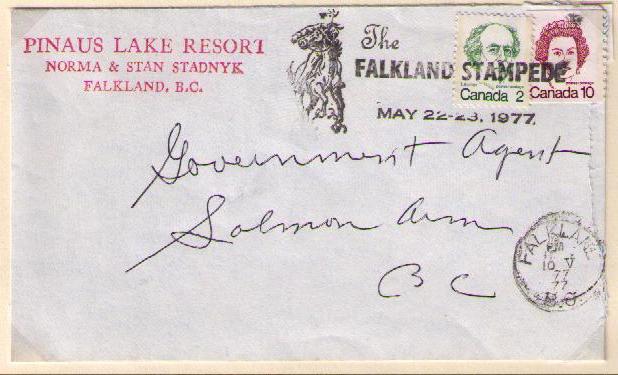 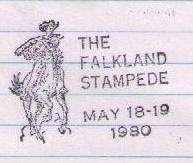 The current postmaster of Falkland provided me with the above example. She advised me that permission was obtained by the postmaster to have it made. The cachet was only used for a short time as advertising and for cancelling stamps. This appears to be the last cachet prepared for the Falkland Stampede.

Posted by philcovex at 5:56 AM