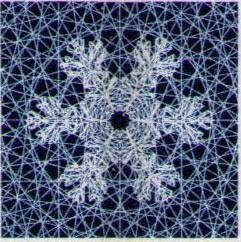 The 1971 Christmas issues reproduce a snowflake design created by Lisl Levinsohn, of Toronto.

The 6 cent and 7 cent denominations are examples of creating a reverse image through the use of engraving. 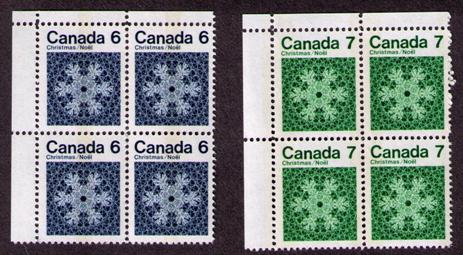 The 10 cent and 15 cent values employ the technique of engraving to superimpose lines of silver ink upon a ground and field printed in two colours by the lithographic process. 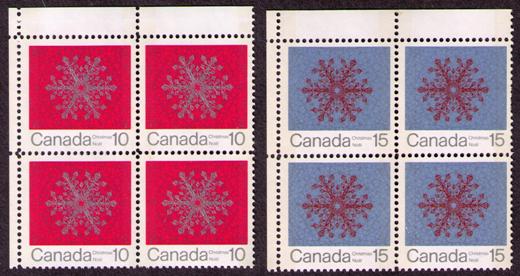 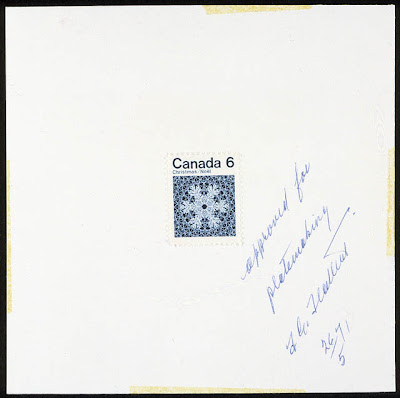 The Christmas stamps, tagged and untagged, were issued on October 6, 1971. 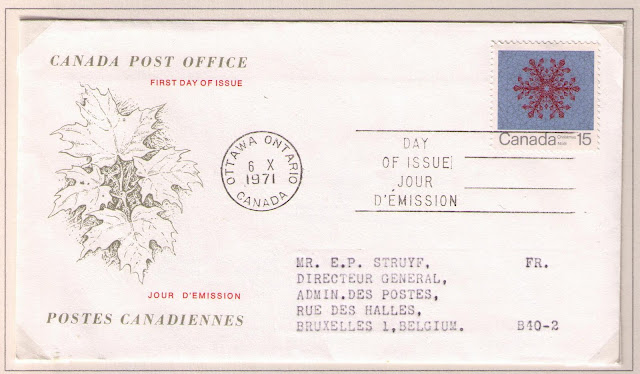 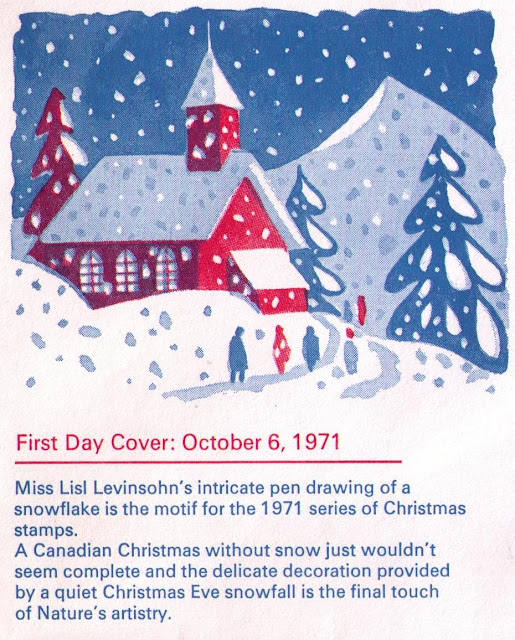 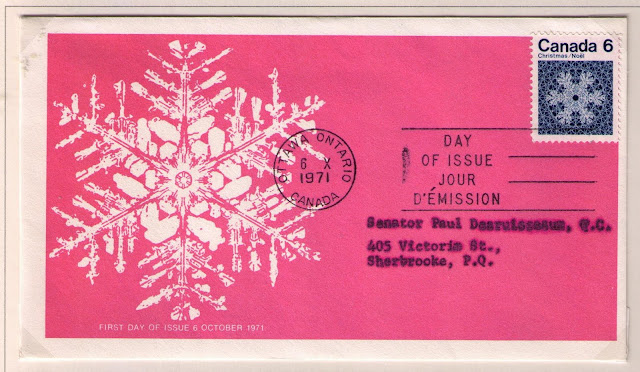 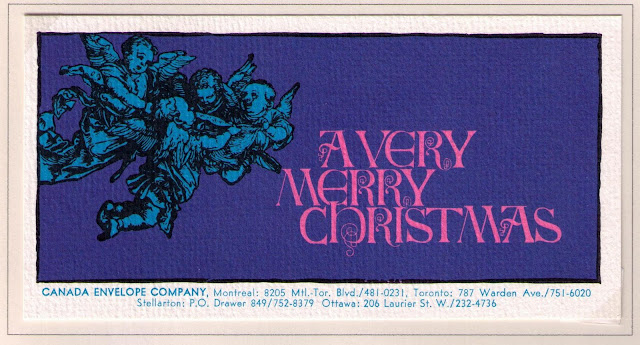 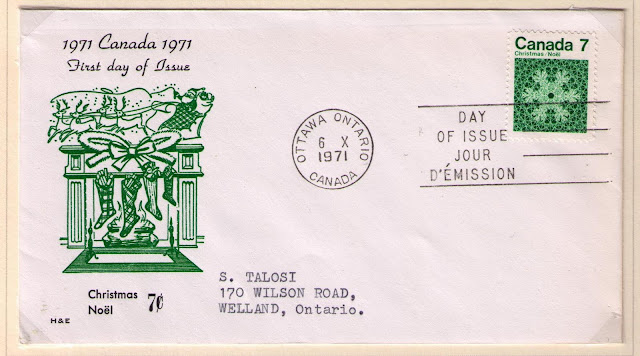 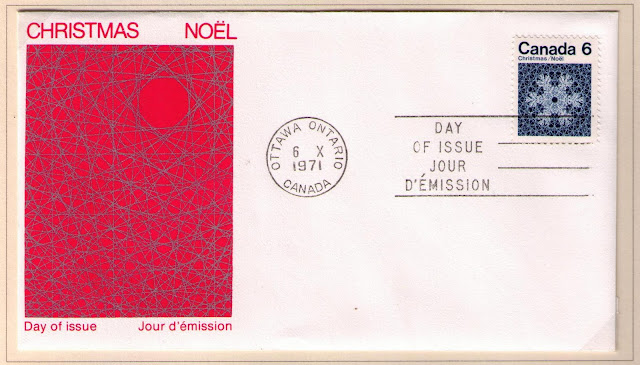 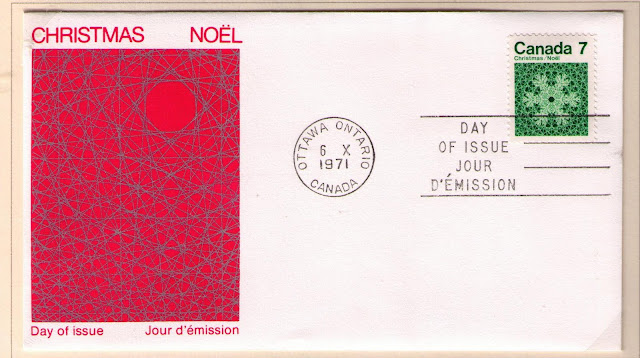 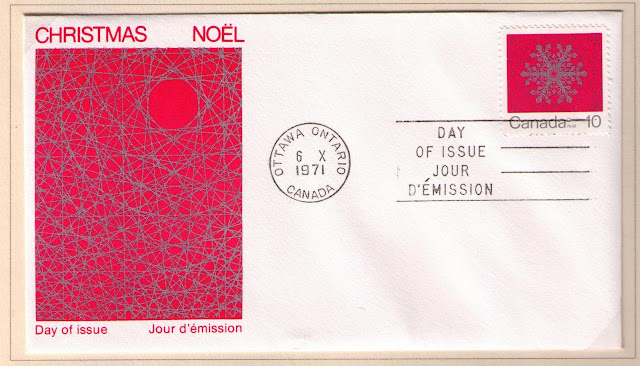 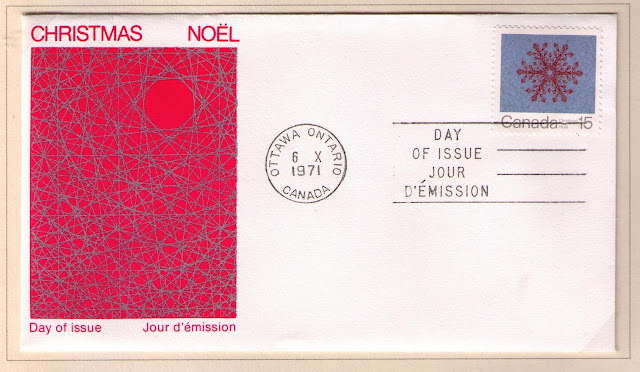 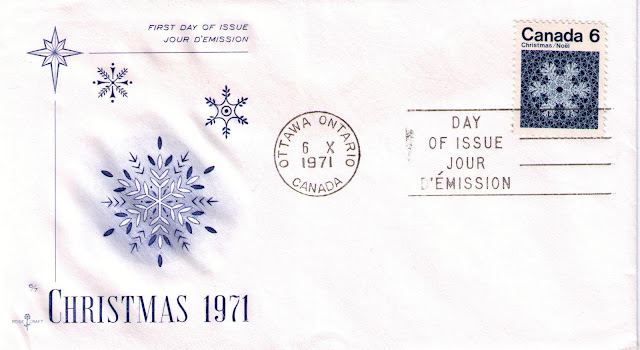 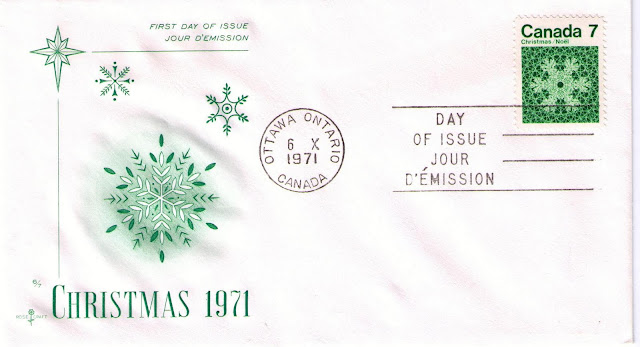 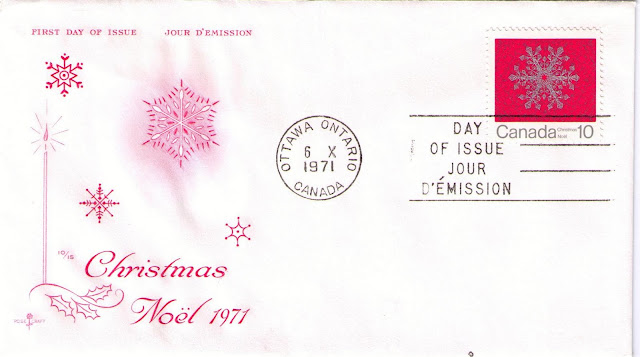 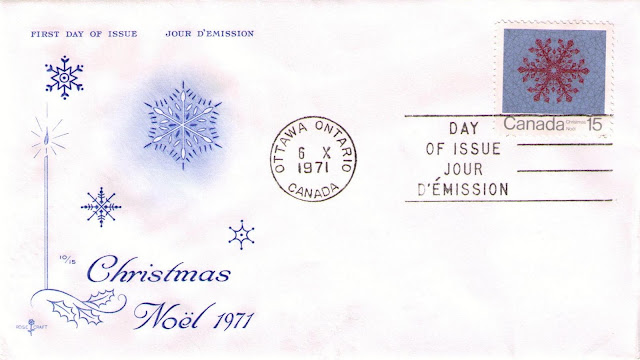 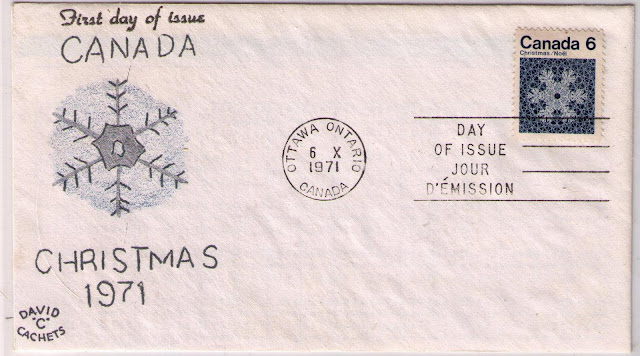 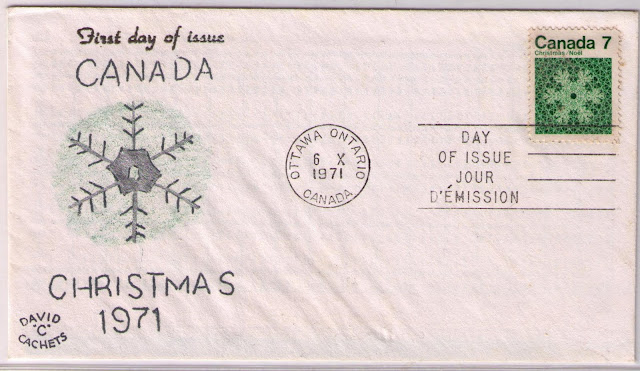 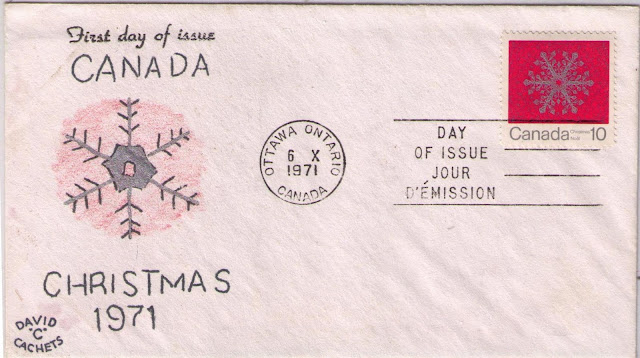 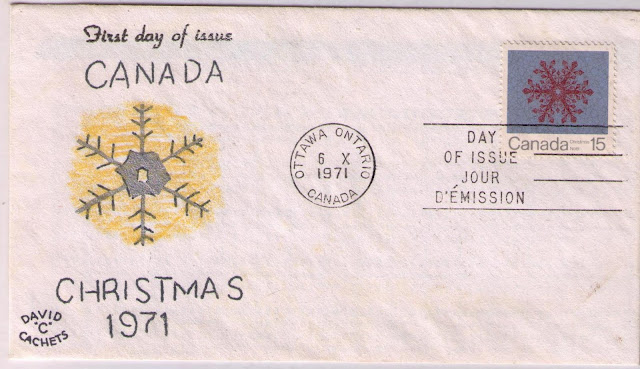 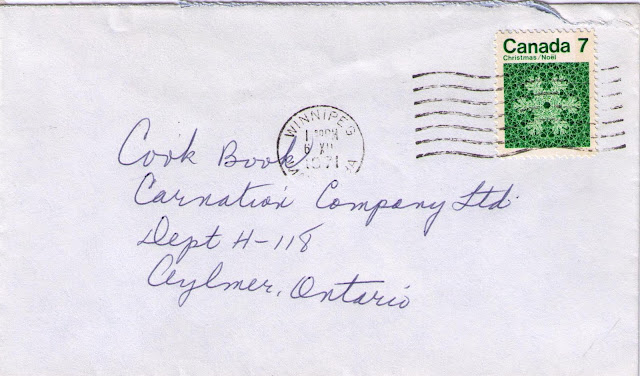 The air mail letter rate to the United States was 10 cents.

The international letter rate was 15 cents for each ounce. 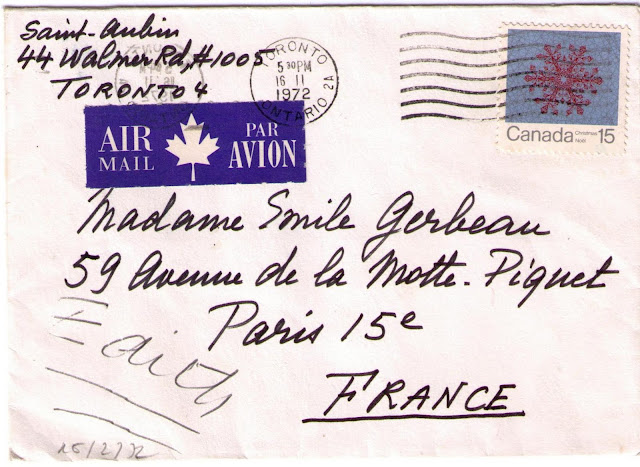 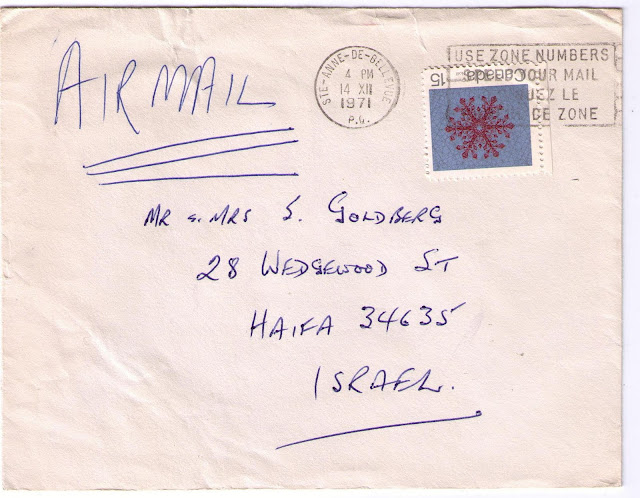