George V Admiral Period
1912 - 1928
Rates to Great Britain and the British Empire
The following rates and fees are shown in this post:

The letter rate was 2 cents for each ounce. 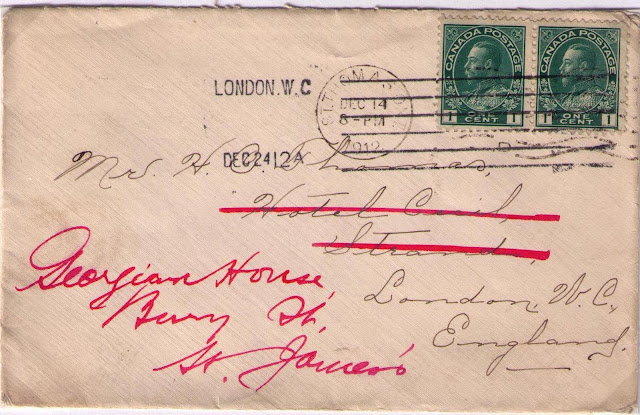 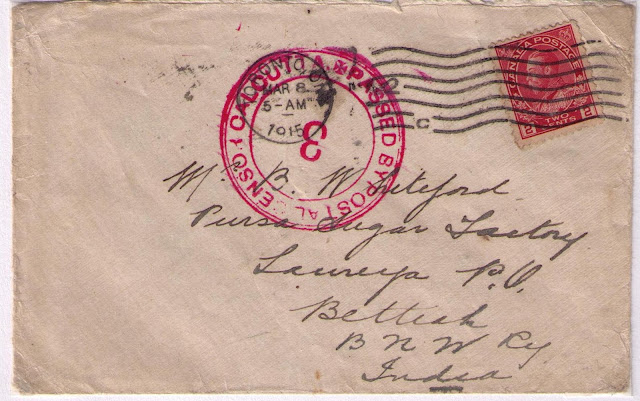 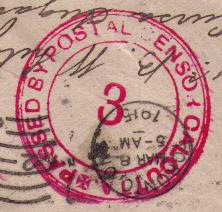 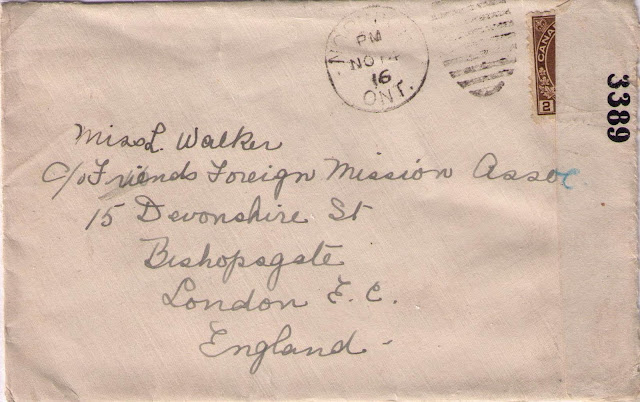 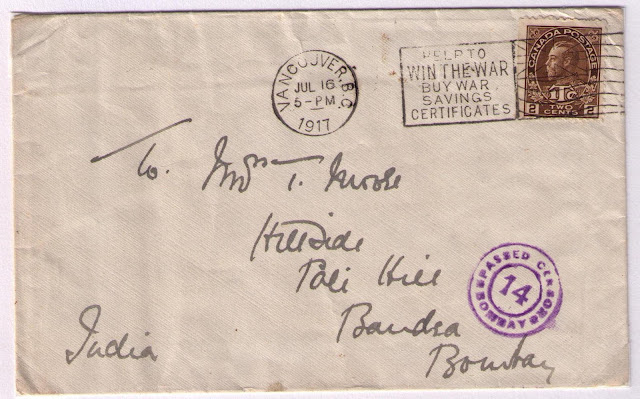 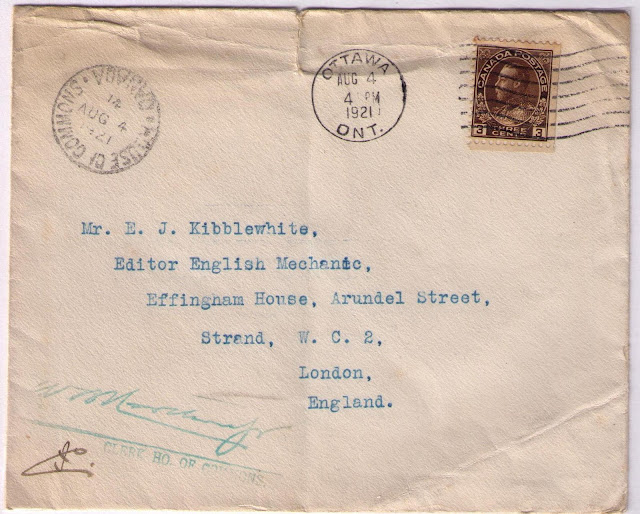 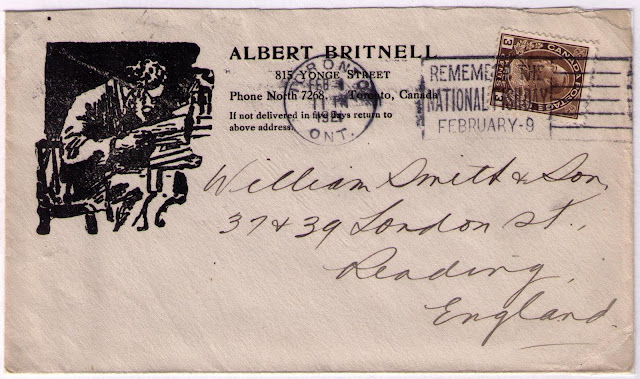 
On October 1, 1921, the Empire letter rate was increased from 2 cents to 3 cents per ounce. Since the War Tax was still in effect, the total rate for a one ounce letter was 4 cents. 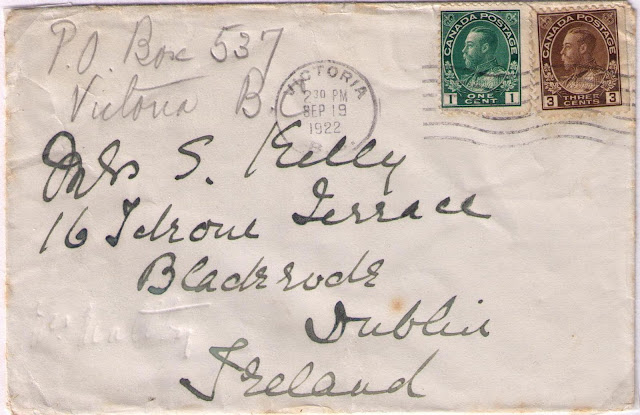 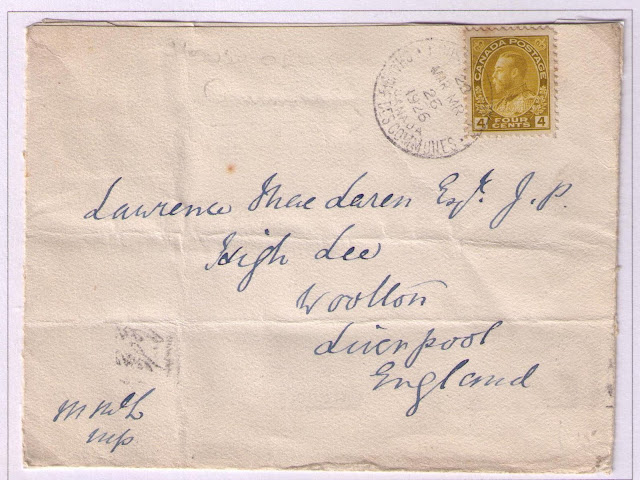 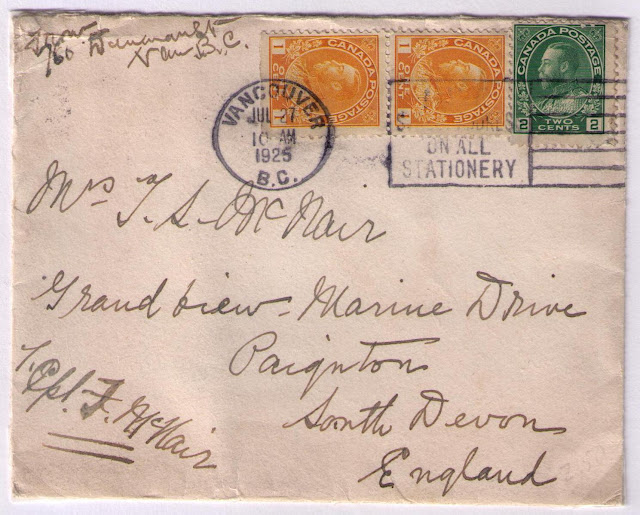 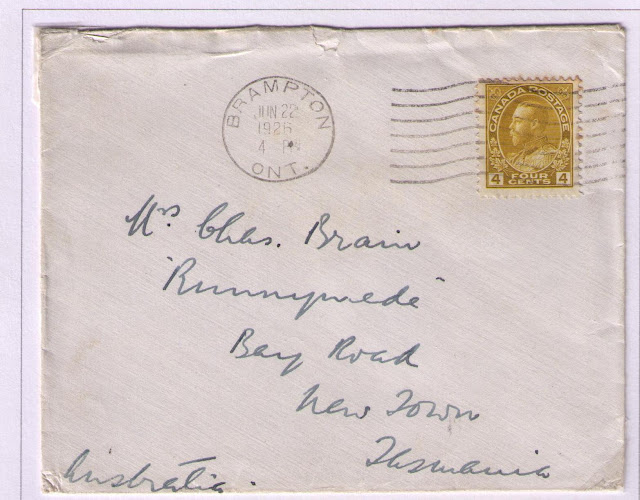 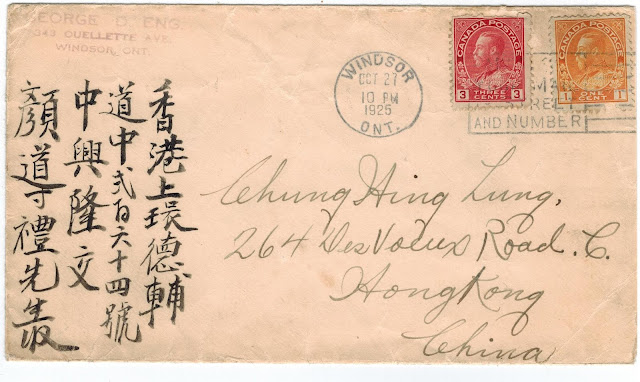 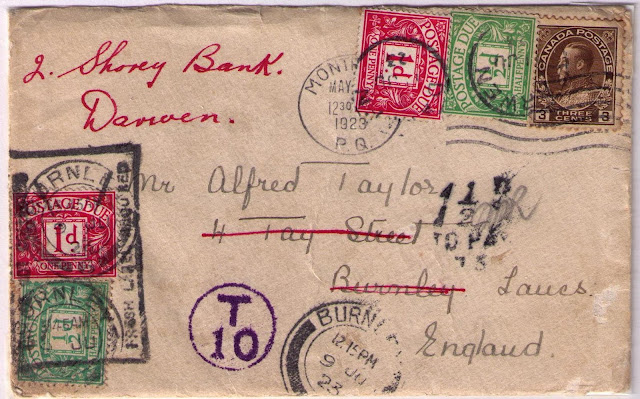 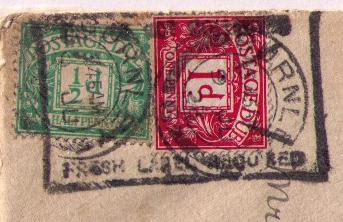 Fresh postage due labels were attached at Darwen and cancelled June 11, 1923 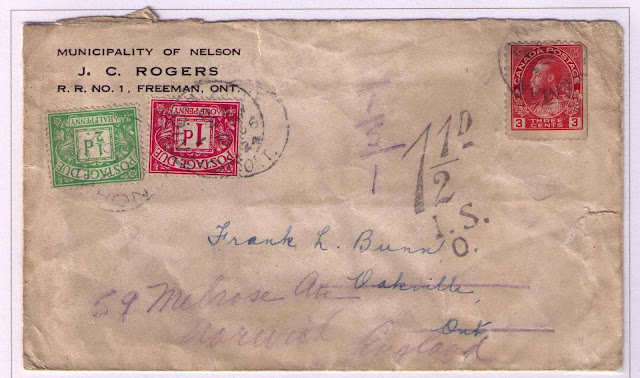 The Canadian marking T/5 (centimes) was written in pencil:

The British charge 1 1/2 d was the minimum amount to be collected:

Postage due labels were cancelled at Norwich, November 17, 1924

The War Tax was removed on letters to Great Britain and the Empire. The letter rate was 3 cents for each ounce. 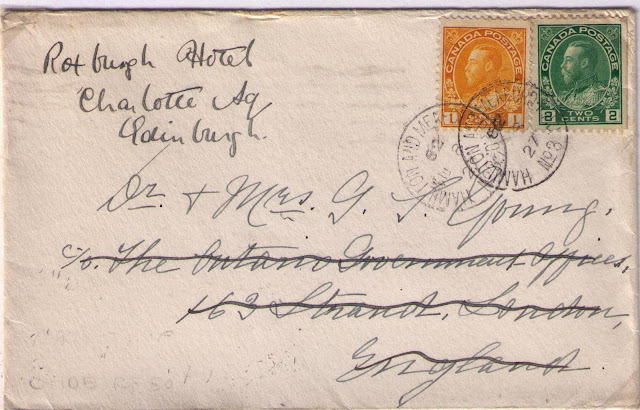 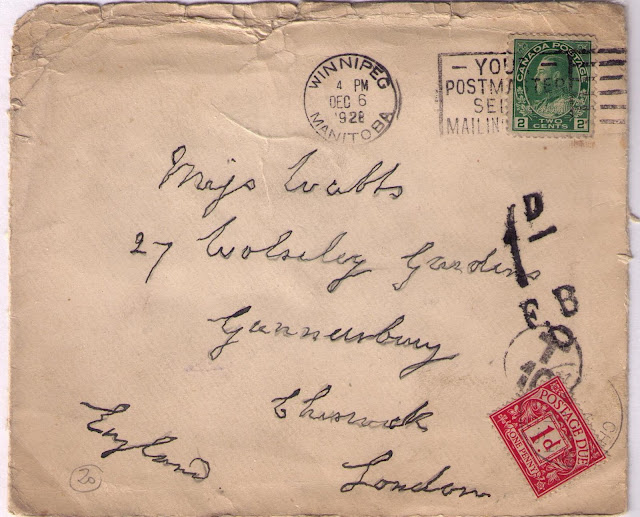 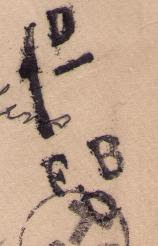 Canadian letters could receive air mail service in the United States is the U.S. air mail rate of 10 cents per one-half ounce was prepaid in U.S. postage in addition to Canadian surface postage. 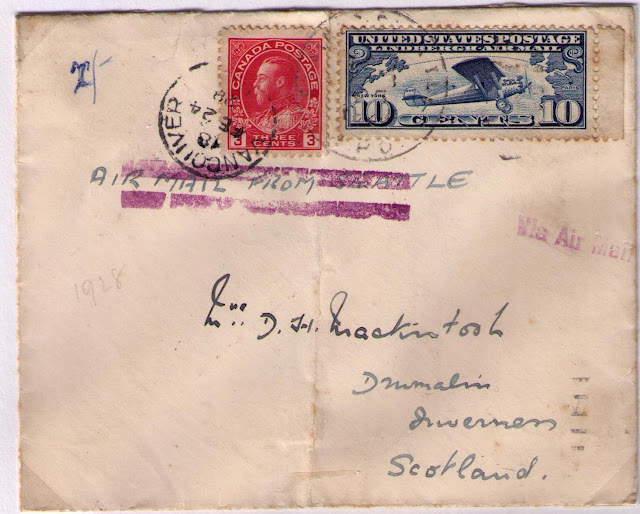 A 1 cent War Tax was imposed on post cards addresses to Empire destinations. 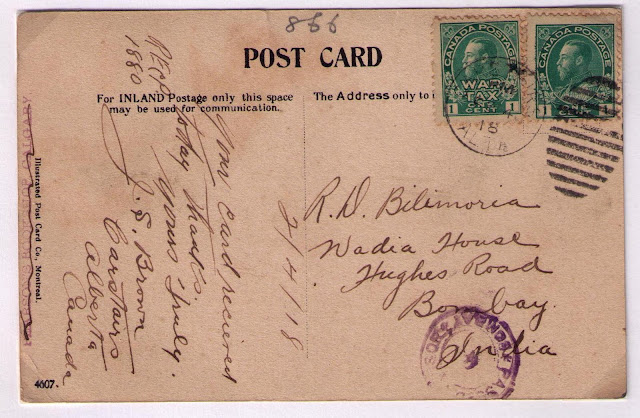 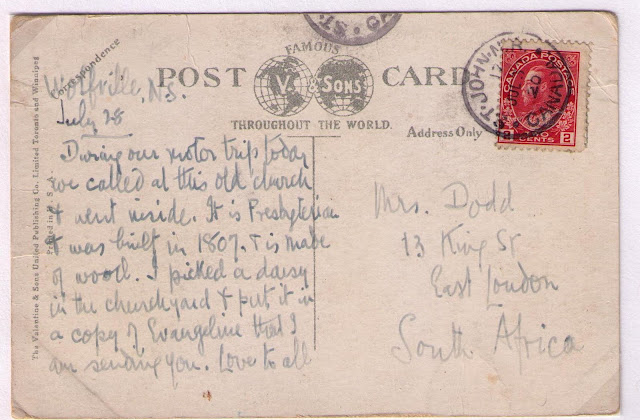 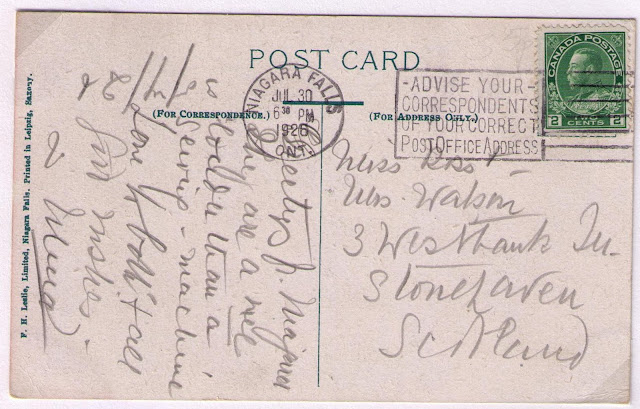 The card below was torn in transit and repaired at the Montreal DLO. 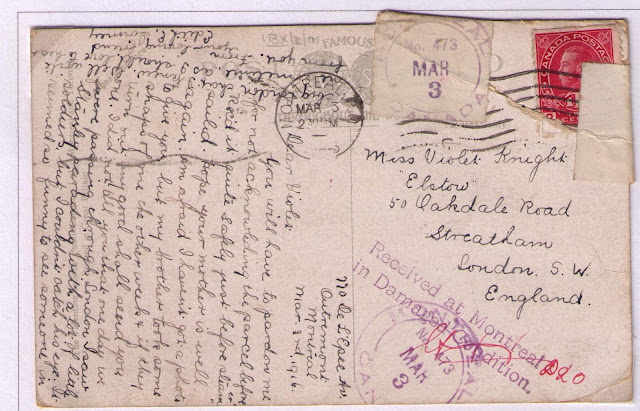 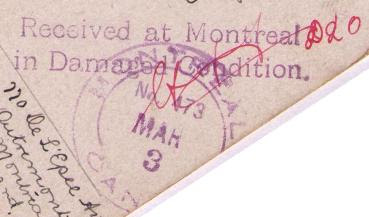 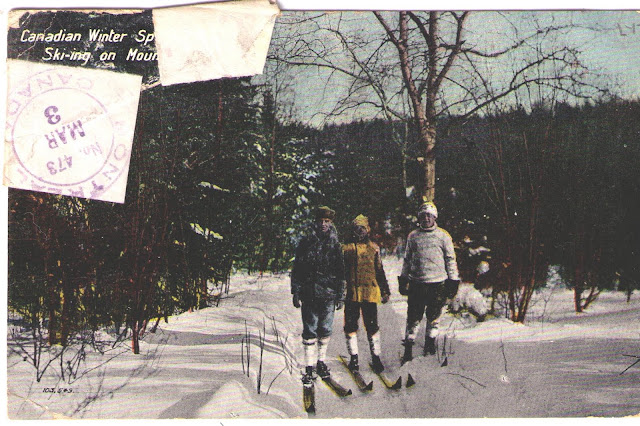 The printed matter rate was 1 cent per two ounces. 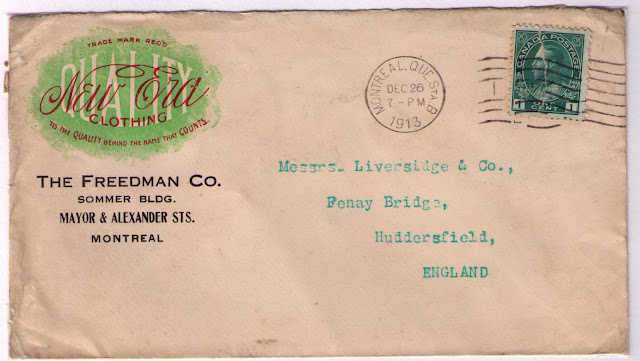 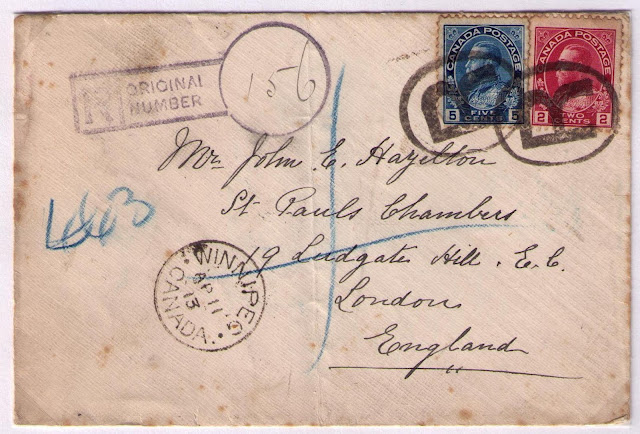 In 1907, UPU regulations required that postmasters at the office of origin encircle the original number given to a registered article to distinguish it from numbers added in transit. Canadian postmasters were issued "Original Number" handstamps in 1907. 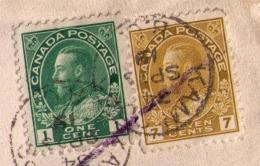 Not known at the address and returned. Instructional marking stamped on the back of the envelope:

Undelivered for reason stated To be returned to sender at the address shown on the cover, _ from Returned Letter Section, London

The registration fee was increased from 5 cents to 10 cents. 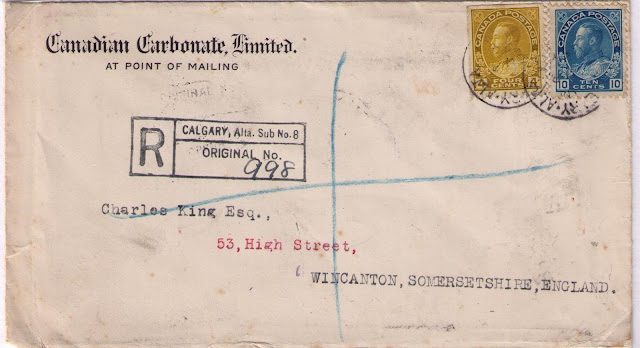 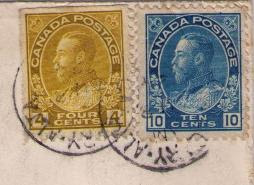