This post deals with mail sent from Canada to or through the United States in the 1792 to 1851 period.

In his classic text, The Postage Stamps and Postal history of Canada, Winthrop Boggs devotes a chapter to `Postal Relations Between Canada and the United States 1792 - 1886`. Boggs provides the following guidelines to classify a cover from Canada to the United States:

3. If between June 1, 1792 and November 15, 1847, inclusive, the Canadian postage must be prepaid, but the United States postage could be PAID or UNPAID.

4. If between November 16, 1847 and May 14, 1849, inclusive, the Canadian postage must be prepaid, but the United States postage could not be prepaid at Canadian offices, although United States Stamps could be affixed to be treated by U.S. postal officials as they saw fit. 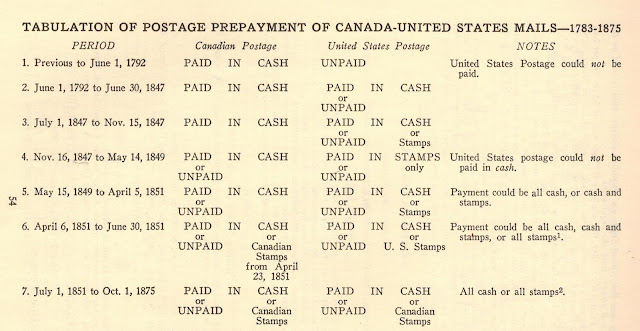 The Canadian rate was the rate from the office of origin to the lines.

Letters transported across the border by ferry were subject to a `ferriage` charge from 1829 to 1837.

The U.S. rates were from the lines to the destination.

Letters from Canada to the United States had to be prepaid to the lines but the U.S. charge could be prepaid or collected by the addressee.

The cover below was sent from York to London, England, "Via New York". A ferry fee was imposed in addition to the postage rate from York to Queenston. Both Canadian and American postage were prepaid at York. The remaining postage was paid by the recipient. 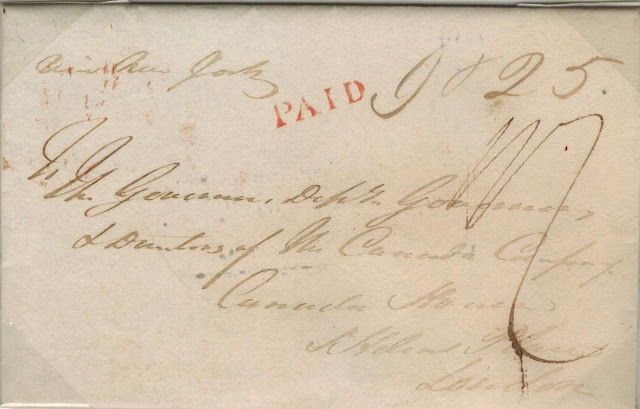 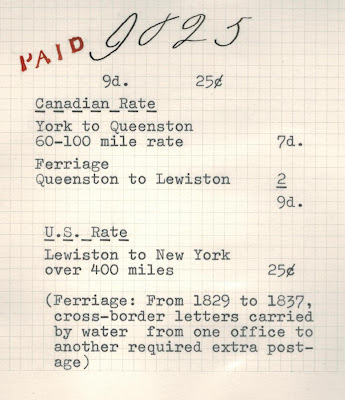 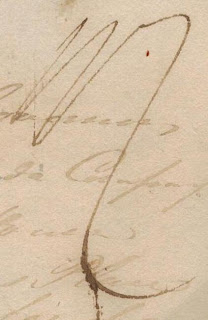 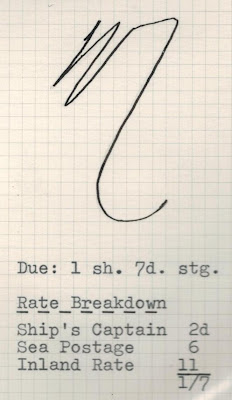 The next cover is an 1838 letter mailed from Hamilton to Rochester, N.Y. 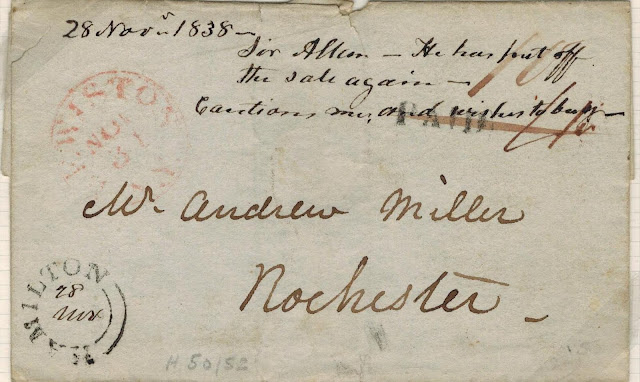 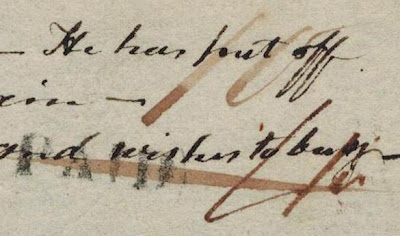 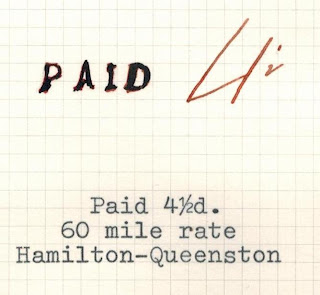 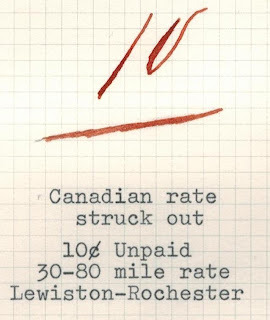 Kingston to New York : 1843
Kingston was an exchange office. Since the Kingston P.M. was also P.M. for the United States, there was no Canadian charge. 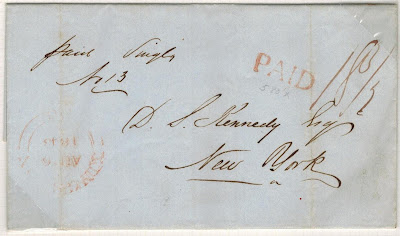 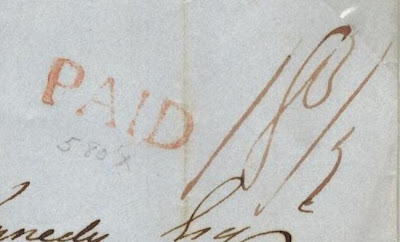 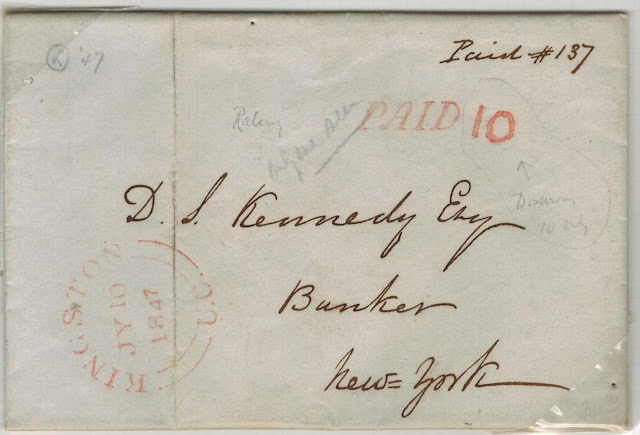 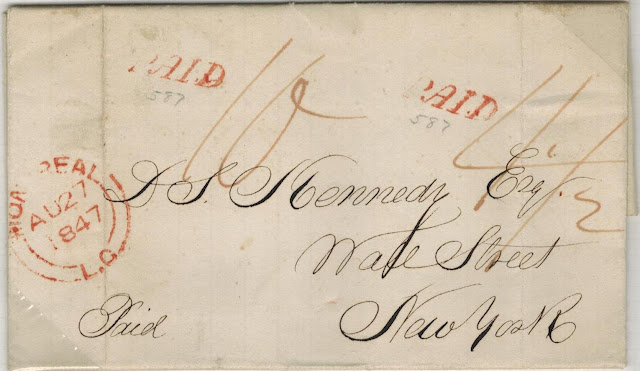 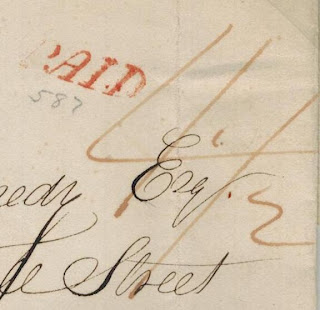 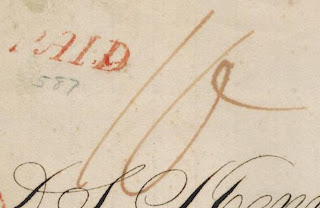 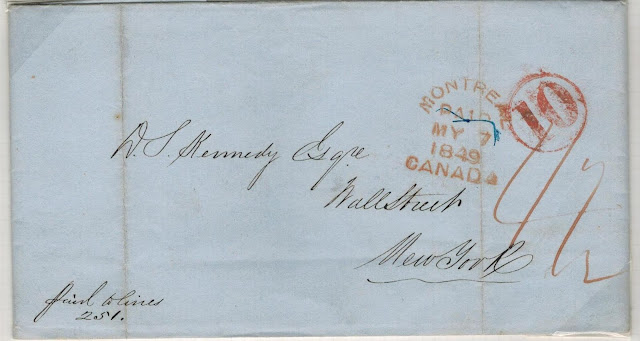 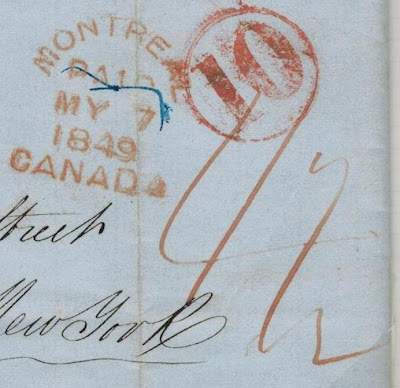 In 1849, an arrangement was reached in which letters between the United States could be paid through or not at all. Partial prepayment was not allowed. 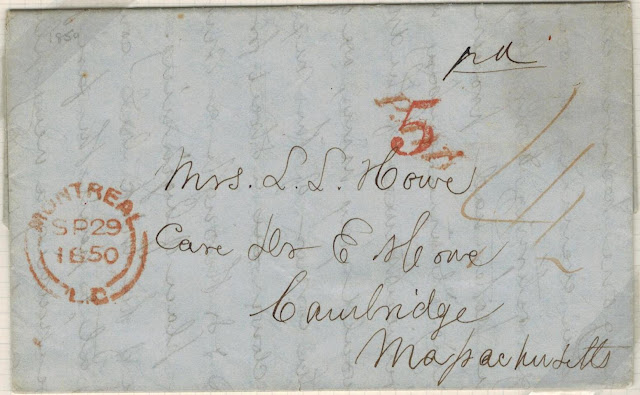 Montreal to Cambridge, Mass., September 29, 1850
The postage was completely paid. 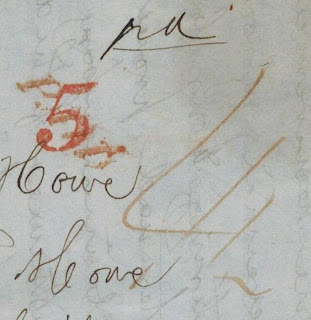 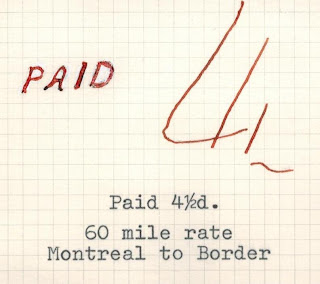 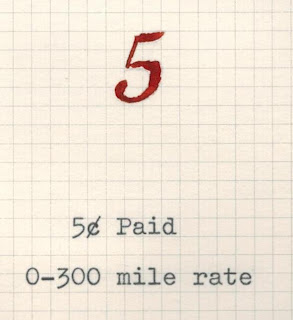 Posted by philcovex at 5:04 AM