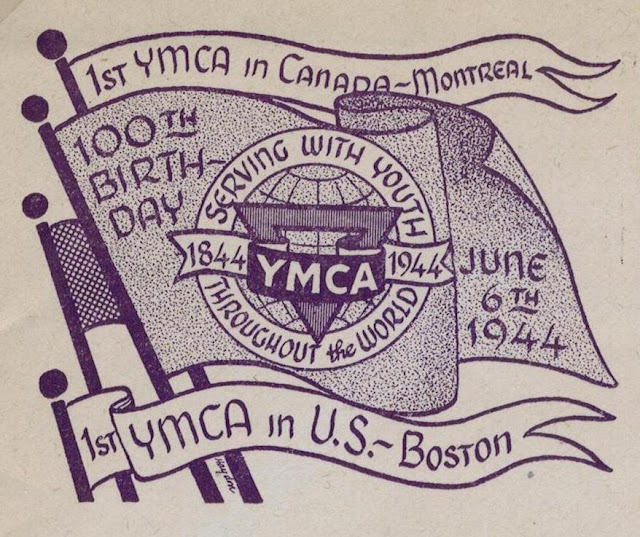 The Young Men's Christian Association (YMCA) is a worldwide organization founded by George Williams on June 6, 1844 in London, England. This post shows souvenir covers created in 1944 to celebrate the YMCA's centennial.

In 1851, the first YMCA in North America was established in Montreal. 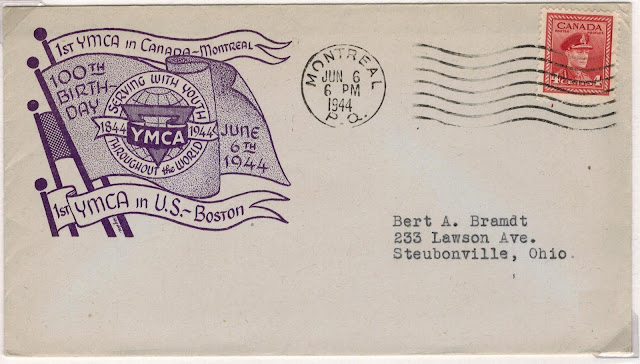 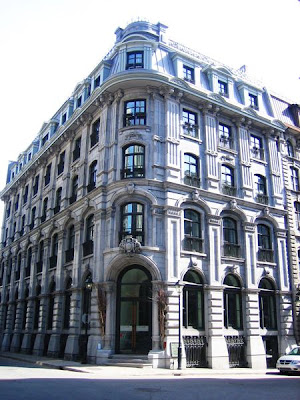 Location of first YMCA
in Montreal

Soon after the Montreal YMCA was opened, the first YMCA in the United States was established in Boston in 1851. 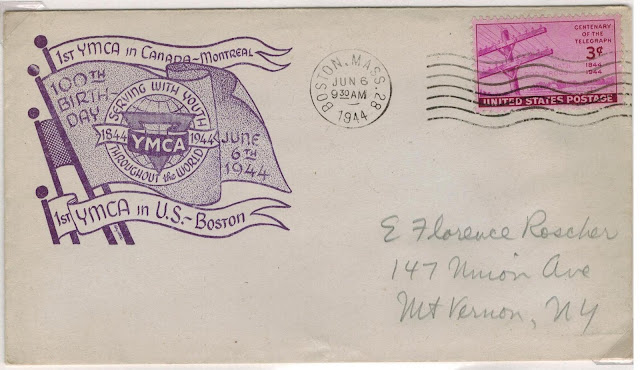