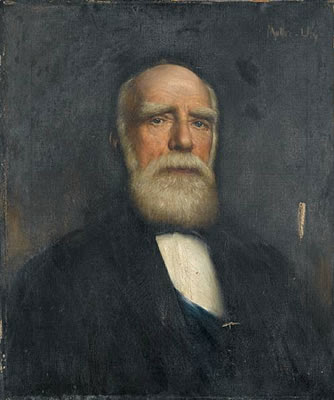 Donald Smith (1820 – 1914) was a Scottish-born fur trader, railroad financier, politician, and diplomat. Smith was sent by the Canadian government to the Red River Settlement (Manitoba) to negotiate an agreement with Louis Riel, and was a major participant in the handing over of Hudson Bay Company territories to the Canadian government, resulting in the formation of the Northwest Territories in 1870. Smith was a member of the Manitoba legislature from 1870-74, and the House of Commons from 1871 -78 and 1887-96. Smith became extremely wealthy through his investments, and was involved in many Canadian and American corporations in the later part of the 19th century. Smith was an enthusiastic supporter of the Canadian Pacific Railway and his financial backing was essential to its progress. He was invited to drive the last spike when the railway was completed in 1885. 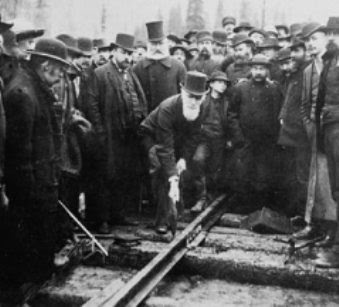 In April 1896 Prime Minister Sir Mackenzie Bowell appointed Smith high commissioner for Canada in the UK, a post he held, along with the Hudson Bay Company governorship, until his death. He was raised to the peerage as Baron Strathcona and Mount Royal in 1897.

Canada Post Office honoured the 150th anniversary of Donald Smith's birth with the release of a commemorative stamp on November 4, 1970. 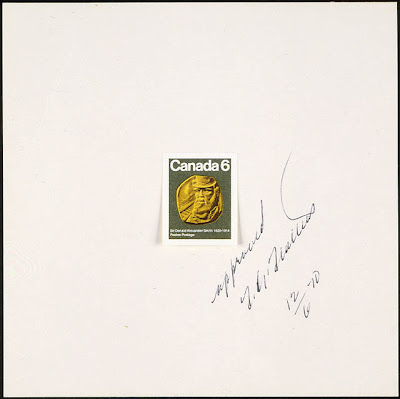 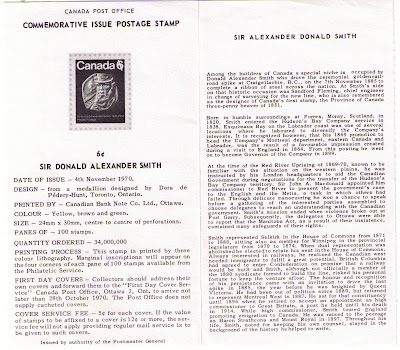 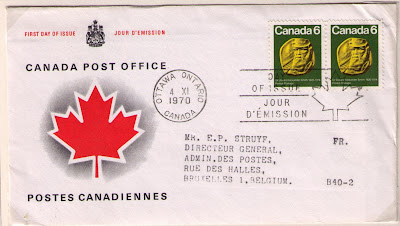 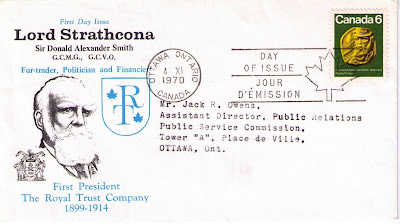 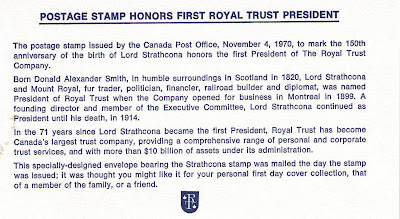 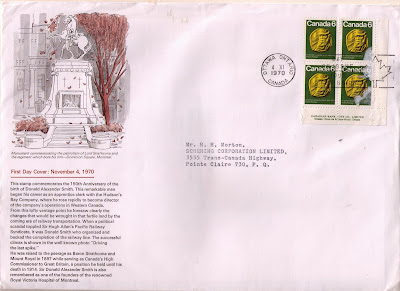 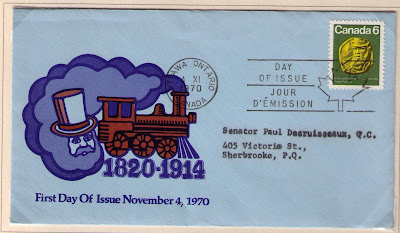 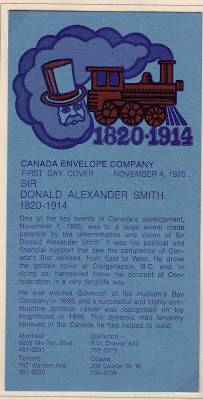 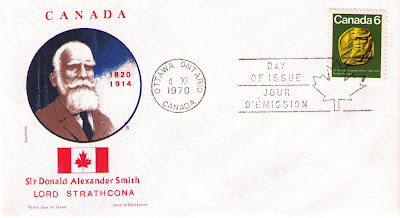 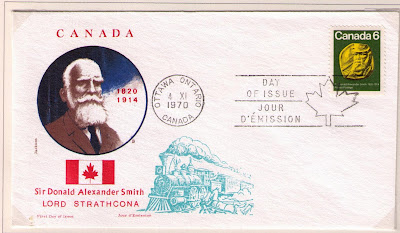 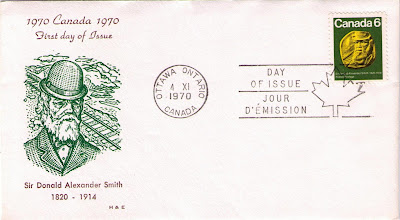 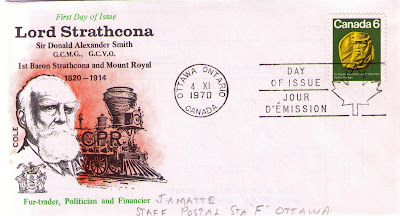 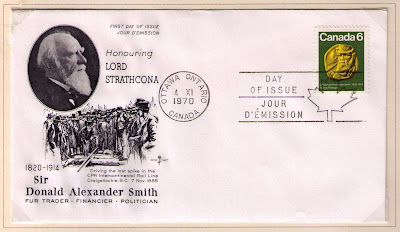 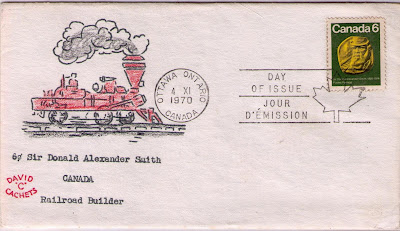 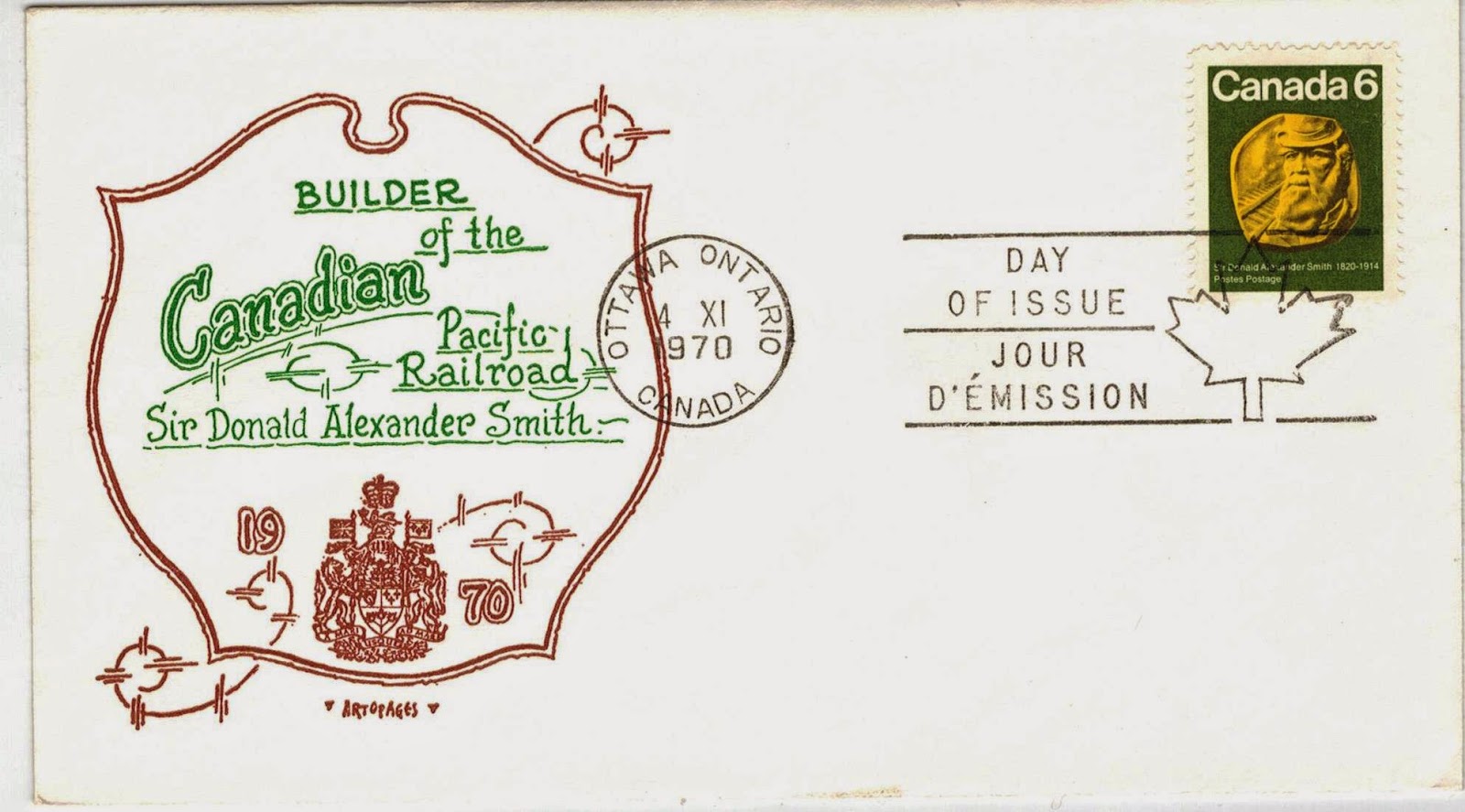 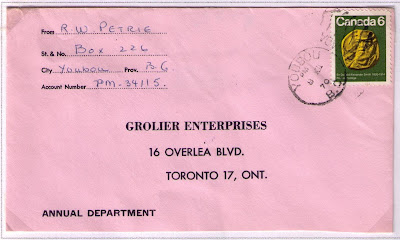