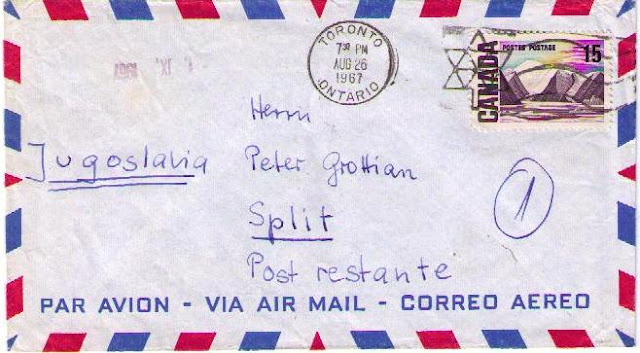 This air mail "Poste Restante" letter was sent from Toronto to Split, Yugoslavia on August 26, 1967. Since Yugoslavia charged for inland poste restante mail, this international letter could therefore be charged. The poste restante charge was 1.0 dinaro. Split labels were attached to the back of the envelope and cancelled on September 7, 1967. 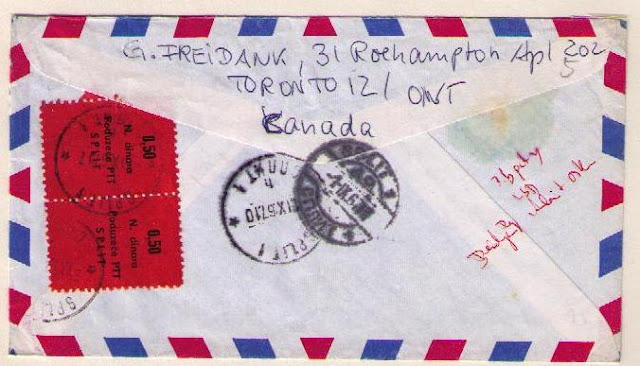 Split labels (2 x 0.50 dinars) attached to back of envelope 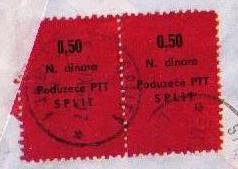 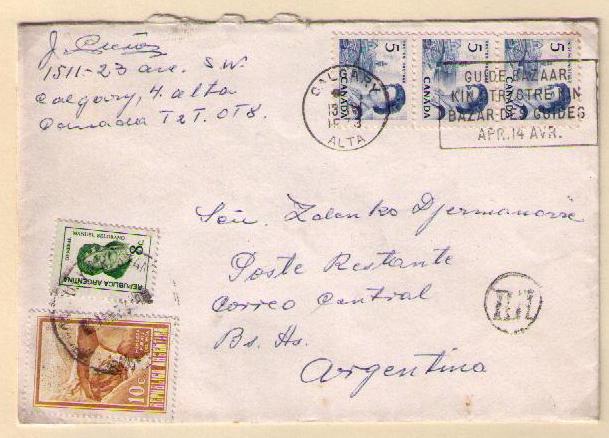 Poste restante mail was returned to sender if not collected within a specified period of time. To keep track of when mail was received and when it should be returned, the Argentine post office applied handstamps indicating the month the item was received.

"IIII"
Mail received in April
Posted by philcovex at 12:06 PM