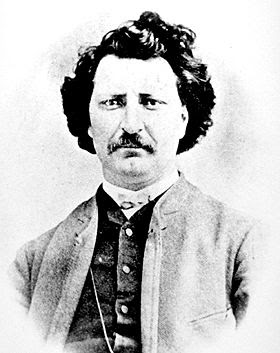 Louis Riel (1844-1885) was a Canadian politician, a founder of the province of Manitoba and the leader of the Métis people of the Canadian Prairies. Riel, referred to by historians as one of the decisive figures in Canada's formative years, was an articulate and intelligent but enigmatic figure endowed with a deep sense of "mission".

The Government of Manitoba's Louis Riel Day website provides the following account of Riel's life:
[In 1868] Riel found the Red River Métis distressed by Canada’s plans to annex Hudson’s Bay Company lands. They feared losing traditional lands and livelihoods. An 1869 land survey by the Government of Canada stirred Riel into action. He formed a militia, turned back surveyors, took possession of Upper Fort Garry and began the Red River Resistance.

During the winter of 1869-1870, Riel, just 25 years old, formed a provisional government and presented Canada with a Bill of Rights that, on May 12, became the Manitoba Act, 1870. Riel’s provisional government approved it on June 24 and the act came into effect on July 15.
Unfortunately, while his provisional government negotiated with Canada during the winter of 1870, Riel allowed an agitator to be tried and executed for insubordination. Vilified in eastern Canada for the execution, Riel feared lynching by the approaching Wolseley expedition and fled to the U.S. in August 1870.
In following years, Riel was elected to the Canadian Parliament and denied his seat on three occasions. In 1874, he was convicted of murder and sentenced to death for the 1870 execution. Within months, Riel received amnesty on the condition that he remain in exile for five years.
In 1884, Riel was raising a family and living in Montana as an American. Asked to negotiate for Saskatchewan Métis as he had done at Red River, Riel saw opportunity to create a Métis homeland, but Canada sent soldiers instead of negotiators. Métis resistance was defeated in the North-West Rebellion at Batoche in May 1885. Found guilty of high treason and hanged in Regina, Riel’s life ended November 16, 1885.
Today, Louis Riel is widely regarded as the Father of Manitoba.
Canada Post Office issued the Louis Riel commemorative stamp on June 19, 1970. 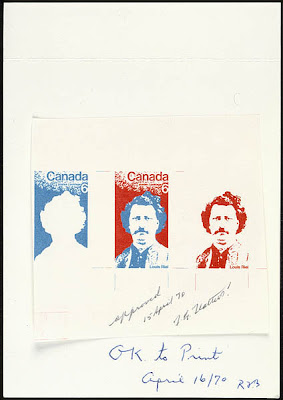 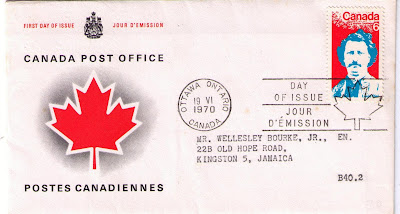 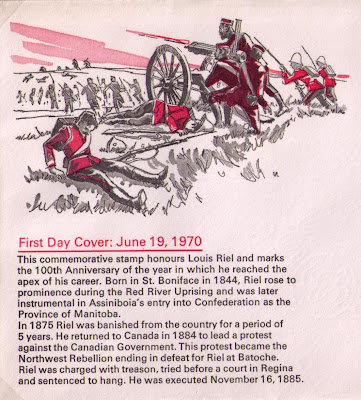 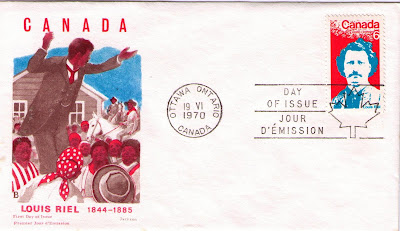 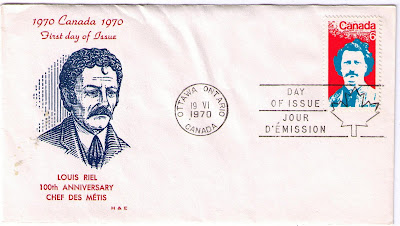 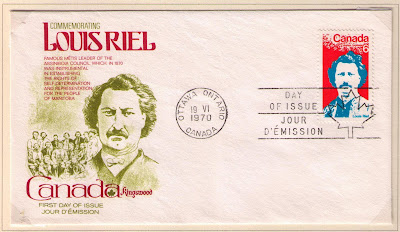 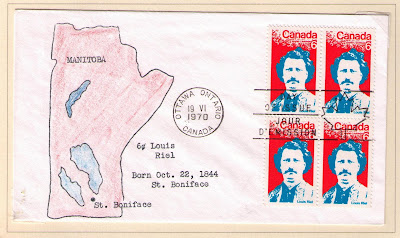 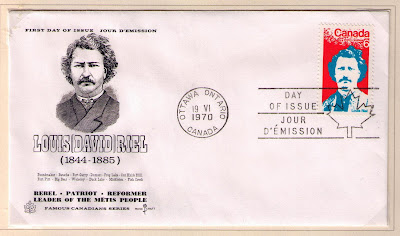 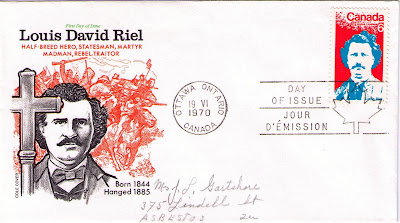 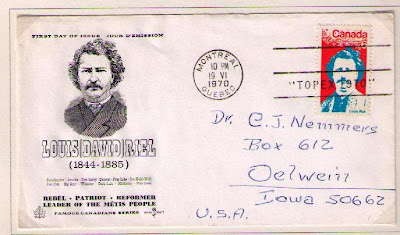 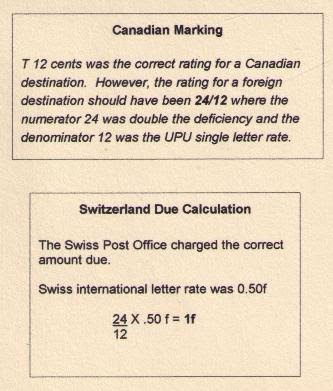 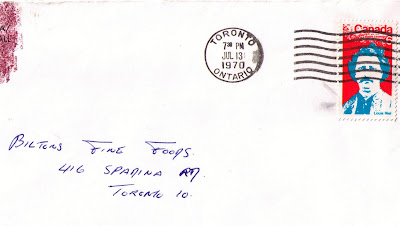 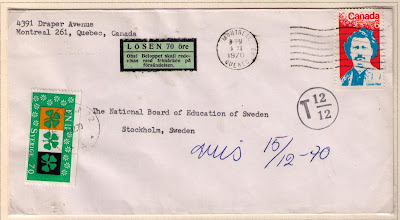 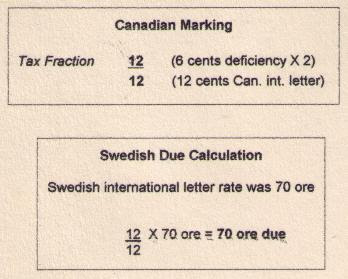 Posted by philcovex at 3:04 AM