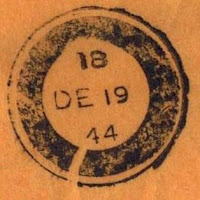 In 1941, the Canadian Department of National Defence requested that the Canada Post Office delete all local date stamps on letters arriving from H.M.C. Ships. It subsequently requested that Merchant Marine, Canadian Army, and RCAF mail be treated in a similar manner. Starting in December, 1942, Canada Post Office removed the town names from cancellers used in port cities and designated military areas. Although introduced to censor military mail, these "blackout" cancellers were used on both military and civilian mail.

Mr. Leith notes that blackout cancellations from about two dozen locations on the east and west coasts have been reported.

Mr. Leith lists the following four types of machine cancellers in use in Canada during the blackout period : Columbia, Perfect, Universal Model-D, and Pitney-Bowes Model-G. He explains why there are four blackout machine types, as follows:


Dater hubs on these models were not compatible with one another and consequently there are four distinct blackout machine types. In all cases only the hub rim was replaced; the dater and killer bars remained the same after conversion.

The Perfect and Pitney-Bowes Model-G blackout cancels are shown in this post. (Columbia and Universal machines cancels not shown) 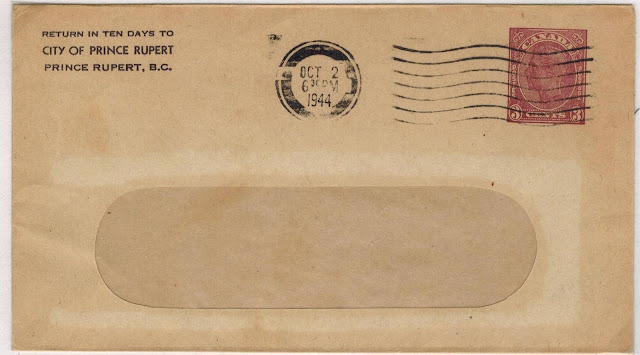 Mr. Leith notes that over forty different slogans with blackout machine cancels were in use.

SAVE TIME
FLY YOUR MAIL 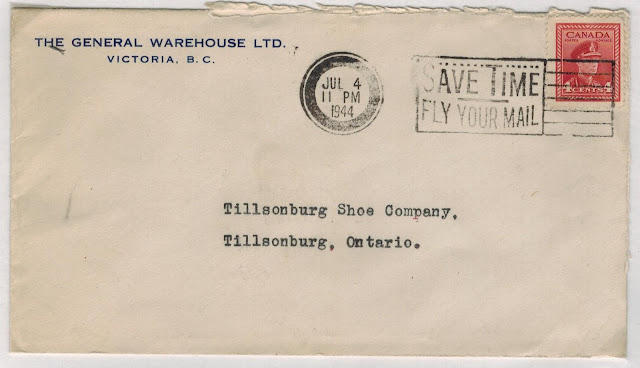 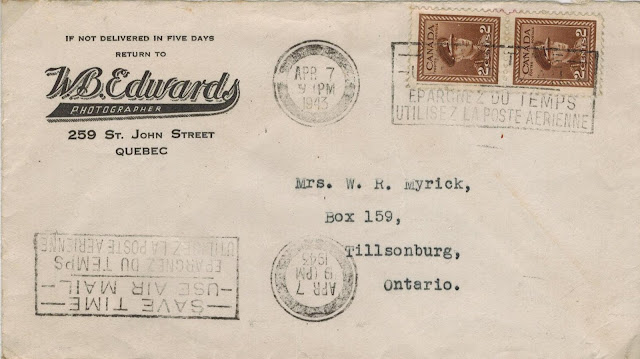 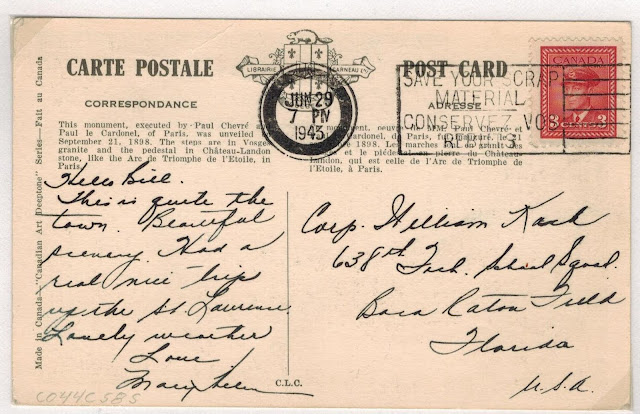 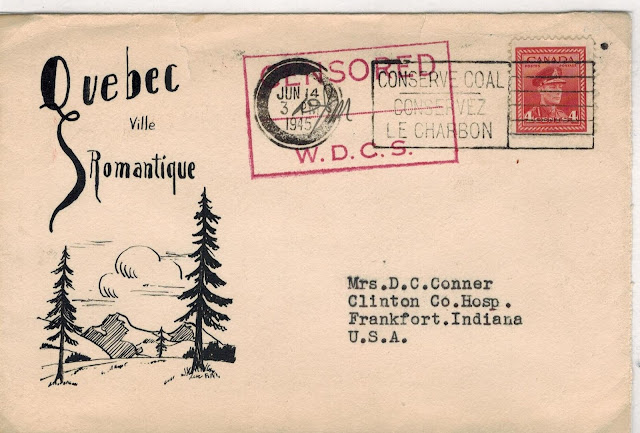 CONSERVE COAL
SAVE ONE TON
IN FIVE 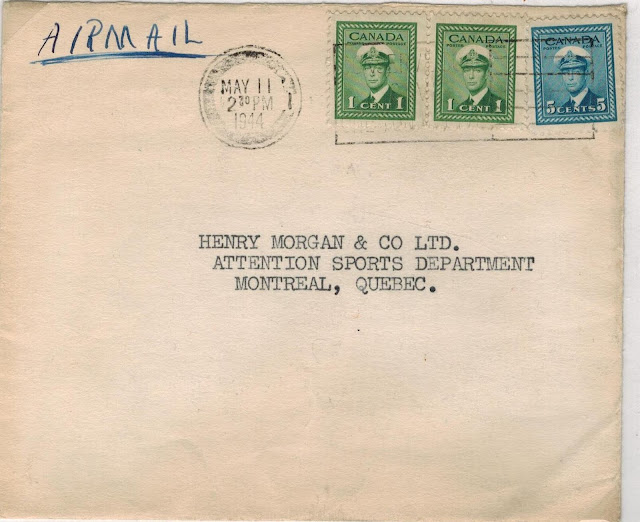 SAVE METALS
RAGS AND
WASTE PAPER 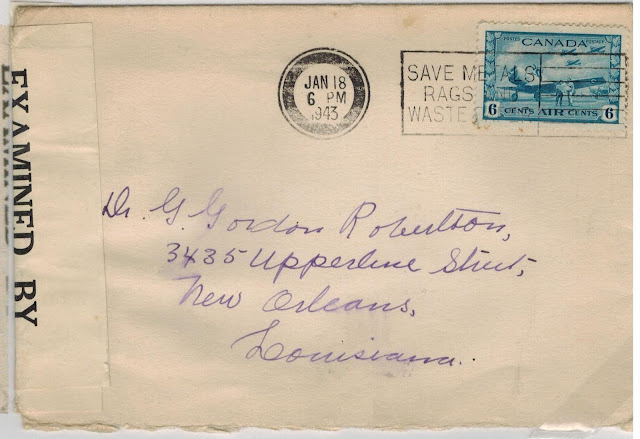 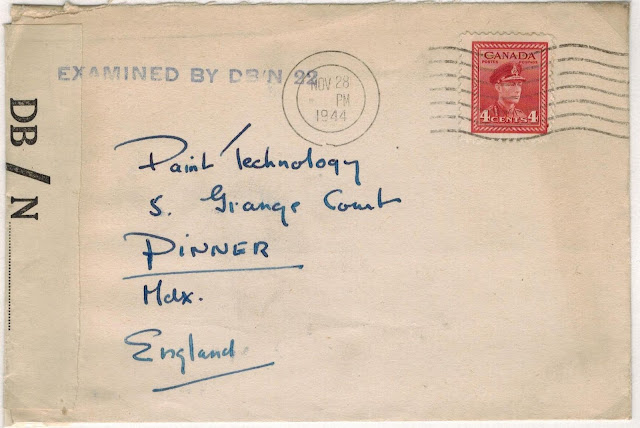 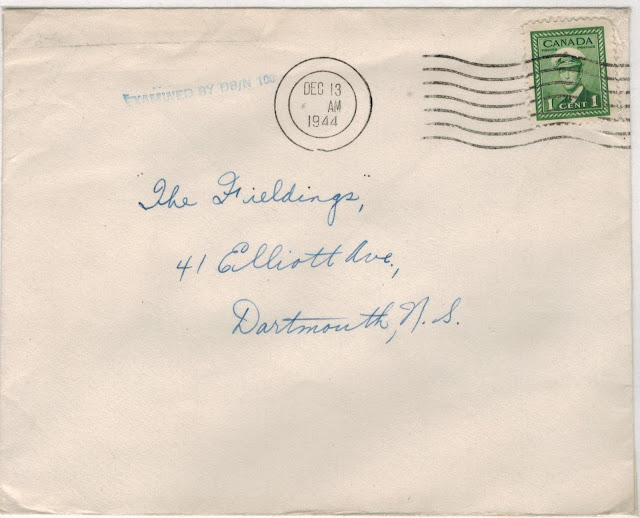 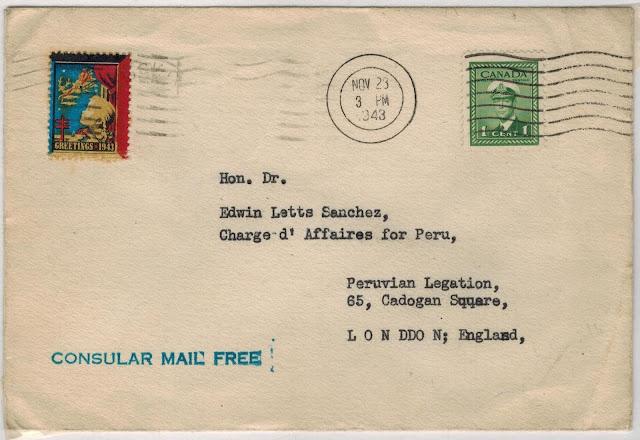 CONSERVE COAL
SAVE
ONE TON IN FIVE 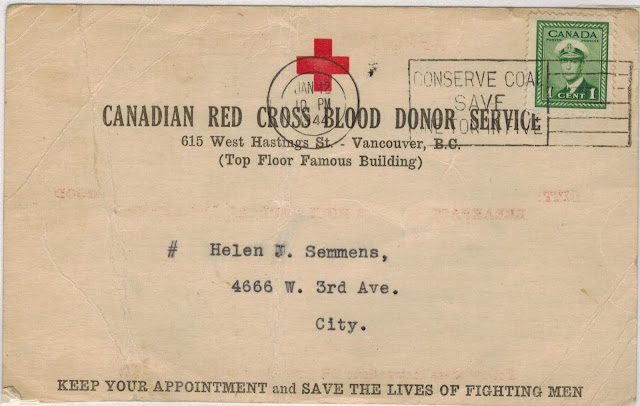 PAY NO MORE
THAN
CEILING PRICES 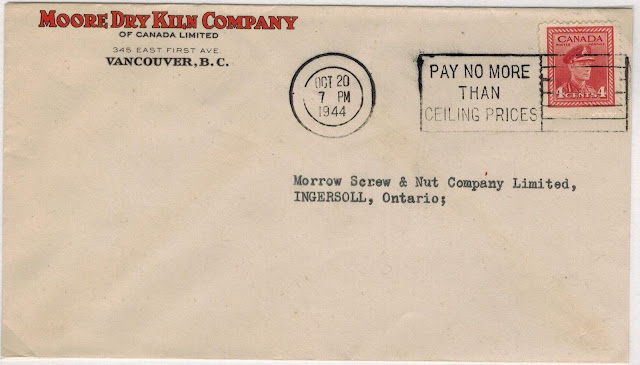 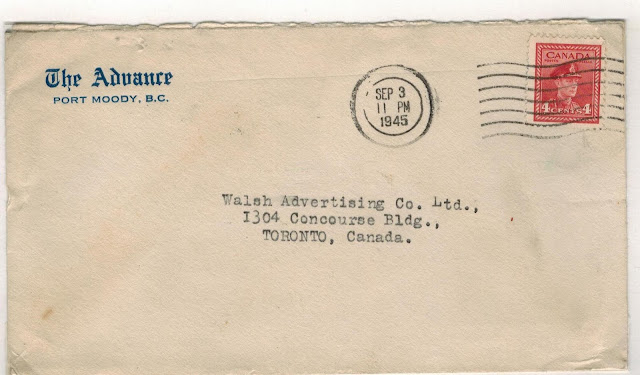 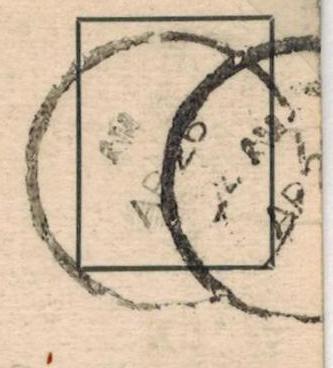 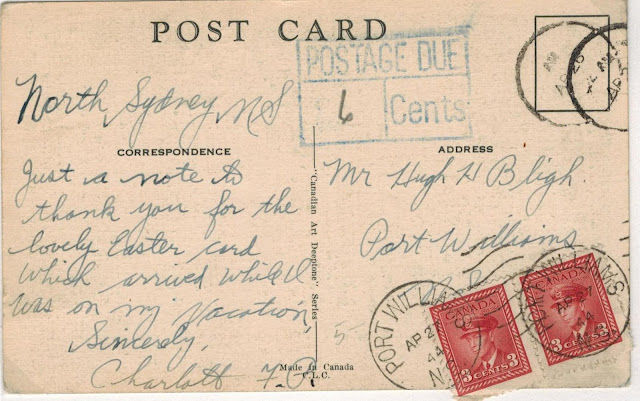 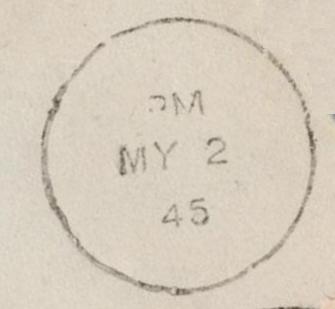 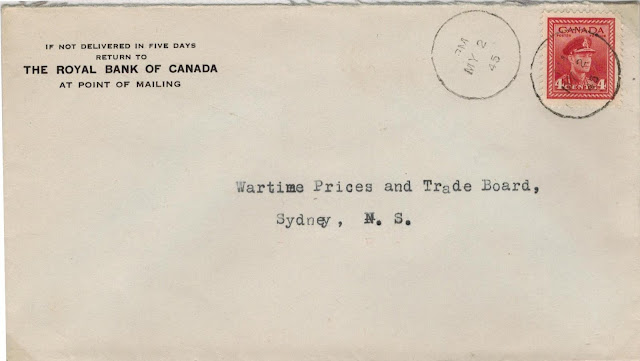 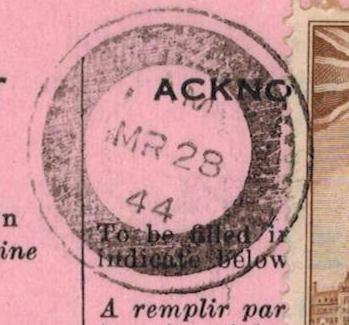 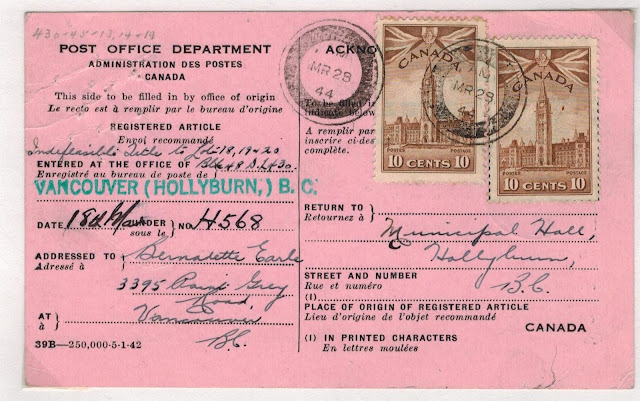 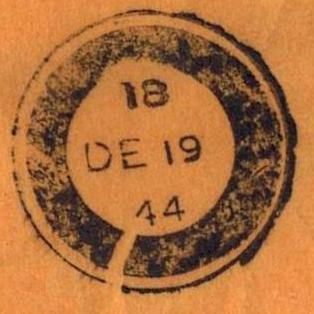 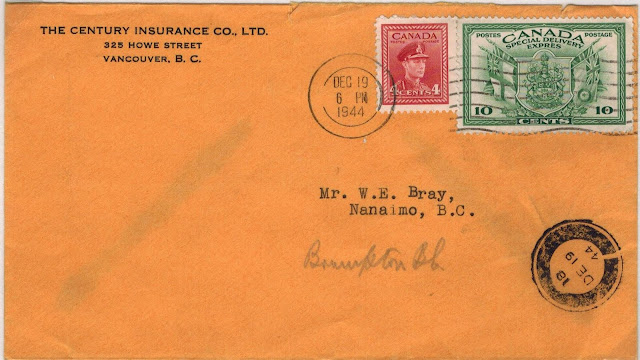 Five blackout duplex cancels had been identified by 1995. An example is not shown in this post.
Posted by philcovex at 4:30 AM