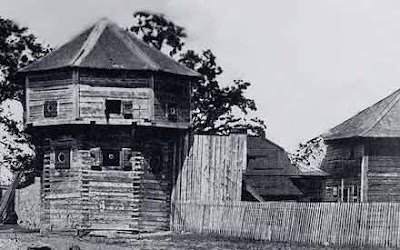 Fort Victoria, built in 1843, was a fur trading post of the Hudson's Bay Company on Vancouver Island. The fort was the beginning of a settlement that eventually grew into Victoria, British Columbia.

In 1943, a pictorial slogan cancellation commemorating Fort Victoria's centennial was produced for use at the Victoria post office. 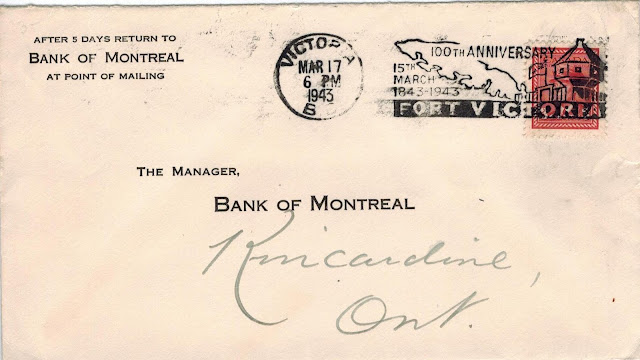 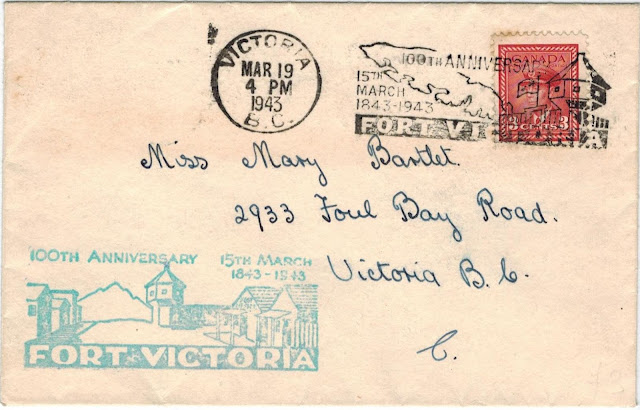 Posted by philcovex at 4:34 AM