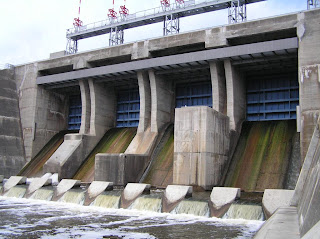 The Shand Dam, on southwestern Ontario's Grand River, was the first multi-purpose dam in Canada, built for flood control and low flow augmentation to improve water quality during the dry summer months. The dam created a 12-km long reservoir (Belwood Lake) the centre of the Belwood Conservation area.

Over 3500 people attended the opening on August 7, 1942. A huge street dance followed in Fergus, 5-km downstream from the dam. The Elora and Fergus post offices were provided with commemorative rubber cachet handstamps to mark the event. Examples of the special markings are shown in this post. 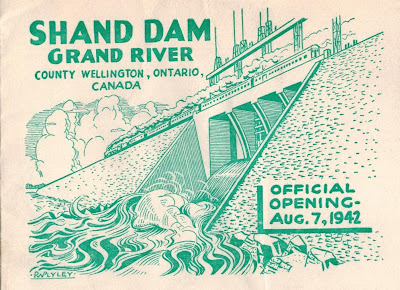 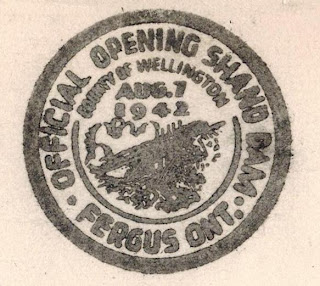 The Elora cachet was used on commercial mail after Shand Dam's opening day. 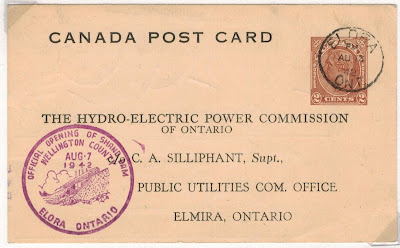 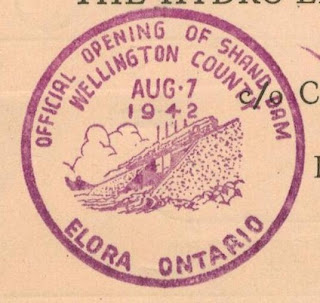 Elora cachet
Posted by philcovex at 3:54 AM