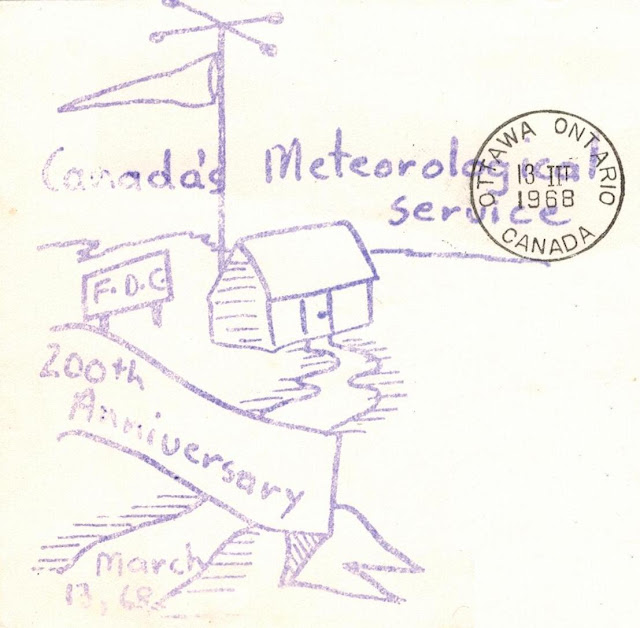 Two 1968 first day covers printed on a "Ditto"machine are shown in this post. They are the first ditto cachets seen by the author. The "Ditto" machine was a spirit duplicator used by schools, church groups, and other organizations from the late 1920s to the 1980s to produce inexpensive copies. Copies made on the machine were most commonly printed in aniline purple. Other colours such as red and green were also available. Dittoing was a low tech, reliable method of making copies. Since the machines used a hazardous alcohol solvent (methanol/isopropanol) in the process they were removed from schools. Both covers are addressed to Ottawa resident Kathryn Jensen. 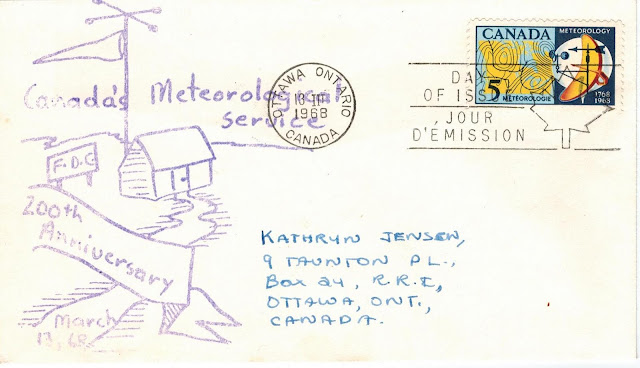 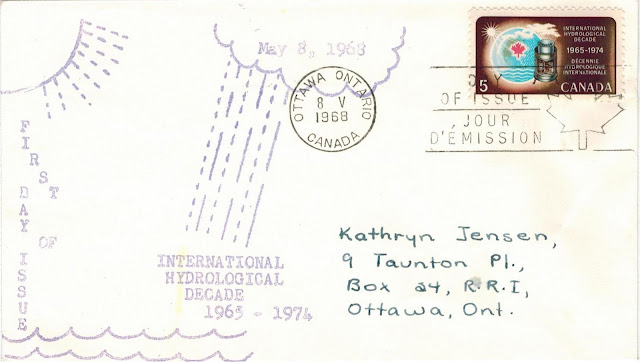