The back cover of the Canadian Red Cross pocket calendar was used as a model for the Red Cross stamp. 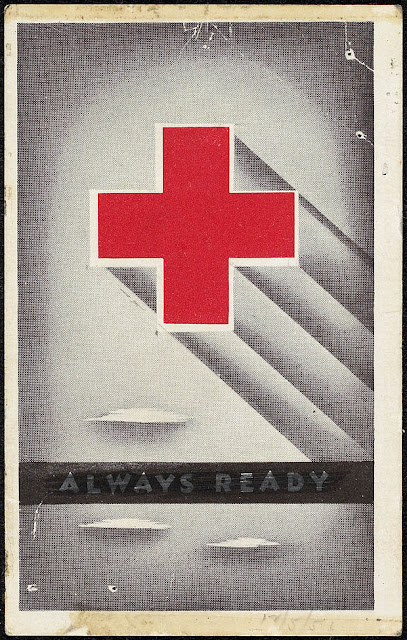 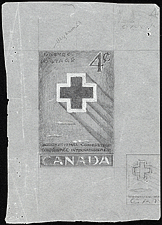 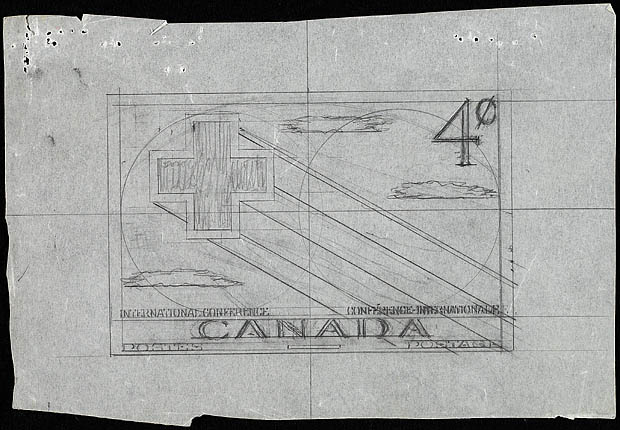 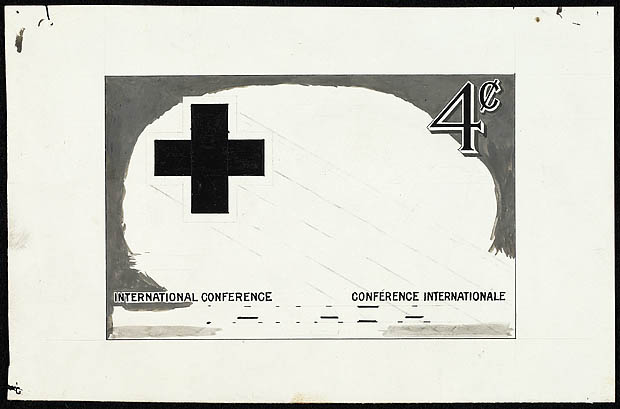 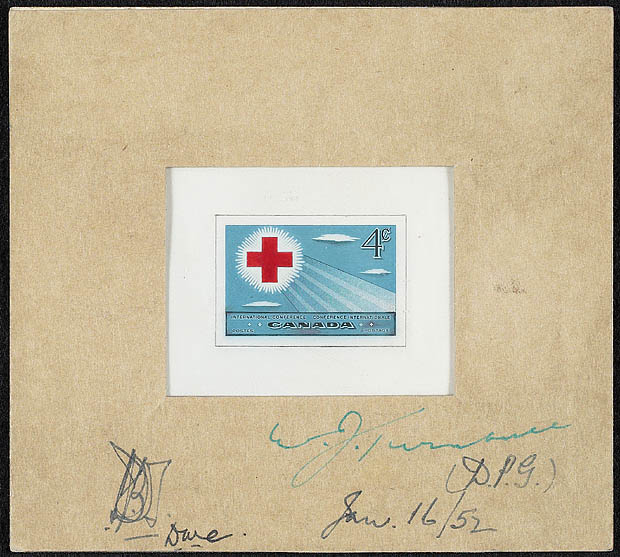 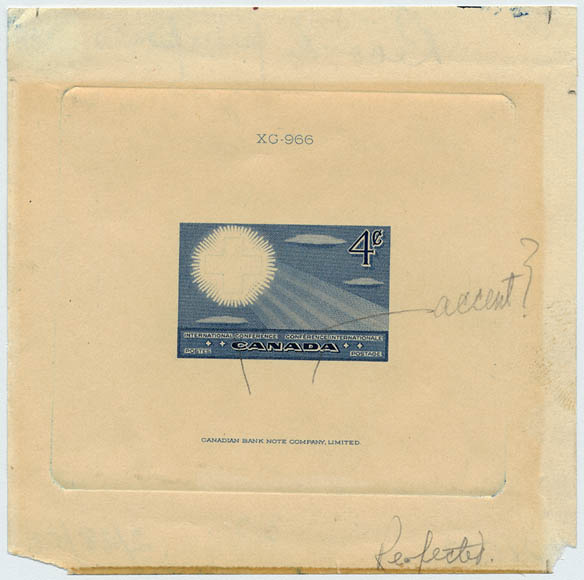 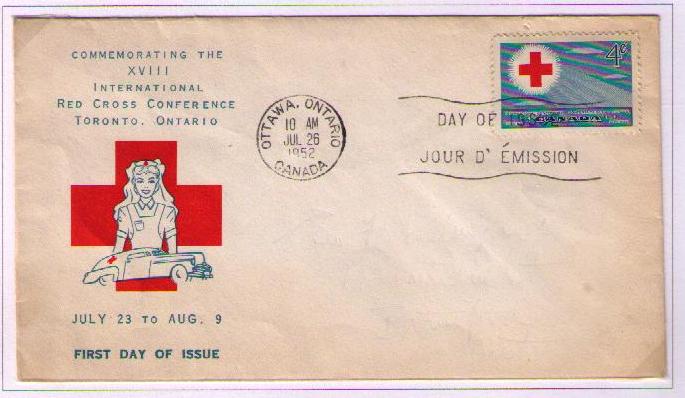 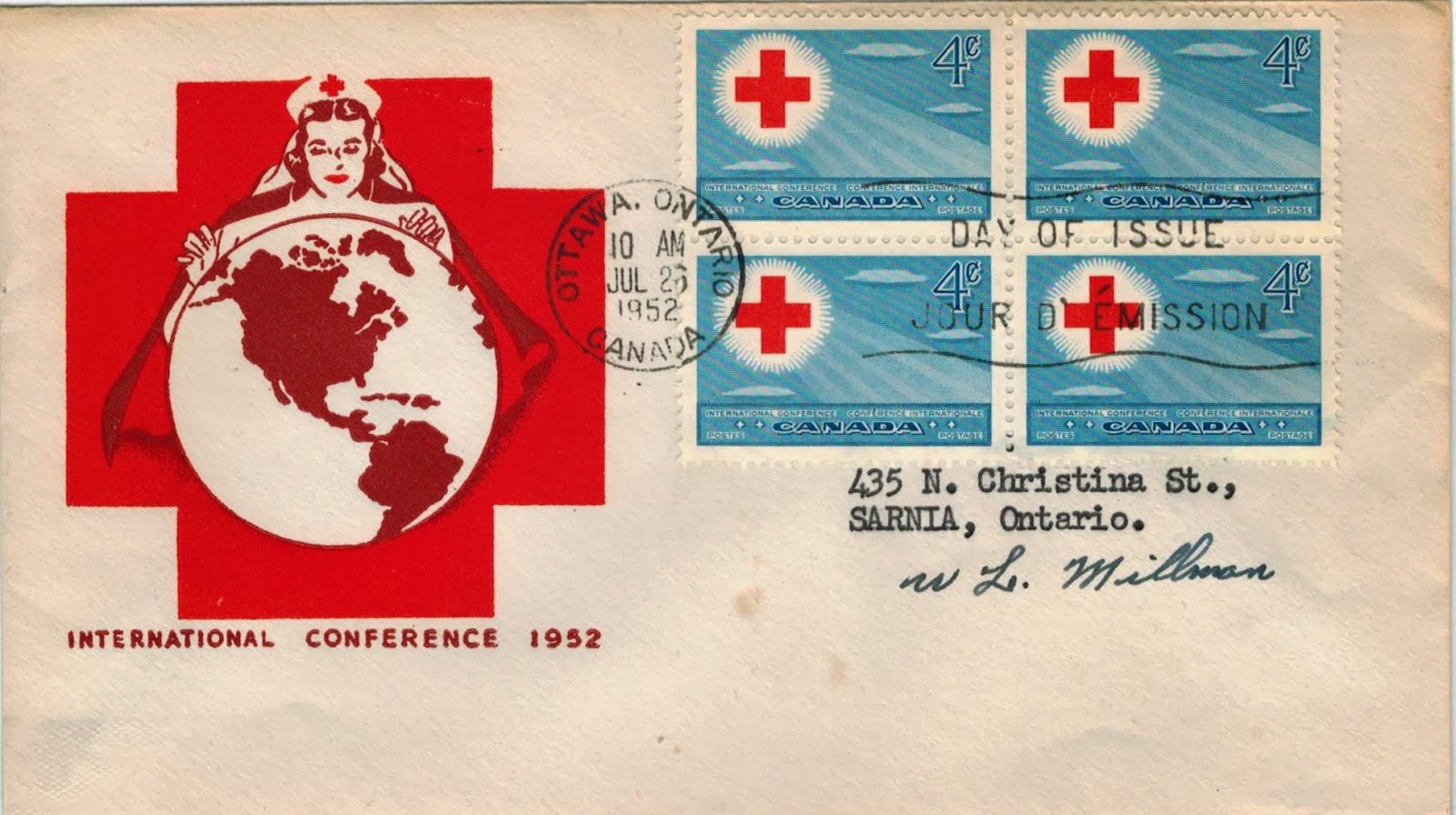 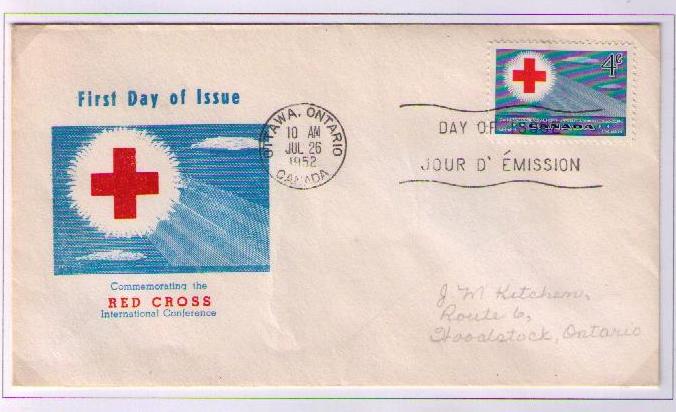 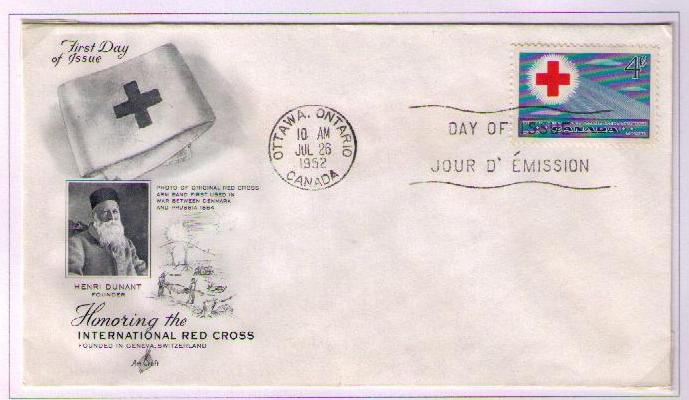 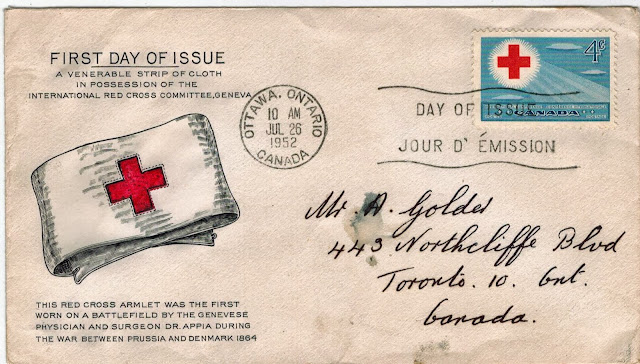 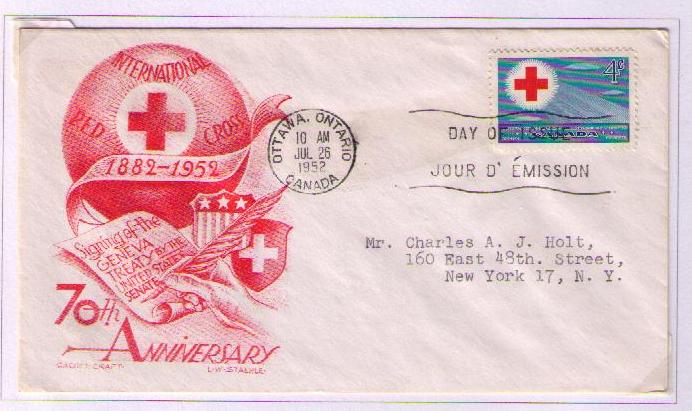 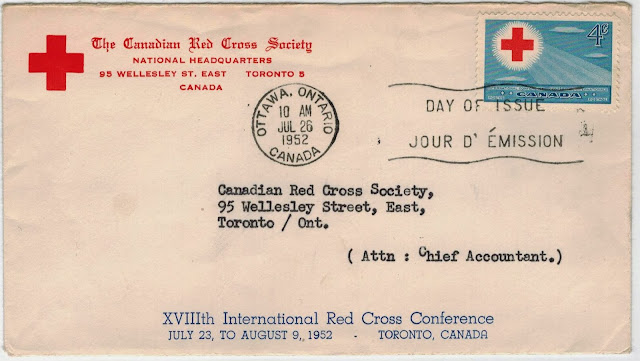 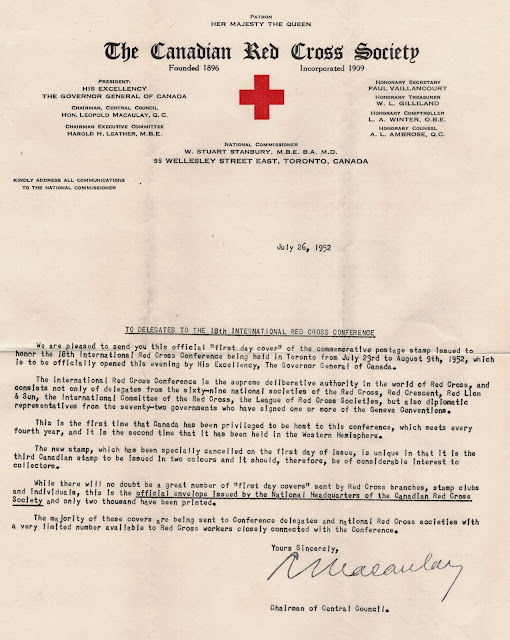 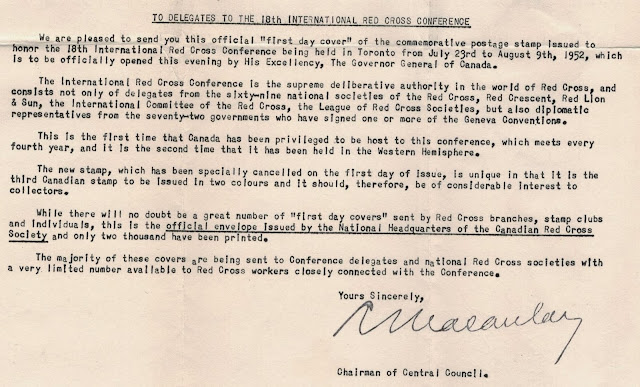 
TO DELEGATES TO THE 18TH INTERNATIONAL RED CROSS CONFERENCE

We are pleased to send you this official "first day cover' of the commemorative postage stamp issue to honor the 18th international Red Cross Conference being held in Toronto from July 23rd to August 9th, 1952, which is to be officially opened this evening by His Excellency, The Governor General of Canada.
.....

The new stamp, which has been specifically cancelled on the first day of issue, is unique in that it it the third Canadian stamp to be issued in two colours and it should, therefore, be of considerable interest to collectors.

While there will no doubt be a great number of "first day covers"  sent by Red Cross branches, stamp clubs and individuals, this is the official envelope issued by the National Headquarters of the Canadian Red Cross Society and only two thousand have been printed.

The majority of these covers are being sent to Conference delegates and national Red Cross societies with a very limited number available to Red Cross workers closely connected with the Conference. 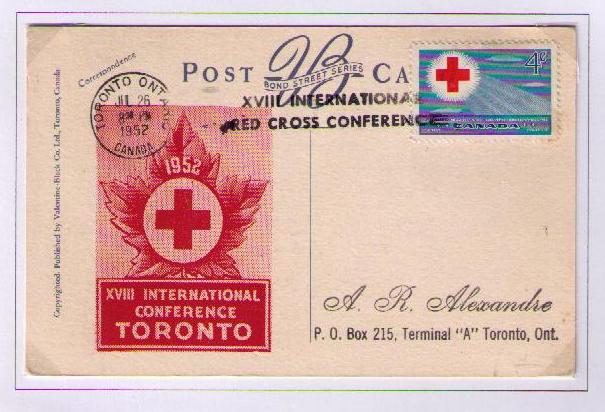 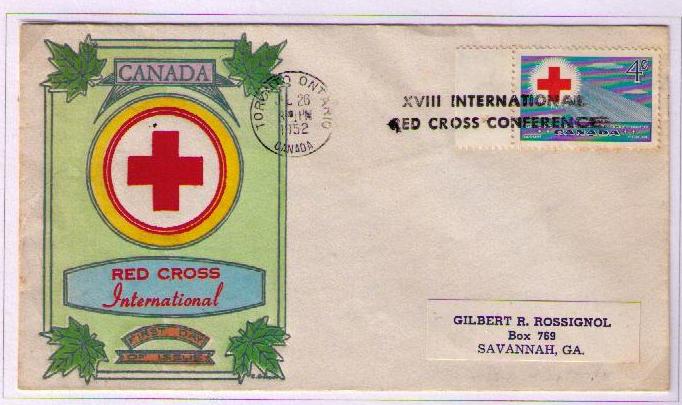 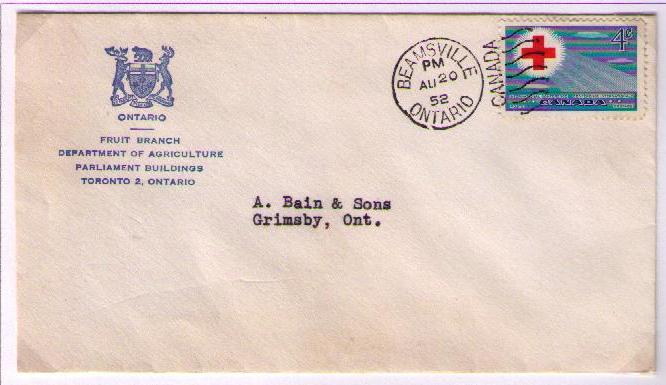 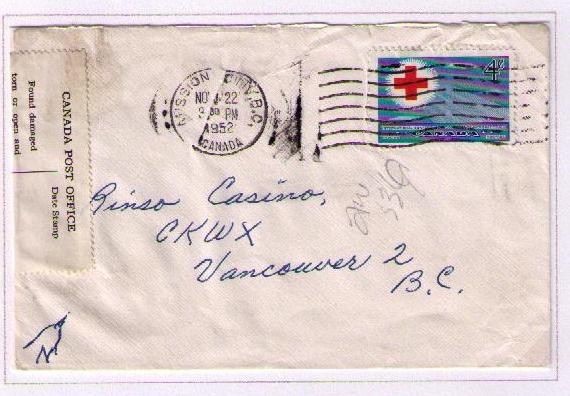 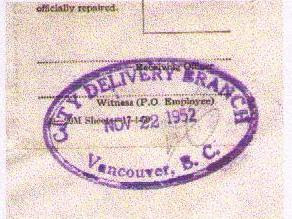 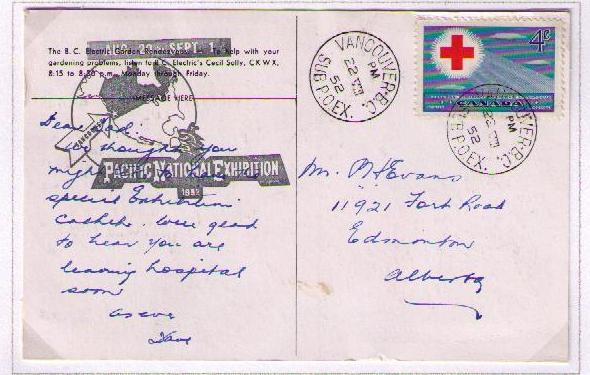 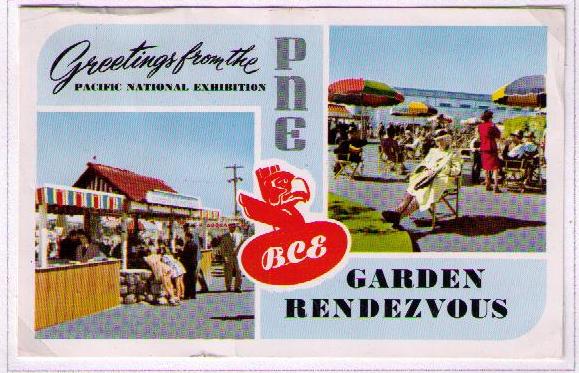 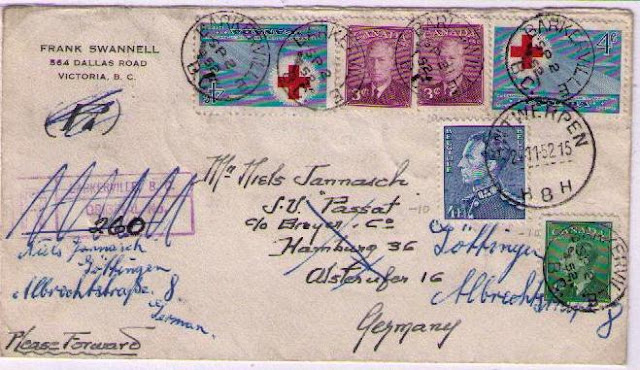 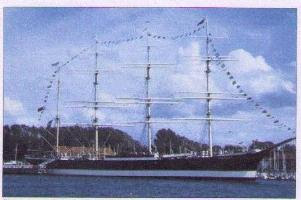 SV Passat is a German four-masted steel barque and one of the last surviving windjammers. The name "Passat" means trade wind in German. In 1951 Passat became an auxiliary sailing school ship of the German merchant marine. In 1957, the Passat was decommissioned. The ship is now a youth hostel venue, museum ship, and landmark anchored in Travermunde, a borough of Lubeck, Germany. 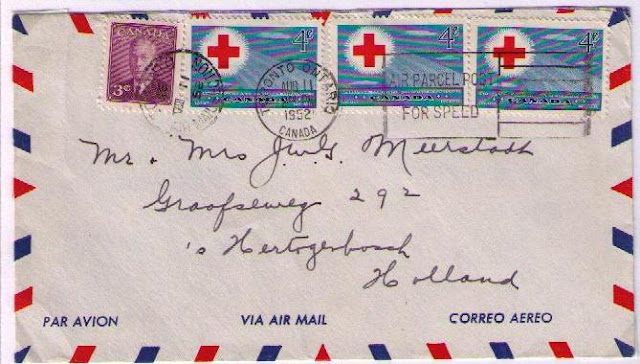 Posted by philcovex at 9:06 AM