Postal history collecting presents interesting challenges from time to time. The Northwest Territories envelope tag which is the subject of today's posting is one such item. 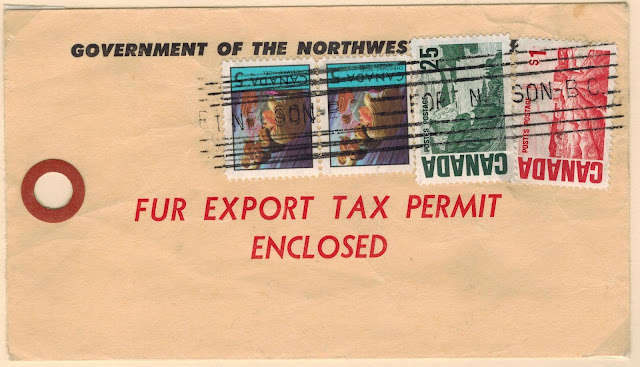 The Government of the Northwest Territories envelope tag is labelled "FUR EXPORT TAX PERMIT ENCLOSED" and was likely attached to a shipment of furs. The stamps paying for the parcel post were affixed to the envelope tag rather than the address label (which I do not have).

The postage affixed to the label was $1.35. The use of the 1969 Christmas stamps establishes that the furs were shipped after October 8, 1969.

The stamps were cancelled at Fort Nelson, B.C., with an undated roller.

The furs may have been shipped from Fort Nelson to the Vancouver fur auction. The rate for a 10lb. parcel within the province was $1.35 in the 1969 period.

The furs could have been shipped by trappers or hunters. 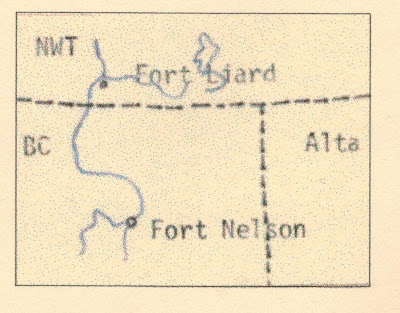 Trappers from Fort Liard, Northwest Territories, also trapped in Northern B.C. They could have flown to Fort Nelson (no roads at the time) or travelled overland by snowmobile or dog team to mail their furs to Vancouver.

In the late 1960s, access to some outfitting areas in the Northwest Territories was through Fort Nelson. Hunters would have required export permits for wolverine pelts which they may have shipped from Fort Nelson.


This is one of those postal history questions for which a definitive answer is not possible. Nevertheless the envelope tag reminds us of our fur trading heritage, triggering images of trappers, dog teams, and very cold weather.

Posted by philcovex at 4:44 PM 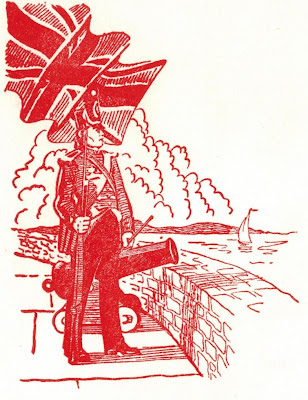 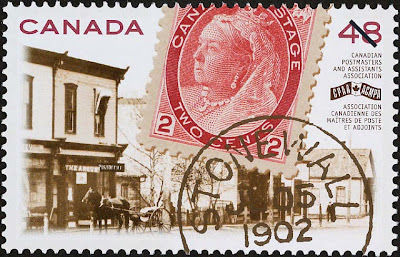 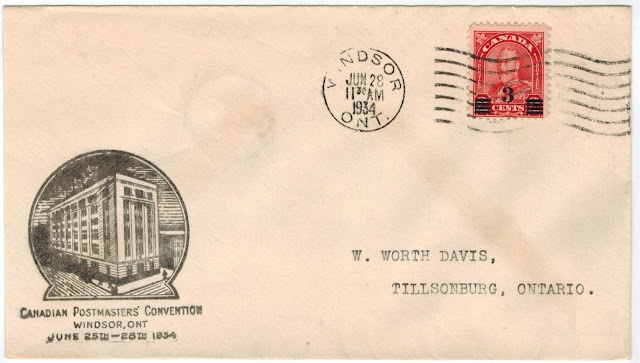 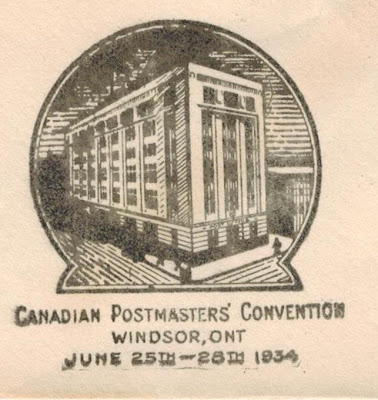 Esmond Butler
Secretary to the Governor-General

Esmond Unwin Butler (1922 - 1989), one of the key developers of the Order of Canada, served six Canadian governors general over 31 years.

Born in Wawanesa, Manitoba, Butler served in the Royal Canadian Navy during the 1939 -45 war and saw service on the Murmansk run. After the war and studies, he worked as a journalist for United Press in Switzerland.

In 1955, he joined Governor-General Vincent Massey's staff. Butler was hired to deal with the press which had been critical of Massey's personality ("as prim as a glass of sherry") and his appointment (the London Times objected to the appointment of a Canadian to the govenor general's post). Butler spent two years with Massey.

In March, 1956, Butler accompanied Governor-General Massey on his "Northern Tour". The photograph shown below was taken at Resolute Bay, N.W.T.

Queen Elizabeth, who was facing criticism from the Commonwealth that all her staff were British, asked Massey if Butler could join her staff as assistant press secretary. In 1958, Butler became the first Empire representative at the Palace serving Her Majesty at Buckingham Palace for 16 months. Butler spent holidays with the Royal family and while at the Palace met Georgiana North, niece of the Earl of Guilford, whom he married in 1960.

Butler returned to Canada in 1959 as secretary to Georges Vanier. Butler's appointment was not without controversy. Prime Minister John Diefenbaker wanted to appoint his press secretary Jim Nelson, but Vanier did not want Diefenbaker's man in the position. The Queen's private secretary recommended Butler and the Queen herself may have recommended Butler to Diefenbaker. Butler was retained as Secretary by succeeding Governors-General Roland Michener, Jules Leger, Edward Shreyer and Jeanne Sauve. Madame Sauve replaced the tradition-bound Butler in 1985. Butler was subsequently appointed Ambassador to Morocco.

In 1967, Butler was instrumental in the establishing of the Order of Canada, the country's highest honour which recognizes citizens for outstanding achievements or for exceptional contributions to the culture of the country.

Butler is shown coordinating the Order of Canada investitures in the photographs below. 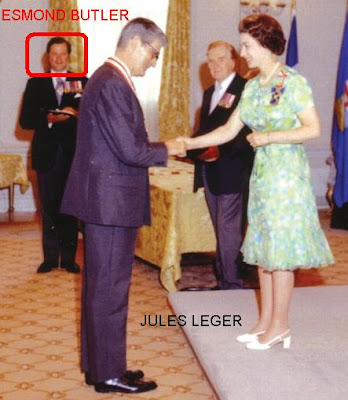 Jules Leger receiving the Companion of the Order of Canada
August 2, 1973 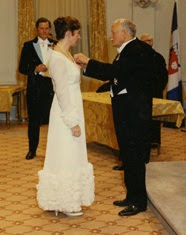 On October 21, 1992, Canada Post issued a pair of stamps commemorating the accomplishments of Governor-General Roland Michener. 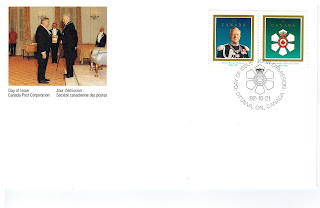 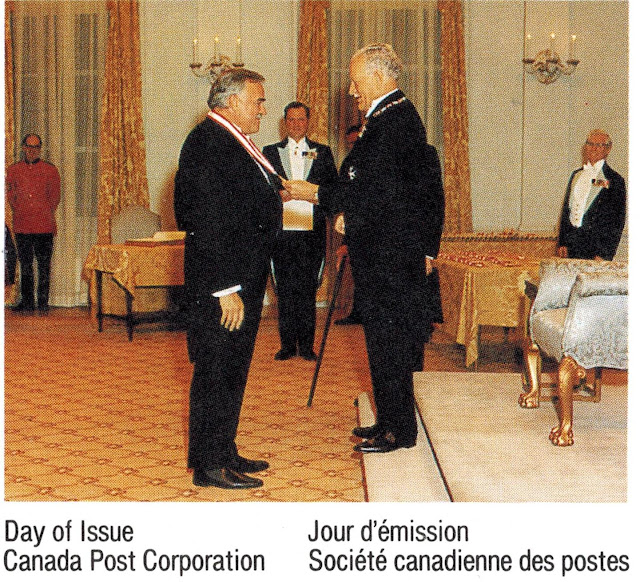 Esmond Butler Franking
Free mail privileges were granted to all letters sent from the Secretary to the Governor-General. 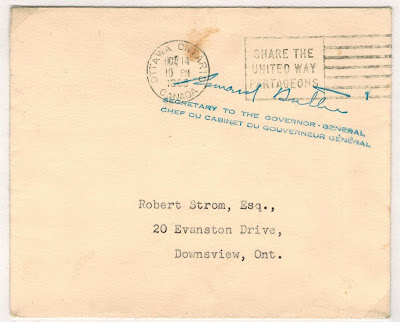 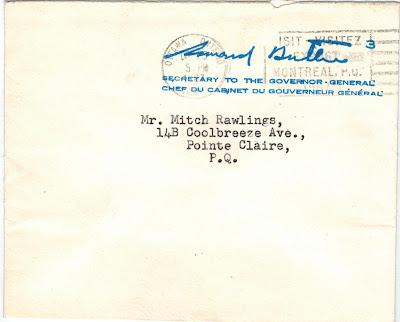 Esmond Butler 3
Posted by philcovex at 8:04 AM