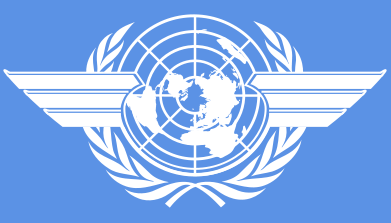 The International Civil Aviation Organization (ICAO) is a specialized agency of the United Nation
whose mandate is to ensure the safe, efficient and orderly evolution of international civil aviation.
ICAO has its headquarters in Montreal. Created in 1944 and operational in 1945, it has grown to an organization with over 180 Contracting States. ICAO's aim is the safe and orderly development of all aspects of international civil aeronautics. It provides the forum whereby requirements and procedures in need of standardization may be introduced, studied and resolved.
On June 1, 1955, the Canadian Post Office issued a 5 cents stamp designed by Walter Lohse to commemorate ICAO's tenth anniversary.

A web site dedicated to the postal history of the IACO can be found here. 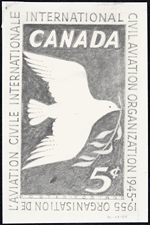 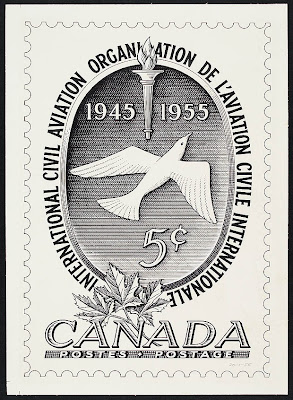 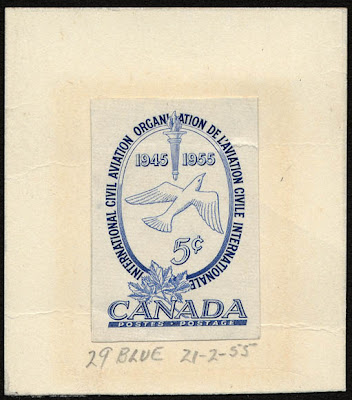 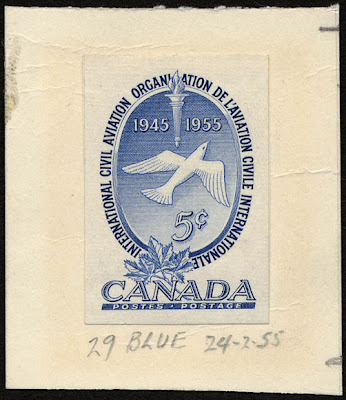 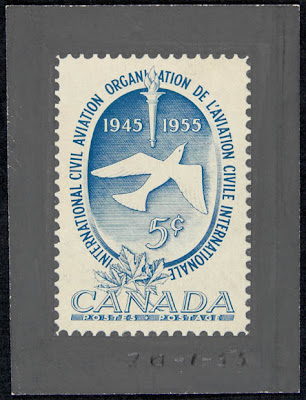 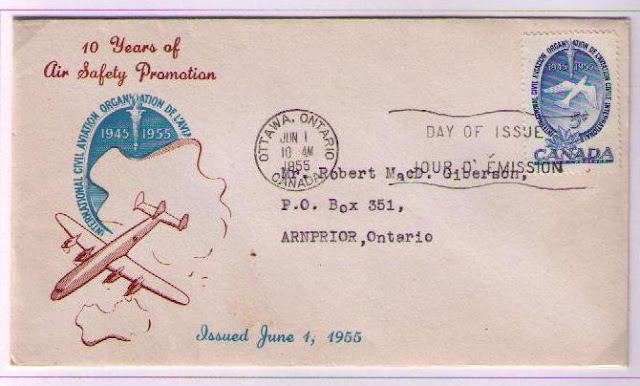 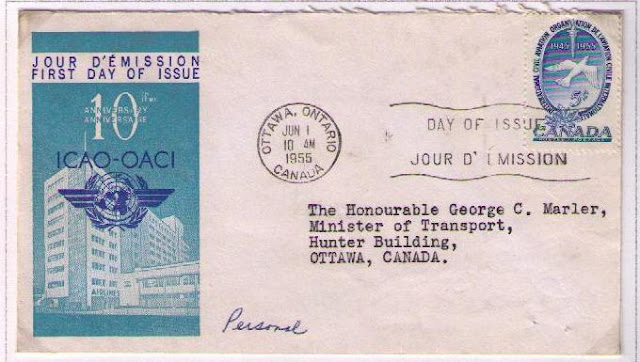 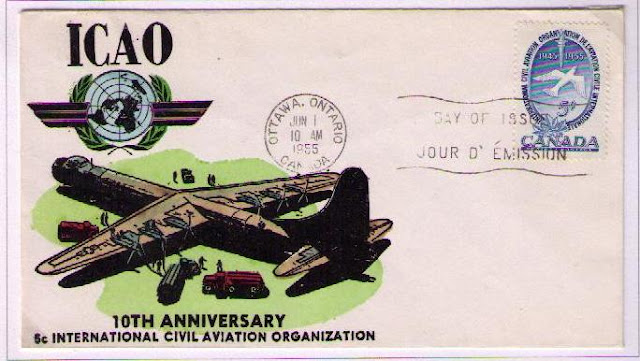 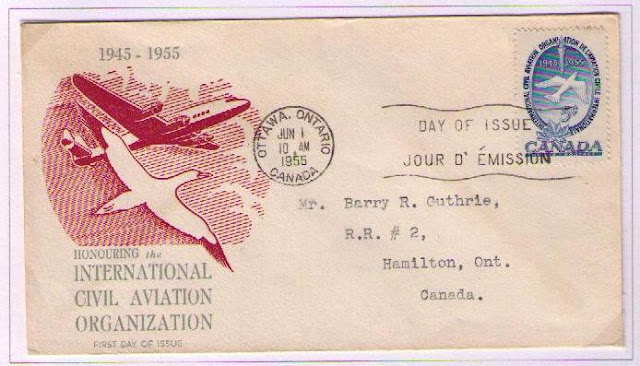 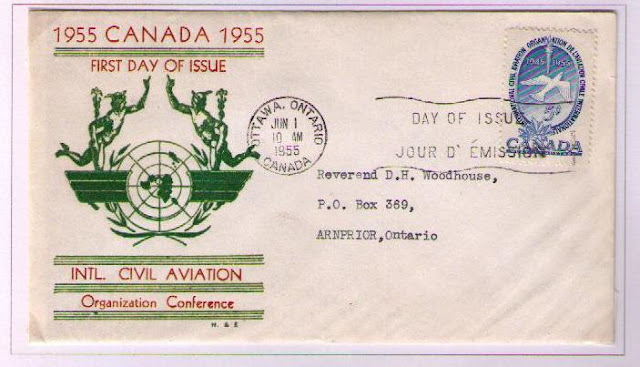 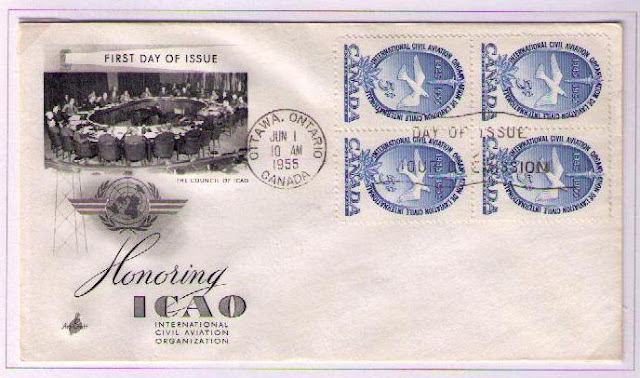 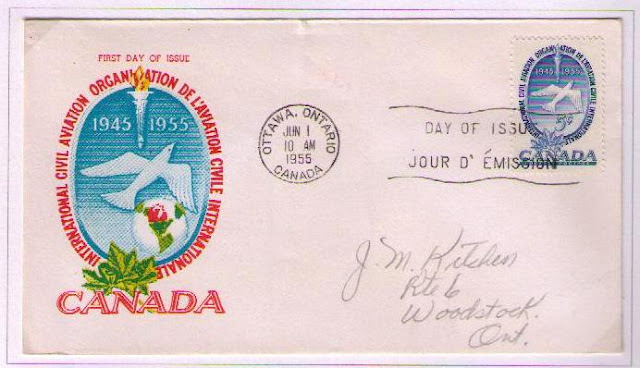 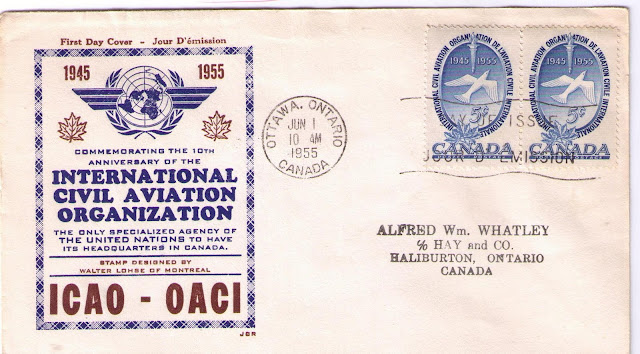 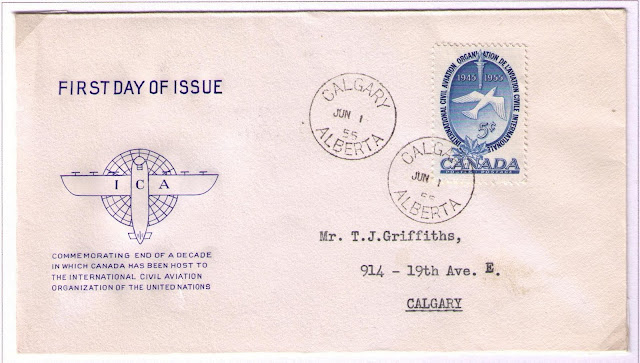 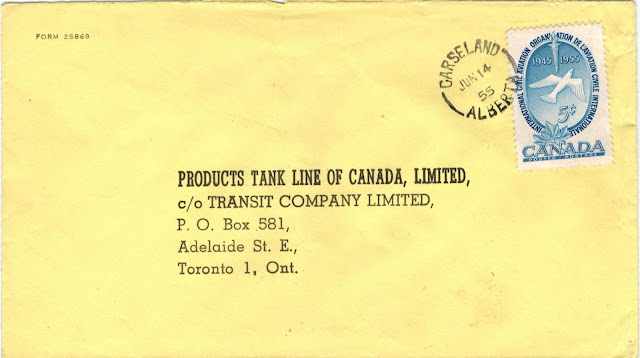 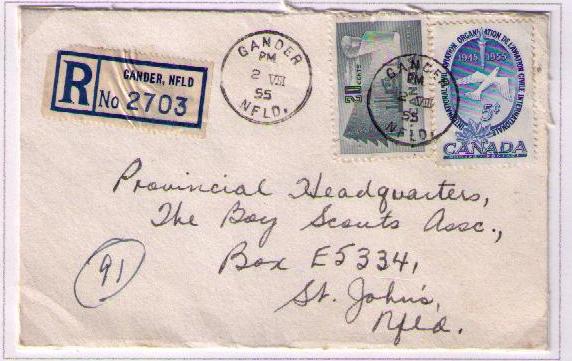 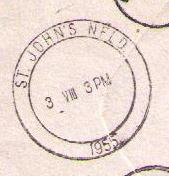 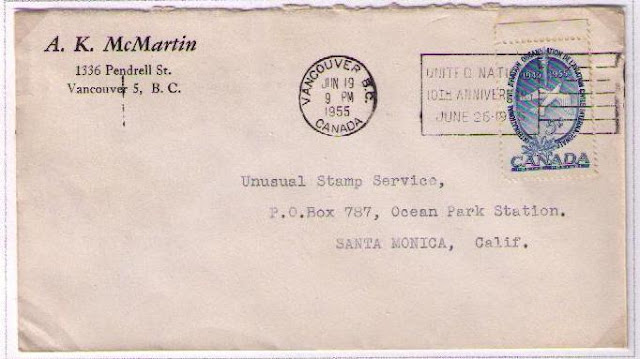 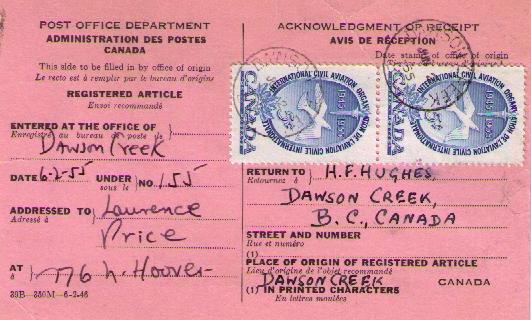 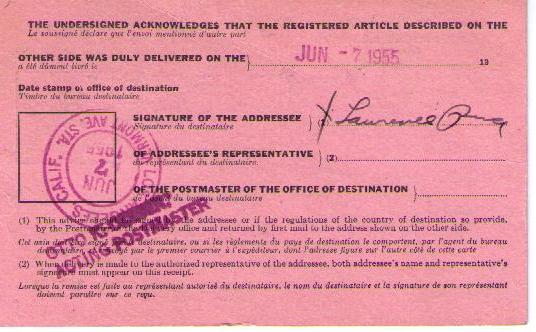 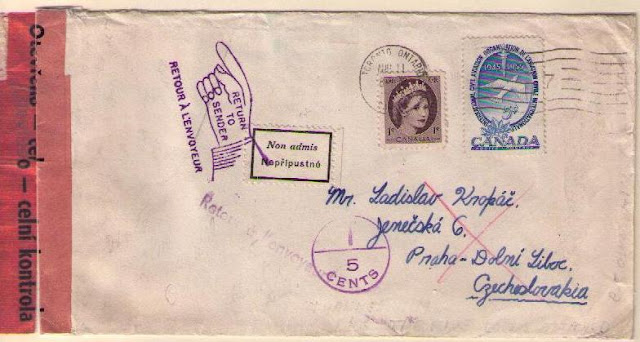 Handling of the returned letter by the Canadian Post Office : Returned with charge

Letters with return addresses returned by foreign countries other than Great Britain, Republic of Ireland, United States, Mexico, and Columbia, were not directly returned to the writer but were returned through the Undeliverable Mail Office (UMO) subject to a charge of 5 cents. 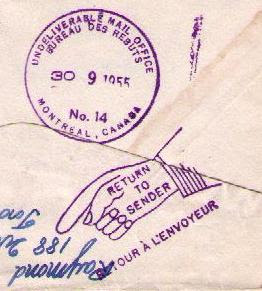 The returned letter was sent to the Montreal UMO
Montreal UMO No. 14 handstamp, September 30 ,1955 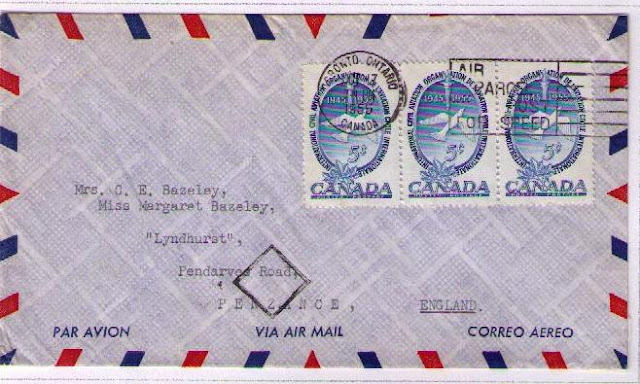 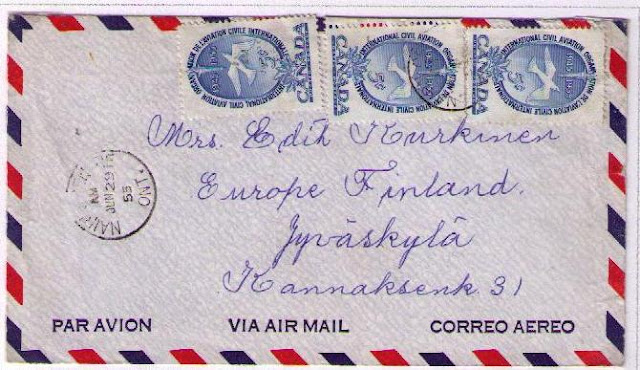