During the summer of 1959, Elizabeth II and Prince Philip, undertook a forty-five day tour of Canada. Among the highlights of the tour was the opening of the St. Lawrence Seaway. The Canadian Post Office issued a Royal Visit commemorative stamp on June 18, 1959 based on a painting by Pietro Annigoni, described as follows in the Canada Post Office Press Release: 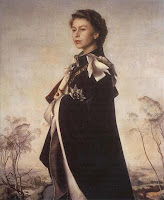 Authority to use the painting by Pietro Annigoni in the production of this stamp was obtained from the London Times, holder of the world copyright for the owners. Two years earlier the plate was engraved and it was held for a suitable occasion. Keen-eyed observers will see that the year of the engraving, 1957, appears in the minute characters in the lower left-hand corner of the stamp. In the original painting, the Queen wearing the blue velvet mantle, collar and star of the Order of the Garter, stands in front of a landscape near Windsor Castle. Only the upper portion of the painting is reproduced in the Canadian stamp. The Most Noble Order of the Garter is England's oldest order of chivalry, and was founded more than six hundred years ago at Windsor castle, "for the adorning and encouraging military virtue with honours, rewards and glory." The artist, Annigoni, was born in Milan, Italy, in 1910, and has exhibited his paintings in many European cities and permanent collections of his works are to be found in galleries of Florence and Milan. 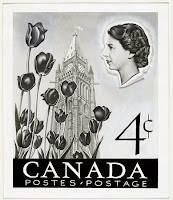 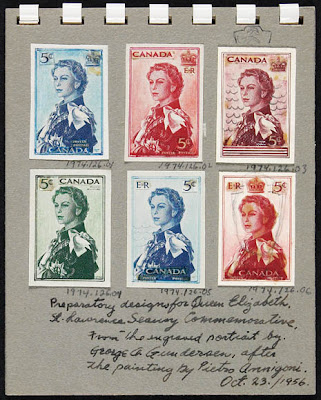 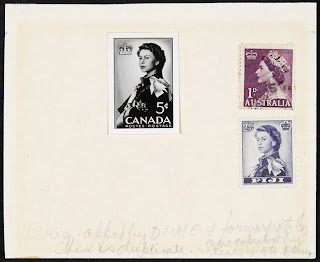 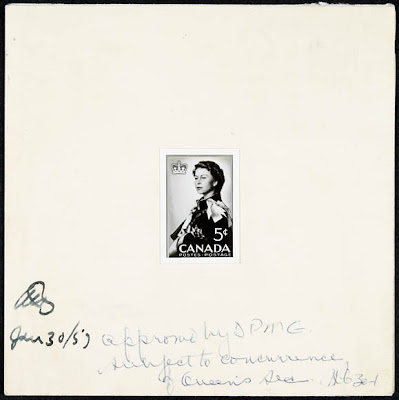 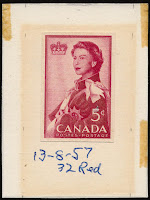 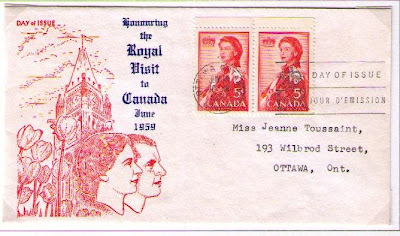 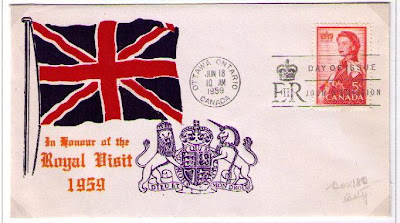 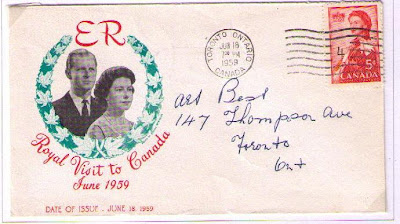 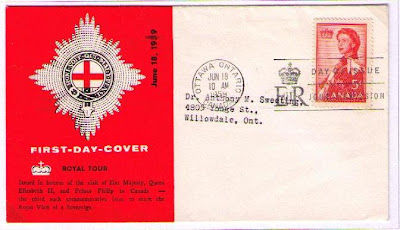 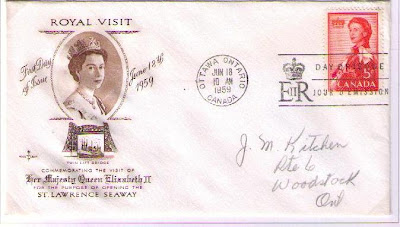 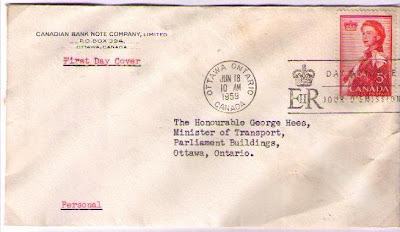 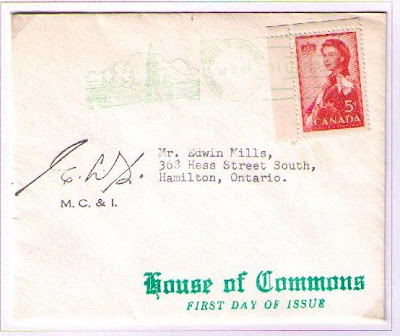 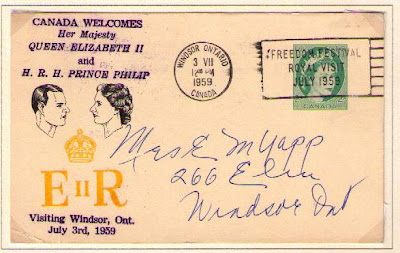 The Queen and Prince Philip were in Windsor on Friday afternoon, July 3, 1959 before departing that evening on HMY Britannia for a cruise through Lake St. Clair to Sarnia. 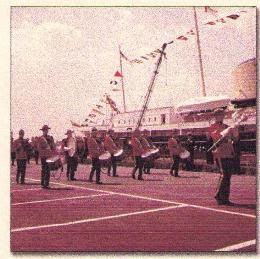 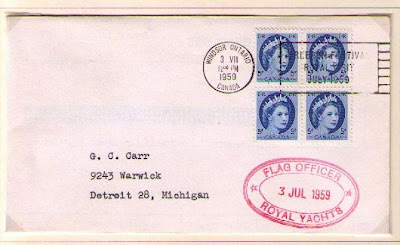 In 1959 Britannia sailed the newly-opened St. Lawrence Seaway en route to Chicago where she docked, making the Queen the first Canadian monarch to visit the city. U.S. President Dwight D. Eisenhower was aboard Britannia for part of this cruise. 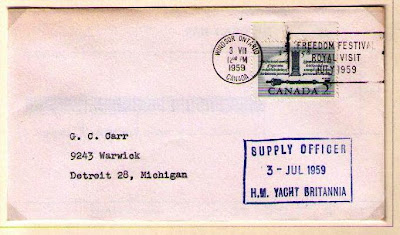 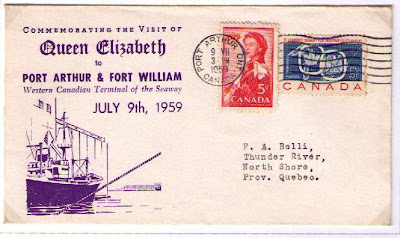 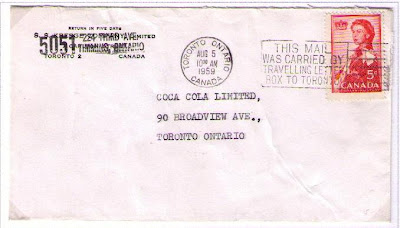 Timmins to Toronto, August 5, 1959
THIS MAIL WAS CARRIED BY TRAVELLING LETTER BOX TO TORONTO 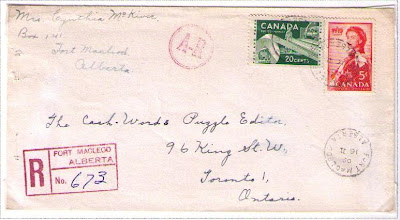 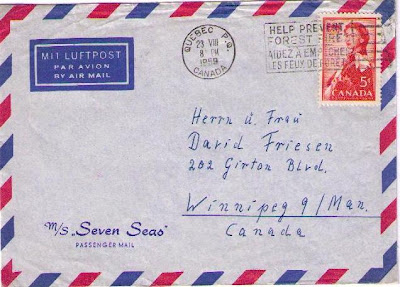 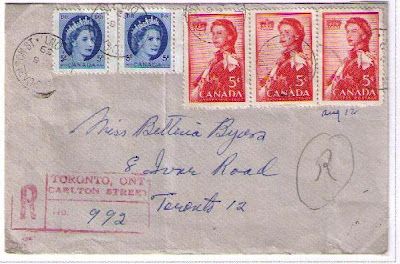 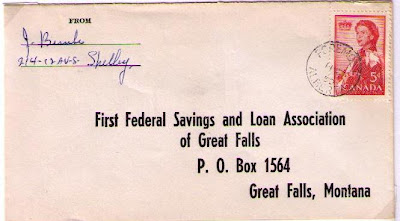 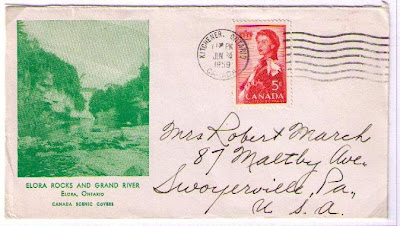