On January 23, 1956, the Canada Post Office Department issued a 5 cent Hockey commemorative stamp. A few days after the issue date, the Kitchener-Waterloo Dutchmen, the 1955 Canadian amateur hockey champions, represented Canada at the 1956 Winter Olympics. The Canadian team came home with the bronze medal. Gold and silver were won by the U.S.S.R. and the U.S.A. respectively.

The hockey stamp was designed by James Simpkins. 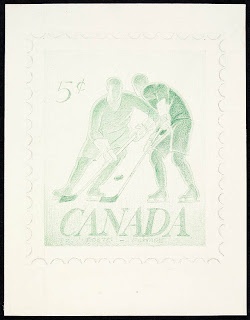 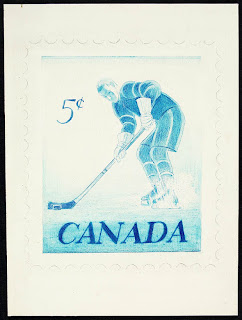 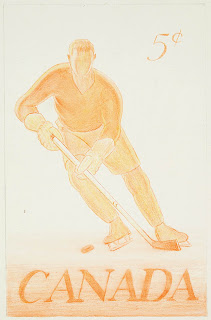 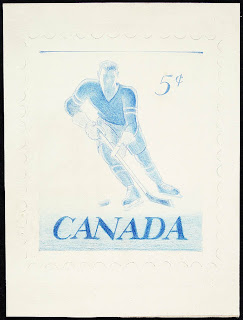 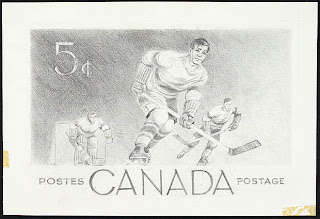 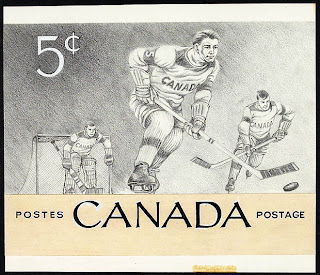 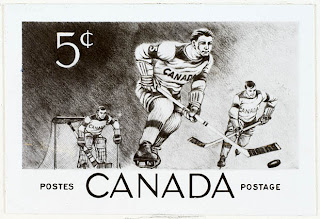 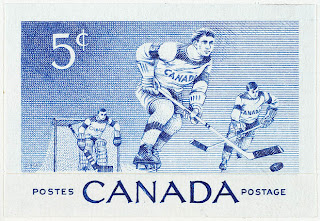 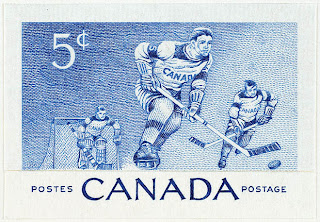 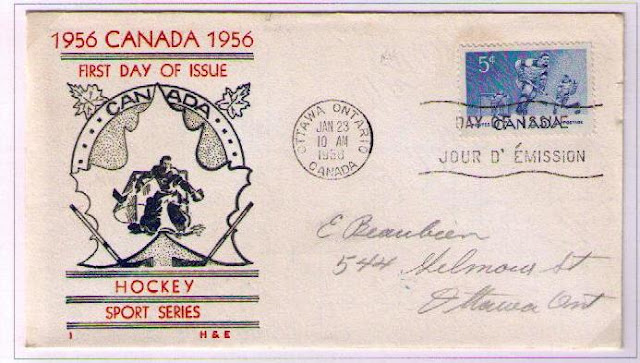 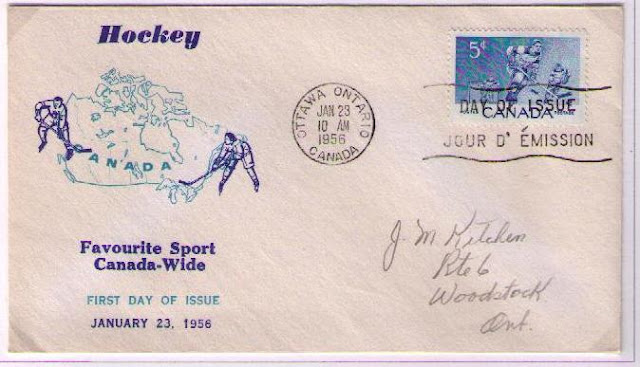 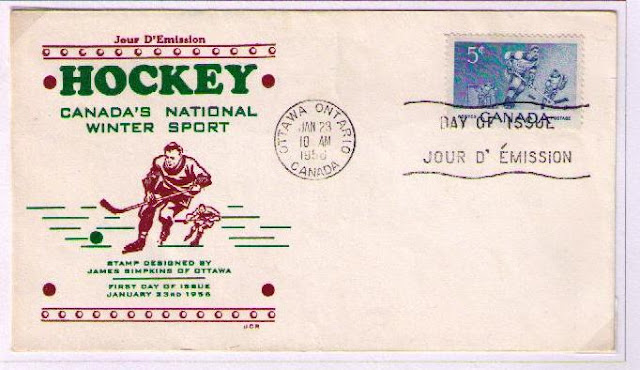 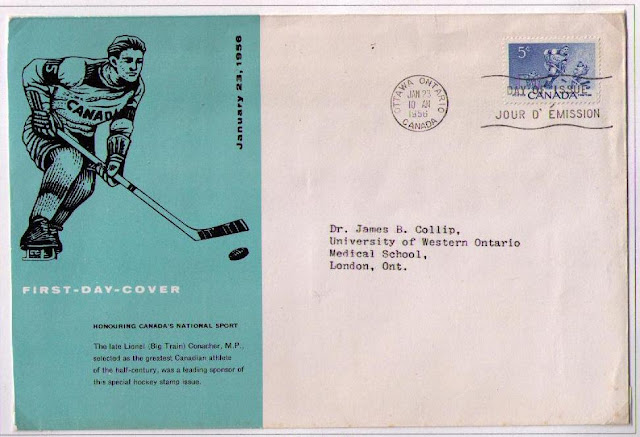 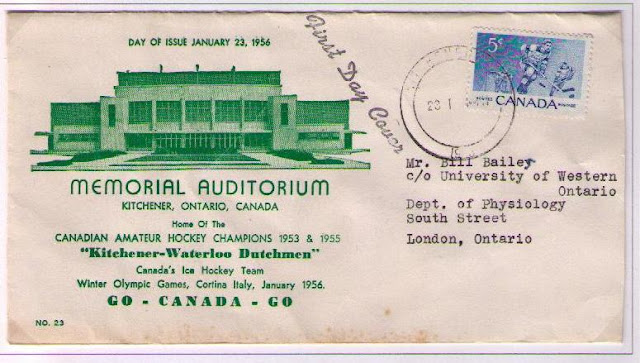 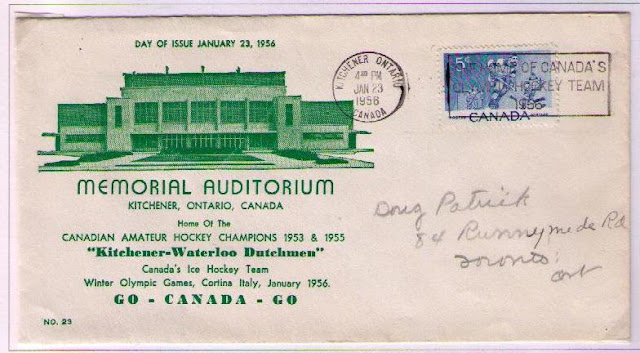 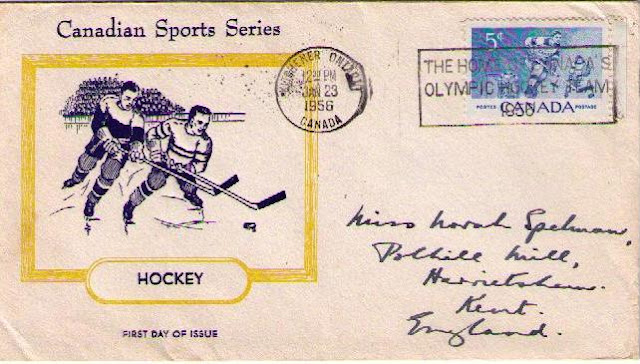 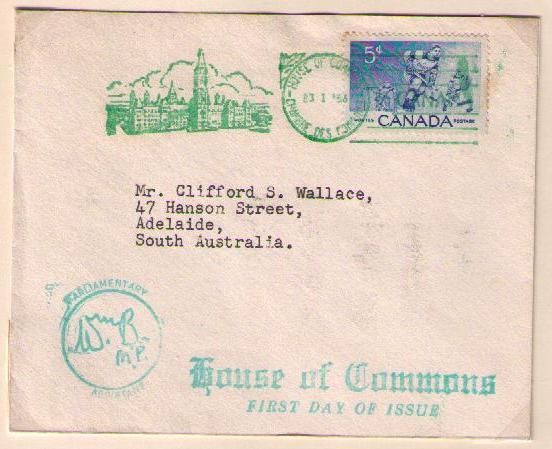 William Benidickson enjoyed a long parliamentary career. He was the Liberal MP for the Kenora riding from 1945 to 1965, then sat in the Senate from 1965 to 1985. Benidickson was the Parliamentary Assistant to the Minister of Finance when this cover was mailed. 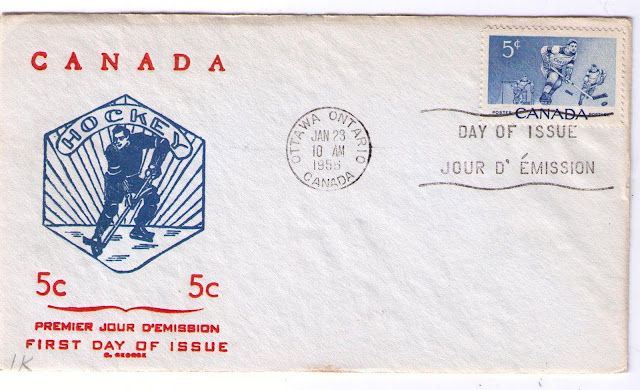 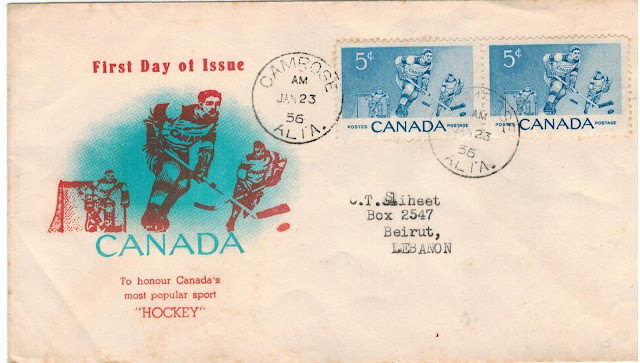 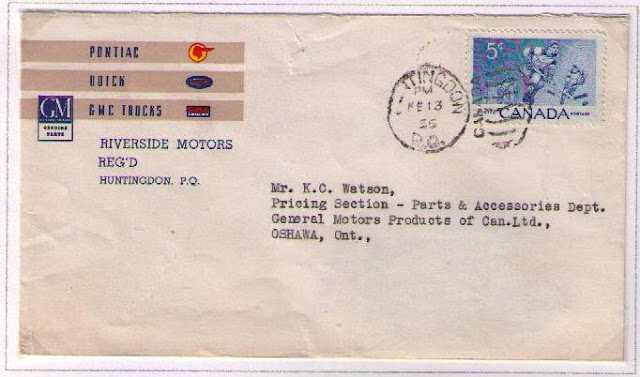 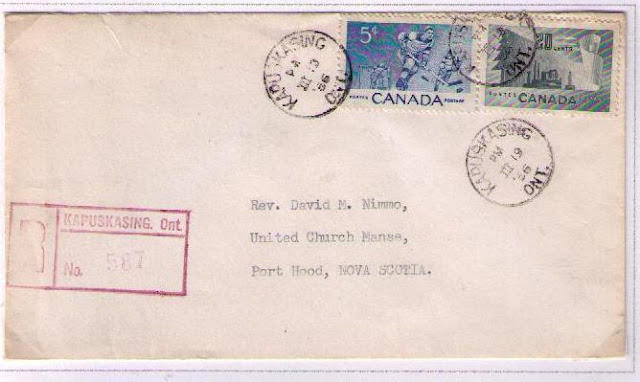 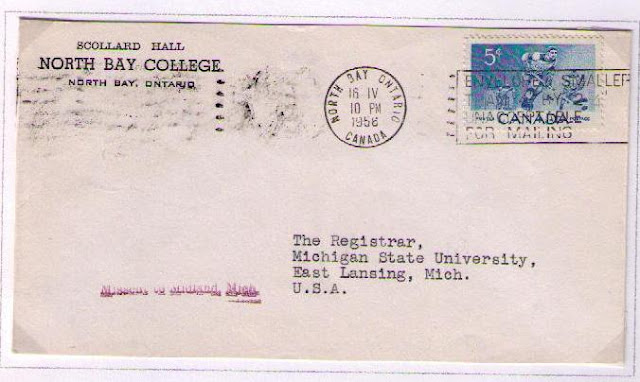 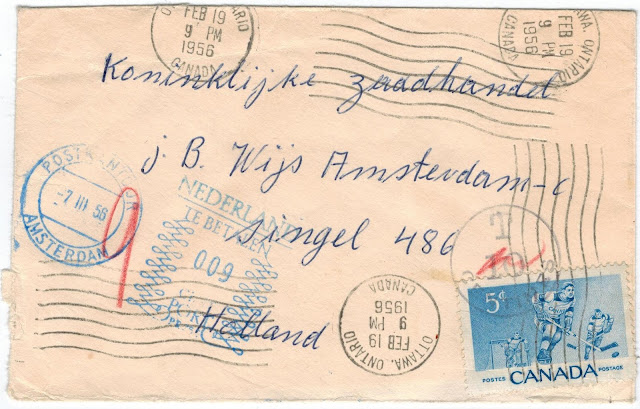 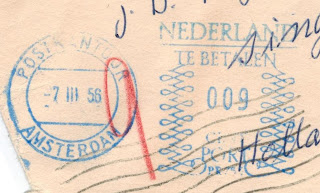 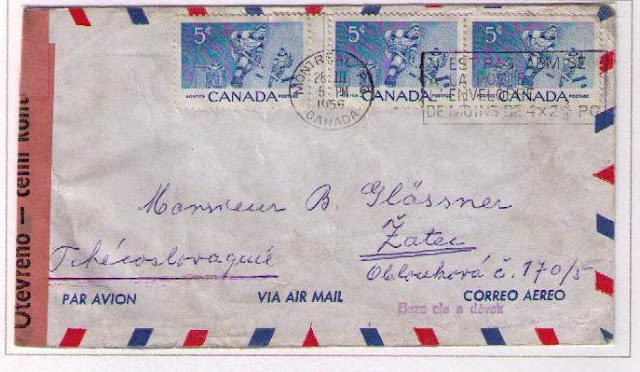 The letter was opened for customs inspection

"Without Customs Duties and Levies" handstamp