The Free Press commemorative stamp, designed by Alan Pollock, was issued on January 22, 1958. 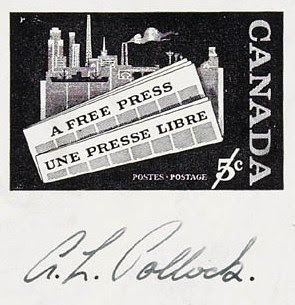 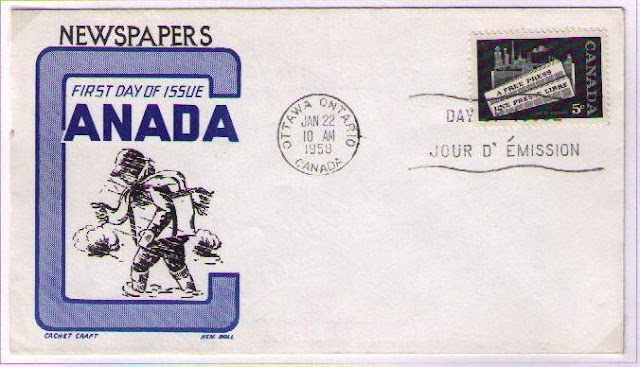 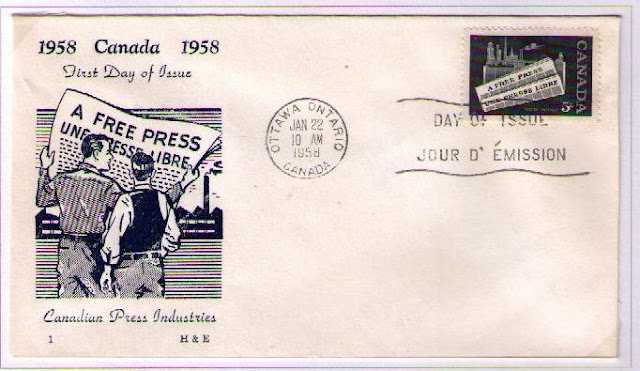 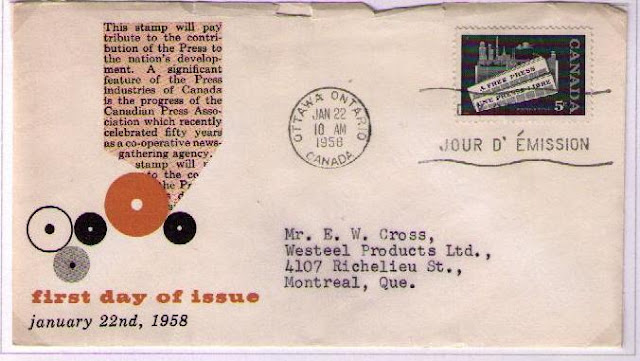 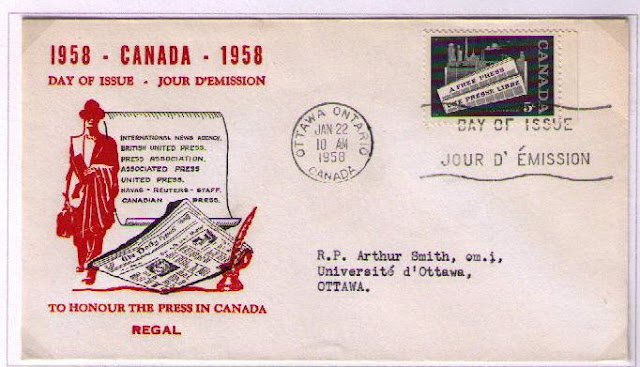 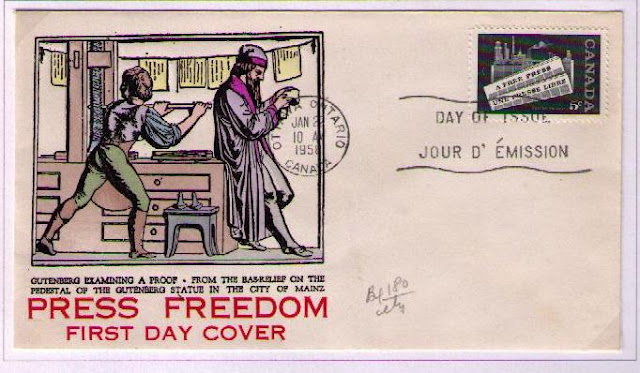 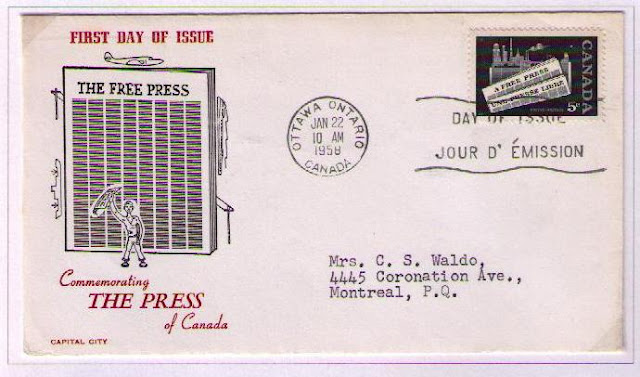 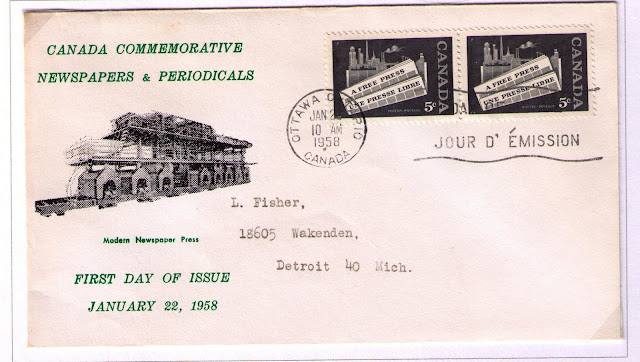 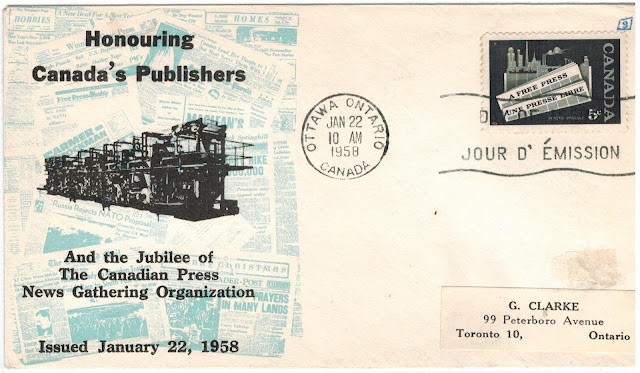 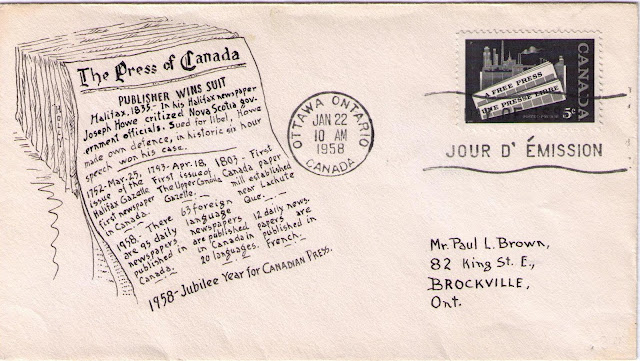 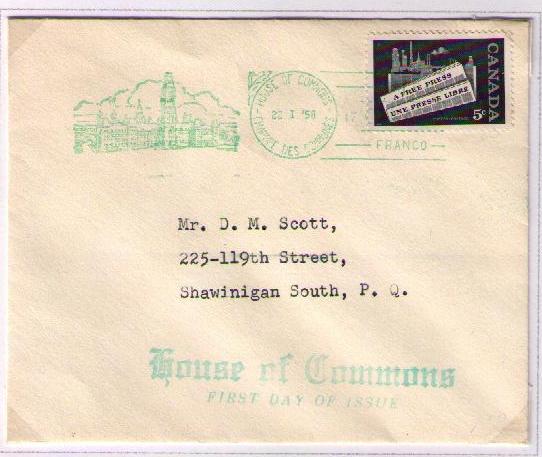 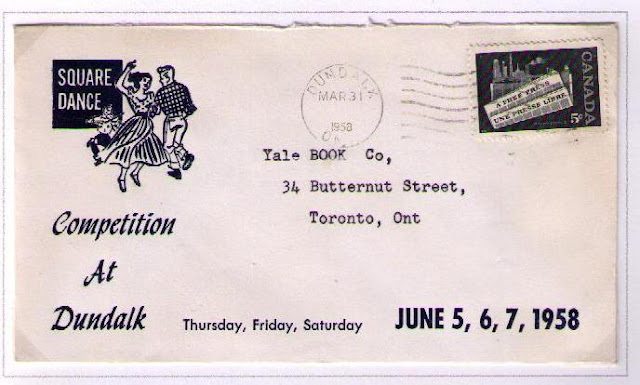 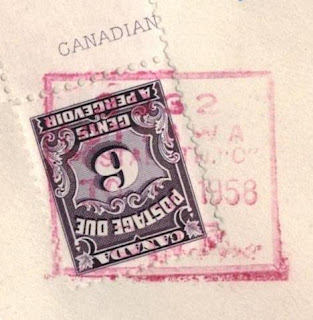 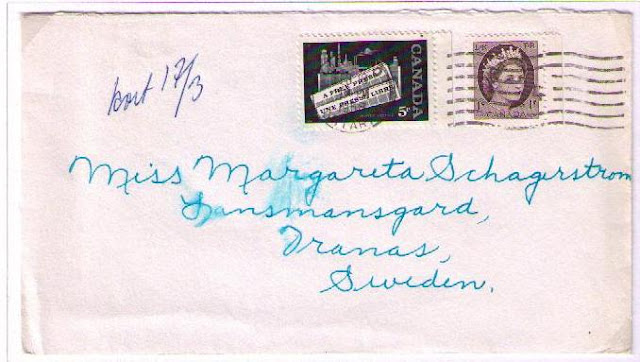 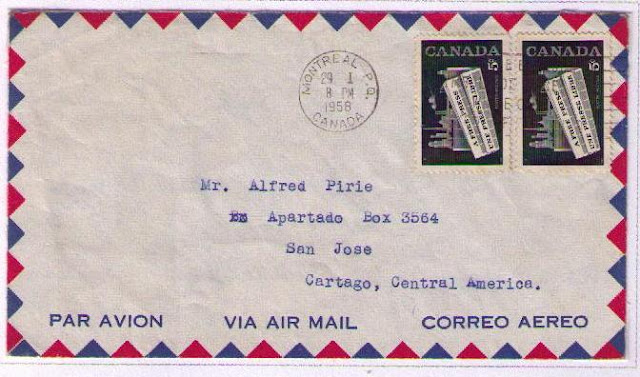