The 7 cent Canada Goose stamp, issued on November 2, 1952, replaced the 7 cent Peace Issue air mail stamp which had been in use since 1946. Unlike its predecessor, the 1952 Canada Goose stamp was not an air mail issue. It was however used singly to prepay domestic air mail service if requested until March 31, 1954, as well as the first step air mail rate to the United States. The stamp design was credited to Emmanuel Hahn. 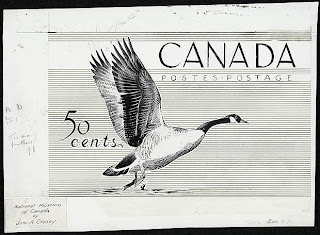 National Museum of Canada by John A. Crosby Rec'd Dec 3/51
The Crosby essay was for a 50 cent stamp. The approved model by Emmanuel Hahn retained many of the design components of the Crosby essay. 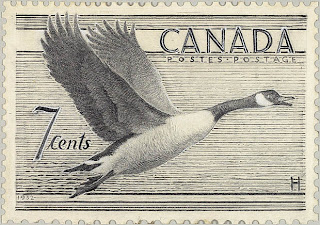 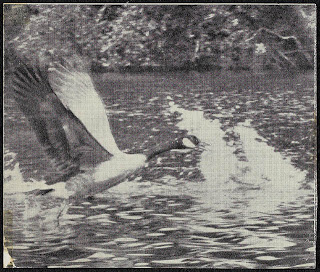 National Archives of Canada
This photograph was the model used by the designer to draw the goose. 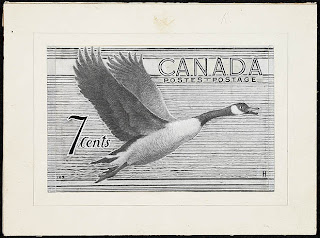 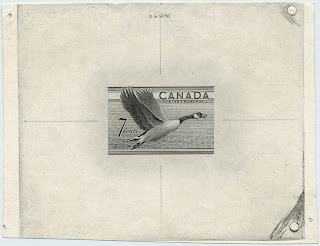 The following items were printed on coloured paper after November 2, 1952, the day of issue. 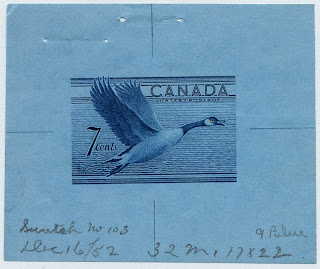 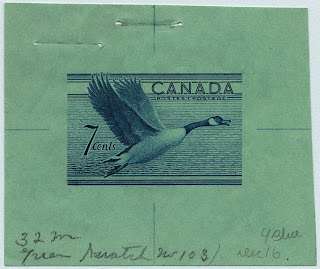 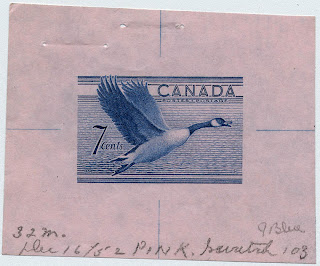 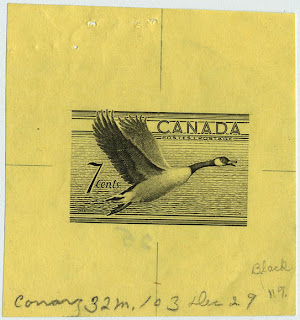 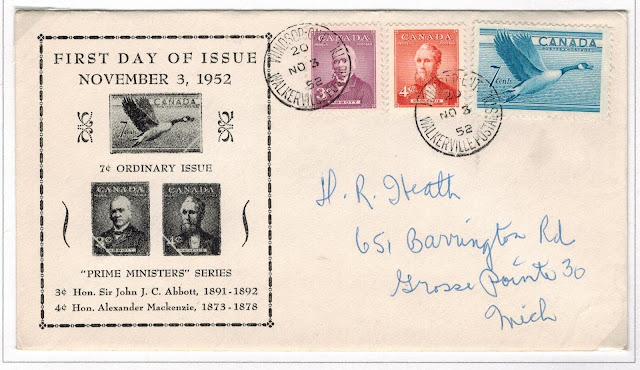 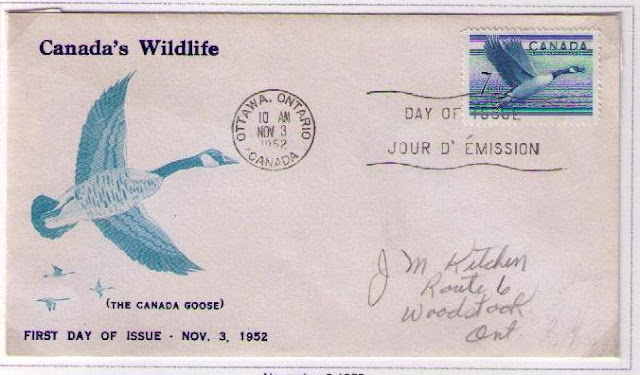 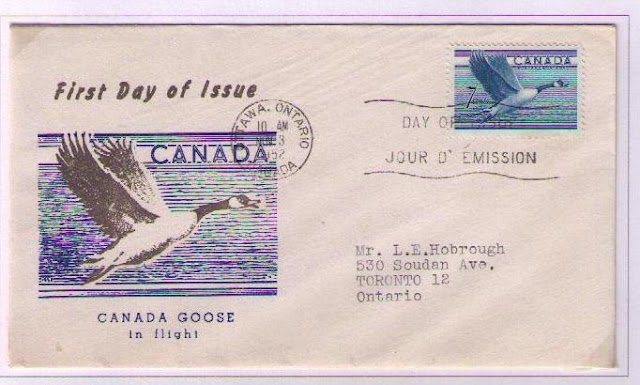 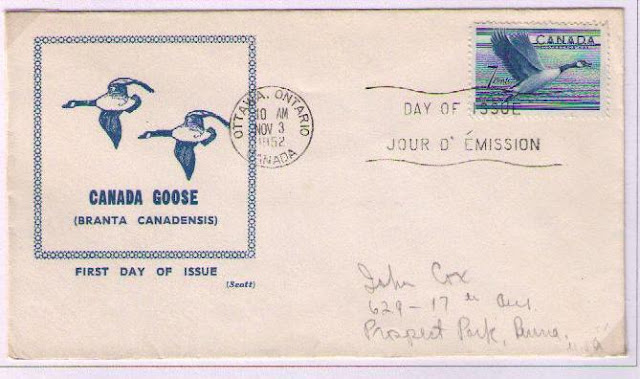 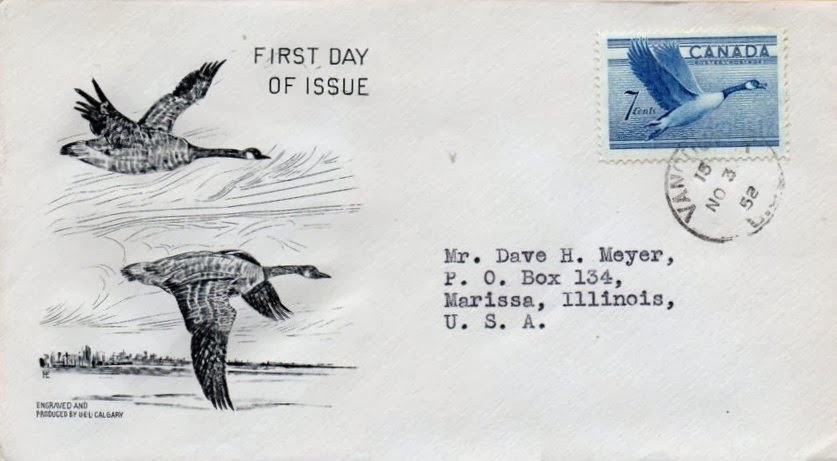 On April 1, 1954, mail not exceeding 8 ounces and prepaid at the surface rate was carried by air service provided air transmission was available. A request for air service for letters less than 8 ounces did not result in a tax from April 1, 1954.

Until March 31, 1954, if domestic air mail letter service was requested, the rate was 7 cents for the first ounce and 5 cents for each additional ounce. 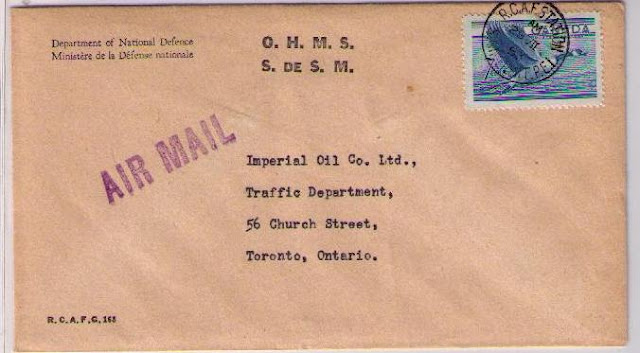 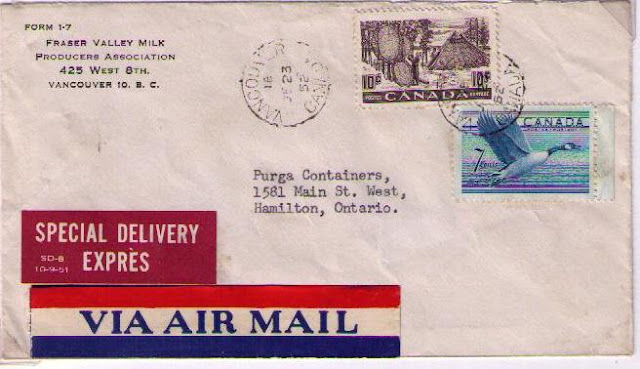 The air mail letter rate to the United States was 7 cents for the first ounce.

The two letters below were sent by U.S. military personnel stationed at the Ernest Harmon Air Force Base, Stephenville, Newfoundland. 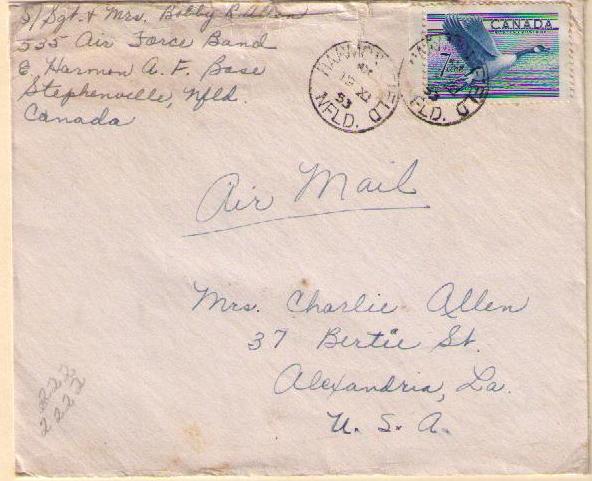 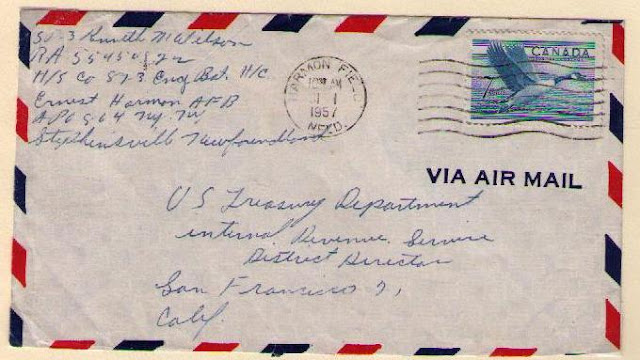 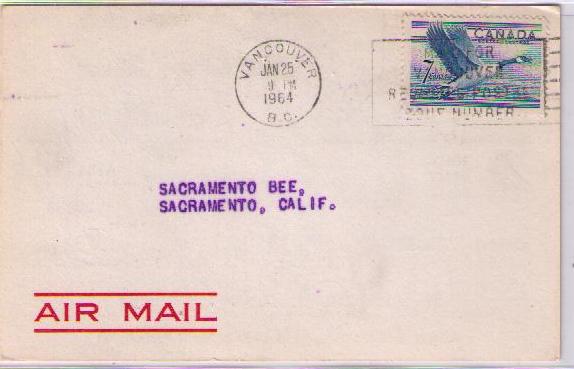 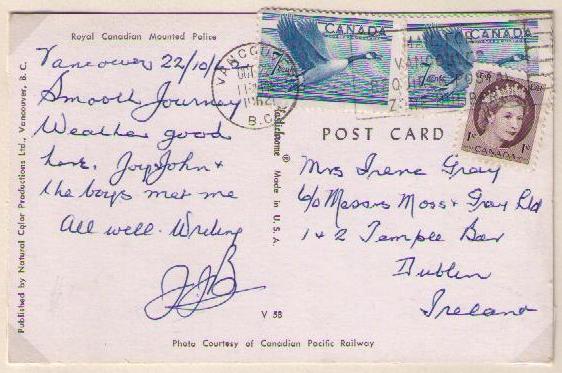 Vancouver to Dublin, October 22, 1962
15 cents air mail rate for post cards to the Republic of Ireland 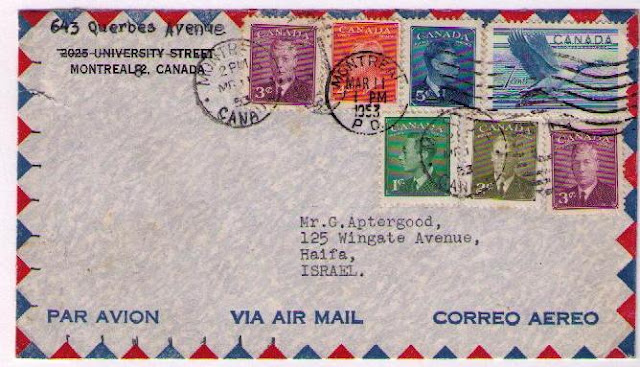 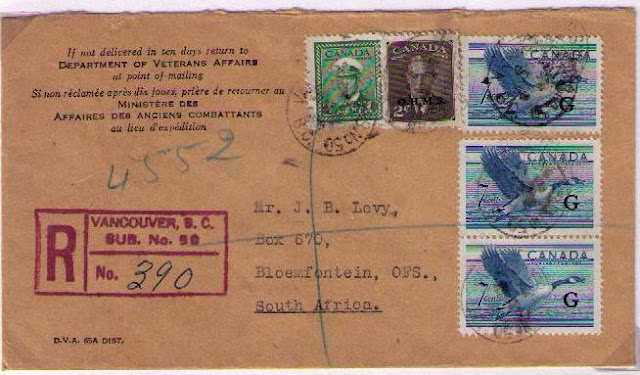 Posted by philcovex at 4:21 PM