20 cents Pulp and Paper Industry
25 cents Chemical Industry
The 20 cents pulp and paper industry definitive issued on June 12, 1956 was designed by "Group of Seven" artist A.J. Casson, and replaced the 1952 20 cents forest product stamp. Also issued on June 12 was the 25 cents chemical industry stamp whose design by A.L. Pollock was a stylized representation of chemistry and chemical research. The 25 cents definitive was the first Canadian stamp printed in that denomination. 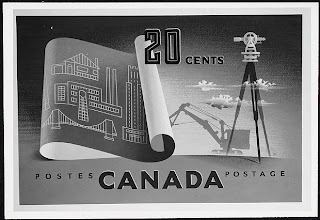 The construction industry is featured on the above essay.
National Archives of Canada 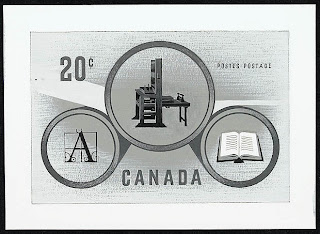 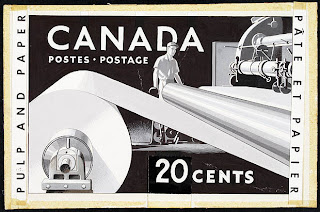 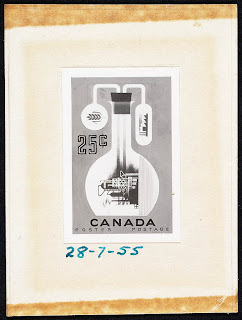 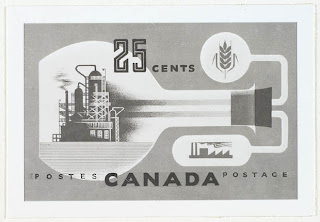 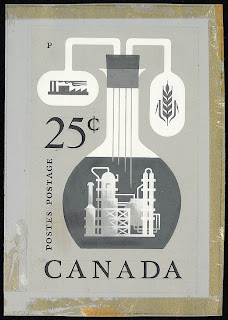 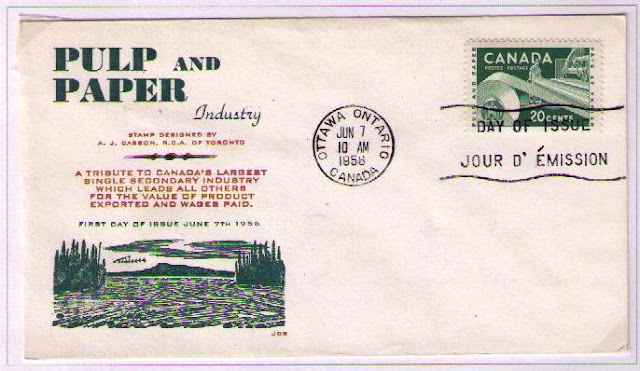 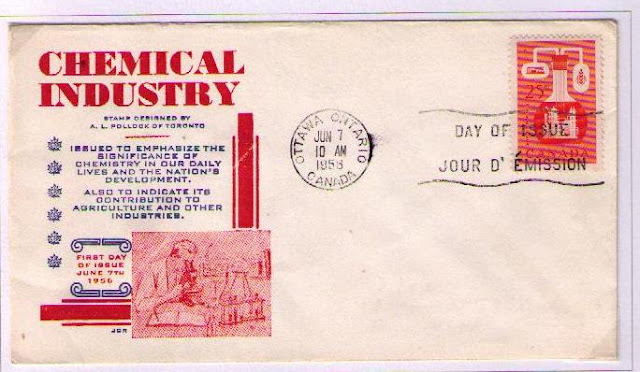 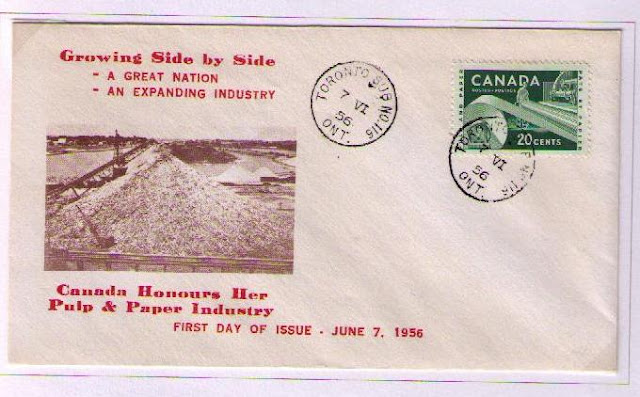 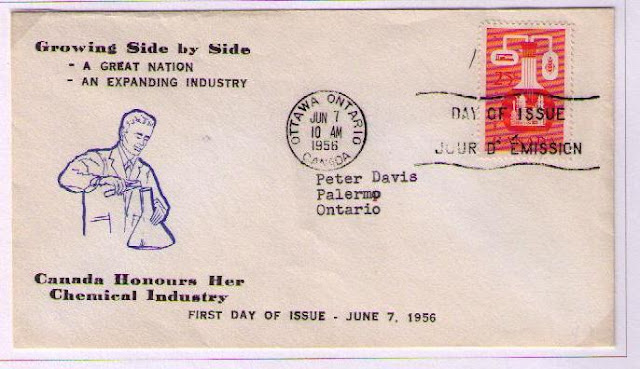 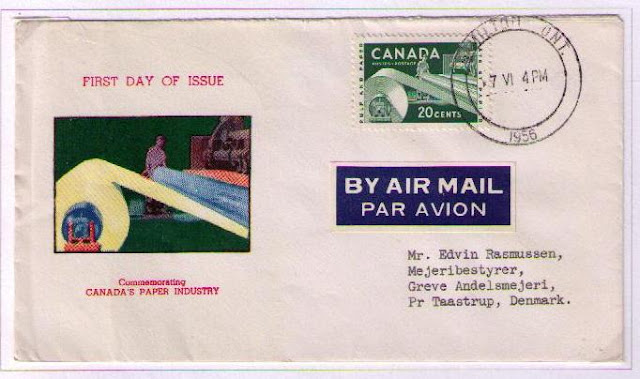 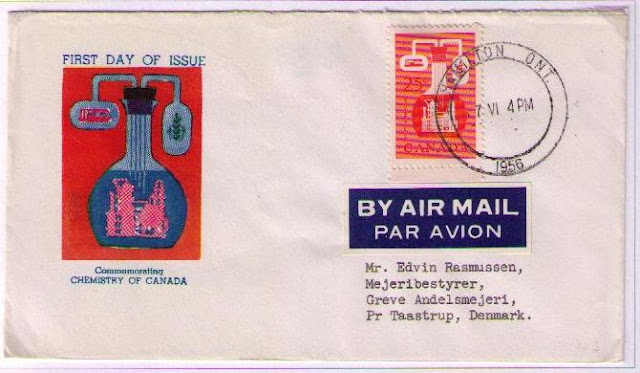 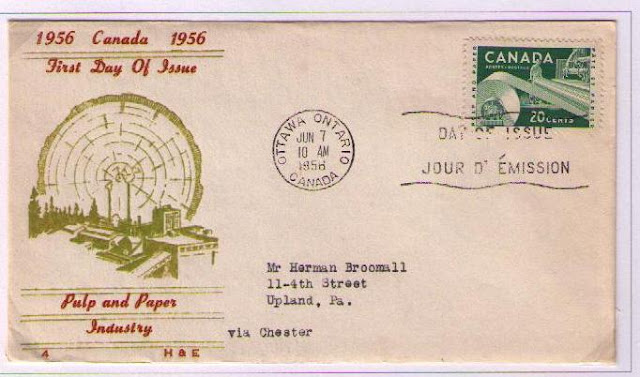 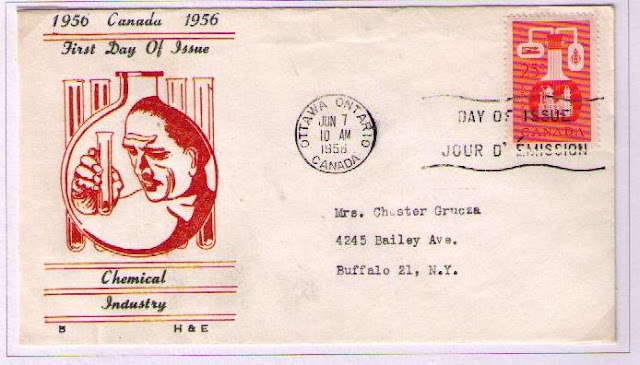 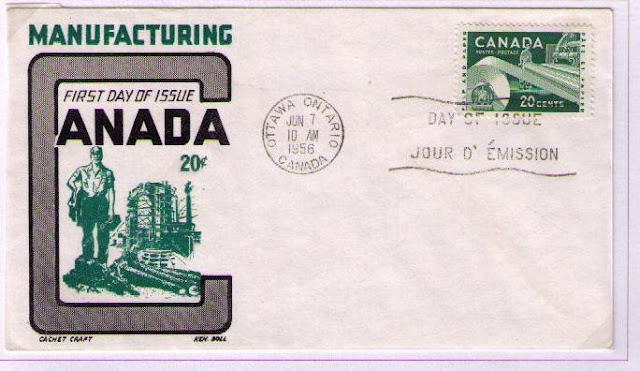 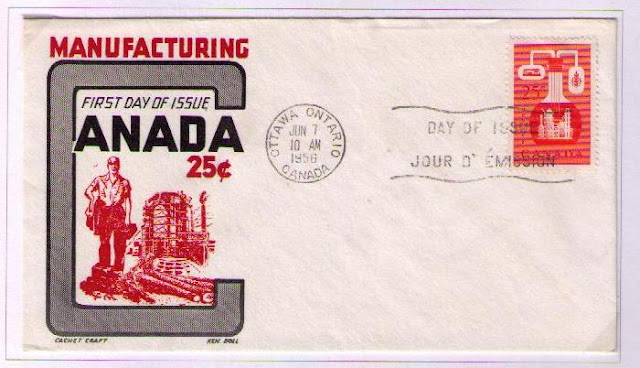 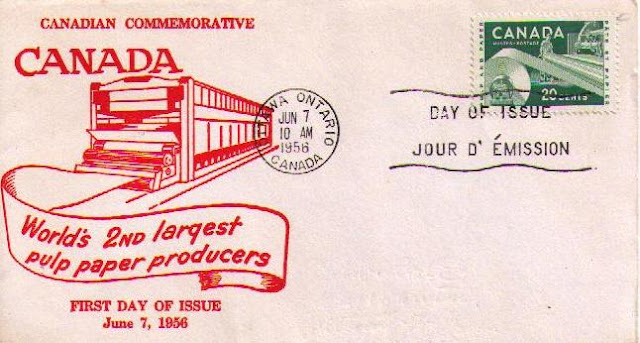 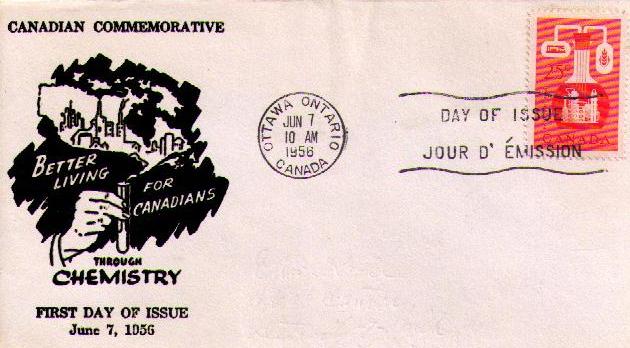 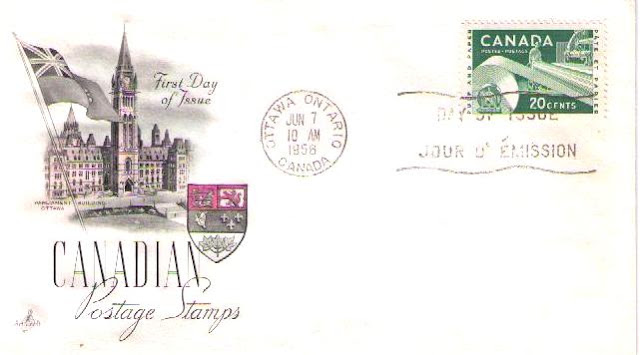 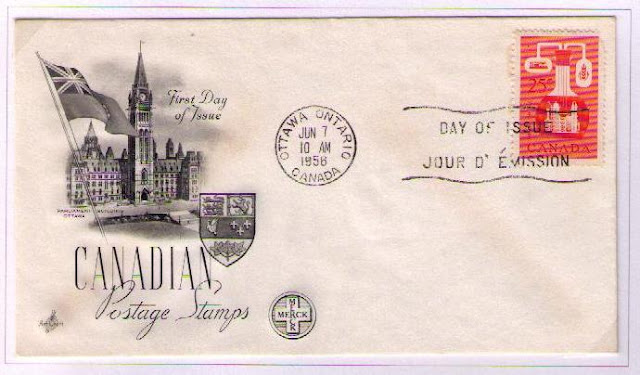 Only a few usages are shown below. For see more covers please go to my Wilding and Cameo postings. 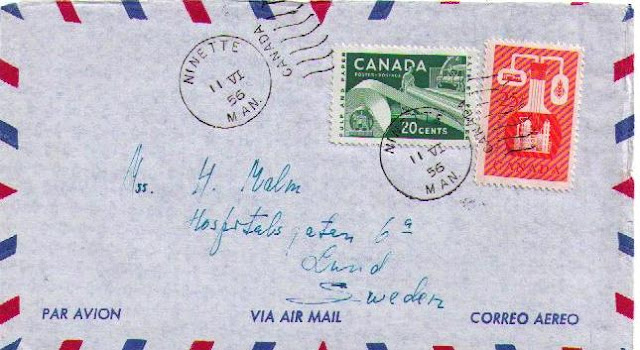 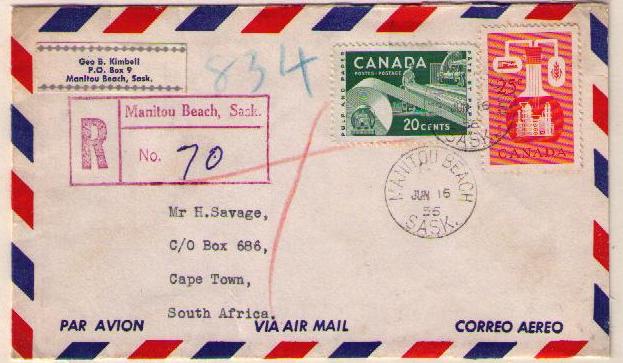 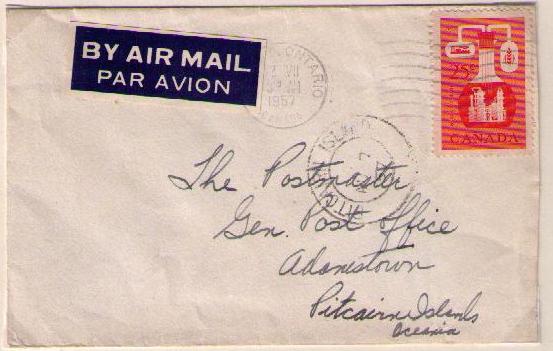 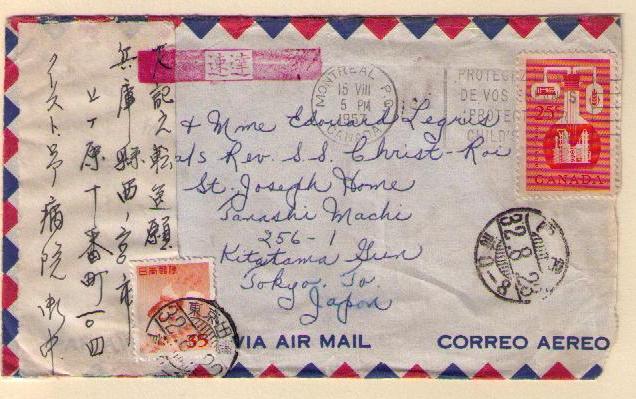 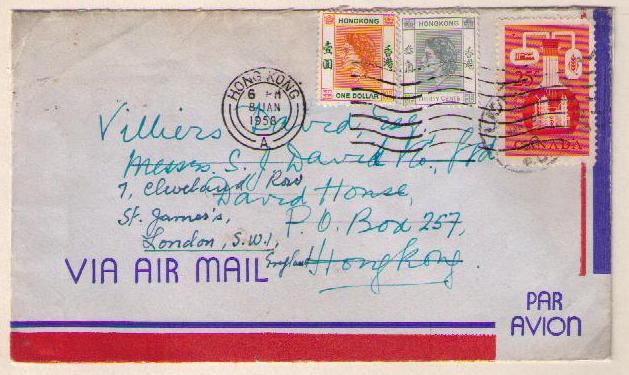