Queen Elizabeth II was proclaimed sovereign of each of the Commonwealth realms on February 6 1952, after the death of her father, King George VI. Queen Elizabeth's Coronation took place on June 2, 1953, several months after she acceded to the throne.

This is the first in a series of posts that will deal with the definitive and commemorative stamps issued during the Elizabethan period.


The first stamp issued during Queen Elizabeth's reign was the 20 cent Forest Products definitive issued on April 1, 1952. This denomination was commonly used to pay the minimum registration fee.


The stamp was designed by Alan L. Pollock. 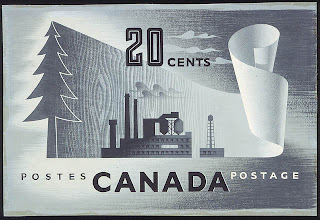 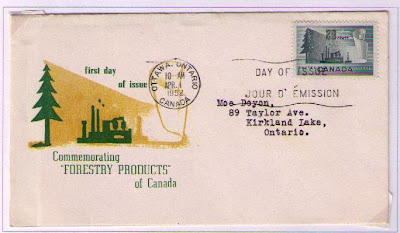 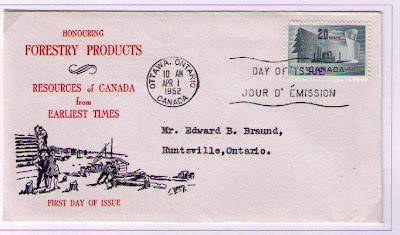 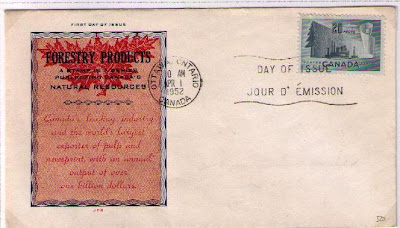 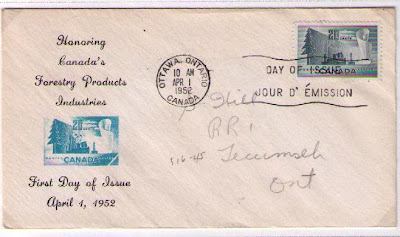 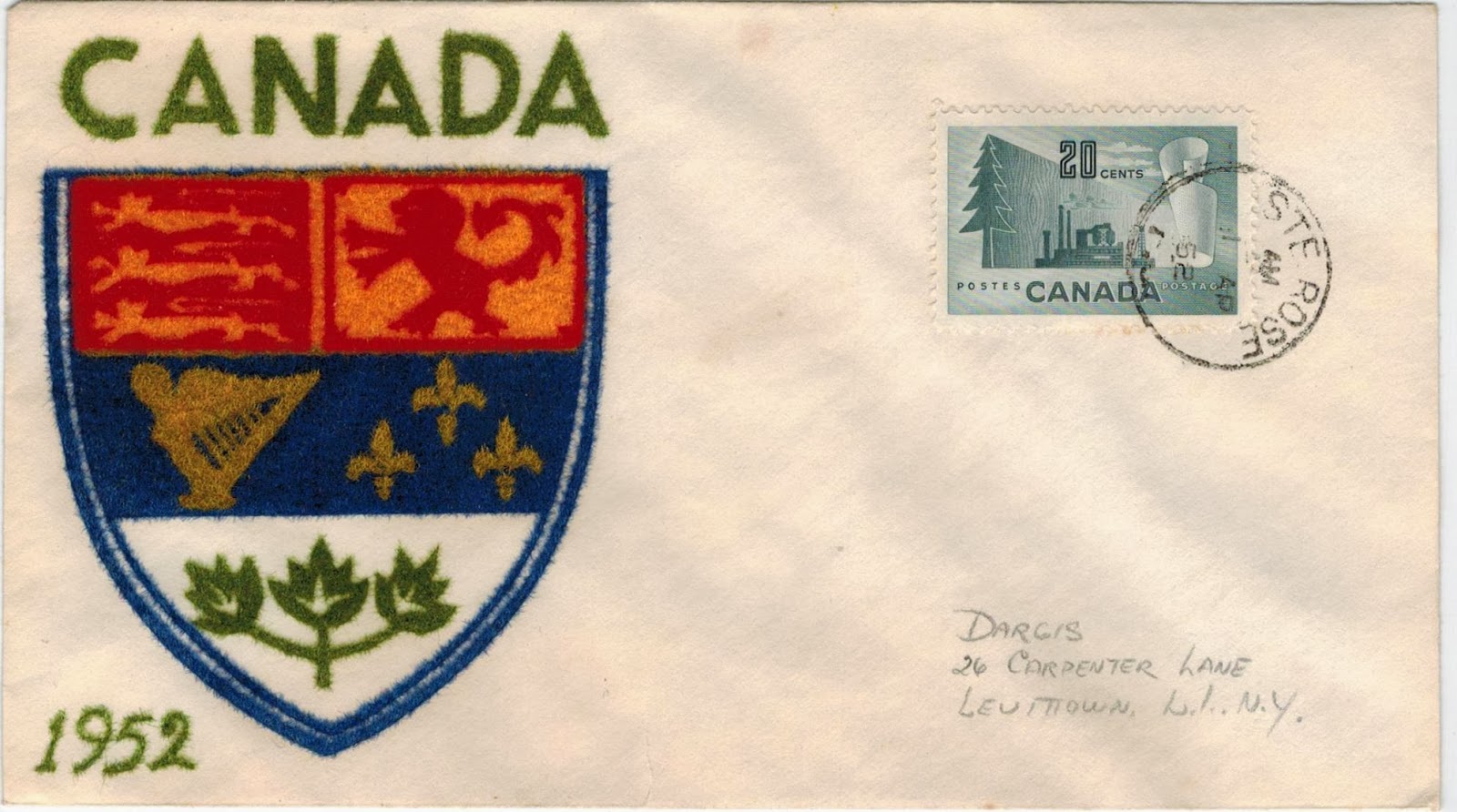 Acknowledgment of Receipt Subsequent to Despatch 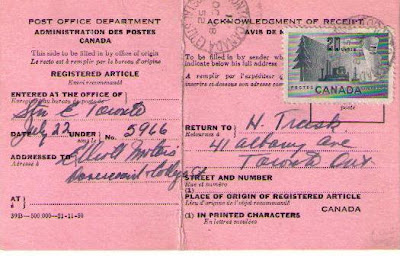 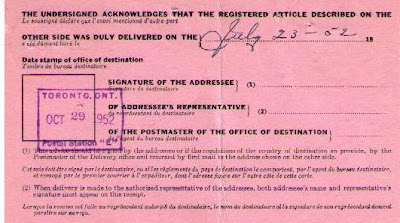 The minimum registration fee was 2o cents (up to $25 indemnity) 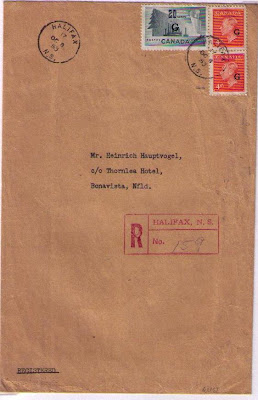 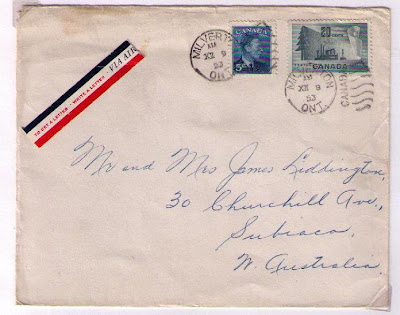 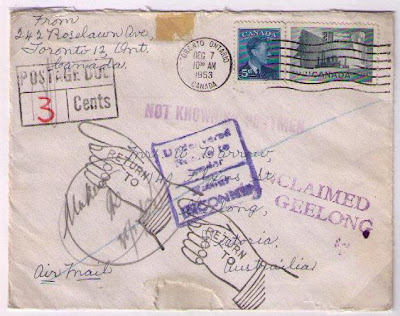 Letters with return addresses originating from Canada addressed to any country other than Canada, Great Britain, Republic of Ireland, the United States, Mexico, and Columbia, were NOT returned directly to senders if they failed to be delivered at the office of destination. The letters were returned through the Canadian Dead Letter Office subject to the charge of 3 cents each. 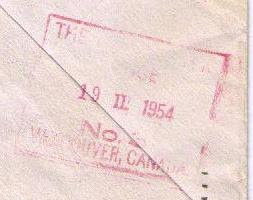 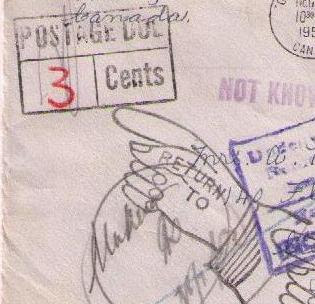 The international registration fee was 20 cents 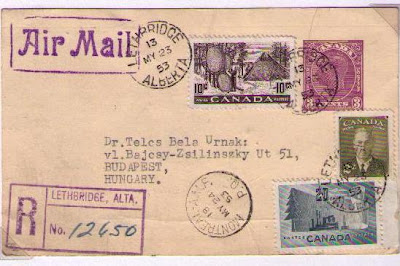 Posted by philcovex at 8:41 AM