The third set in the Prime Ministers Series was issued on November 1, 1954 to honour John Thompson and Mackenzie Bowell.

The stamps were designed by Herman Herbert Schwartz from photographs supplied by the Public Archives of Canada. 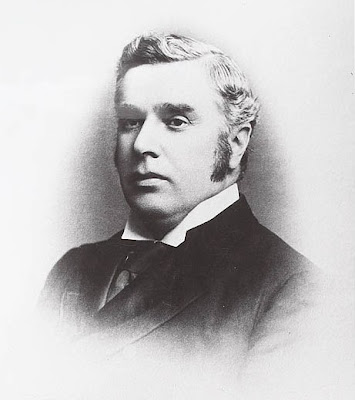 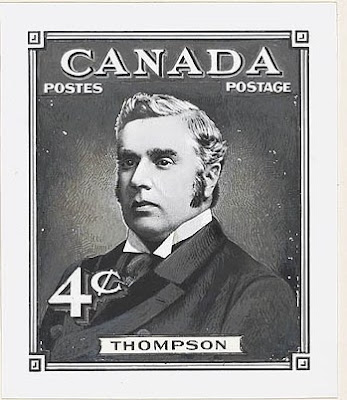 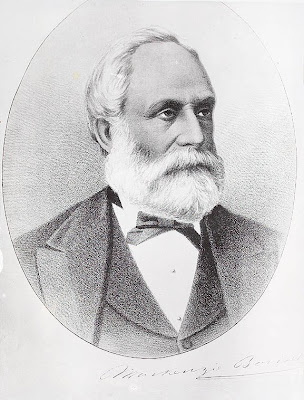 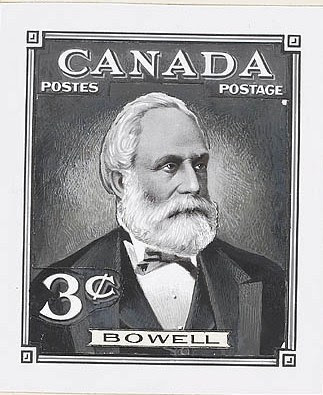 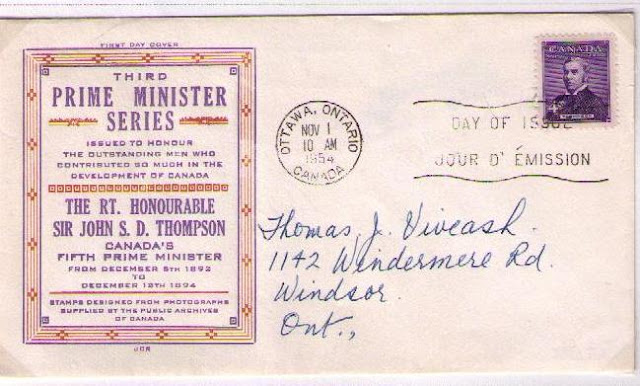 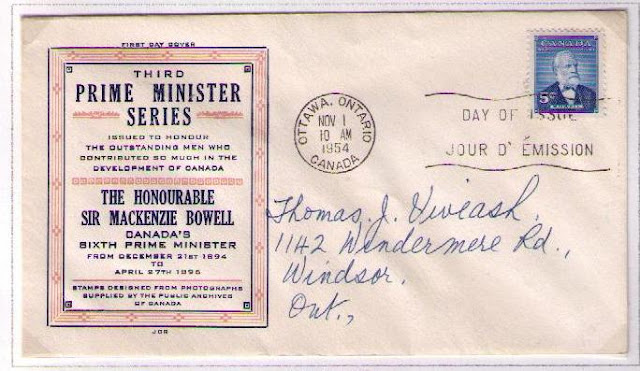 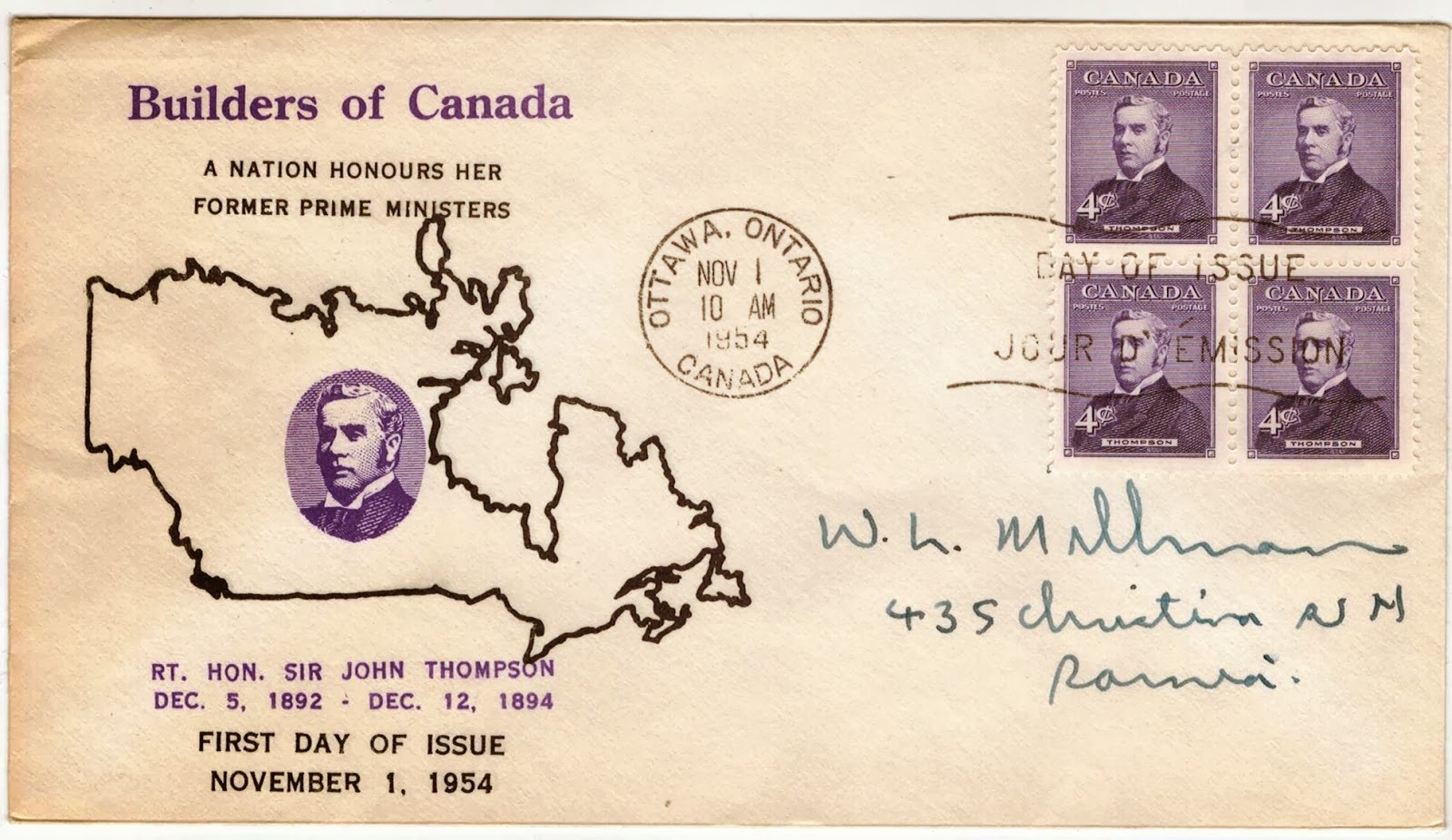 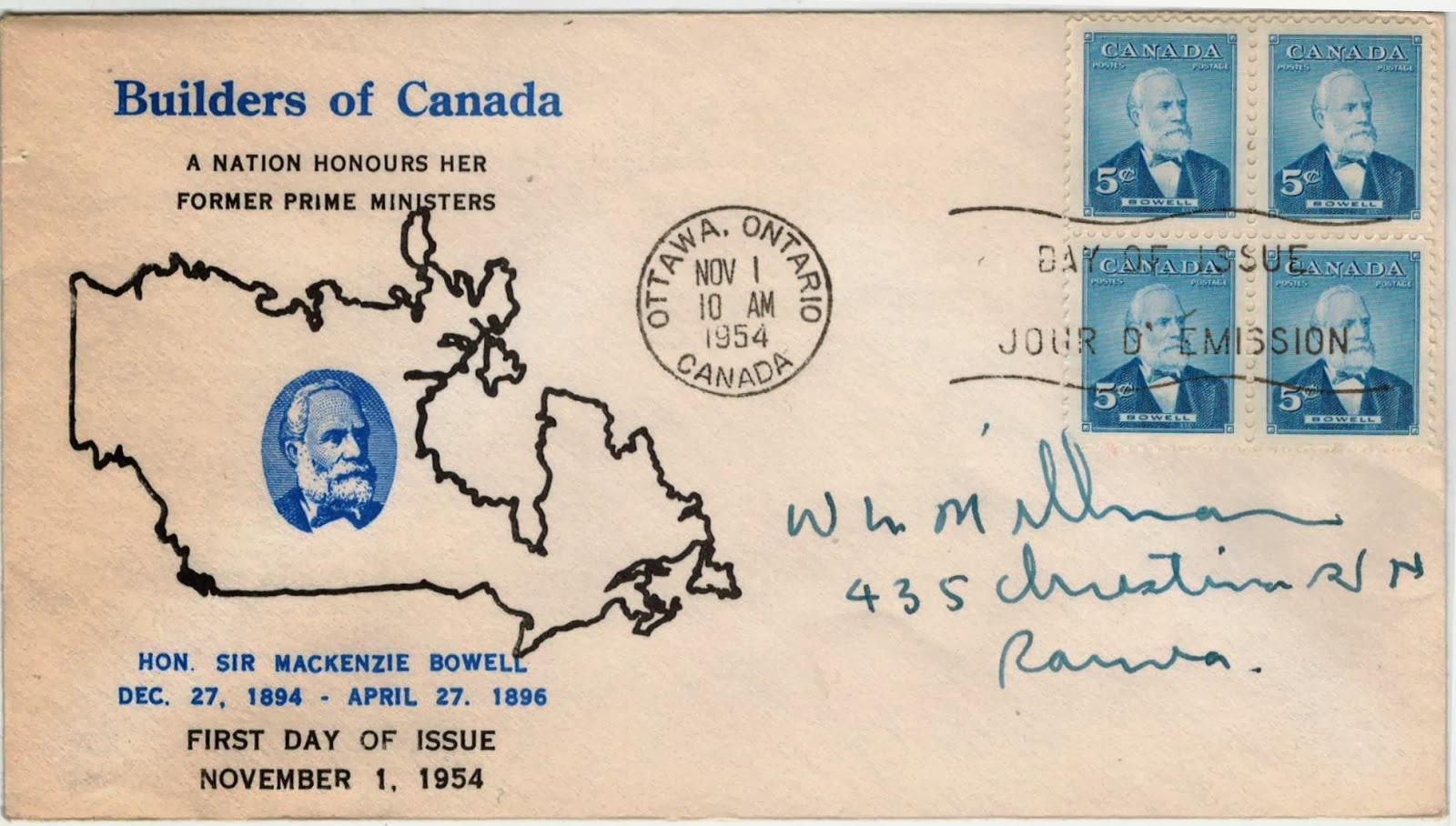 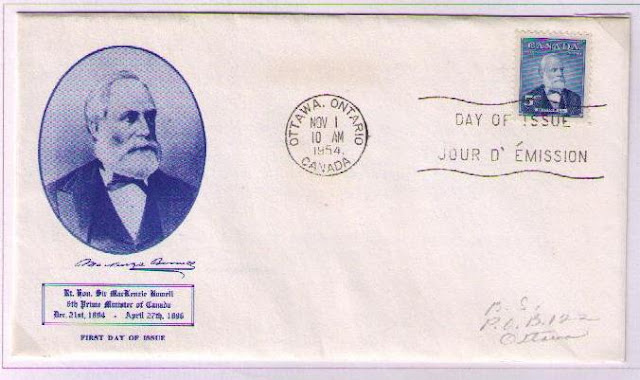 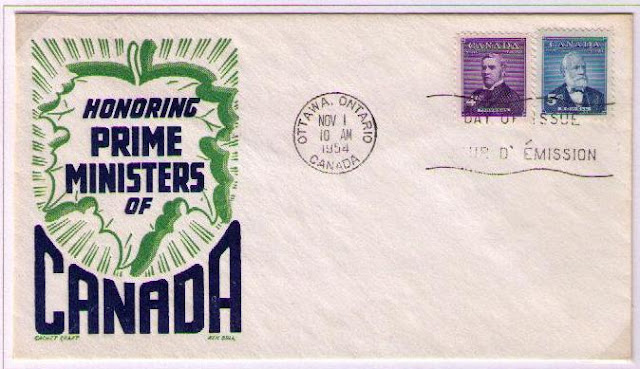 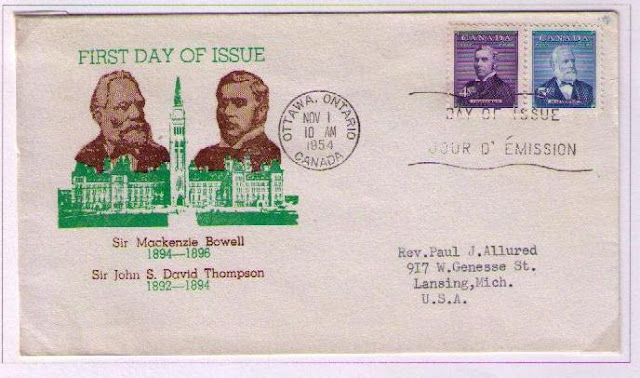 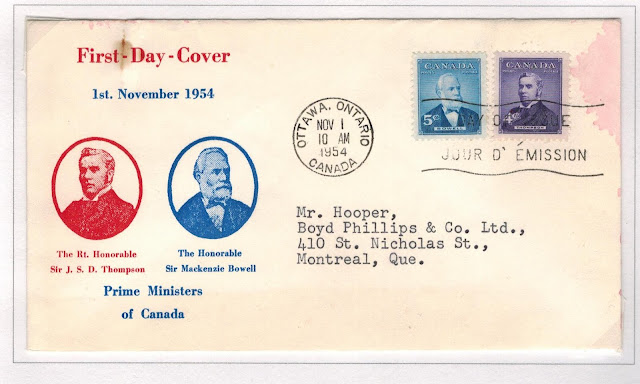 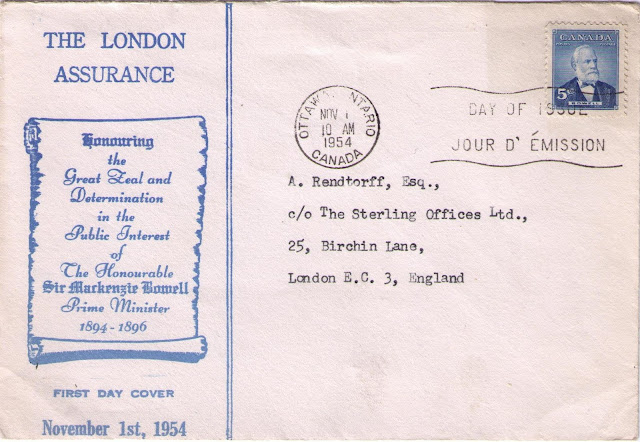 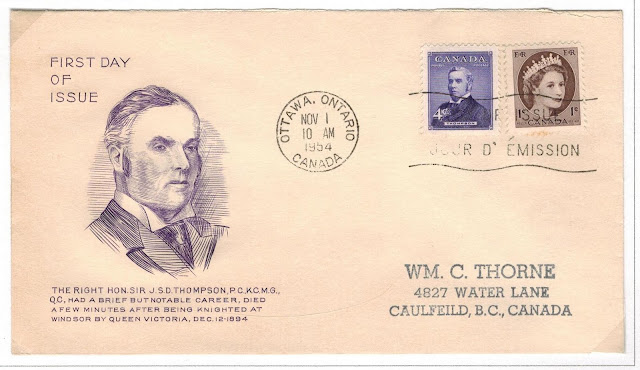 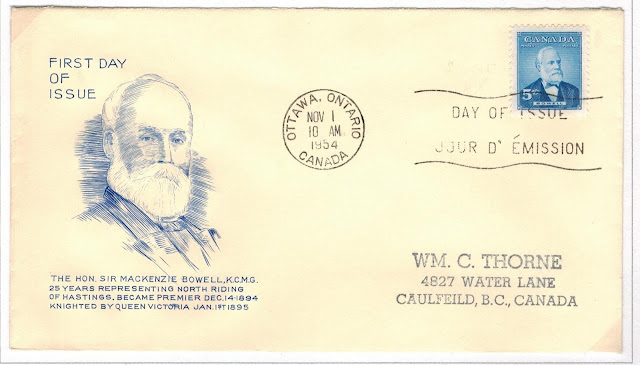 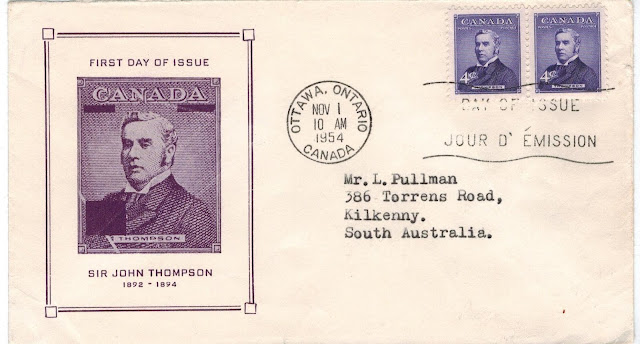 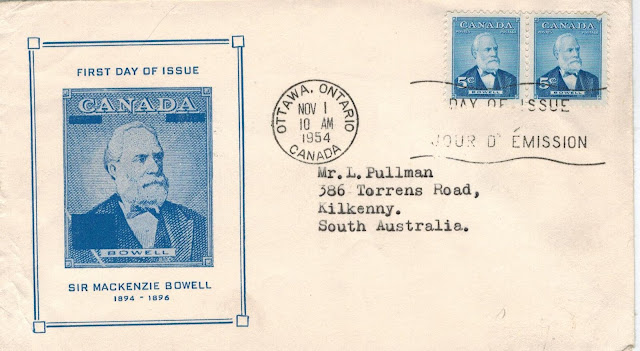 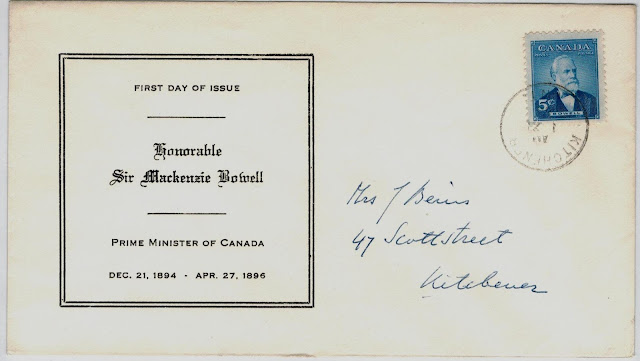 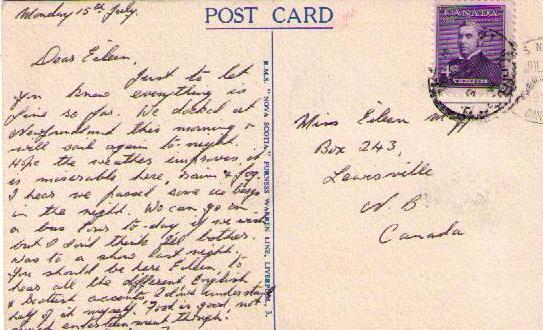 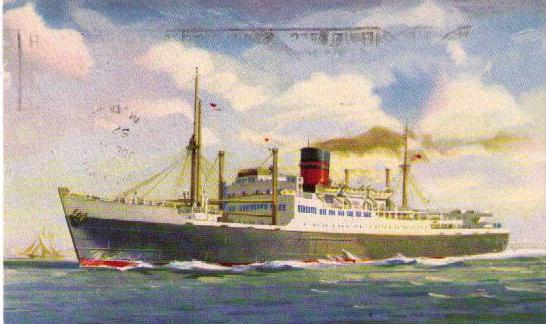 The sender of the post card writes that the ship docked at St. John's that morning, passing some icebergs in the night. 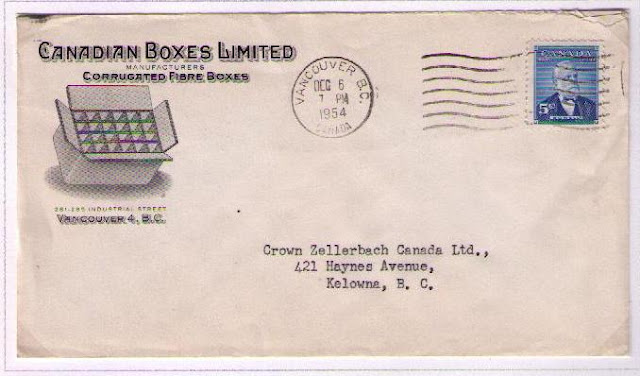 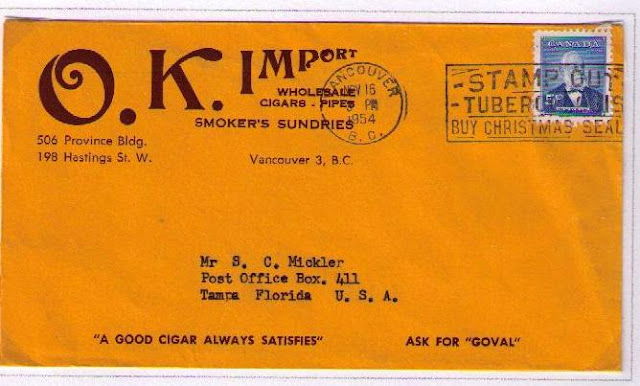 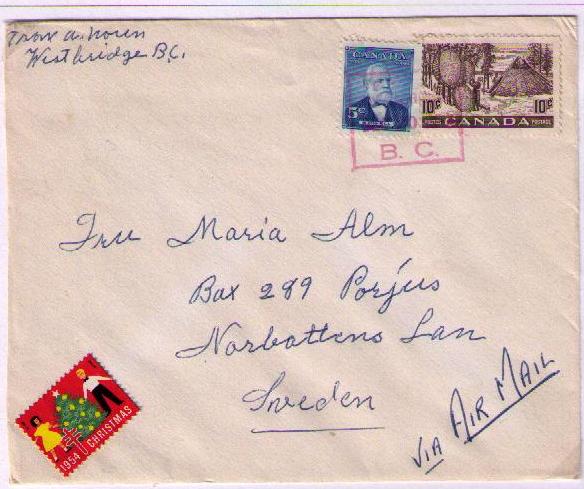