On March 7, 1957, the Canada Post Office Department issued a set of four stamps showing various recreational activities. Fishing, swimming, hunting, and skiing were represented on the 5 cent stamps that were arranged se-tenant on one sheet. The Post Office Department announcement referred to the issue, designed by Lawrence Hyde, as "Canada - All Seasons Playground". 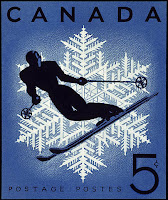 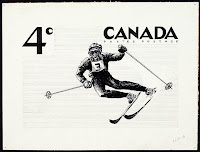 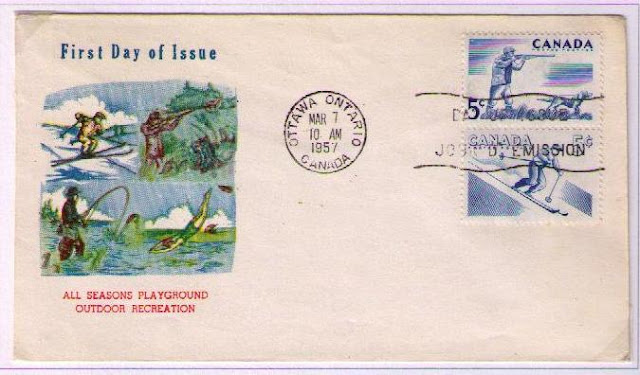 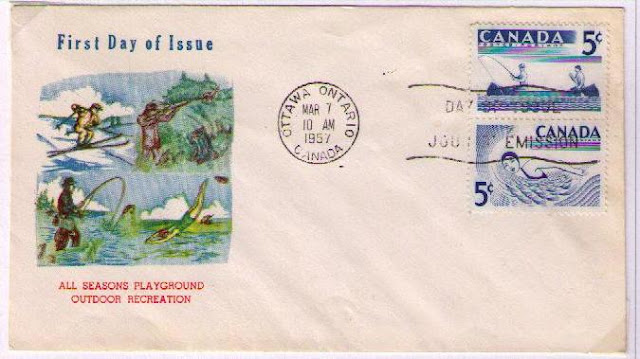 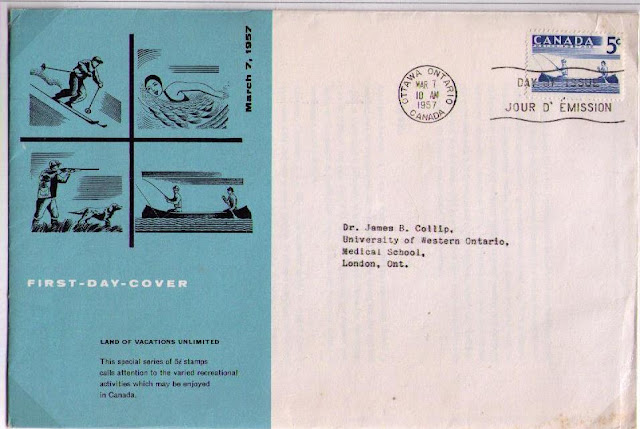 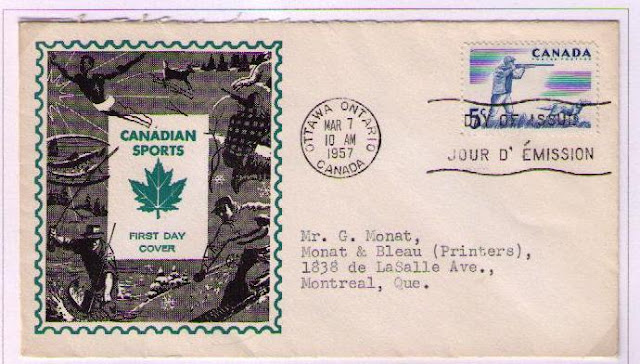 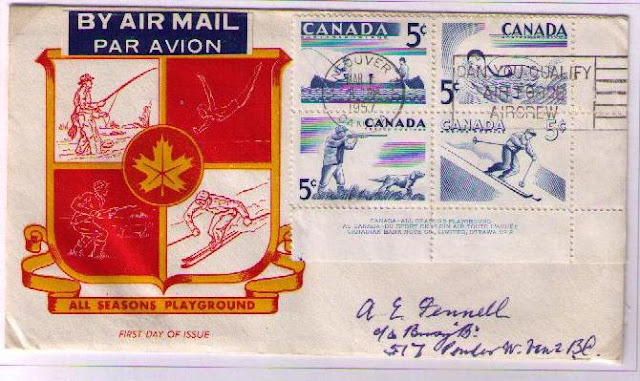 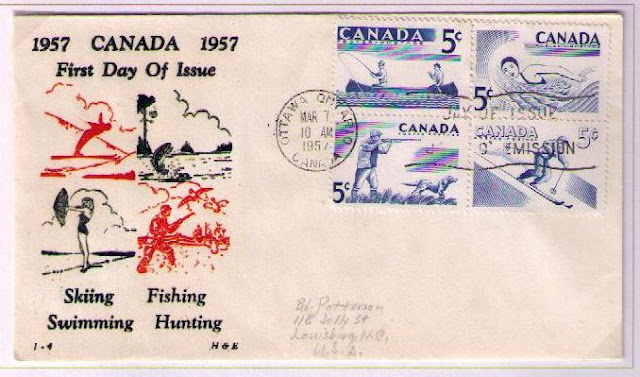 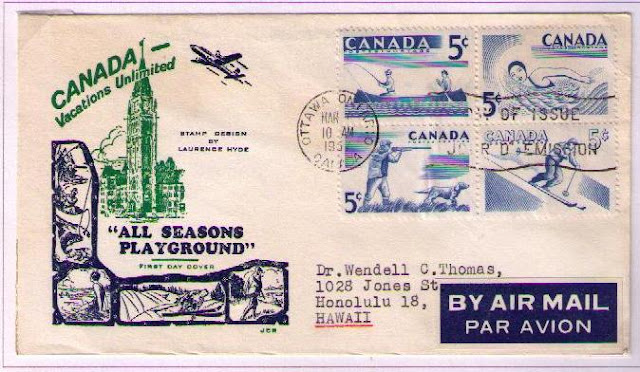 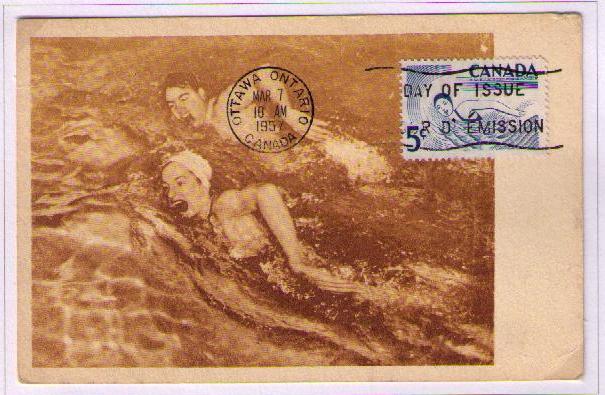 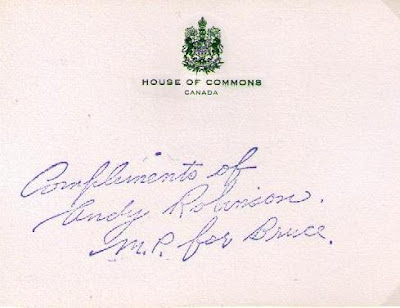 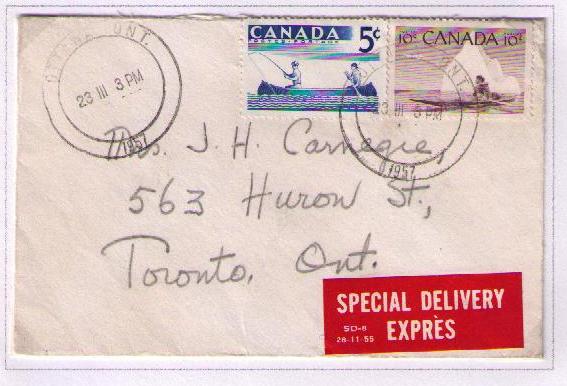 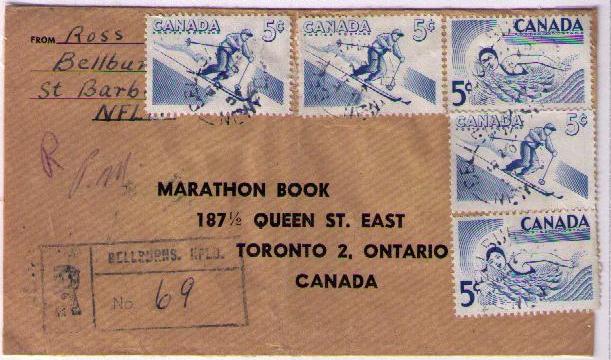 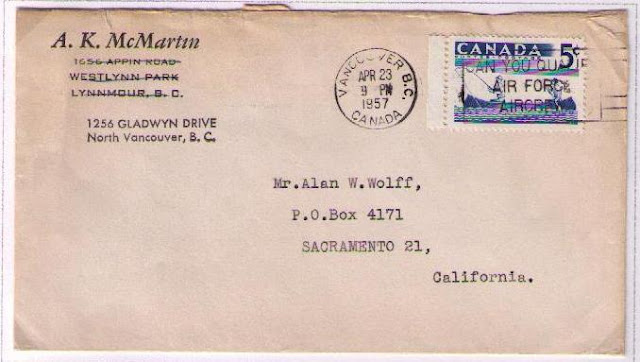 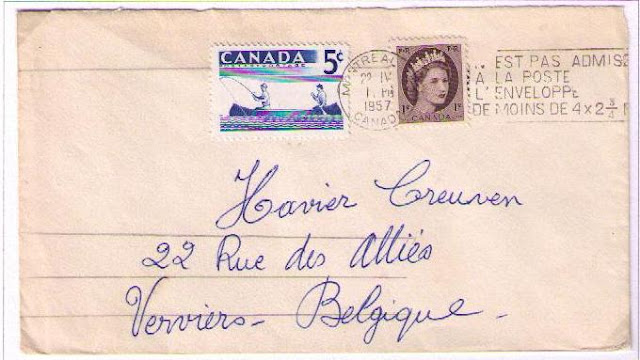 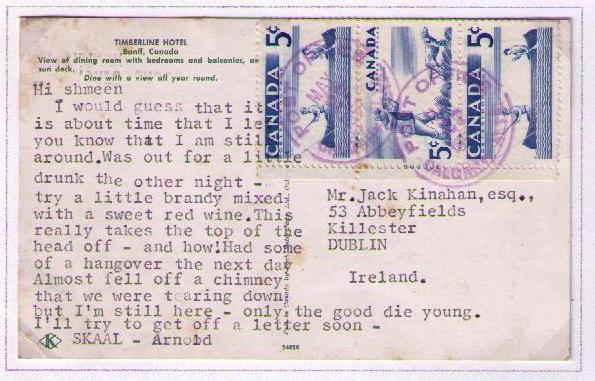