La Verendrye (1685 - 1749) was a Canadian-born explorer and fur trader who built a string of fur-trading posts from Ontario to Manitoba. The expeditions organized by La Verendrye and spearheaded by his sons were the first to open the country from Lake Superior to the lower Saskatchewan River and the Missouri River to the French fur trade.

The La Verendrye commemorative stamp was issued on June 4, 1958 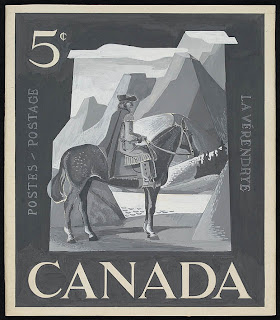 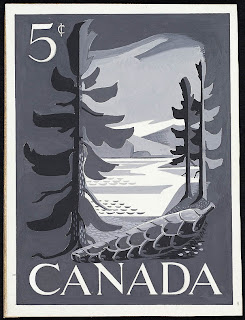 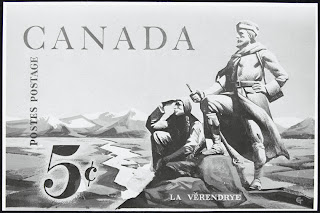 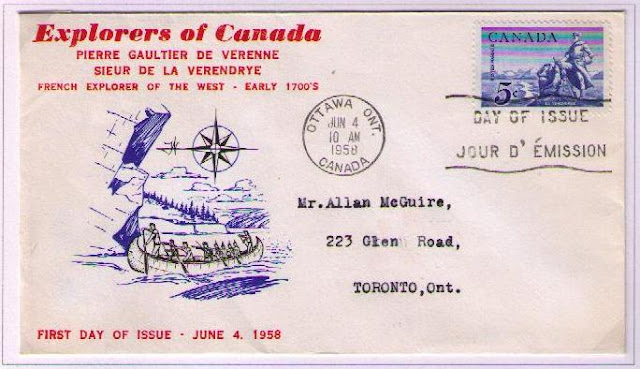 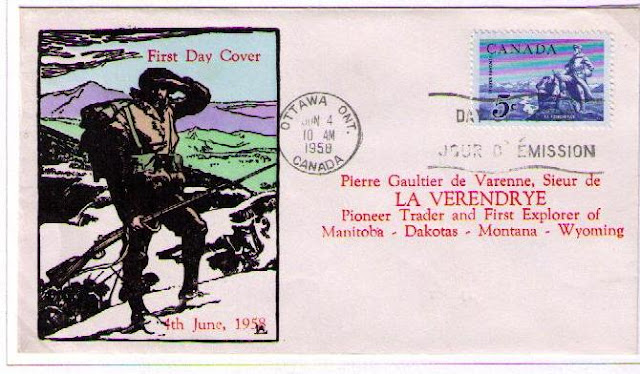 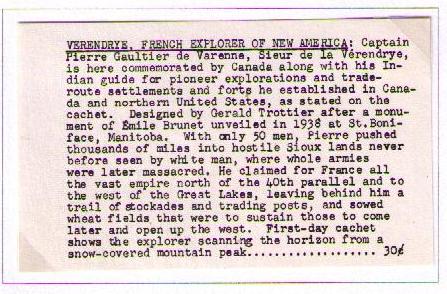 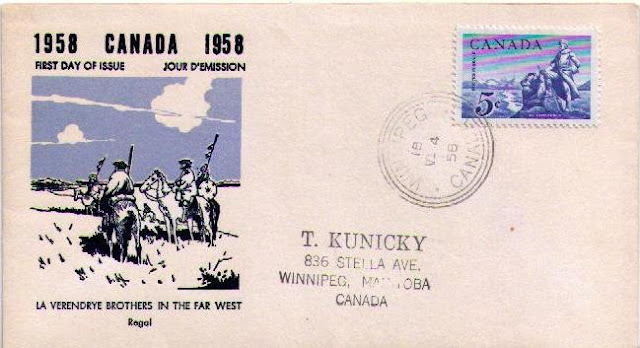 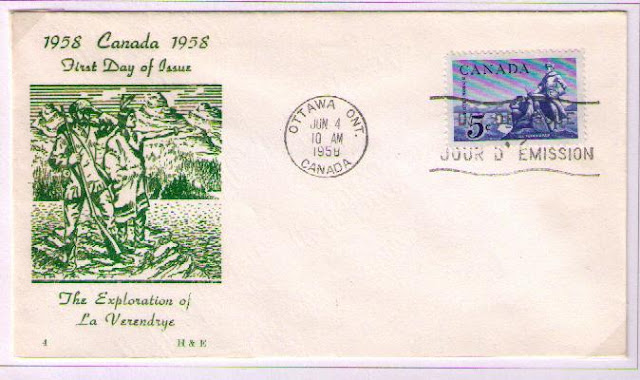 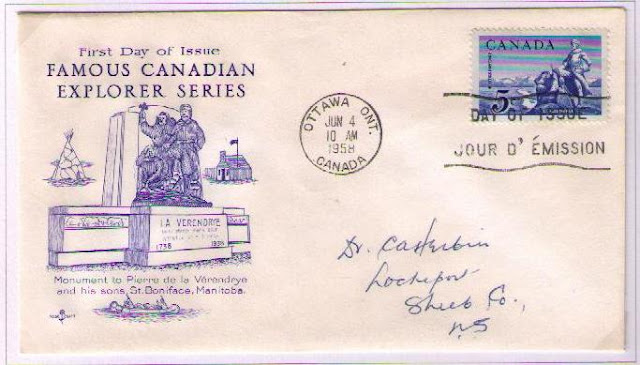 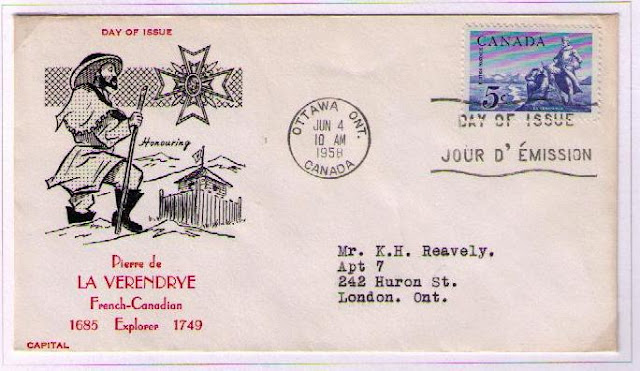 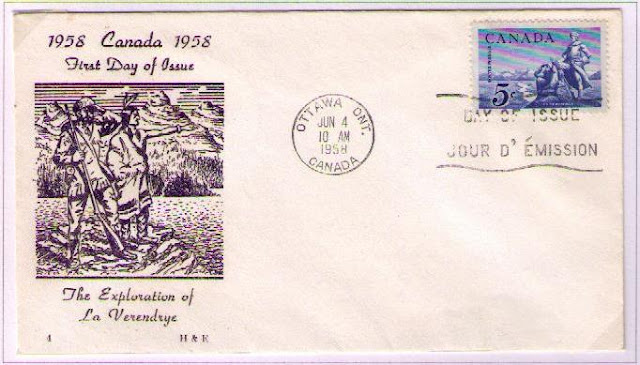 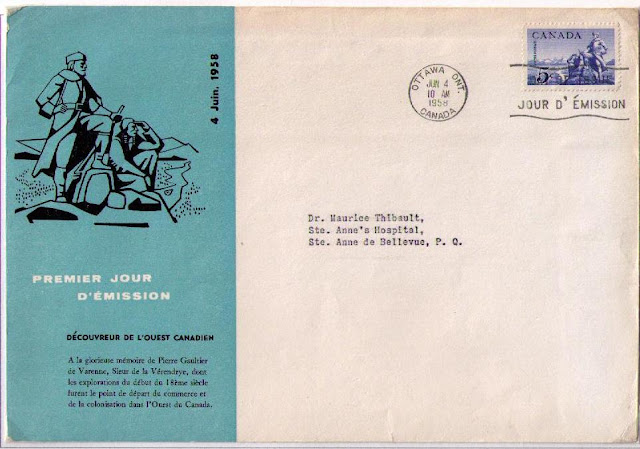 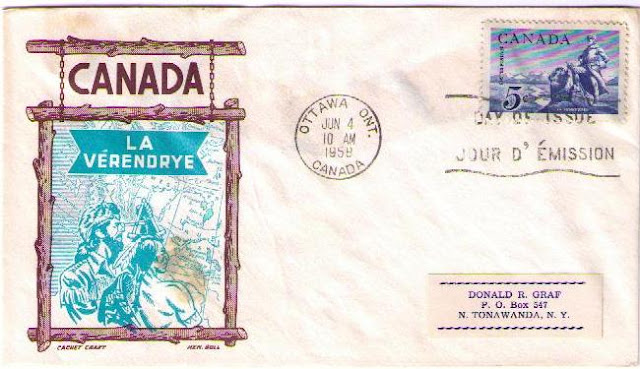 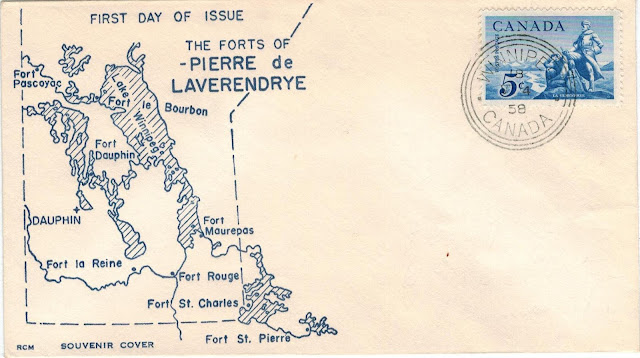 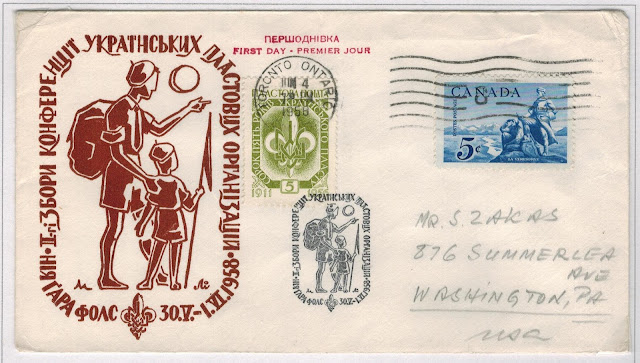 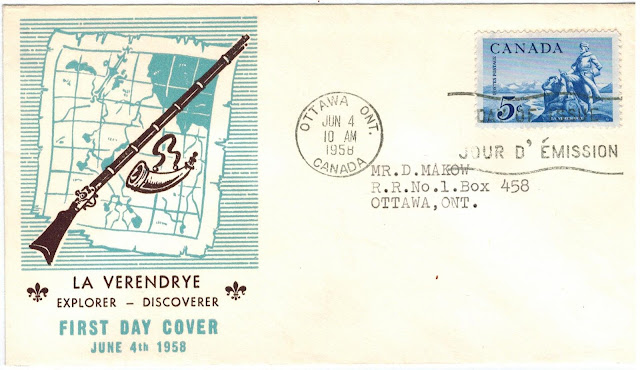 First Day Cover mailed from the House of Commons to Hamilton by Ellen Fairclough, Minister of Citizenship and Immigration 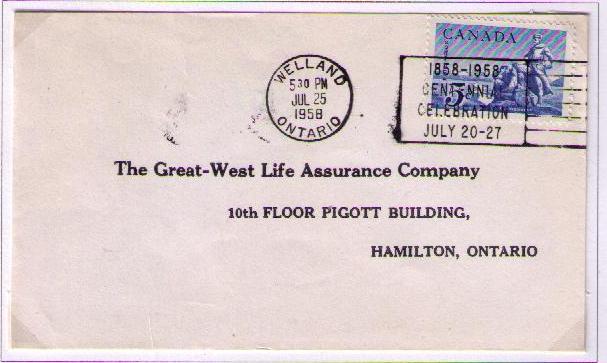 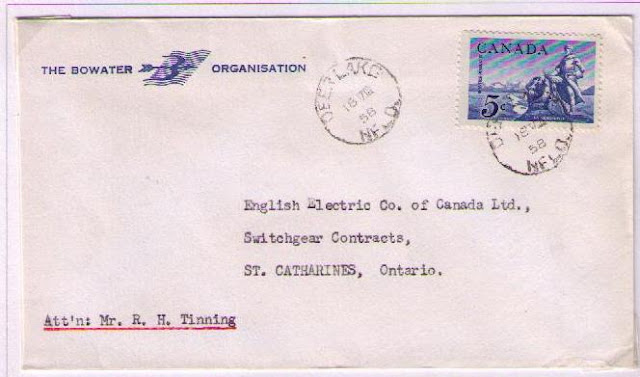 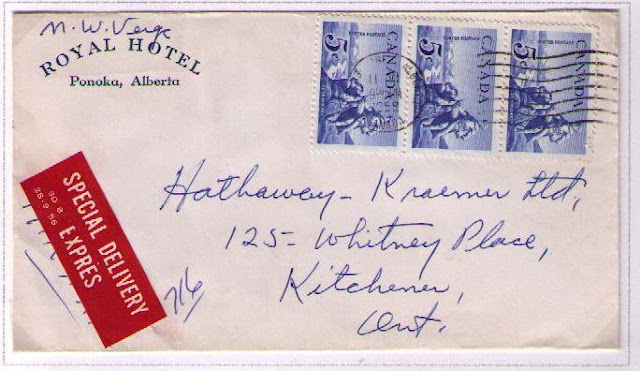 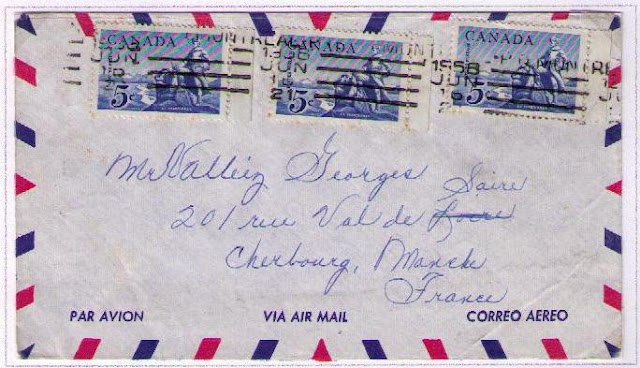