The image used for the John Abbott stamp was based on the photograph below. 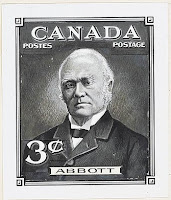 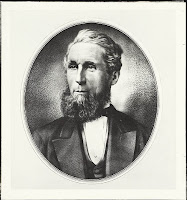 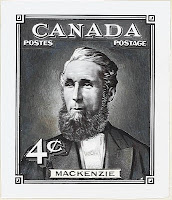 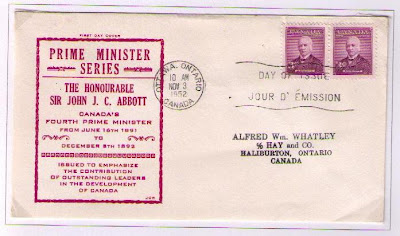 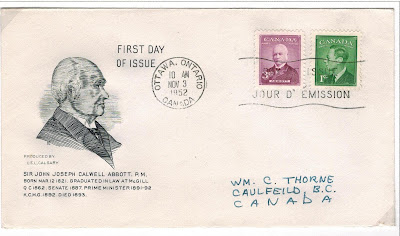 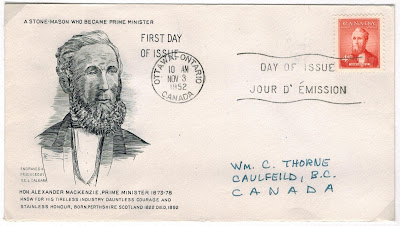 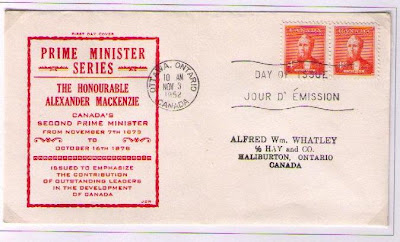 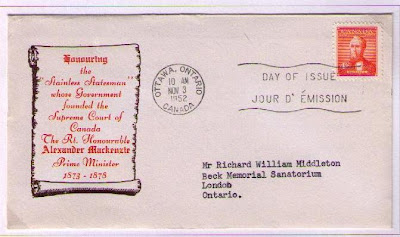 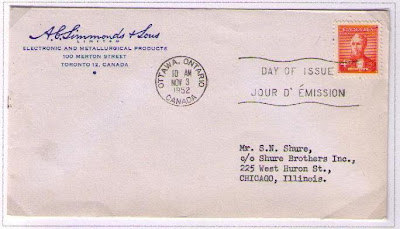 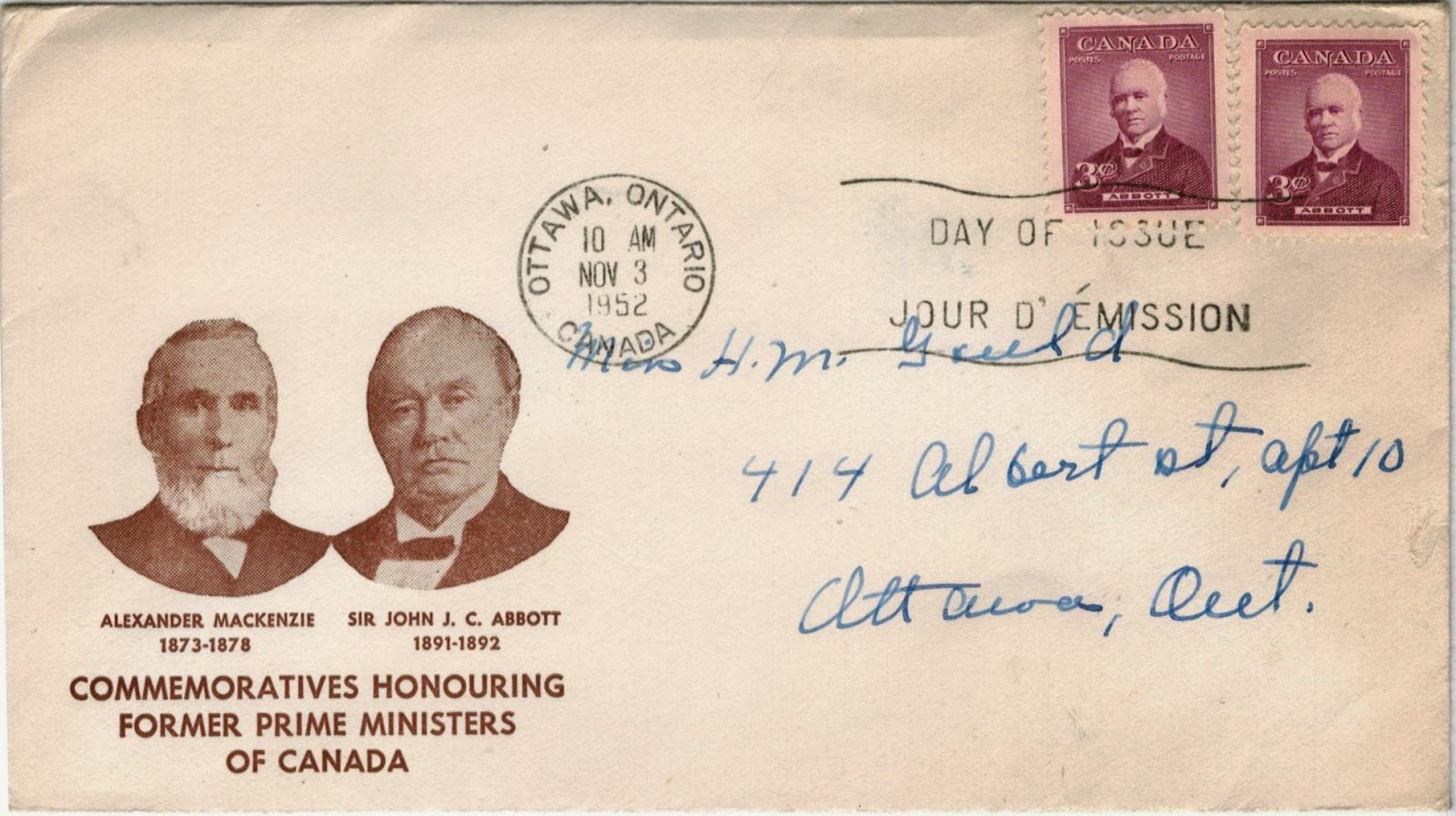 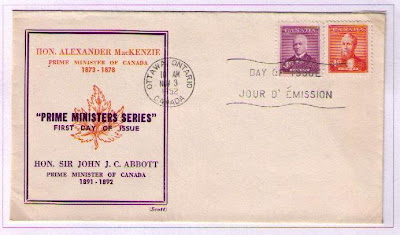 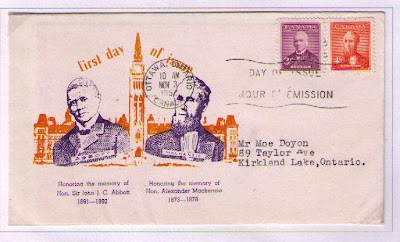 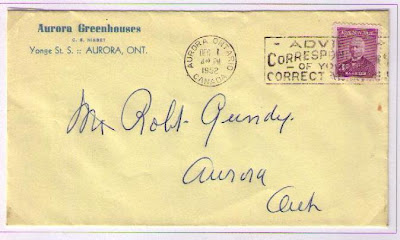 The surface UPU printed matter rate was 2 cents for the first two ounces. The envelope below was unsealed and the date of mailing (November 26, 1952) suggests that it contained a Christmas card. The letter was franked with a 3 cent stamp and was thus overpaid. The Swiss post office however treated it as an underpaid surface letter and taxed it accordingly. 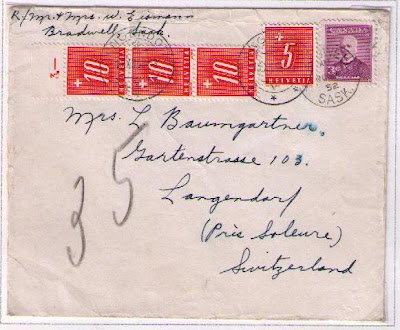 A Possible Explanation for the Swiss Taxation: 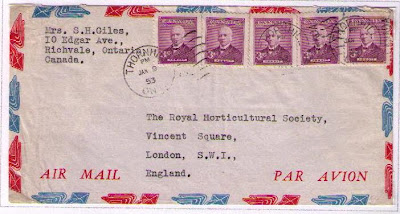 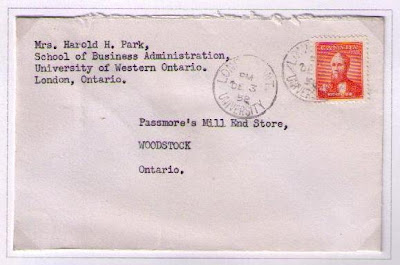 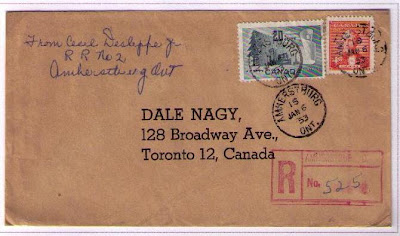 
Air Mail to the United States 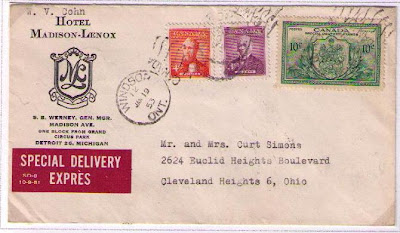 The surface letter fee to Great Britain was 4 cents for the first ounce. 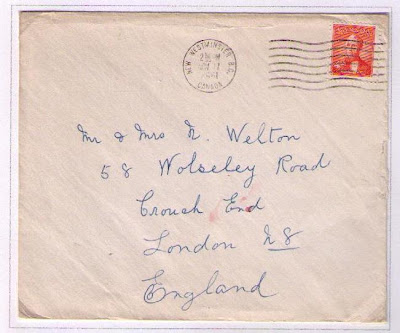 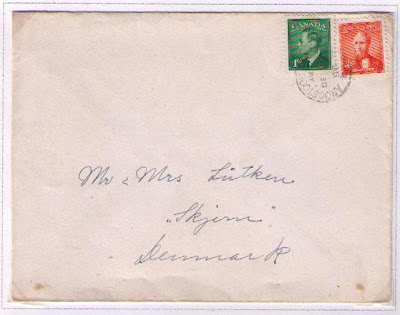