The Canada Post Office provided the following description in its press release:

The new 10¢ postage stamp was designed by Harold Beament, Montreal, and the stamps were engraved by the Canadian Bank Note Company, Ottawa. The Eskimo and his kayak represents the life of Canada's most northern citizens; possibly they are also Canada's oldest citizens though they have been among the least known. This stamp is a tribute to the remarkable people of our last frontier.


The sketch below drawn by Jim Huston was used by stamp designer Harold Beament. 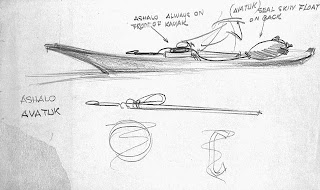 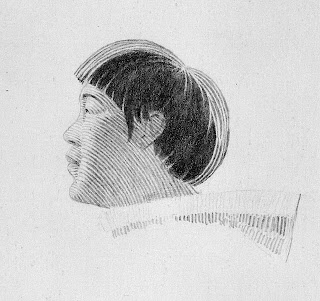 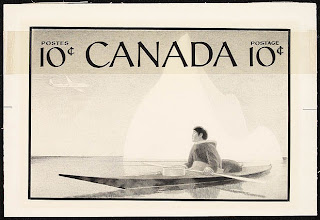 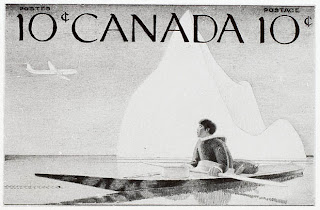 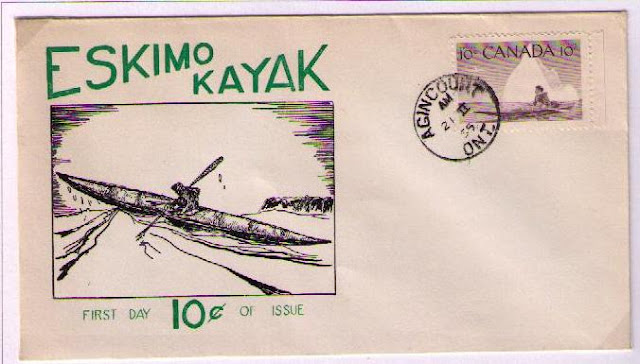 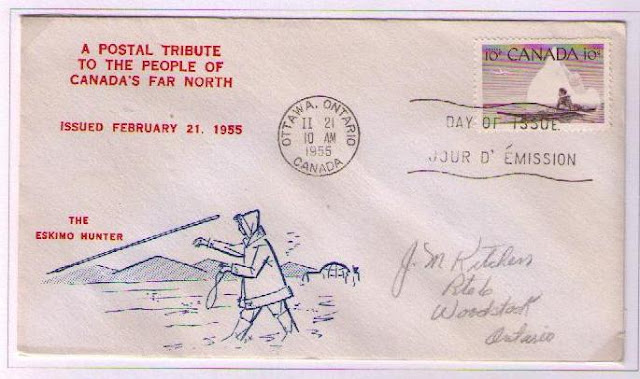 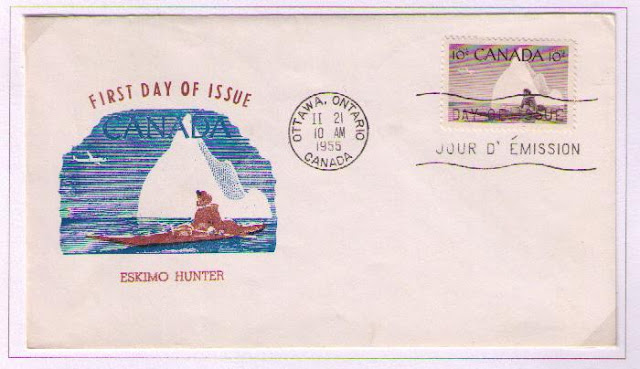 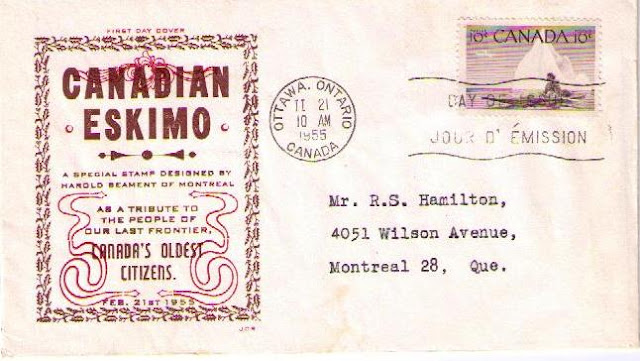 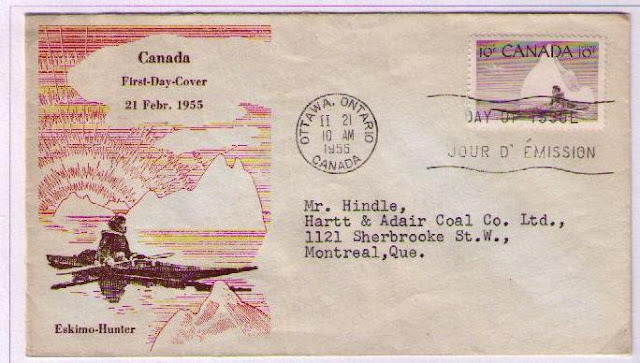 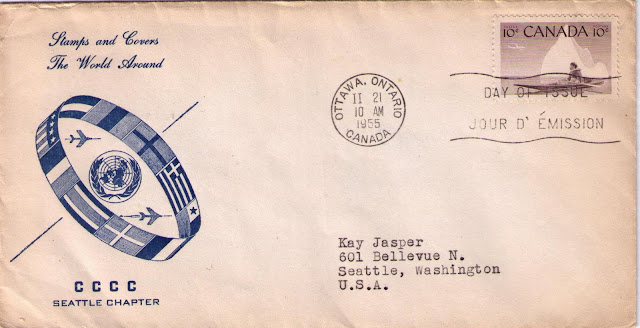 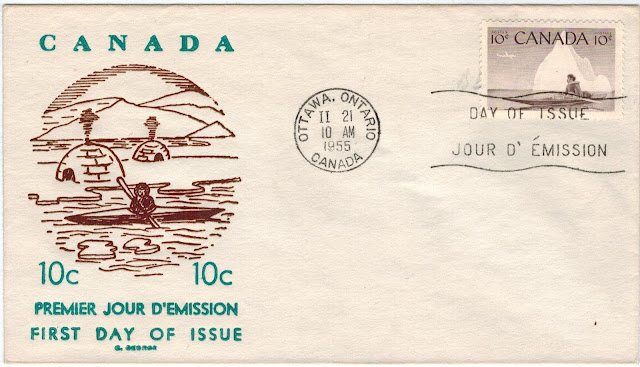 I have selected single usages for this posting.
(Most of the usages below have been shown in previous postings) 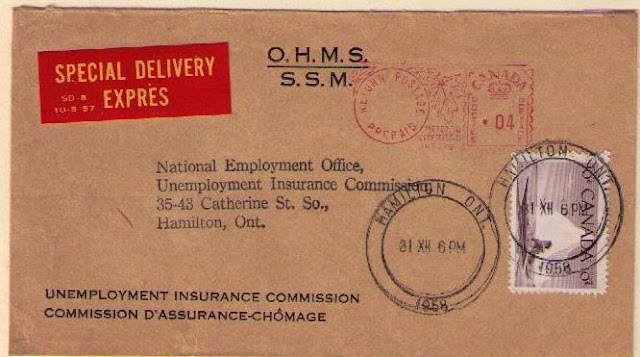 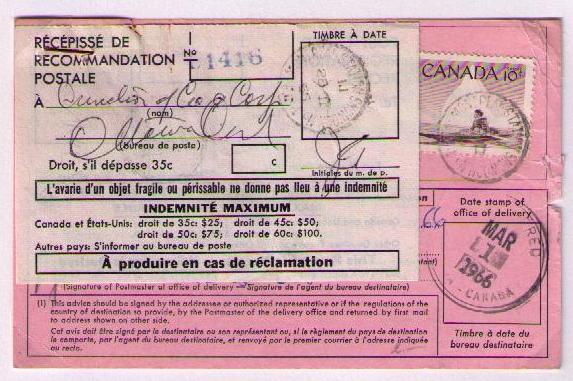 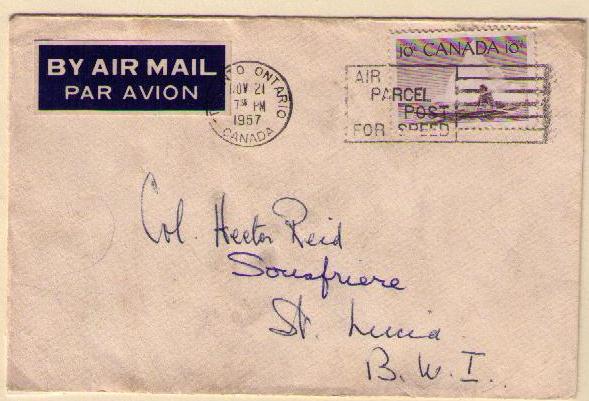 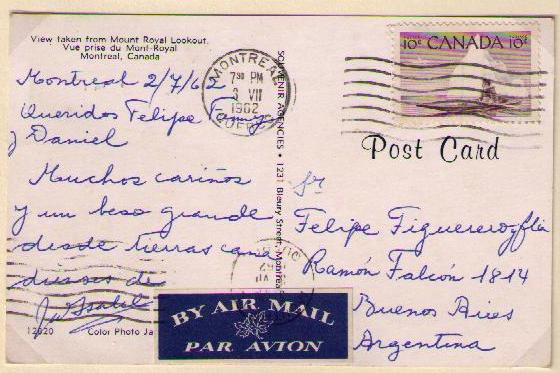 On January 1, 1966 the air mail post card rate to all international destinations was 10 cents. 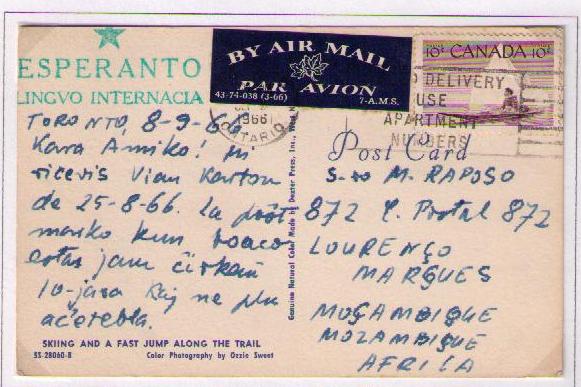 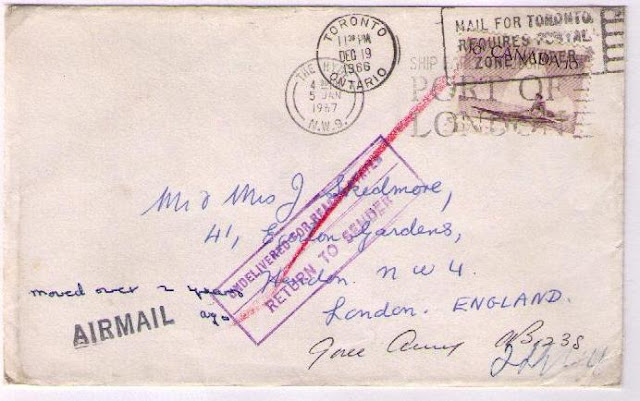 On January 1, the UPU surface letter rate was increased from 6 cents to 10 cents. 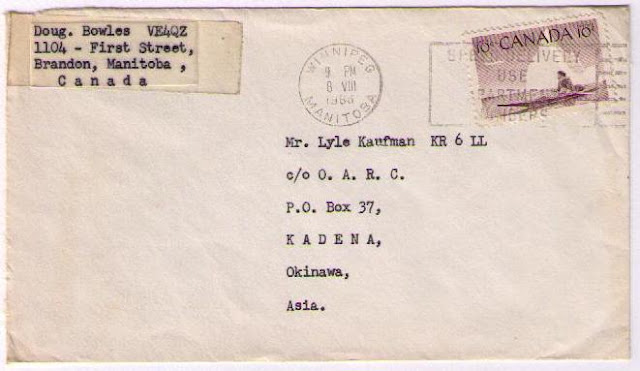 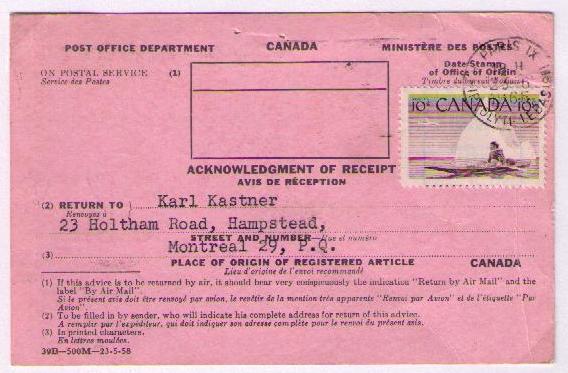 10 cents AR fee at time of despatch
Posted by philcovex at 6:54 PM