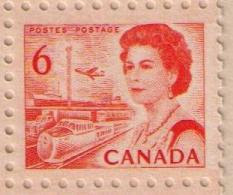 Domestic and International postal rates were increased on November 1, 1968. The domestic first class domestic letter rate, for example, was increased to 6 cents. Canada Post Office issued a 6 cent regular stamp on November 1, 1968 designed by the Canadian Bank Note Company and printed in sheet format by the British American Bank Note Company. The orange stamp, whose theme was transportation and communication, showed a turbo train, a truck and bus, a lake vessel, and an inter-city jet aircraft to represent transportation, and a microwave tower to symbolize Canada-wide communications.

A turbo train was featured prominently in the left foreground of the 6 cent stamp. The turbo train was an early high-speed, gas turbine train manufactured by United Aircraft Corporation that operated in Canada between 1968 and 1982. 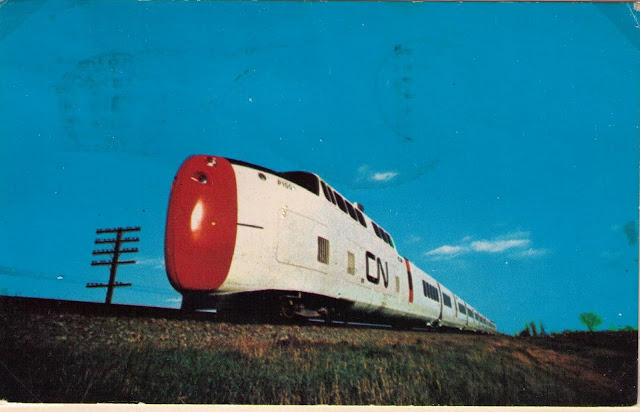 Commercial service began in 1969. Turbo service was about a full hour faster than CN's previous express trains, the "Rapido". Technical problems arose with the Turbo's performance in Canada's cold winters and the cars were rebuilt in 1971. 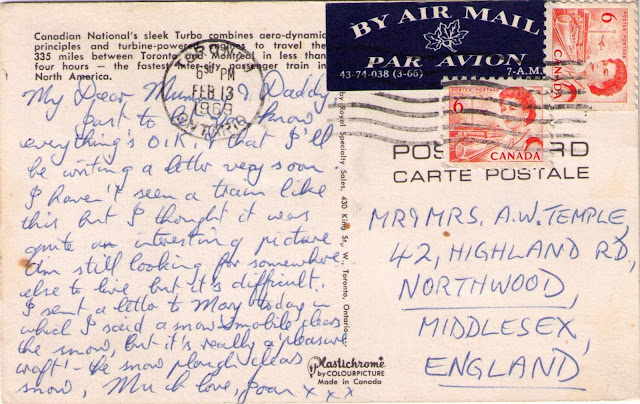 The postcard of the "Turbo" was mailed to Northwood England from Toronto, February 13, 1969. A pair of 6 cent orange regular stamps paid the 10 cent air mail rate.

The Ottawa Post Office did not service first day covers for the 6 cent definitive stamp. 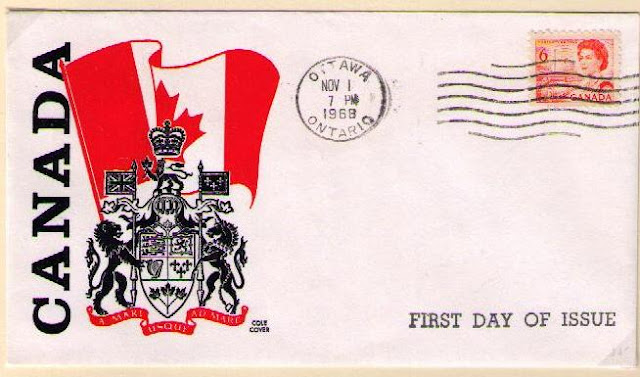 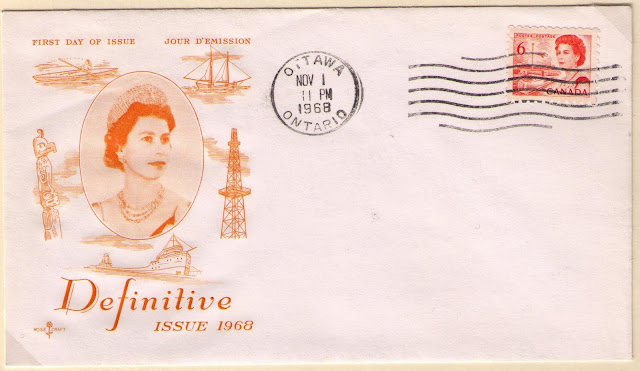 The 5 cent Christmas stamp was also issued on November 1, 1968 for which a "Day of Issue" cancellation was provided. The 6 cent definitive stamp could thus be cancelled "Day of Issue" if affixed to a Christmas first day cover. 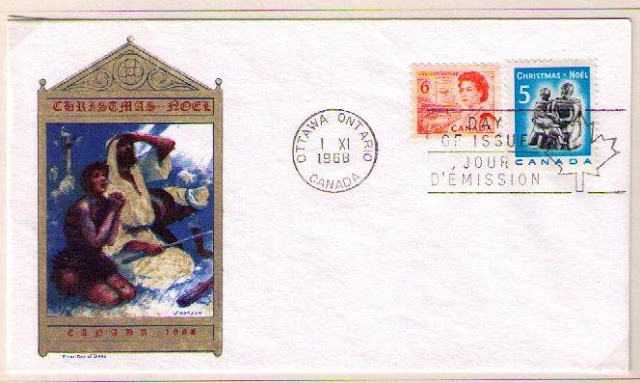 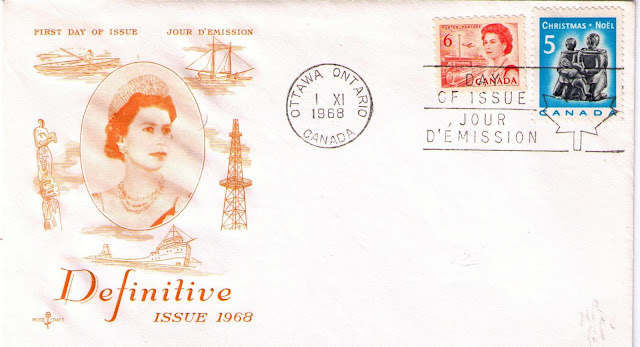 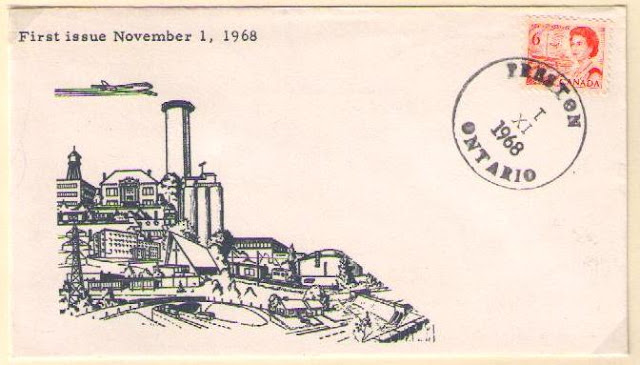 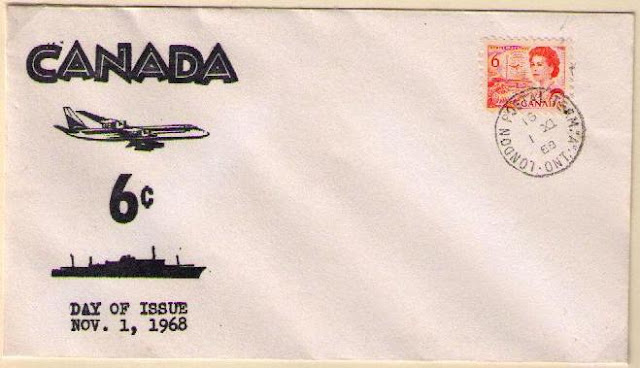 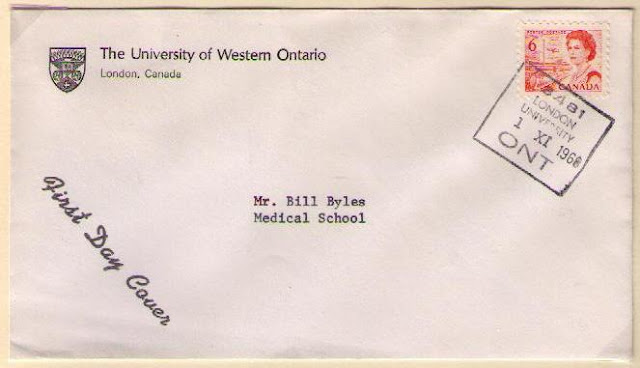 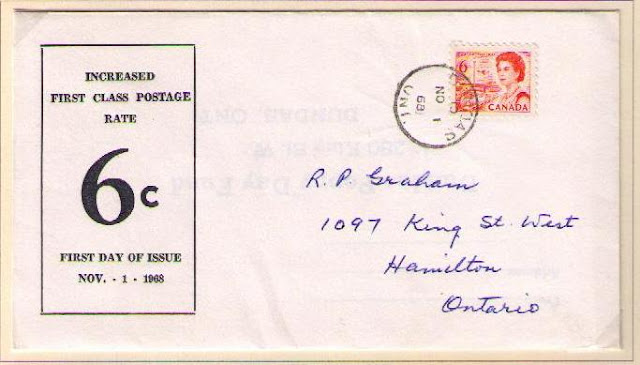 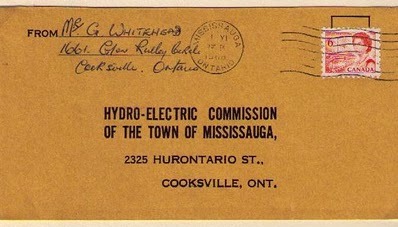 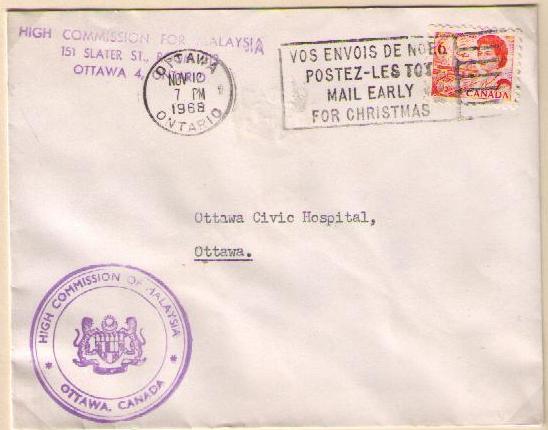 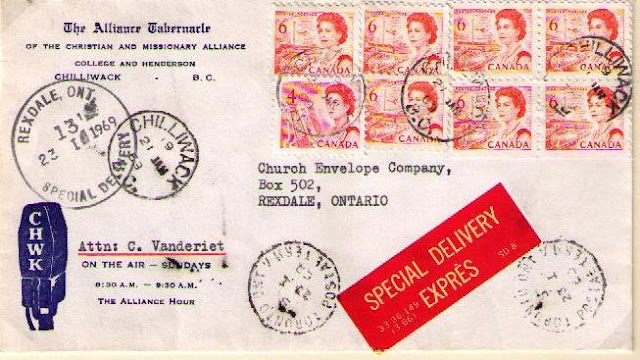 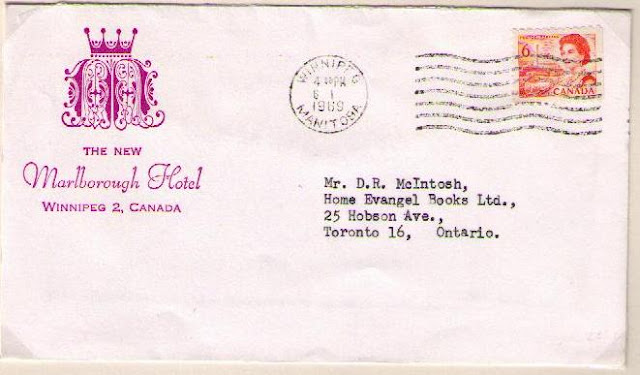 Fluorescent compounds in the ink were used to print some of the 6 cent perforated 10 stamps. 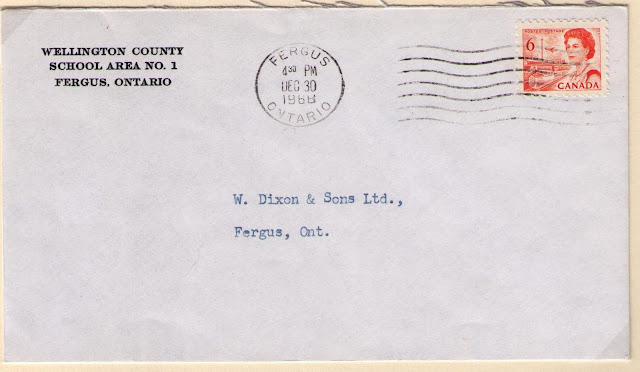 The 6 cent orange perforated 10 precancelled stamps were issued in June 1969. At that time, the printed matter rate was 5 cents, and only increased to 6 cents on July 1, 1971.

The BABN perforated 10 stamps were difficult to separate, resulting in torn stamps: 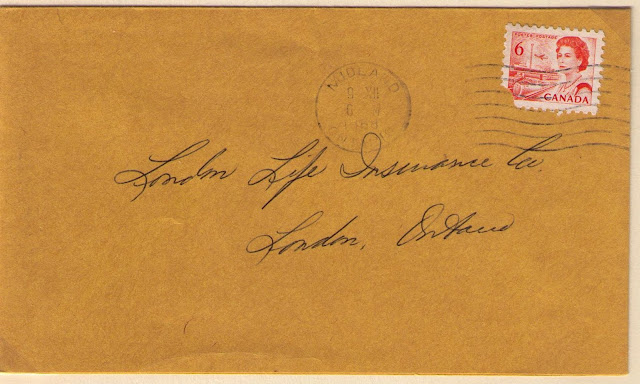 A torn perforated 10 stamp was not an uncommon occurrence 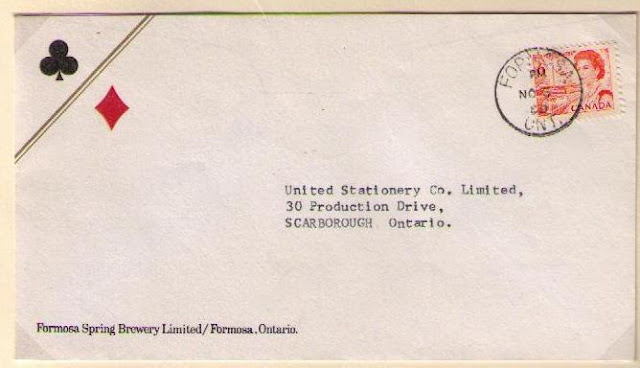 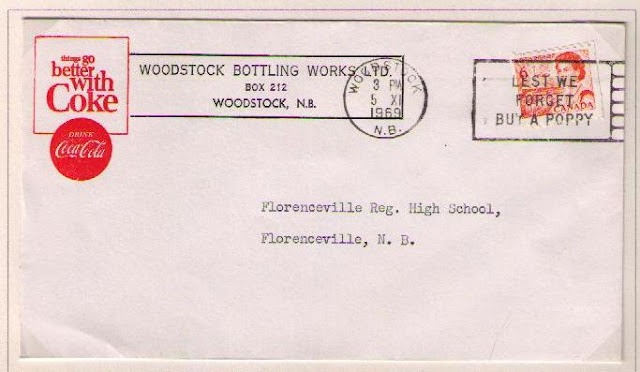 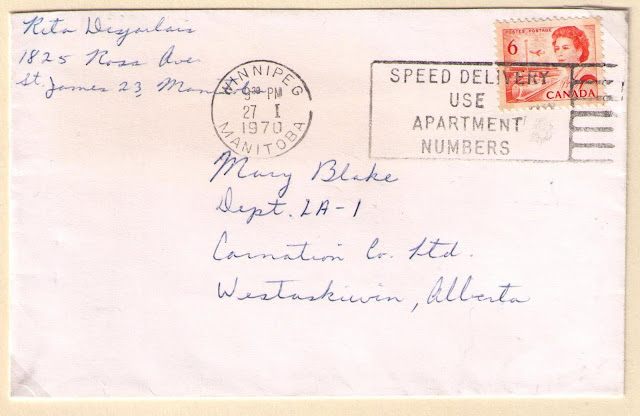 The sheet stamp printed on bright white "Hi-Brite" paper was issued in August 1969. 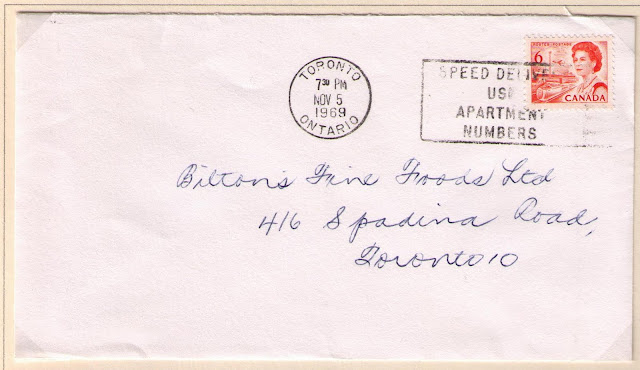 Counterfeit 6 cent orange stamps were lithographed and the orange ink fluoresces under ultra-violet radiation. The stamps were line-perforated 12.6 x 12.6. 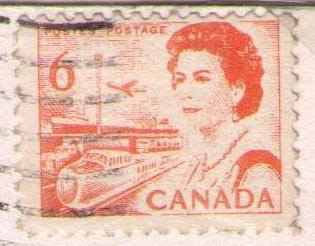 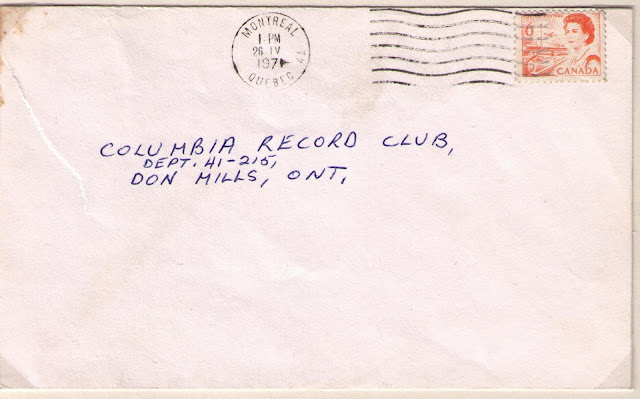