An Inuit carving called "Family Group" was featured on the 5 cent Christmas stamp issued on November 1, 1968. The carving, by Maggie Ittuvik Tayarak, was acquired by the Winnipeg Art Gallery in 1960.

The 5 cent stamp was issued in sheet and booklet formats.

The two 1968 Christmas stamps were issued on different dates. The 5 cent printed matter denomination was issued on November 1, 1968, while the 6 cent first class letter rate stamp was released on November 15, 1968. 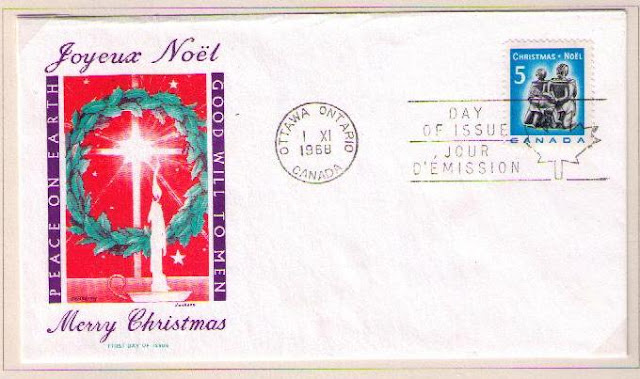 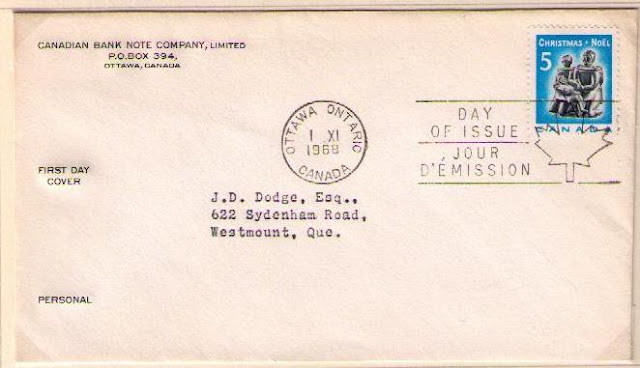 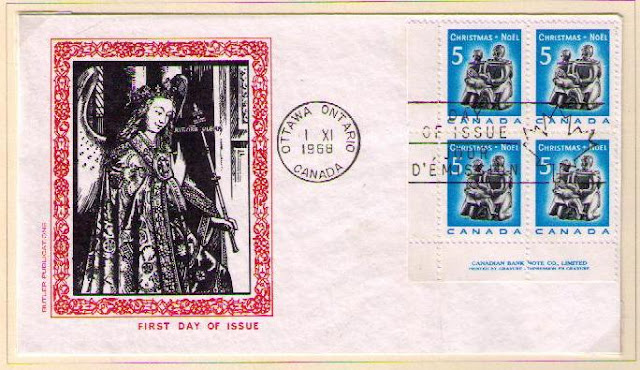 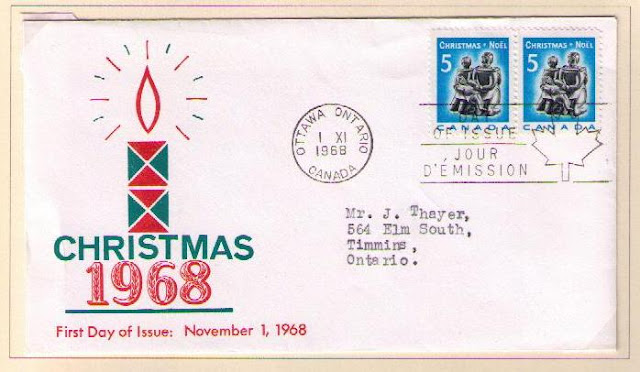 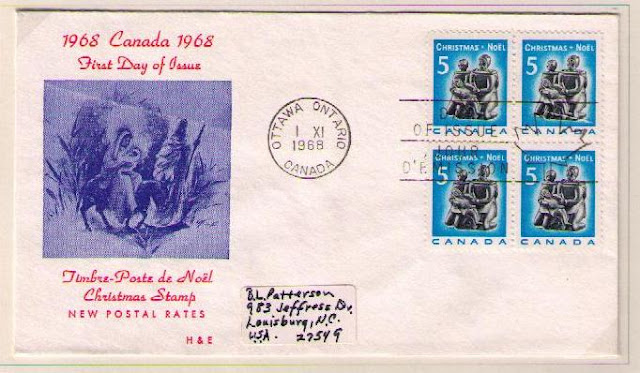 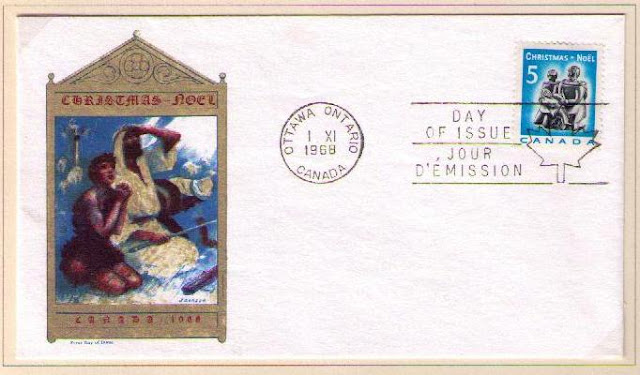 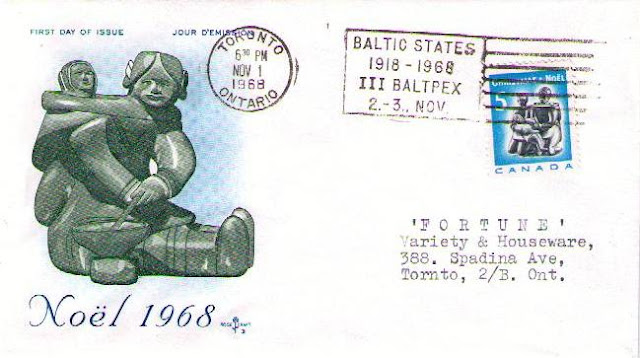 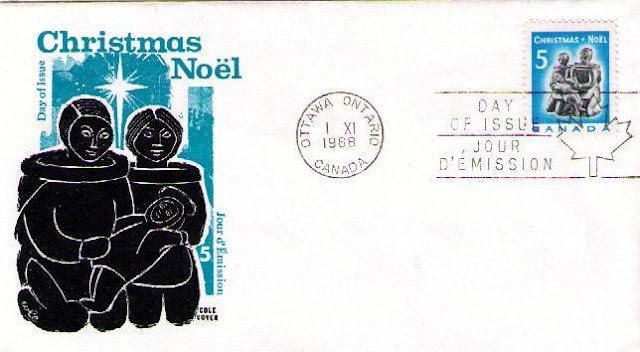 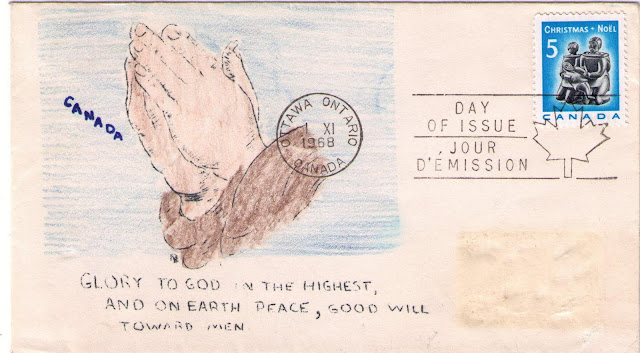 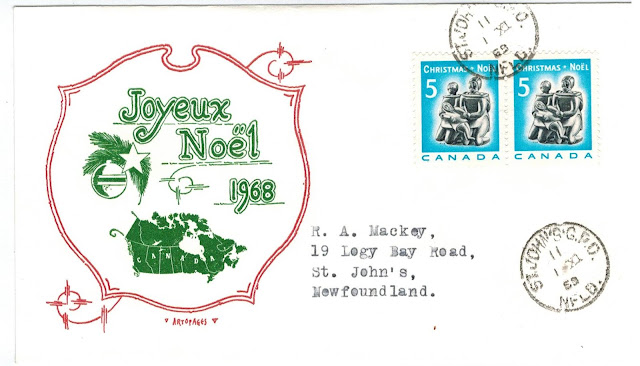 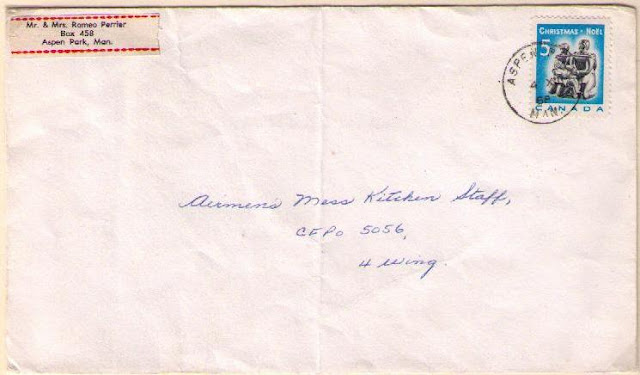 
Air Mail Letter to the US 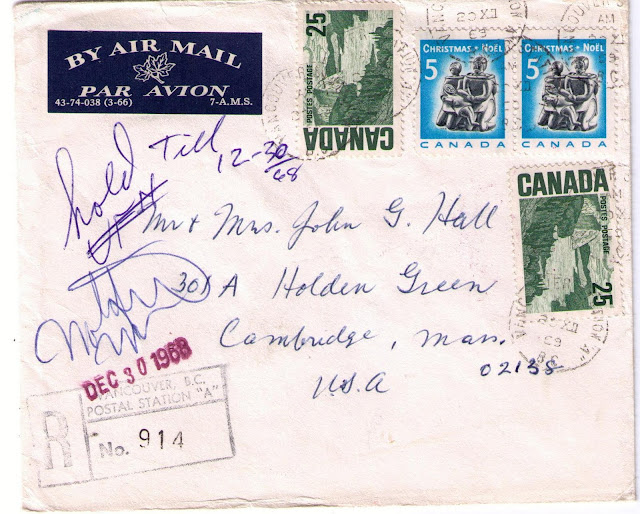