Canada Post Office issued a 5 cent Meteorological stamp on March 15, 1968, to commemorate the 200th anniversary of Canada's first long-term fixed point weather observations. The weather readings commemorated by the stamp were started at Fort Prince of Wales, Churchill, by William Wales and Joseph Dymond on September 10, 1768. Daily observations by thermometer and barometer continued until August 27, 1769. Dymond and Wales were at Hudson Bay to observe the transit of Venus. Wales, one of the foremost astronomers and mathematicians of the day, was later to accompany Captain Cook on voyages around the world. 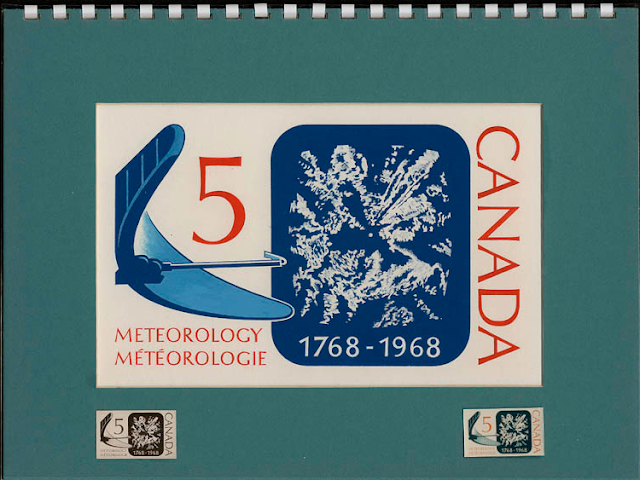 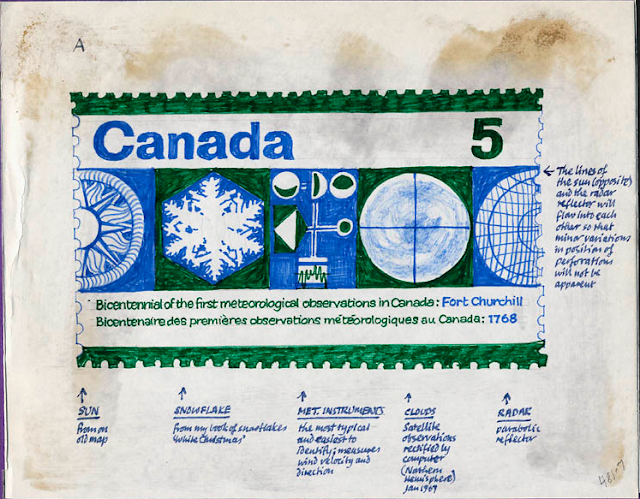 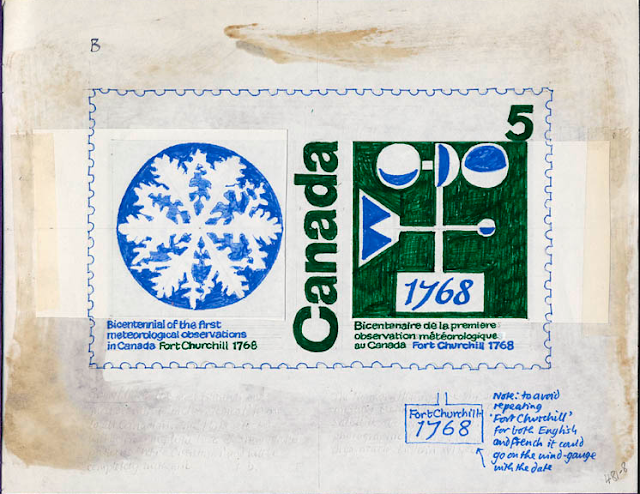 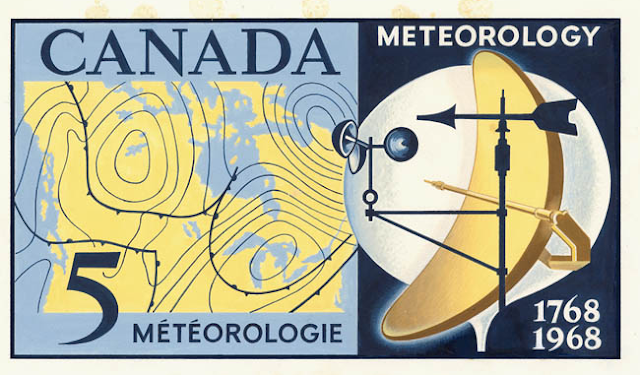 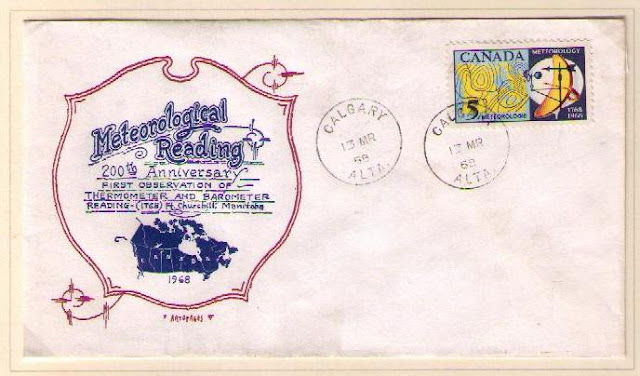 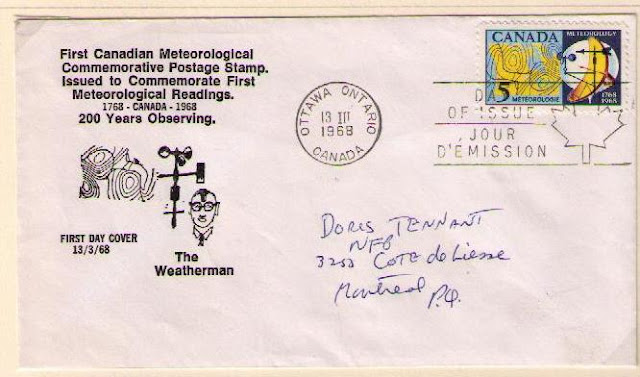 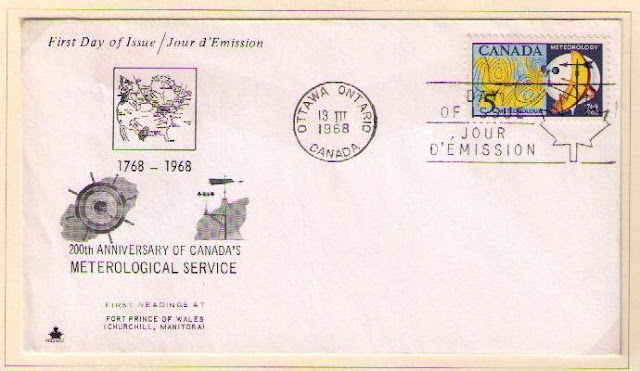 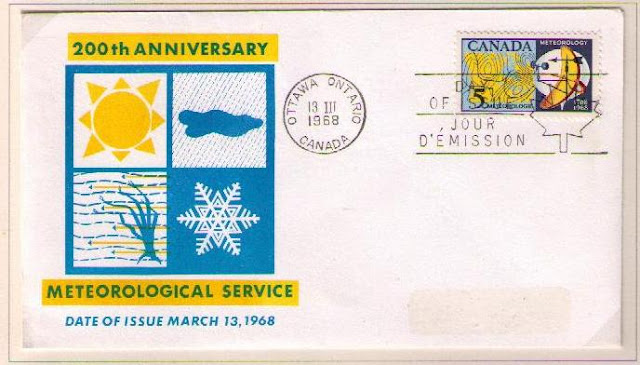 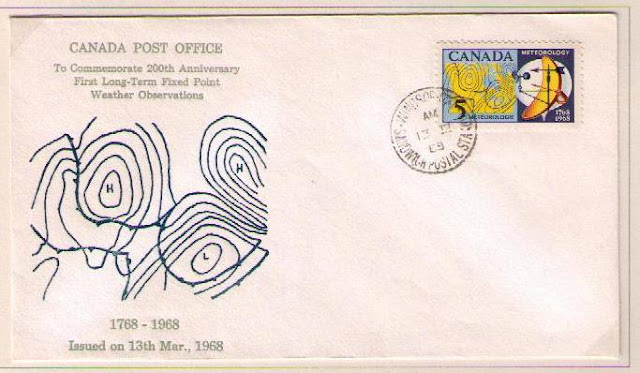 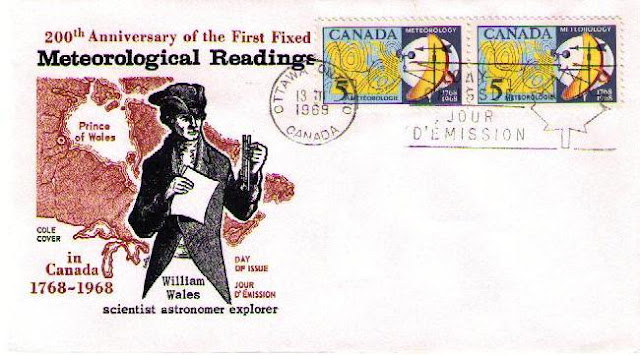 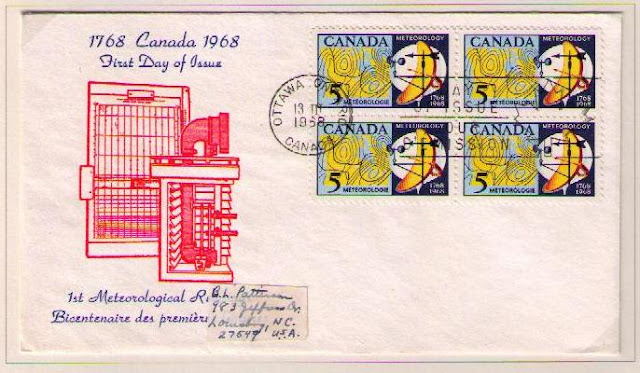 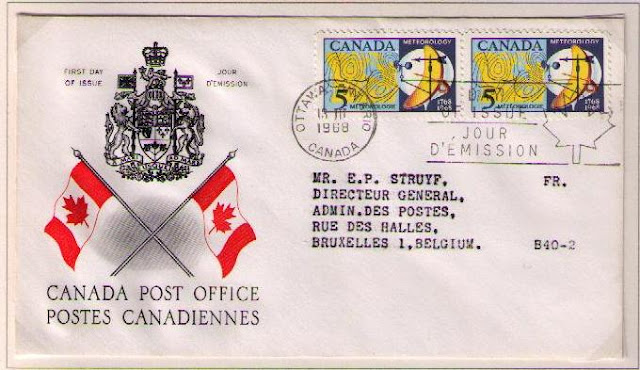 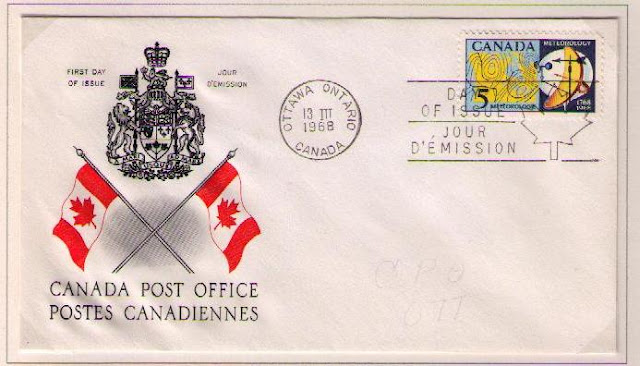 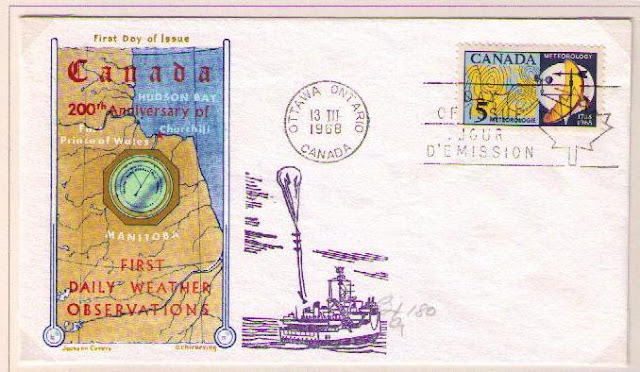 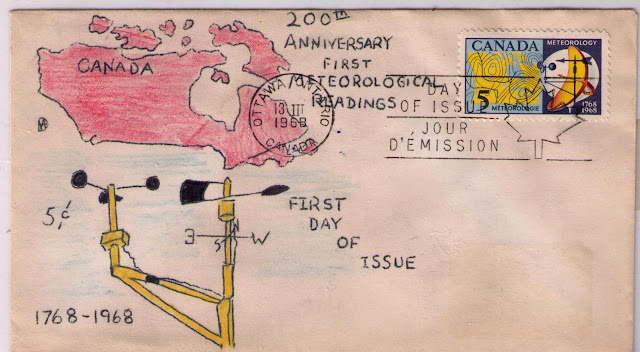 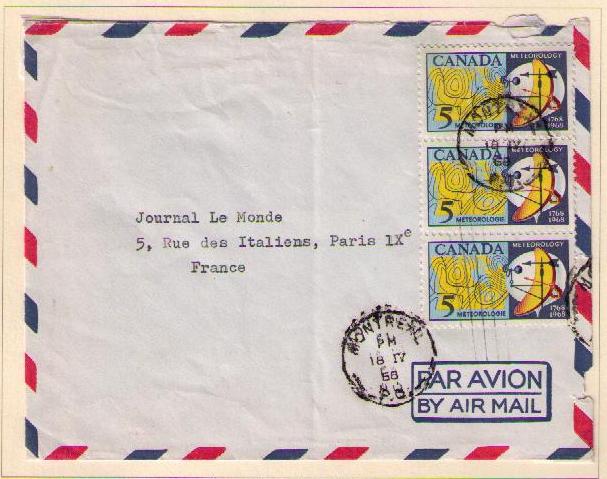