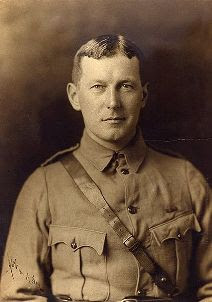 In Flanders Fields the poppies blow
Between the crosses, row on row,
That mark our place; and in the sky
The larks, still bravely singing, fly
Scarce heard amid the guns below.

We are the Dead. Short days ago
We lived, felt dawn, saw sunset glow,
Loved, and were loved, and now we lie
In Flanders fields.

Take up our quarrel with the foe:
To you from failing hands we throw
The torch, be yours to hold it high.
If ye break faith with us who die
We shall not sleep, though poppies grow
In Flanders fields

In Flanders Fields was first published in England's Punch magazine in December 1915. Within months, this poem came to symbolize the sacrifices of all who were fighting in the First World War. Today, the poem continues to be a part of Remembrance Day ceremonies in Canada and other countries throughout the world.

On January 28, 1918, while still commanding No 3 Canadian General Hospital at Boulogne, France, McCrae died of pneumonia.

An excellent biography of John McCrae has been posted on the Guelph museum website.

In 1968, a slogan cancellation honouring John McCrae was in use at the Guelph Post Office: 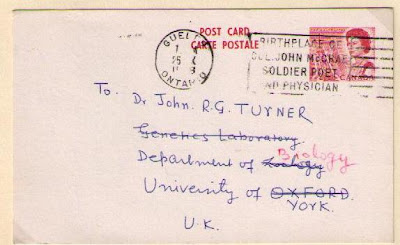 McCrae's poem inspired the adoption of the poppy as a symbol of remembrance for those who died in war. In 1972, a second John McCrae-related slogan was used in Guelph: 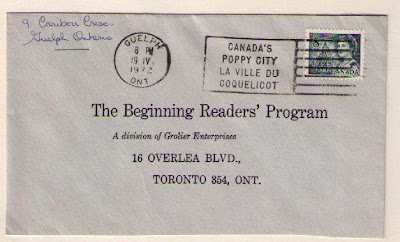 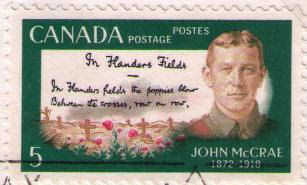 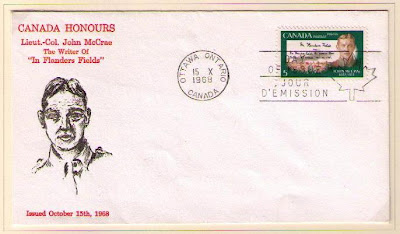 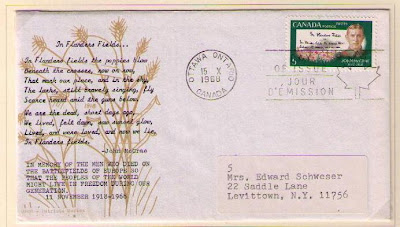 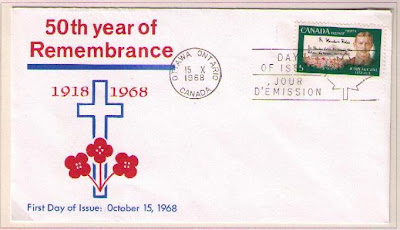 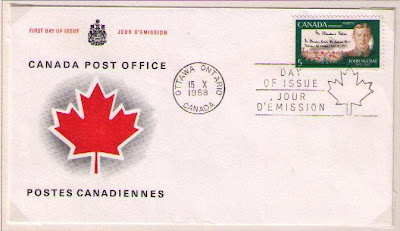 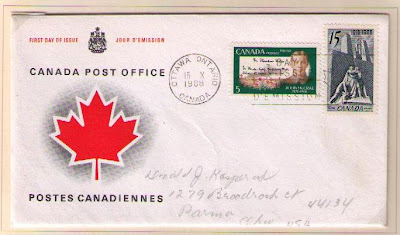 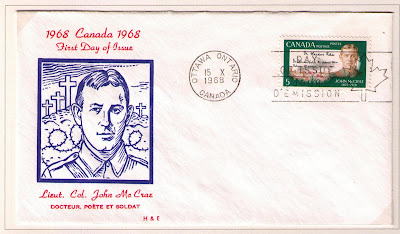 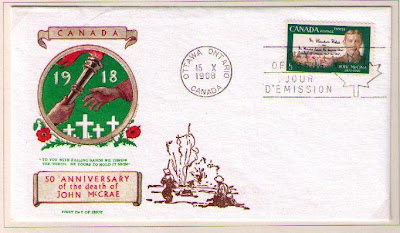 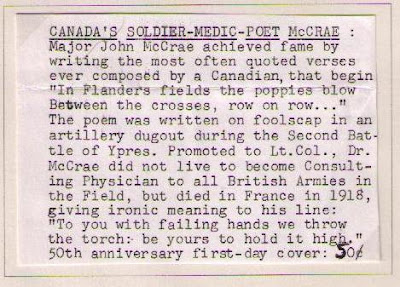 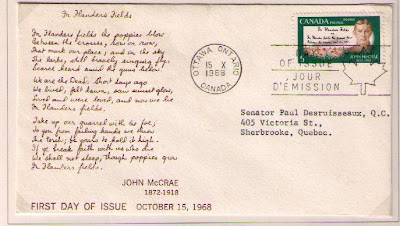 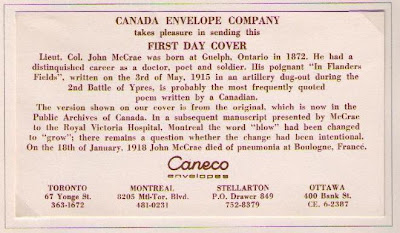 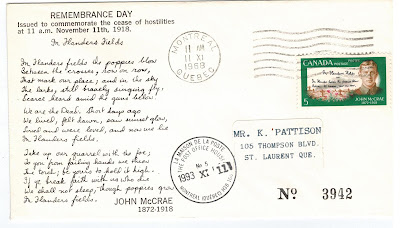 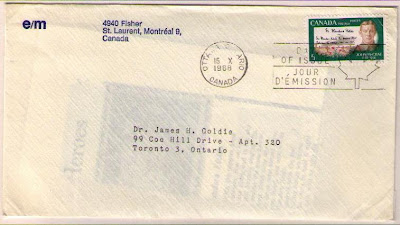 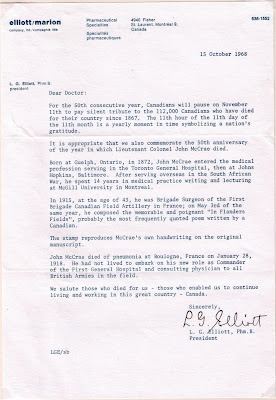 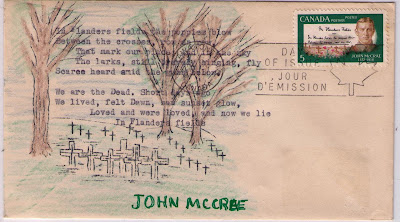 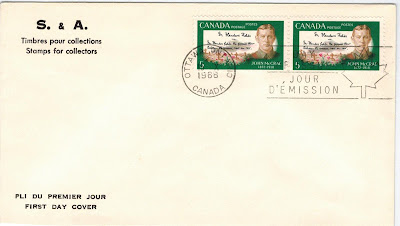 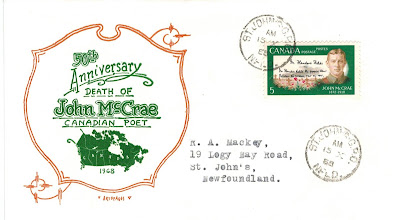 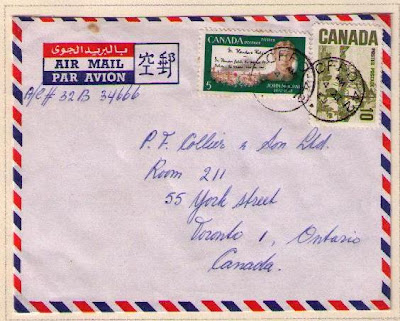 
Printed Matter to the U.S. 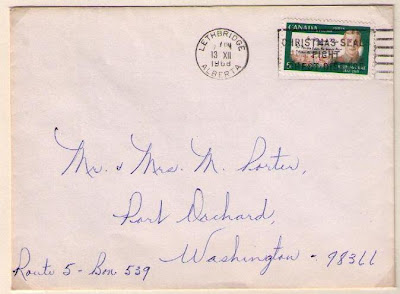 Lethbridge to Port Orchard, Wahington, December 13, 1968
5 cents printed matter rate to the U.S.
This is a correct single usage of the McCrae stamp after November 1, 1968.
Posted by philcovex at 6:17 AM