Canada Post Office issued a 5 cent commemorative stamp featuring the narwhal on April 10, 1968. The stamp was designed by John A. Crosbie, employed with the National Parks Service and an illustrator of several naturalist publications. Mr. Crosbie also designed the polar bear Wildlife stamp issued in 1955. 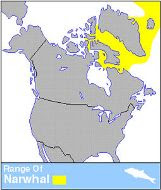 The narwhal (Monodon monoceros) is a medium-sized toothed whale that lives year-round in the Arctic. The narwhal males are distinguished by a characteristic long, straight, helical tusk extending from their upper left jaw. Found primarily in Canadian Arctic and Greenlandic waters rarely south of 65°N latitude, the narwhal is a uniquely specialized Arctic predator. In the winter, it feeds on benthic prey, mostly flatfish, at depths of up to 1500 m under dense pack ice. Narwhal have been harvested for over a thousand years by Inuit people in Northern Canada and Greenland for meat and ivory and a regulated subsistence hunt continues to this day.


Two watercolour essays of the Narwhal stamp have been posted on the Gallery Canada website . 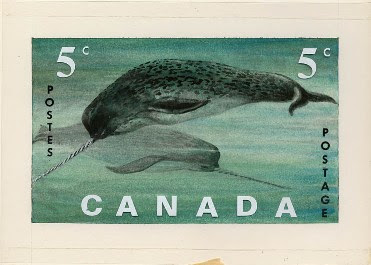 Clarence Tillenius of Winnipeg was commissioned to submit an essay for the Narwhal stamp. The essay was received on July 12, 1967. 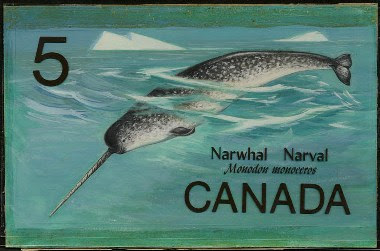 The commissioned essay submitted by John A. Crosby, Ottawa, was selected for the Narwhal stamp.

Difficulties with the printing equipment resulted in the manner the Narwal stamps were printed. The Post Office notified collectors of the change: 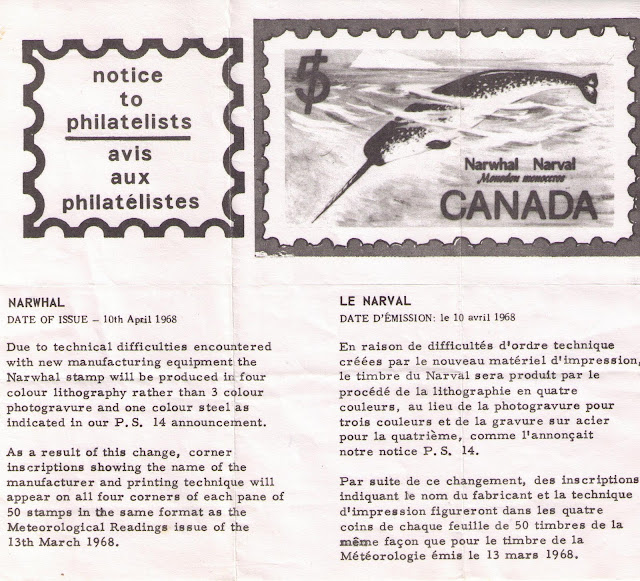 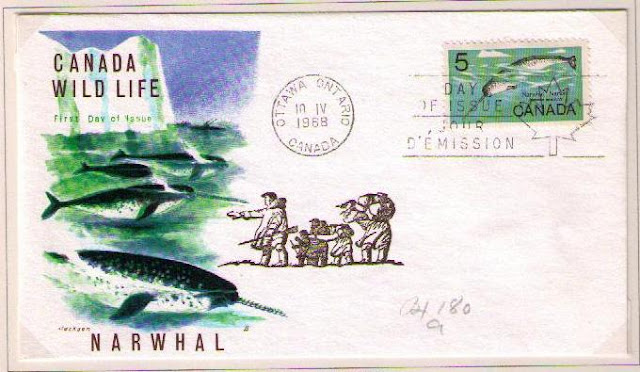 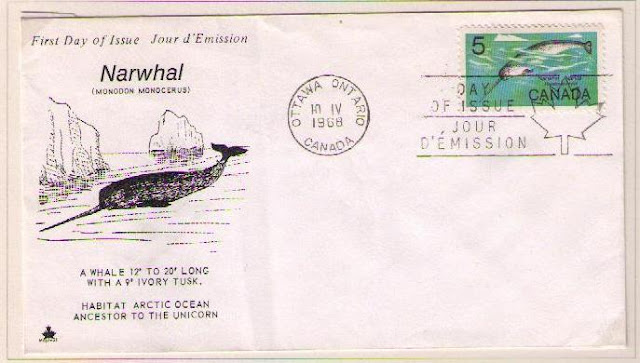 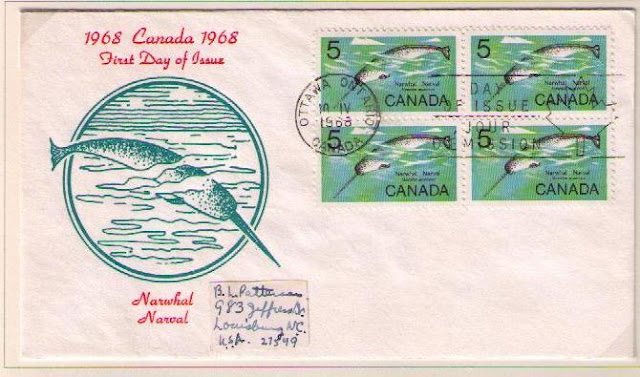 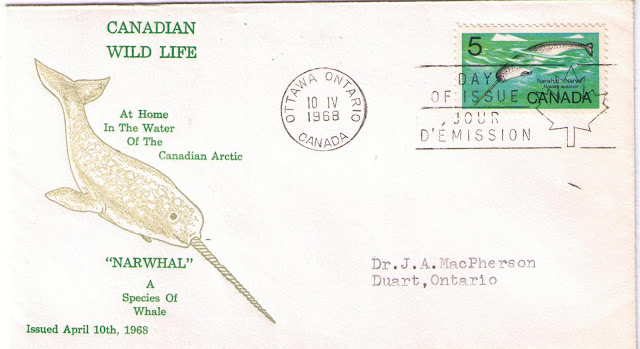 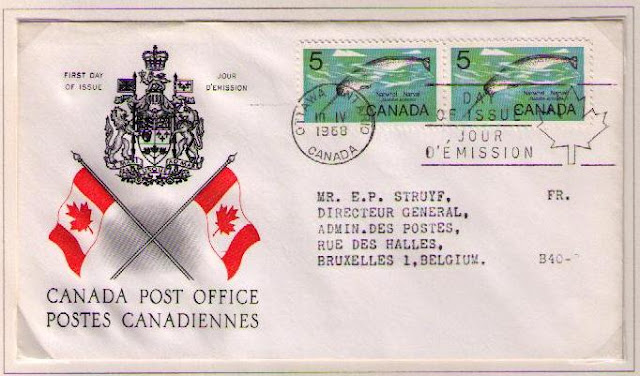 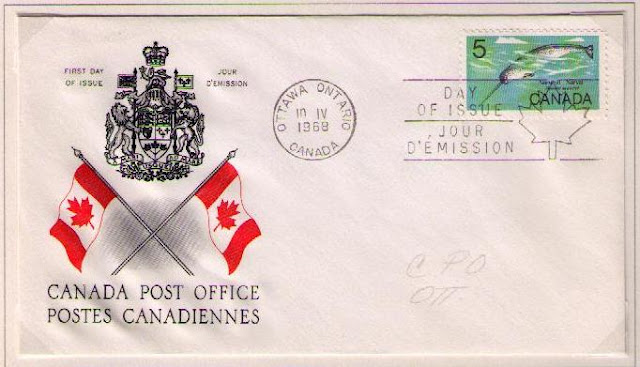 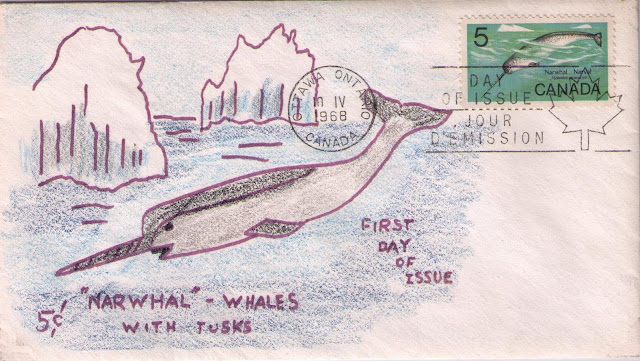 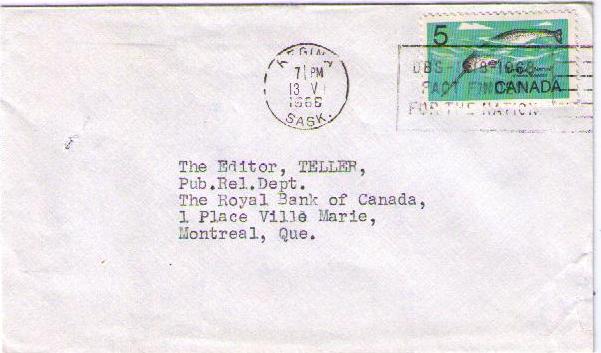