The underpaid cover shown below, mailed from Lancaster, England to Forest Ontario, February 12, 1957, was correctly taxed by the Manchester post office but incorrectly taxed in Canada. The error is understandable but the Canadian addressee paid three times the proper amount. 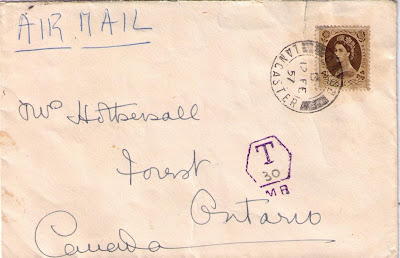 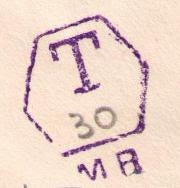 The Canadian Post Office (exchange office) would normally convert the centimes due to Canadian cents. This was not done in this case. The only due marking on the cover was the British "T 30" which may have been interpreted by the Forest post office as being 30 cents since the addressee was charged 30 cents: 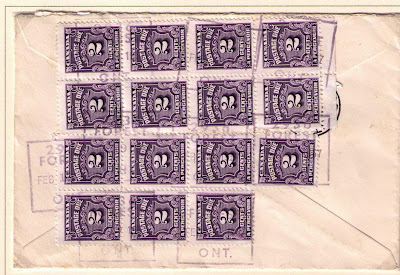 
Taxation errors are not uncommon with international underpaid mail.
Posted by philcovex at 4:57 AM