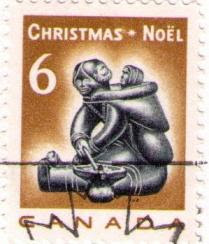 The Inuit carving illustrated on the 6 cent Christmas stamp issued on November 15, 1968, was carved by Mannumi Shaqu, Cape Dorset, Baffin Island. The carving called "Mother and Child" was a gift to Princess Elizabeth and Prince Philip during their 1951 Royal Visit to Canada. 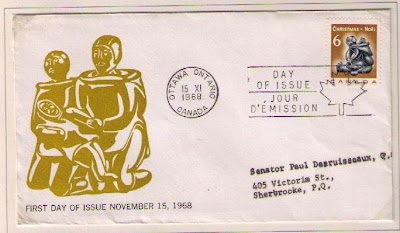 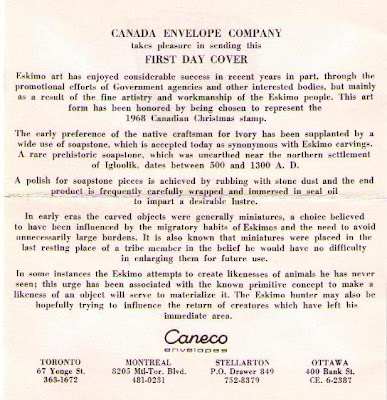 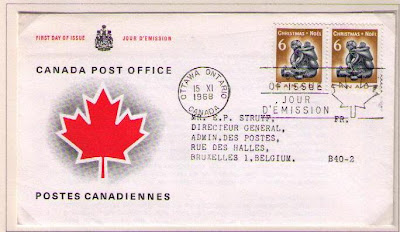 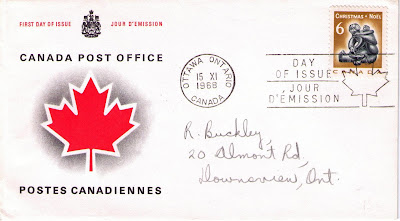 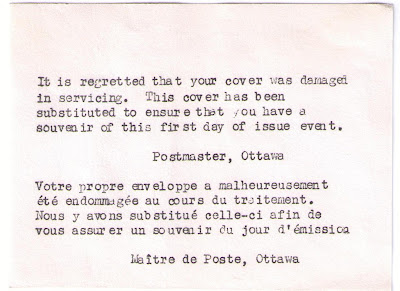 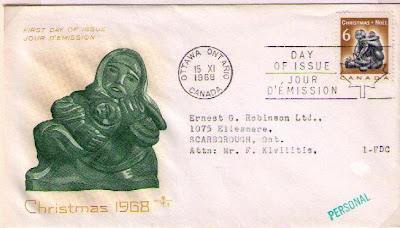 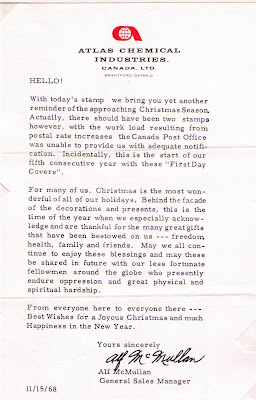 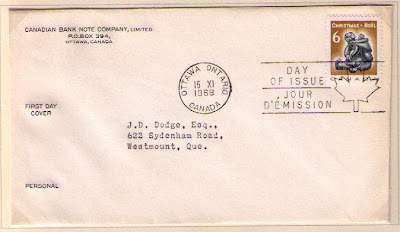 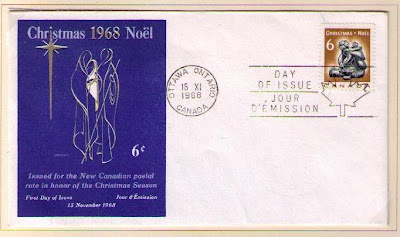 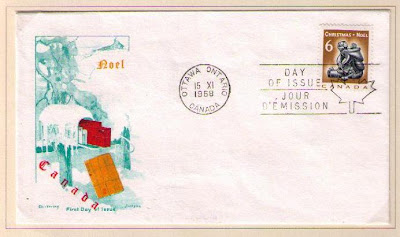 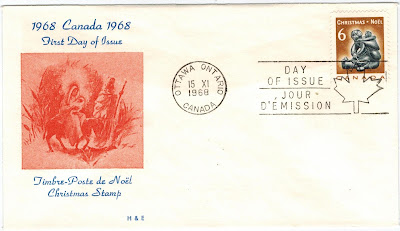 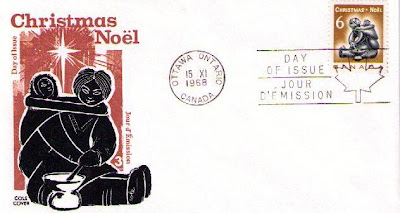 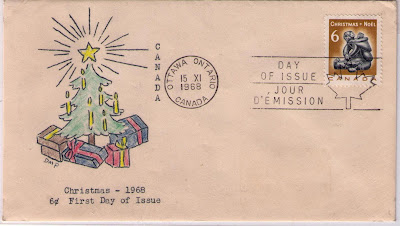 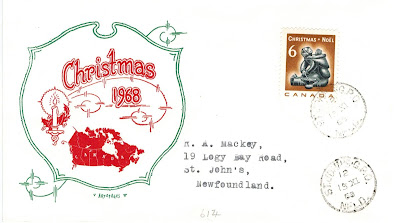 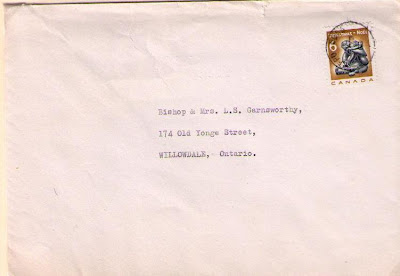 6 cents surface letter rate to Canada
Posted by philcovex at 4:48 AM