This post looks at the stamp booklets printed during the 5 cent domestic forward letter rate period. Five booklets were issued in that period.

CBN had the contract to print the booklets when the Centennial definitives were first issued and printed two different 25 cent booklets. 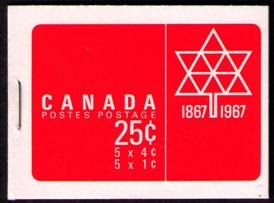 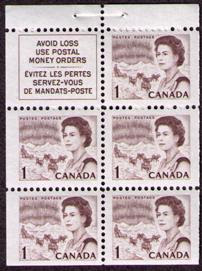 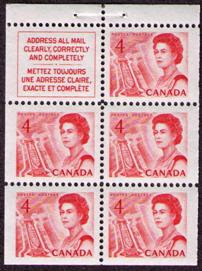 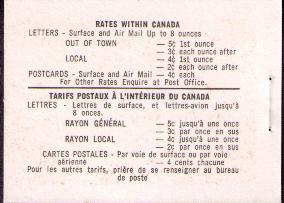 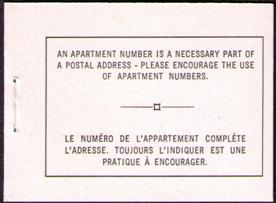 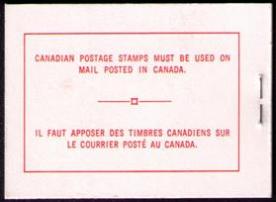 The 1 cent CBN booklet stamps have a straight edge and may be attached to an advertising label. 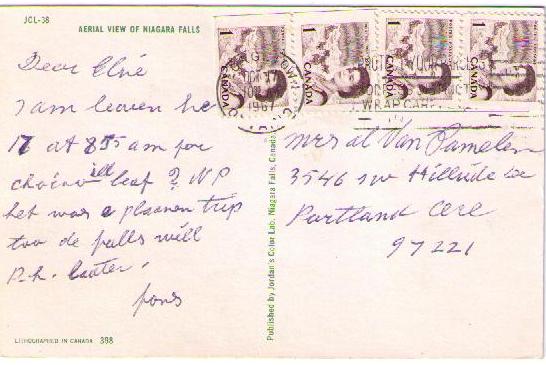 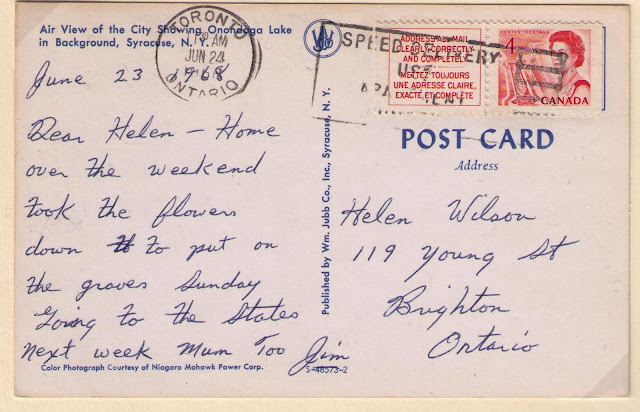 
Covers with both the 4 cent and 1 cent straight edged stamps, perforated 11.8, are probably from the CBN booklet. 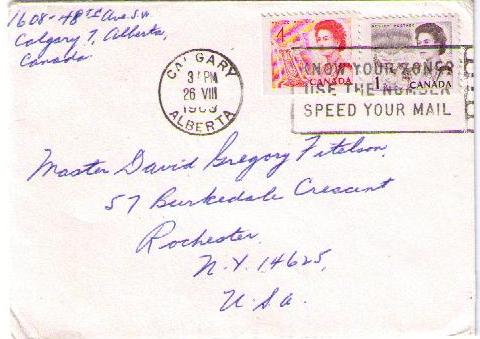 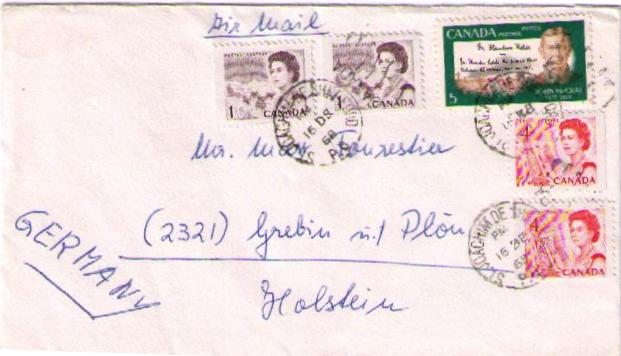 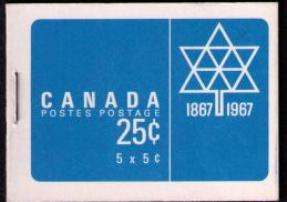 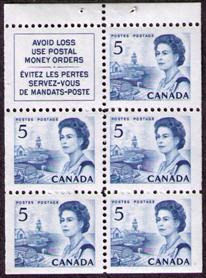 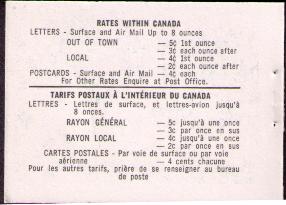 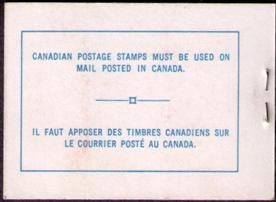 Positive identification of the 5 cent CBN booklet stamp is possible if there is a pair of stamps or if the stamp is attached to the advertising label, since the 5 cent Miniature pane also perforated 11.8 has straight edges on all sides.

The stamp on the cover shown below cannot be positively identified as a CBN booklet stamp. 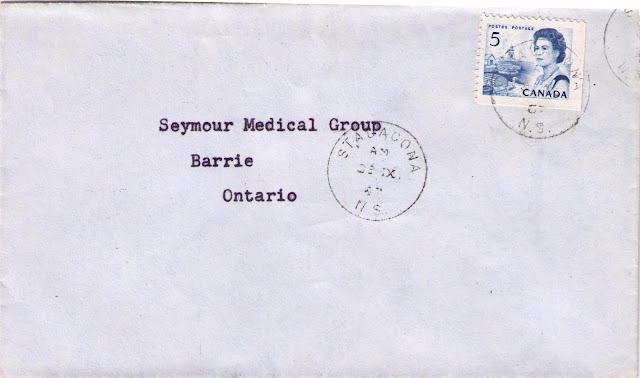 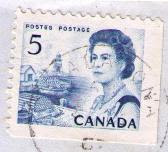 In 1967, BABN was awarded the contract to print booklets, replacing CBN. BABN purchased a new printing machine, a Goebel press, which could print booklets of multi-coloured stamps in one operation. BABN tested the new press by printing test booklets using a design referred to as the "Baby Sisters": 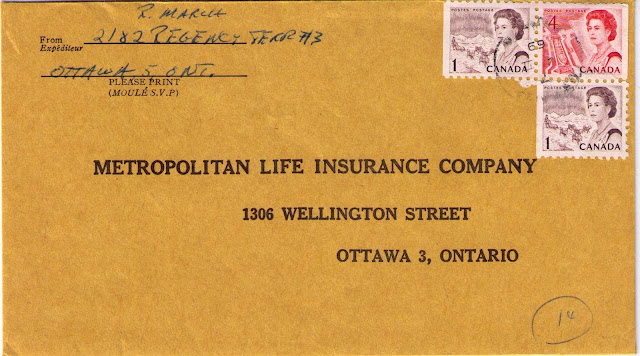 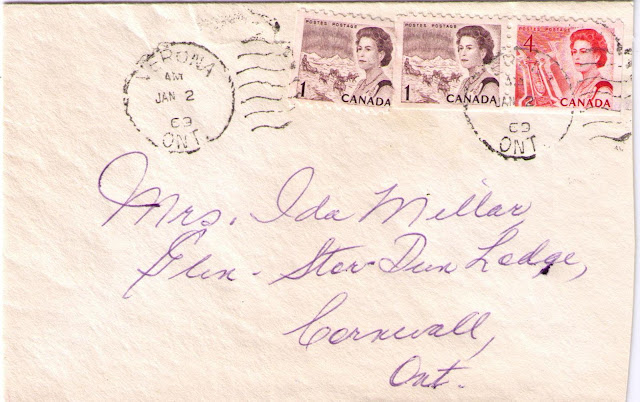 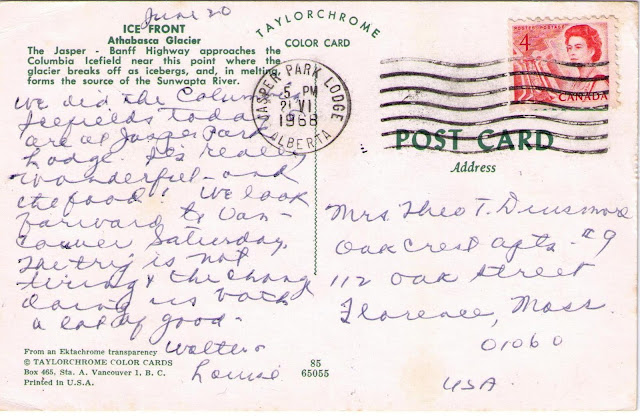 The 4 cent BABN booklet stamp was perforated 10, without a straight edge

This booklet consisted of a single pane of twenty 5 cent stamps, perforated 10, straight edges on both sides and the bottom. The booklet appeared in April, 1968. 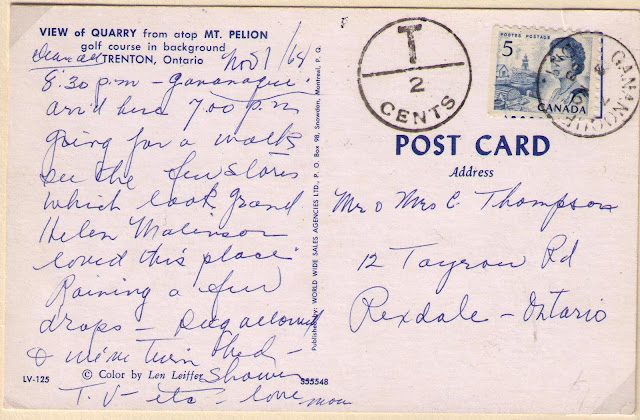 "Extended Lobster Trap" variety
Posted by philcovex at 4:53 AM