A series of articles about letter sorting mechanization in Canada was written by Sally Tunnicliff and published in BNA Topics from 1976 to 1978. The articles were clearly written and inspired me to start collecting a wide-range of mechanization covers, including Dutch mail from the 1930s that had been processed by the "Transorma" sorting machine as well as Transorma mail from Peterborough, Ontario and several more cities around the world. Ms. Tunnicliff's articles are available on-line at the BNAPS Horace Harrison Online Library.

The first article (BNA Topics, Vol. 33 No. 3 pp. 21-22) provided an excellent summary of the early machines that had been tested in Canada including the Peterborough Transorma, then discussed the Burroughs sorting machine used in Winnipeg in the early 1970s. She passed along the following information about the Burroughs machine which had been reported by Ken Rose in his Tagging Along column:

"This machine was in use in Winnipeg in the early 1970s and was composed of 12 consoles each printing a purple number from 1 to 12 on the reverse side of the envelope. Most readers will have seen envelopes from the United States with letters or numbers printed in colour on the reverse side. Burroughs machines are one type of sorting machine commonly in use in the United States."

Mr. Rose had reported that one-third of the mail originating in Winnipeg went through the machine.

The Burroughs LSM was first tested in Detroit in 1959. There were 12 separate operator keyboards. Letters were placed automatically on a scanning board and the operator pressed a destination key on the console. The letter then dropped into a conveyor system consisting of 161 letter carts constantly in motion. An electrochemical code signal then released the letter into one of 279 sorting bins.

The Winnipeg LSM was staffed by as many as 12 operators, each assigned a console number from 1 to 12 . An operator's console number was printed on the back of the envelope which had been processed by the operator. The efficiency of operators could thus be monitored. Since postal codes had not yet been assigned Canada-wide, the Burroughs operators had to memorize the keyboard codes for each sorting bin.

The console numbers on the backs of envelopes are 5 mm in height and printed in very faint purple ink. They are difficult to spot.

The earliest cover with a console number I found was mailed from Winnipeg on February 9, 1970. The latest date is December 1, 1971. Since I haven't had the opportunity to look through a large stock of Winnipeg mail from the early 70s, I imagine there are earlier and later dates in existence. 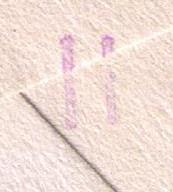 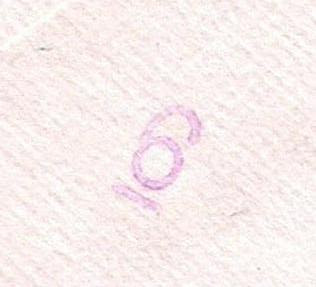 The cover below was opened on three sides to show the position of the console number. 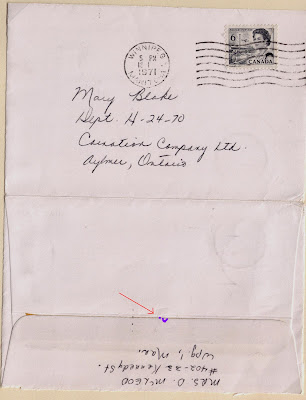 Winnipeg to Aylmer, January 18, 1971
Red arrow points at console number "2"
(The purple colour has been enhanced) 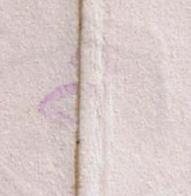