On August 14, 1957, the Canadian Post Office Department issued a set of two stamps commemorating the Ottawa Postal Union Congress. The stamps were designed by Carl Mangold and printed by the Canadian Bank Note company in the following quantities:

Carl Mangold (1901 - 1984), painter and designer, was born in Trimback, Switzerland. In 1922-1923, he studied at the School of applied arts in Zurich and graduated with honours. THe came to Canada in 1928 and later established the studio, Carl Mangold Ltd., in Montréal, Quebec in 1931. For a number of years, he was a consultant for such companies as Canadian Pacific, Bell Canada, and Seagram's. He was a fellow of the Royal Society for the Encouragement of the Arts, Manufacturers and Commerce; the Royal Philatelic Society of London; and the Royal Philatelic Society of Canada. He also served as a member of the Post Office Stamp Advisory Committee. 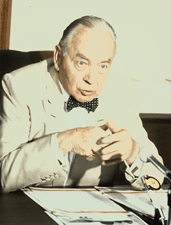 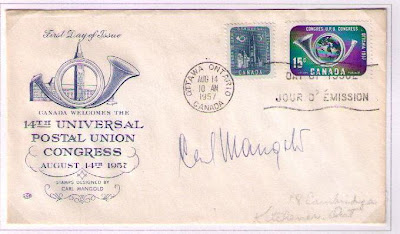 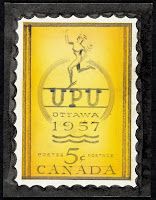 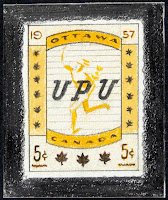 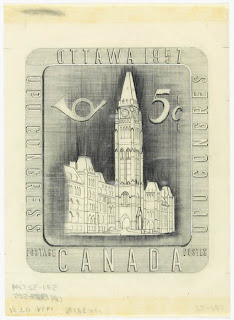 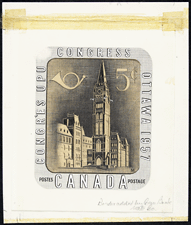 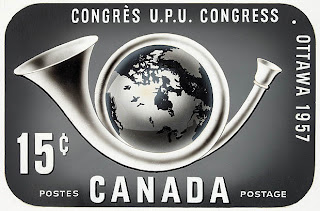 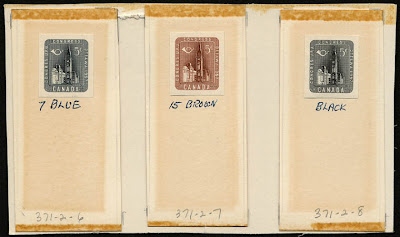 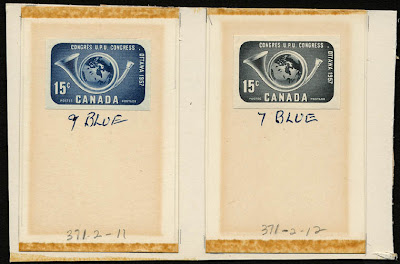 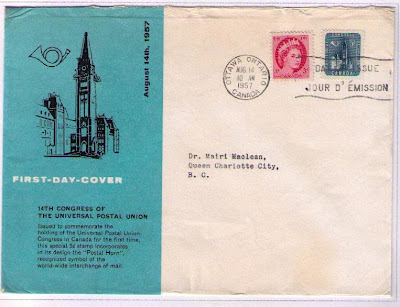 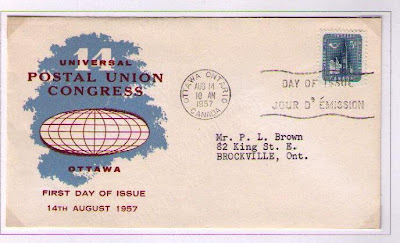 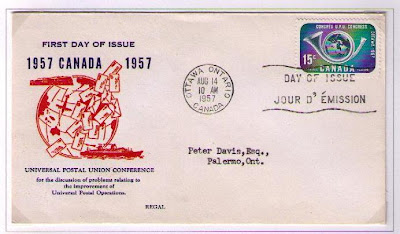 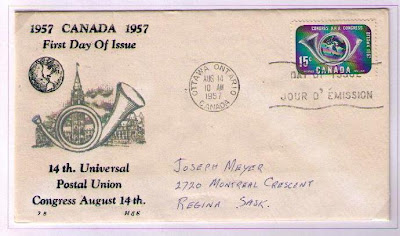 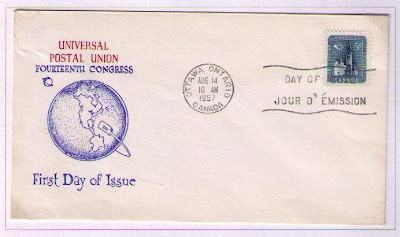 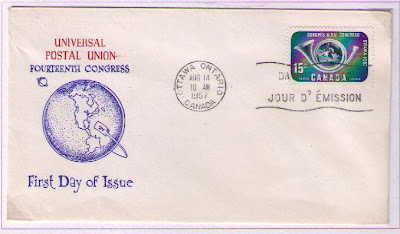 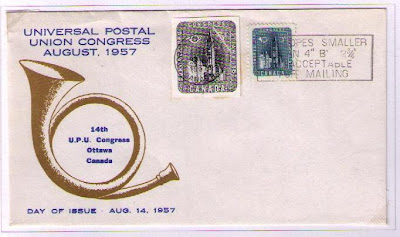 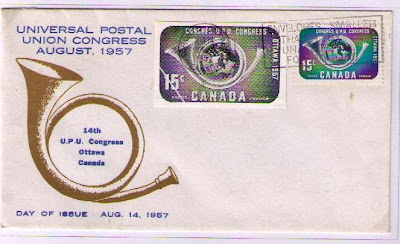 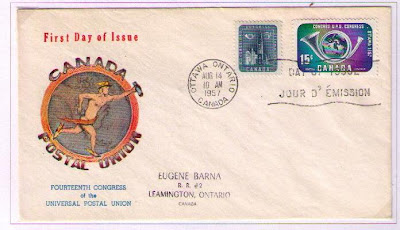 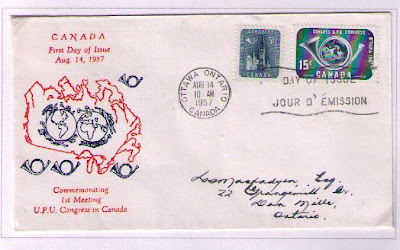 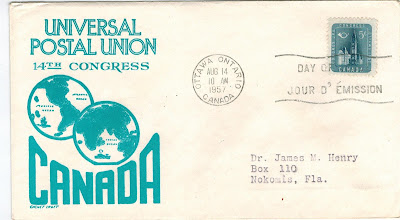 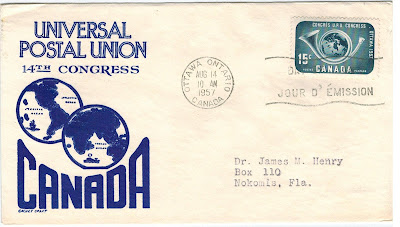 The printer mailed the first day cover below to Mr. George Hees, Minister of Transport: 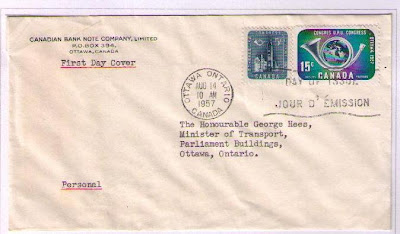 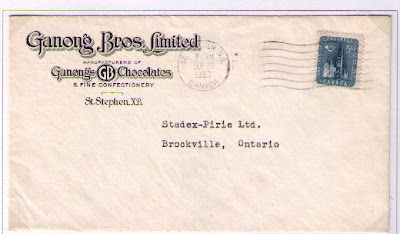 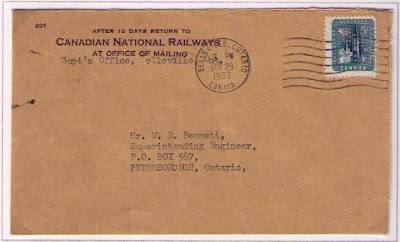 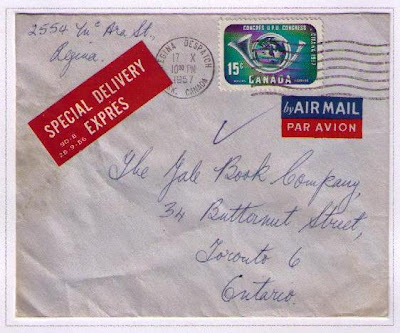 
b) To the United States 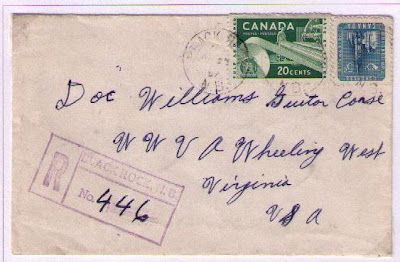 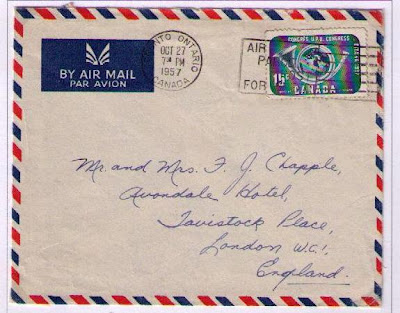 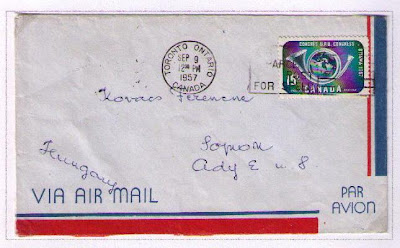 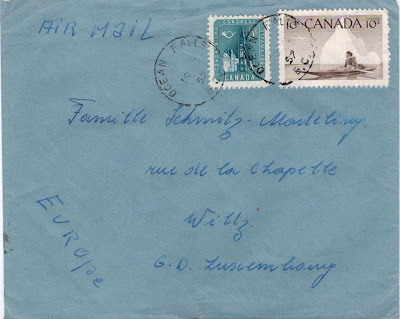 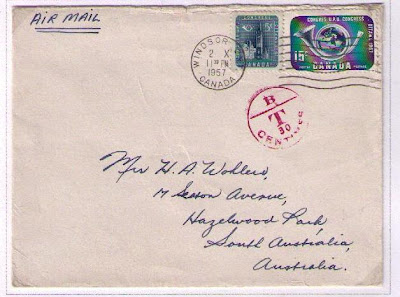 Posted by philcovex at 9:04 AM