On April 1. 1954, the local letter rate was increased from 3 cents to 4 cents for the first ounce and remained at 4 cents until the local rate was abolished on November 1, 1968. 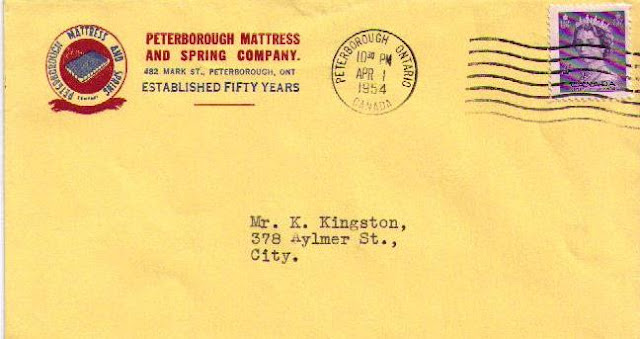 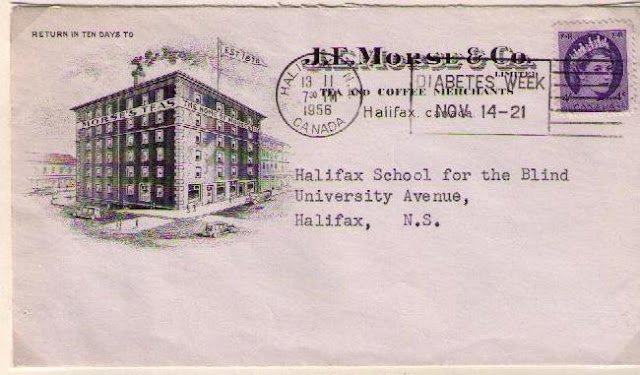 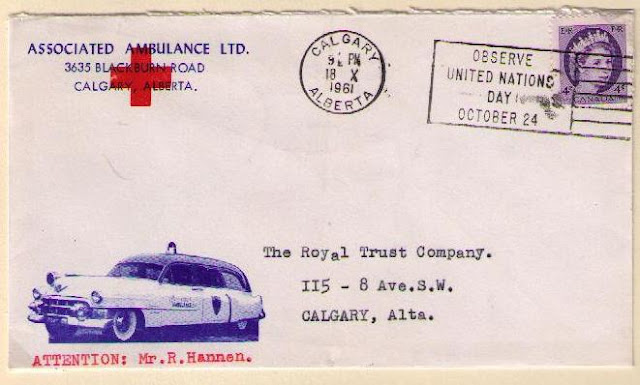 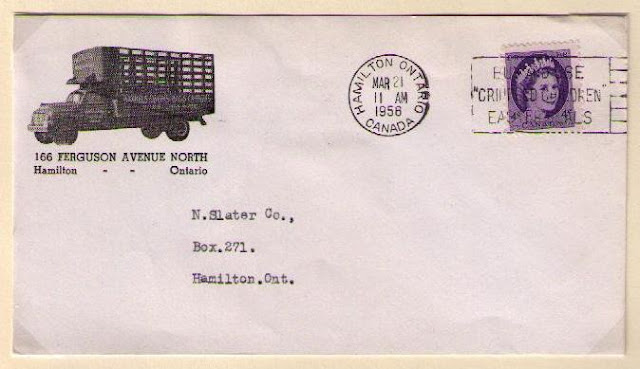 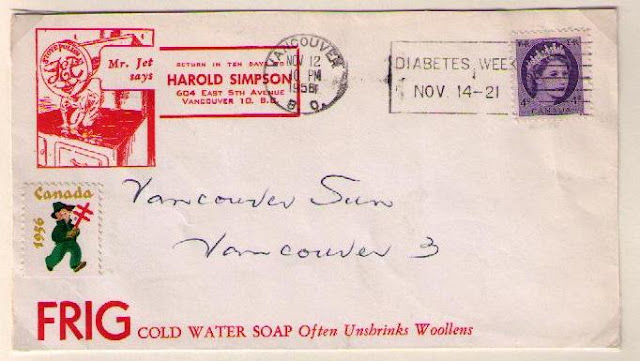 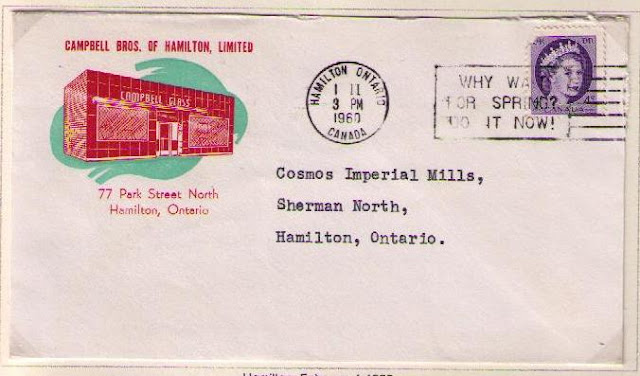 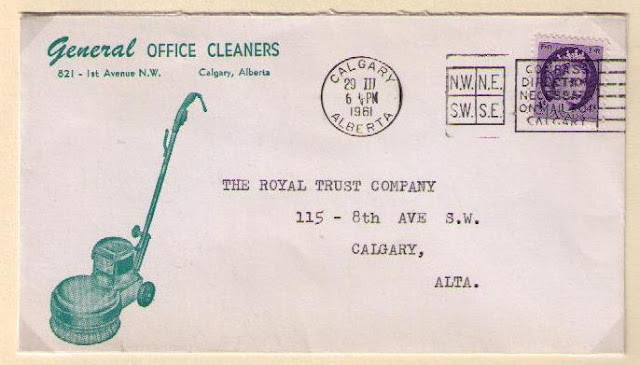 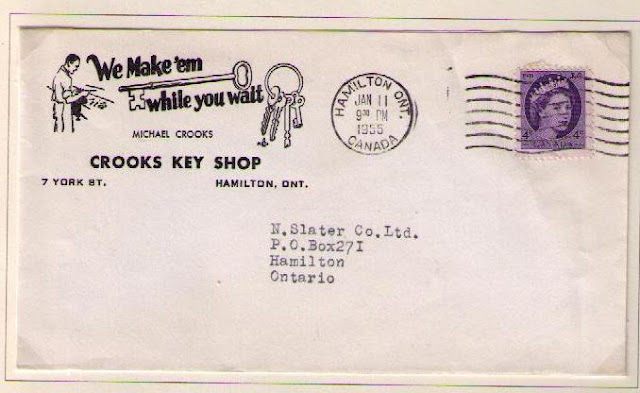 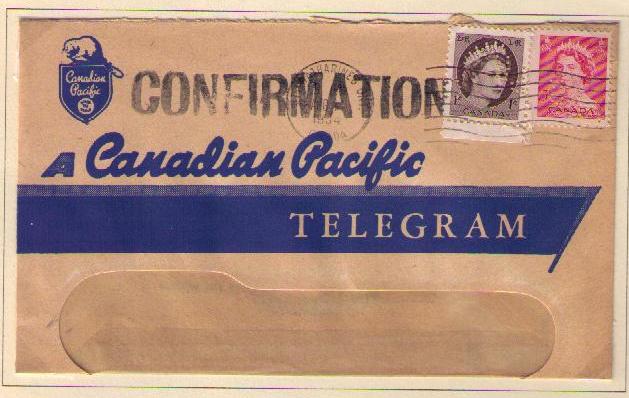 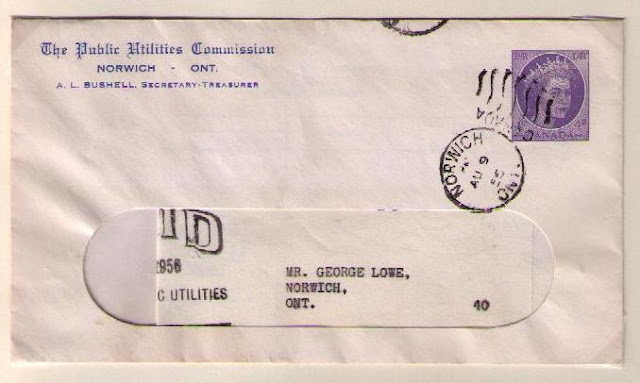 The local letter rate was 4 cents for the first ounce and 2 cents for each additional ounce. 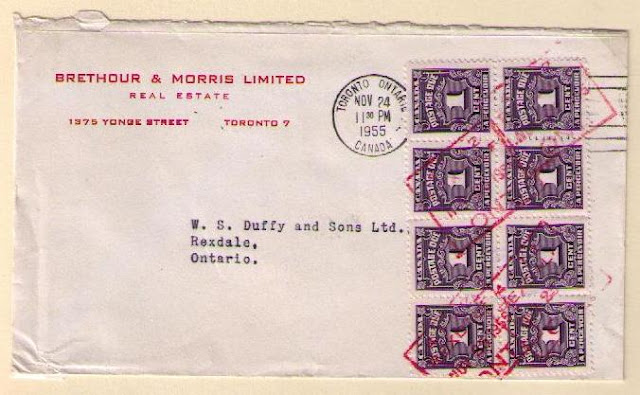 Mail redirected to an address requiring a higher rate of postage than its first address, additional postage was required. Only the single deficiency in prepayment was to be rated or collected. 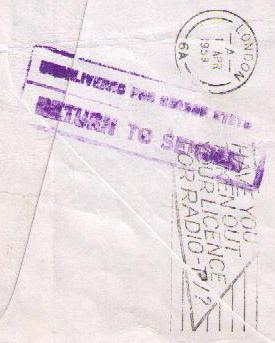 Undeliverable mail with a return address was returned to sender without charge. 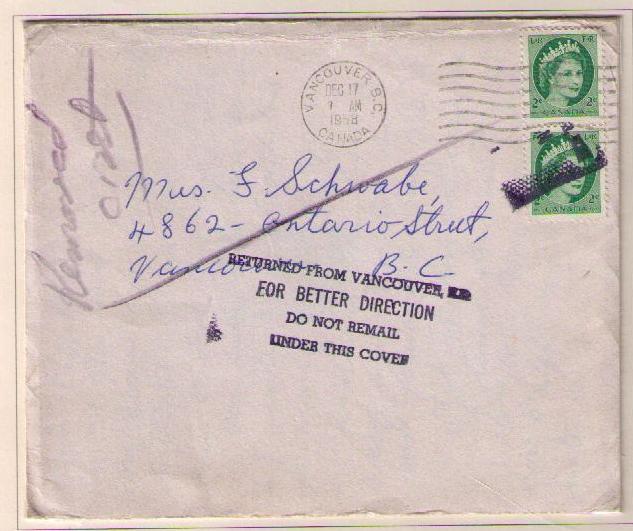 Vancouver, December 17, 1958
Instructional marking advises sender: "DO NOT REMAIL UNDER THIS COVER"

b) No return address

Letters lacking return addresses were sent to the Undeliverable Mail Office where the letter was opened and the sender's address was obtained if possible. The mail was returned to the sender in an ambulance envelope and charged 5 cents per item. 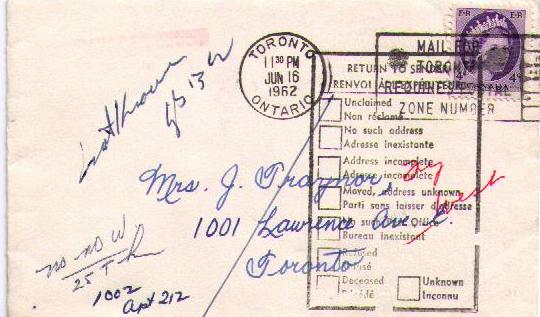 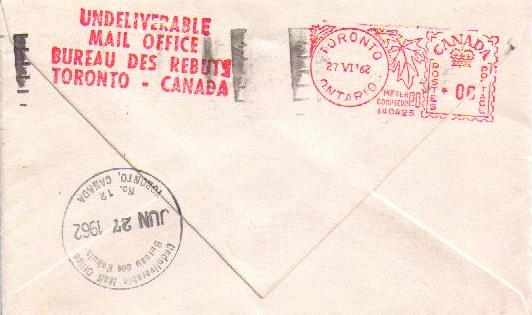 Toronto Undeliverable Mail Office (UMO) markings on back of envelope 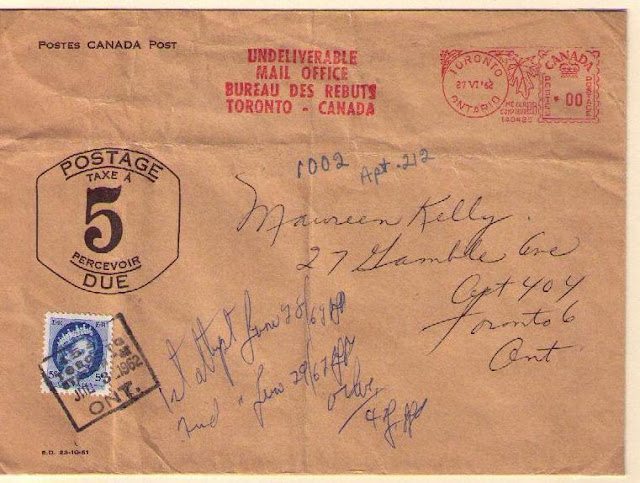 Toronto UMO to sender of letter, June 27 1961
Sender not at home and Notice of Delivery card left at residence
Sender attended at the post office and paid the 5 cents charge
5 cents Wilding definitive paying the charge cancelled
Posted by philcovex at 5:47 PM