The forward (out-of-town) letter rate during the Cameo period was 5 cents for the first ounce and three cents for each additional ounce. 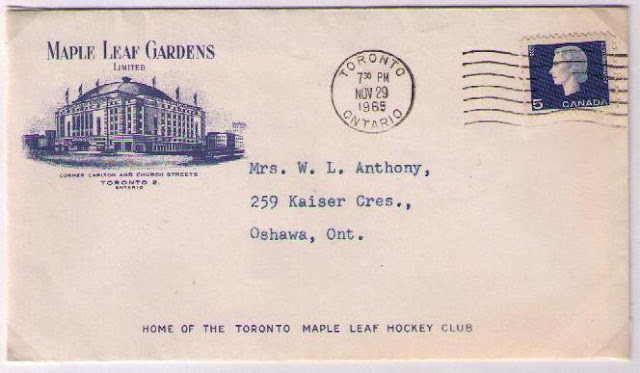 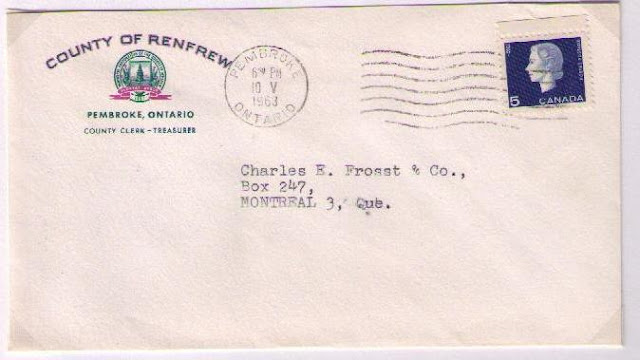 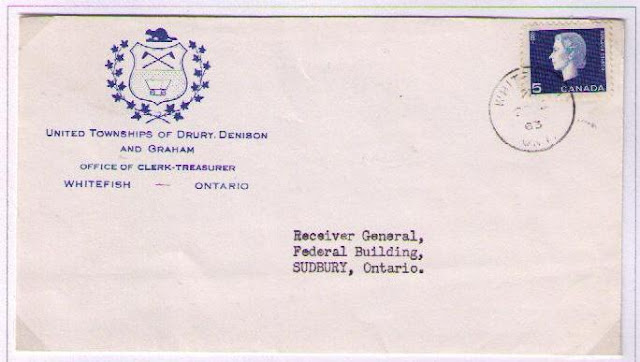 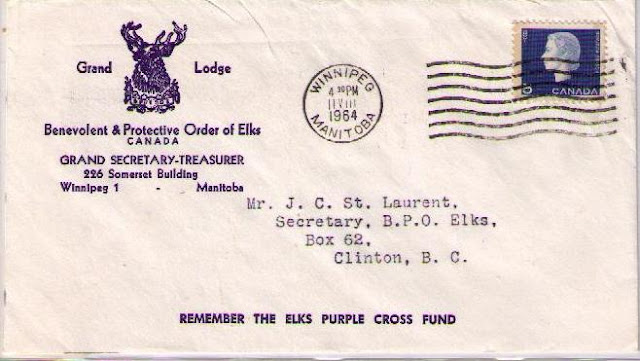 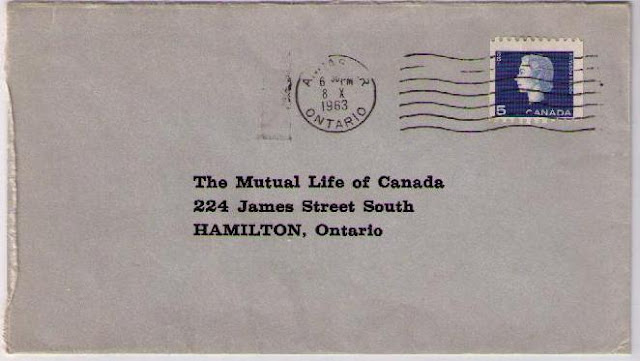 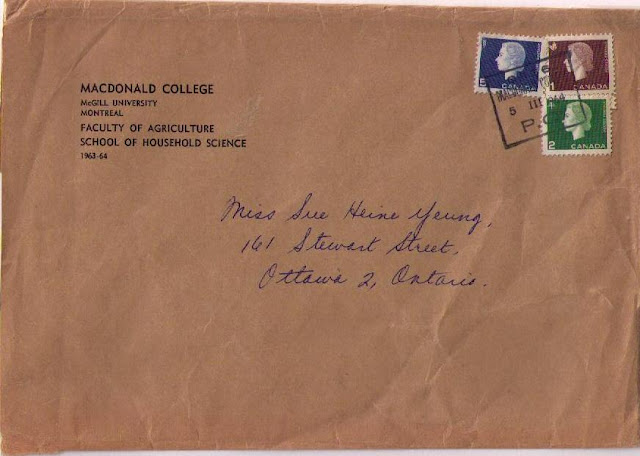 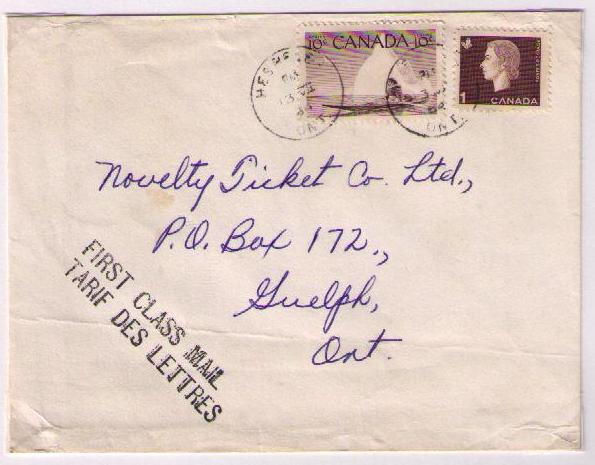 The Cameo definitives, with the exception of the 3 cent denomination, were overprinted "G" for use on federal government "Official" mail. The Cameos were the last stamps to be overprinted. On January 1, 1964, instead of stamps, federal government departments began using envelopes bearing "Canada Postage Paid-Porte Paye". Departments paid the post office a bulk fee based on previous year's stamp usages.

Some government agencies continued using their stocks of official stamps until depleted. 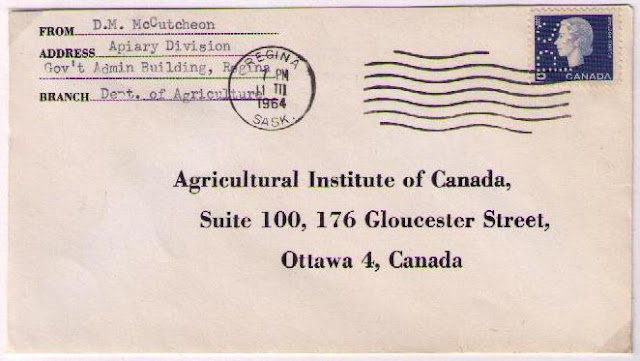 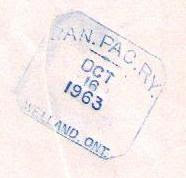 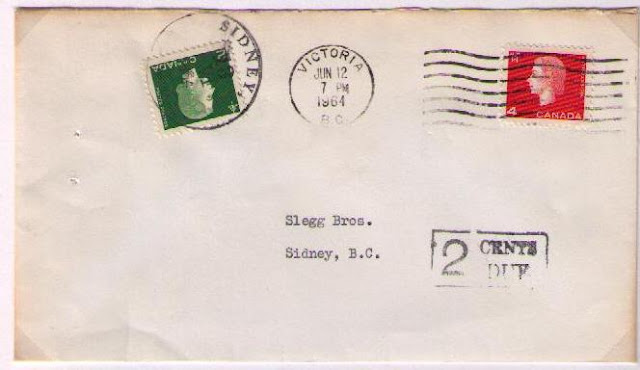 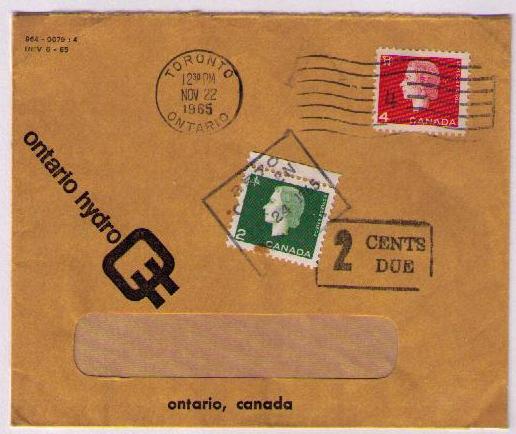 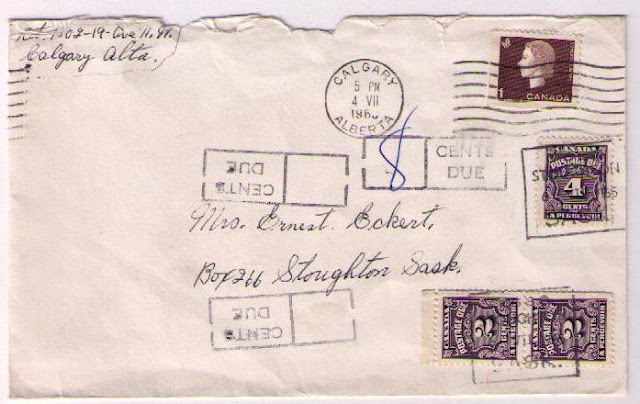 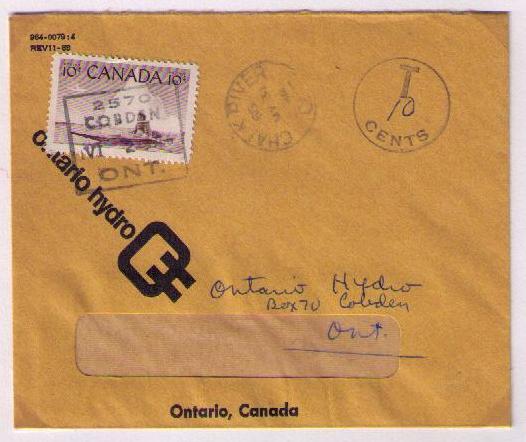 a) Return address on the outside

Burlington to Halifax, October 18 1966
Directory service provided but without success
Undeliverable because the addresses had moved
Returned to sender without charge 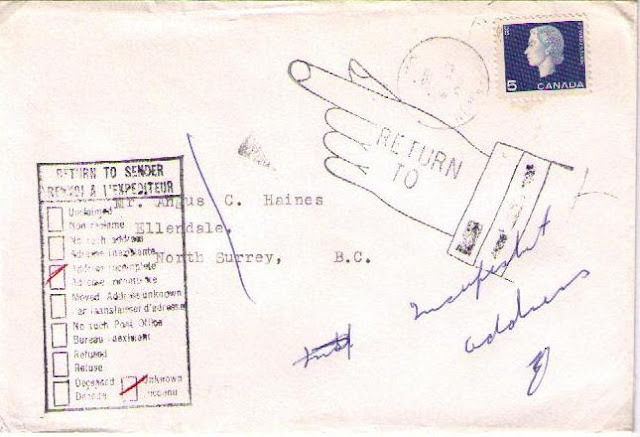 
b) Return address on inside only

Letters lacking return addresses on the outside were sent to an Undeliverable Mail Office where the mail was opened and the address of the sender determined. The mail was returned to the sender in an ambulance envelope and charged 5 cents. 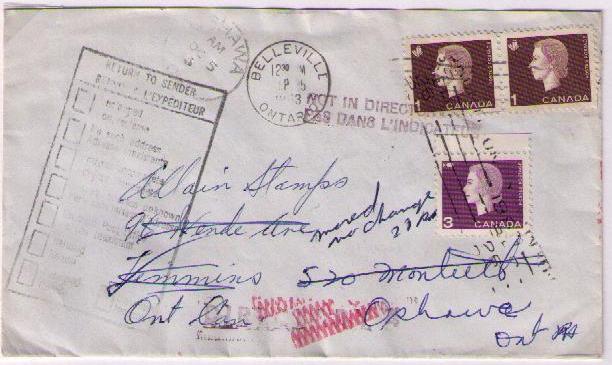 Belleville to Timmins, September 25, 1966
Redirected to Oshawa. The letter could not be delivered and was sent from Oshawa, October 5, 1966 to the Undeliverable Mail Office (UMO) in Toronto 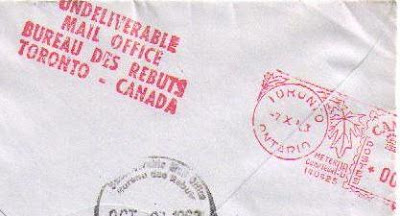 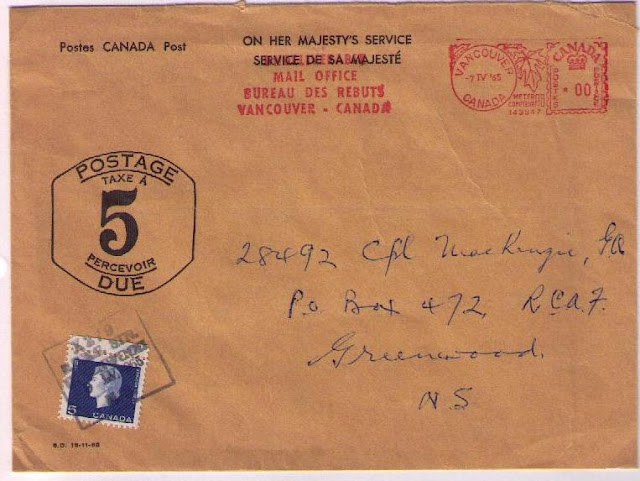