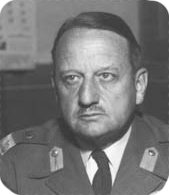 "Tommy" Burns is one of the most distinguished generals in Canadian history. After service in both World Wars, he became Deputy Minister of Veterans’ Affairs. He was then transferred to the Department of External Affairs as a Special Staff of the Truce Supervision Organization in Palestine (1954-56) and was thus nearby when the Suez Crisis of 1956 occurred.

He was a natural choice to lead the UN Emergency Force (UNEF) as he did this with distinction from November of 1956 to December of 1959, showing skill not only as a commander but as a negotiator with national and local authorities in the area.

From June 1954 to November 1956, General Burns served as the UNTSO Chief of Staff. The UNTSO had been created to oversee the Security Council agreement between Israel and the Arab states. UN observers were stationed along armistice lines between Israel and Egypt, Syria, Lebanon, and Jordan.

UNTSO was not provided with its own postal service. UNTSO mail was handled by civilian posts, the postal services of other UN organizations, or by diplomatic pouch. From General Burns, Jerusalem, Jordan, to Vancouver, May 23 1955
The postal services of Jordan were used for this mailing

The General had been asked to autograph the photograph below. He may also have been asked to sign the 1955 article entitled " Why Burns is There". 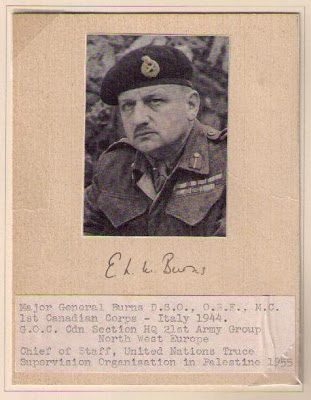 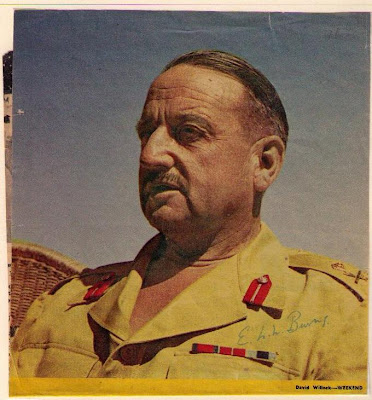 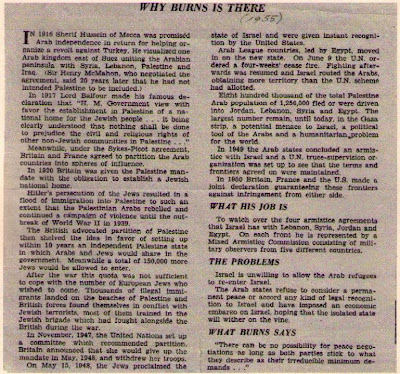 On October 29, 1956, Israeli forces launched an attack on Egypt and occupied Sinai and the Gaza Strip. A few days later British and French troops landed in the Suez Canal Zone. The United Nations General Assembly called for a ceasefire and the withdrawal of all foreign forces from occupied territories. It also established the first United Nations Emergency Force (UNEF) to secure and supervise the cessation of hostilities. Following the dispatch of the Emergency Force to the area, the French and British forces left the Suez Canal Zone by 22 December 1956. The withdrawal of the Israeli forces was completed by 8 March 1957.

The UNEF was provided a free mail system. A special franking was stamped on the envelope. 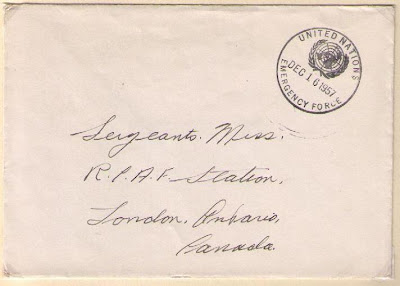 The United Nations issued a set of stamps to commemorate its first peace-keeping effort.
Fleetwood featured a photograph of General Burns on its cachet: 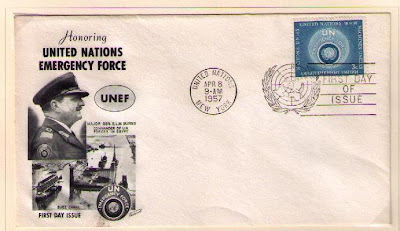 The letter below was written from Gaza on December 11, 1959, shortly before General Burns left the UNEF. He is responding to a request for shoulder flashes from a collector. 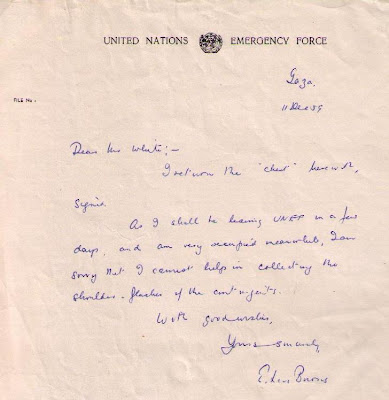