The Postal Union Congress is the main meeting of the Universal Postal Union to discuss various postal service matters. Usually held every four years, the XIVth Congress took place in Ottawa from August to October 1957, and was attended by approximately 350 delegates from over 90 member countries.

The Canadian post office issued a set of two stamps (5 cent and 15 cent denominations) to commemorate the event. In addition, the P.O. Department opened a post office at Congress headquarters in Ottawa for the exclusive use of the 350 delegates. (Delegates also received souvenir presentation books from the Canada Post Office Department. I've scanned a few pages from the book and posted it as an addendum to this article.)

This article shows examples of mail from UPU delgates.

The cover below was sent by a Dutch delegate who applied the two UPU stamps to the letter size delegate envelope and arranged to have the Ottawa "First Day of Issue" cancellation applied. 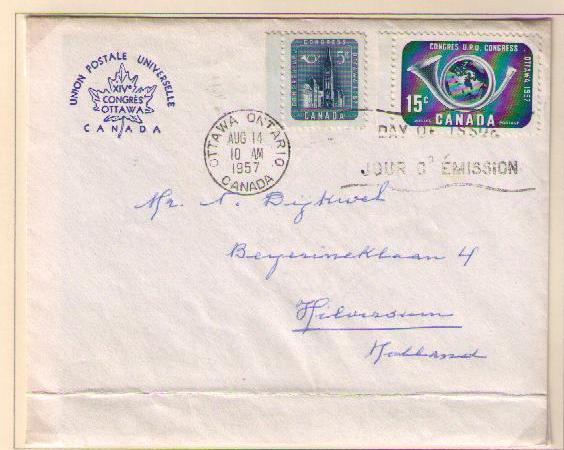 The letter below was written by a delegate on UPU congress writing paper, August 14. She explains that she is sending the addressee a cover on the opening day of the Congress and expects that he will appreciate its philatelic significance. She then goes on to ask him to make sure that the work on her apartment is completed by September 1. 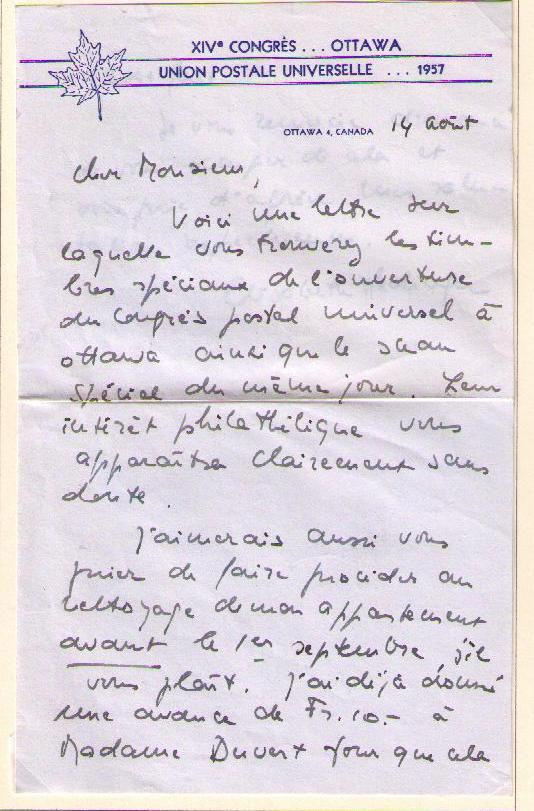 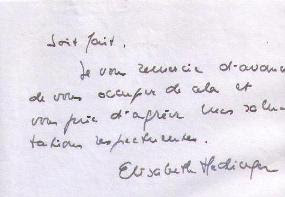 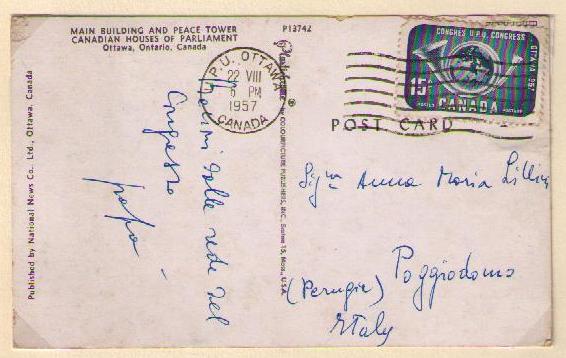 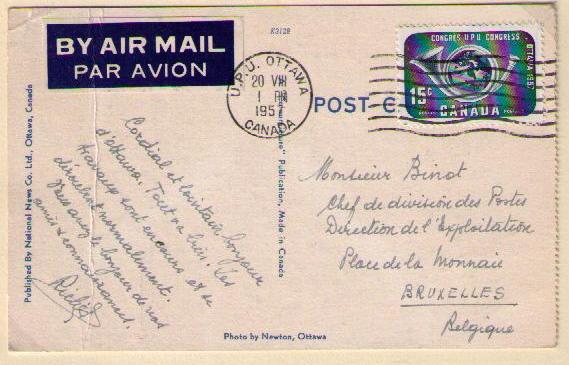 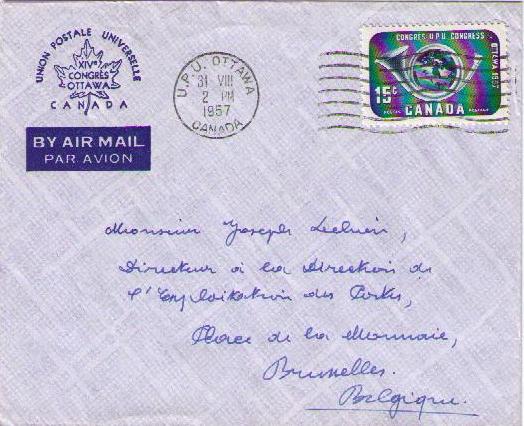 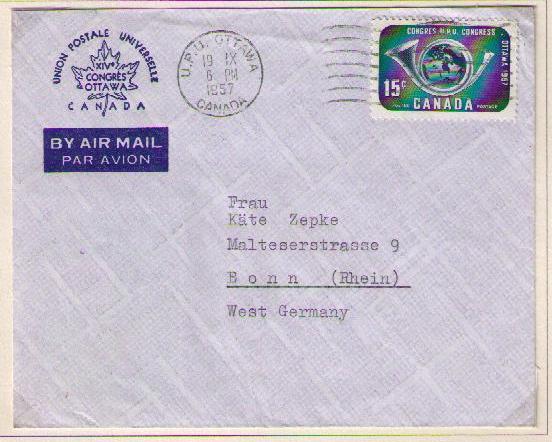 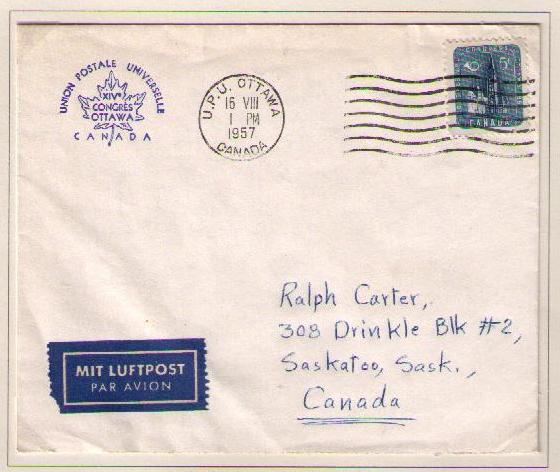 Egyptian delegate to Saskatoon, August 15, 1957
The addressee may have written to delegates requesting the UPU congress cancellation.


Mail to the United States 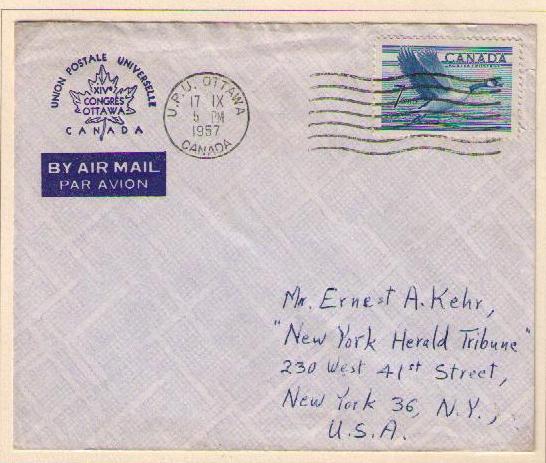 Ernest Kehr was a prolific philatelic writer and commentator who had philatelic columns in several newspapers, including the New York Herald Tribune. 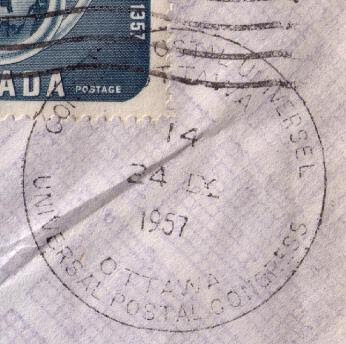 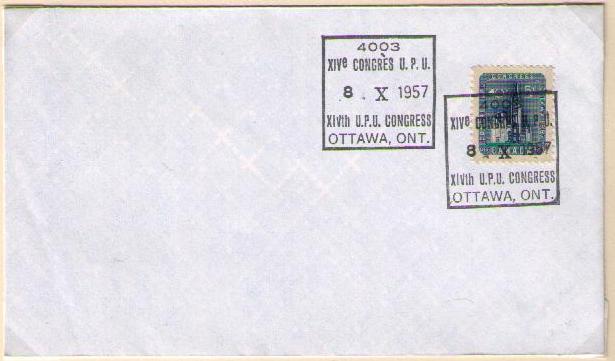 The registration handstamp used on Congress mailings did not identify the post office of origin: 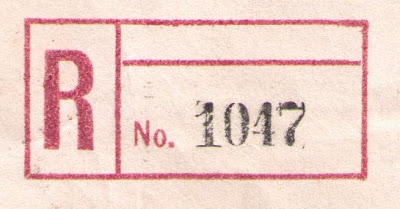 The registered cover below was mailed by Belgian Delegate Richir on September 11, 1957. 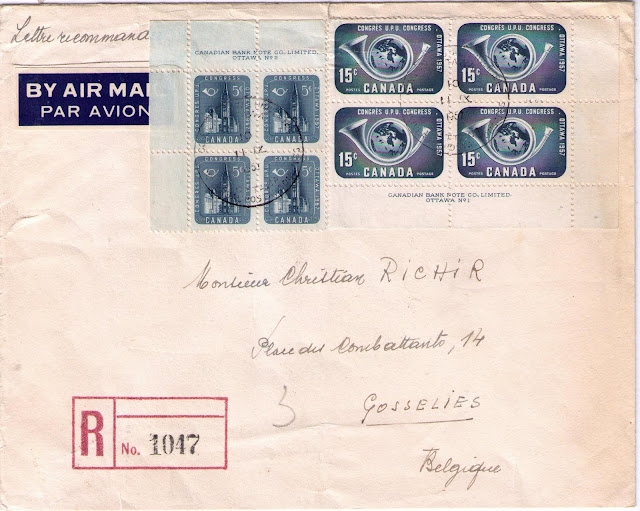 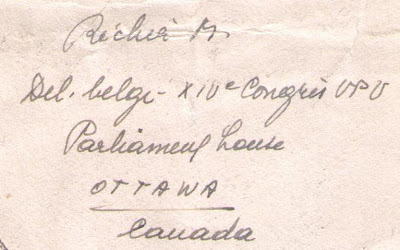 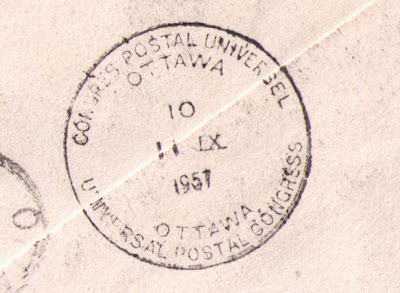 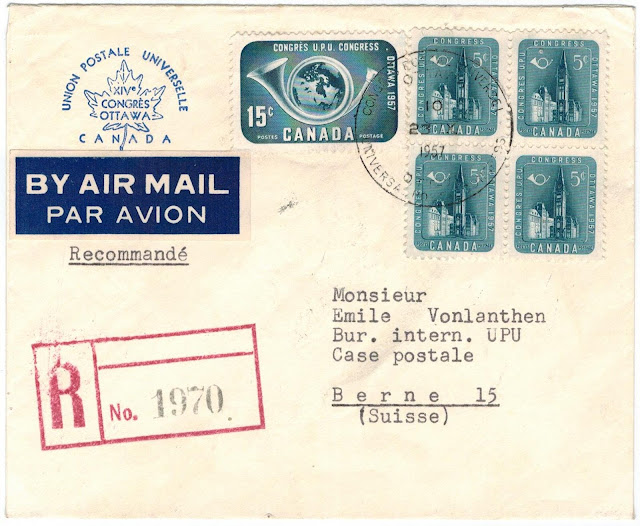 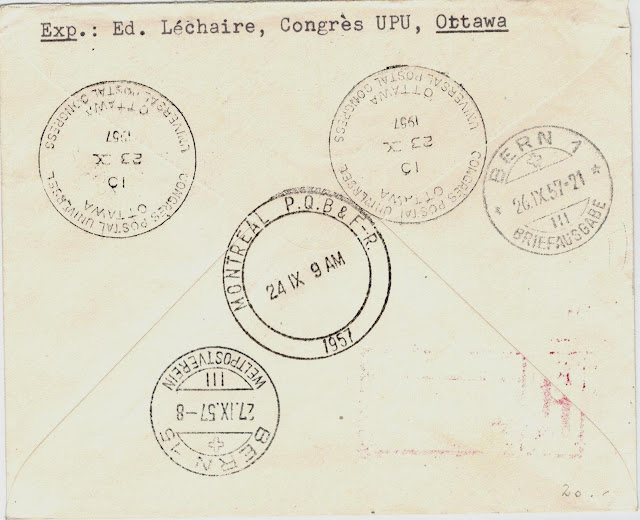 The presentation book (20.5 cm x 15.4 cm) contains definitive and commemorative stamps is blocks of four. The lovely light brown suede portion of the front cover is contrasted by the red side of the cover on with the gold-stamped Canadian crest. 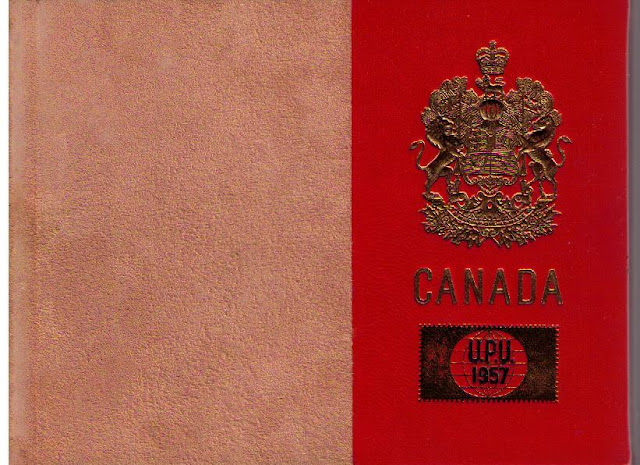 A few pages from the presentation book: 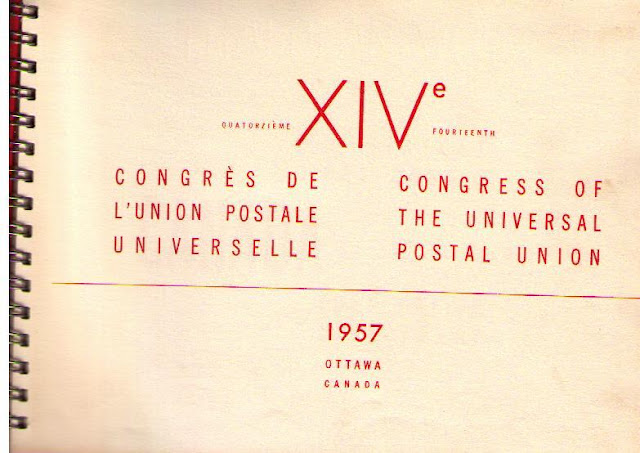 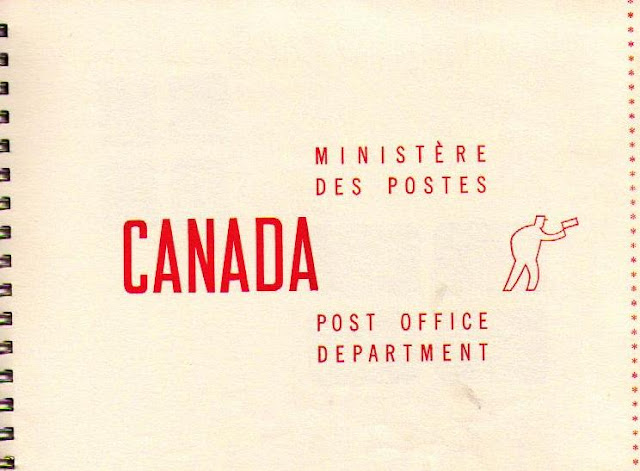 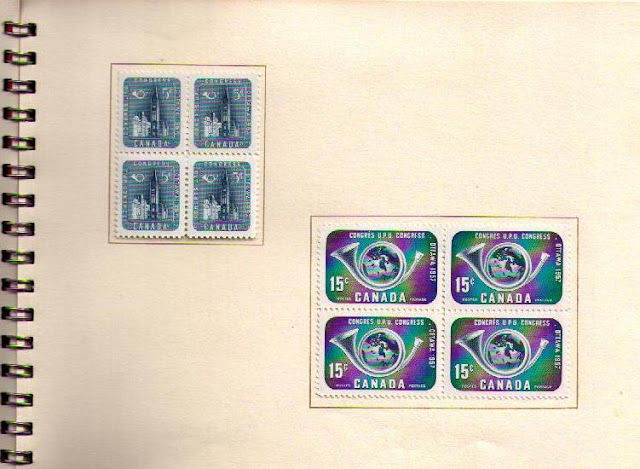 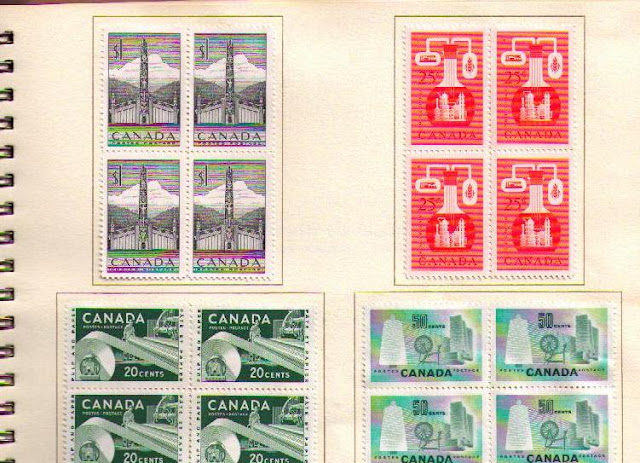 Posted by philcovex at 7:05 AM