The two errors discussed in this article occurred shortly after the Canadian international letter rates were increased.

On November 1, 1968, the Canadian international letter rate increased from 10 cents to 12 cents. The correct tax fraction denominator was now 12. 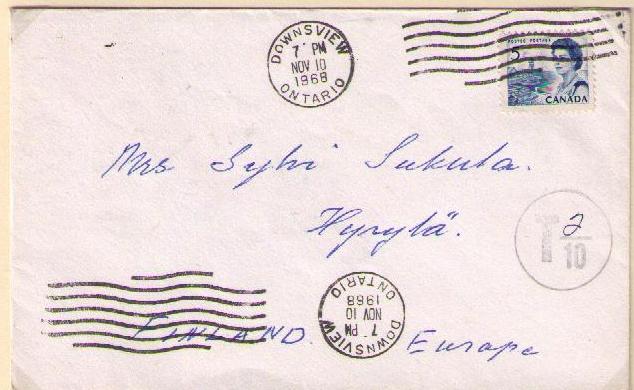 On June 30, 1971, "all-up" letter air mail service was introduced at 15 cents for each ounce. The correct tax fraction denominator was now 15. 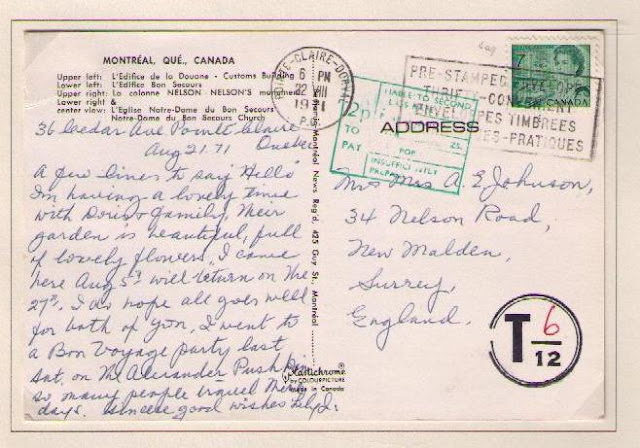 On July 1, 1971 "all-up" post card service was introduced at 10 cents for each post card (no increase from the previous air mail rate). This card from Pointe-Claire-Dorval to New Malden, England was mailed on August 22, 1971 (almost one month after the international letter rate was increased from 12 cents to 15 cents). The card was underpaid 3 cents and received this incorrect Canadian marking:

The numerator "6" is correct. The denominator "12" is incorrect.

Posted by philcovex at 8:51 AM