The card below was mailed to an inmate at the Haney Correctional Institution (HCI), a provincial prison facility in British Columbia. The card was sent from Edmonton on July 14, 1969 and was censored by prison officials. The censor handstamp was initialed and dated July 17, 1969. 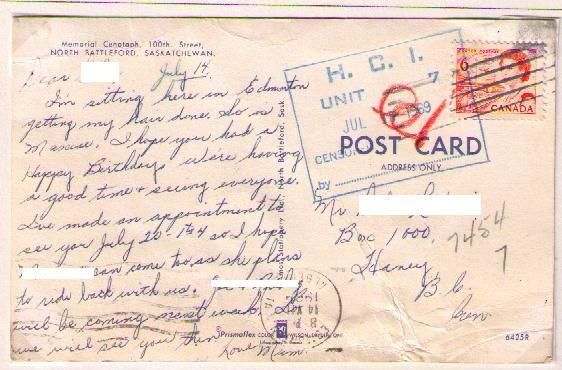 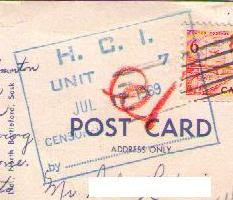 When HCI opened in 1957 it was hailed as one of the most innovative prisons on the continent. HCI was designed to give vocational training to offenders. In 1970 there were eleven vocational shops in that institution, but ten of them required two or three years apprenticeship training on the outside. Leader of the Opposition Dave Barrett, a former social worker who had worked at HCI, explained in the Legislature that the facility could not provide proper training for prisoners because they were not incarcerated for long enough periods in the provincial facility. He proposed that HCI be closed down as a correctional facility and become a vocational training centre open to all citizens. Barrett became premier in 1972 and HCI was closed in 1975 to become a training center. In 1978 it became part of the Pacific Vocational Institute.

Although the cover below was not mailed during the Elizabethan Period it complements the card discussed above. The letter contained a letter written by an inmate at the Mercer Reformatory in Toronto to her mother, and mailed on June 15, 1949. The letter was written on a prison form, dated June 11, 1949, and received the prison censor's circular handstamp. The return address was an undercover address which did not identify that the writer was an inmate at the Mercer Reformatory. 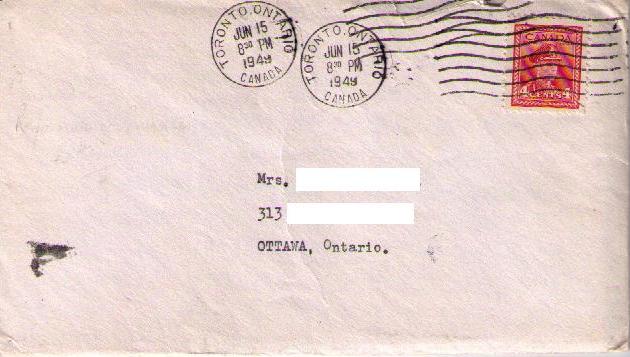 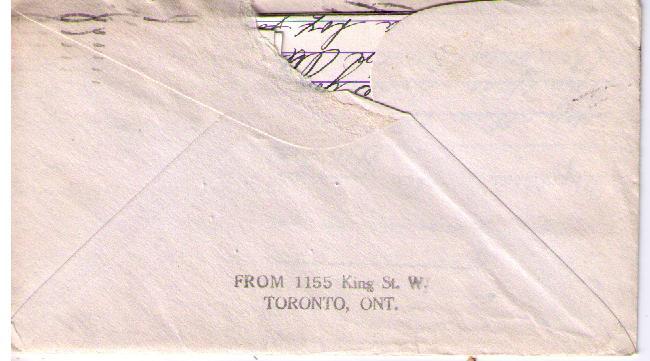 Back of letter with stamped Undercover Address

Manuel Noriega is a former general and was the military dictator of Panama from 1983 to 1989. The 1989 invasion of Panama by the United States removed him from power. Noriega was captured, detained as a prisoner of war, and flown to the U.S. Noriega was tried on eights counts of drug trafficking, racketeering and money laundering in April 1992. Under Article 85 of the Third Geneva Convention Noriega was still considered a prisoner of war. In Florida he had his own prison cell furnished with electronics and exercise equipment.

His prison sentence ended in September 2007. Noriega remained at the Federal Correctional Institute in Miami pending resolution of extradition requests from France and Panama. In April 2010, Noriega boarded a flight to Paris to face charges of money laundering.

The cover and letter below were sent by General Noriega (POW) to the author on July 29, 2009. The "Undercover Address", P.O. Box 779800, Miami, Fl., printed on the return address label conceals the fact that the correspondence has been sent from the Federal Correctional Institute, Miami. 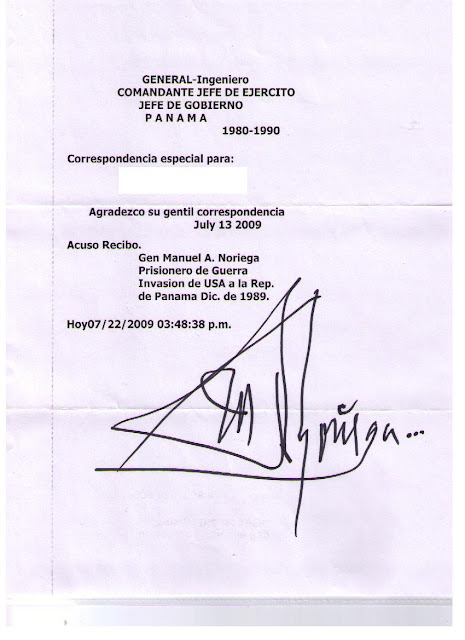 Posted by philcovex at 6:05 PM