The first of the three stamps, the 7 cent jet plane stamp was issued on March 11 1964 to replace the 7 cent Canada Goose stamp that had been issued in 1952. Its principal use was payment of the one ounce air mail rate to the United States.

On July 15, 1964, four months later, the air mail letter rate to the United States was increased to 8 cents per ounce, rendering the 7 cent denomination obsolete. The stock of unsold 7 cent stamps was surcharged to 8 cents and issued on July 15.

A few months later, on November 18, 1964, the third jet plane stamp of 1964, the 8 cent denomination, was issued. The last stamp of the trio had a longer period of usage than its predecessors, being replaced in February 1967 by the 8c Alaska Highway Centennial definitive. 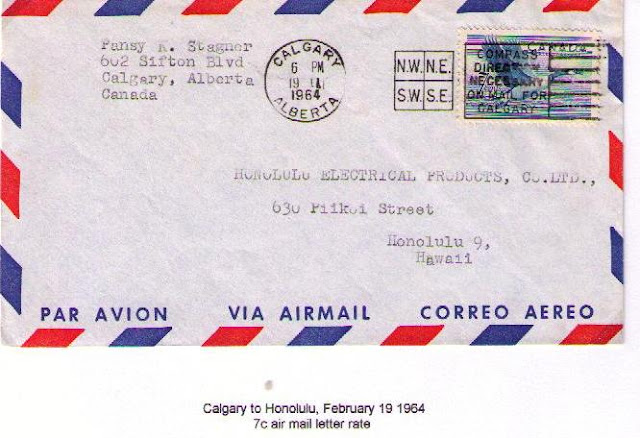 An in-period commercial usage of the 7 cent jet plane stamp cover is among the most difficult covers to find. Its rarity can be attributed to the fact that the 7 cent Canada Goose definitive stamps were still in post office inventories when the jet plane stamp was issued. Once it was established that the air mail rate to the United States was going to increase, it would not have been necessary to supply offices with the new 7 cent stamp. 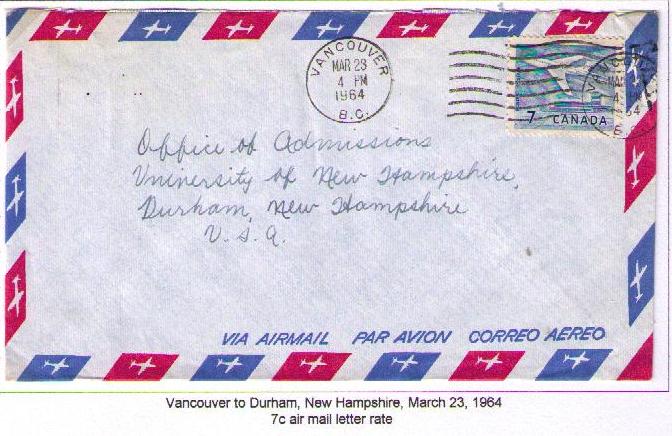 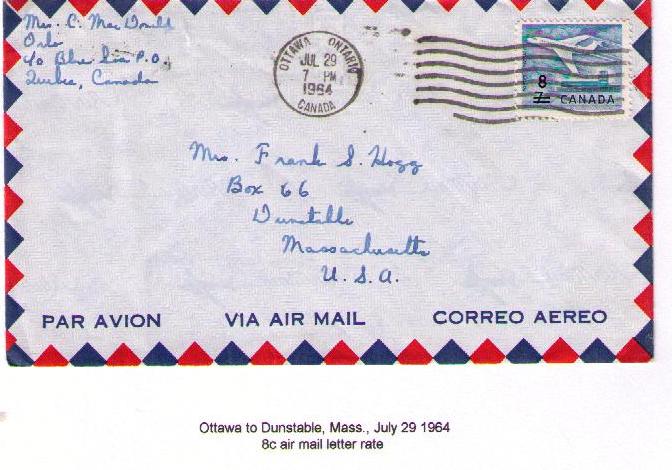 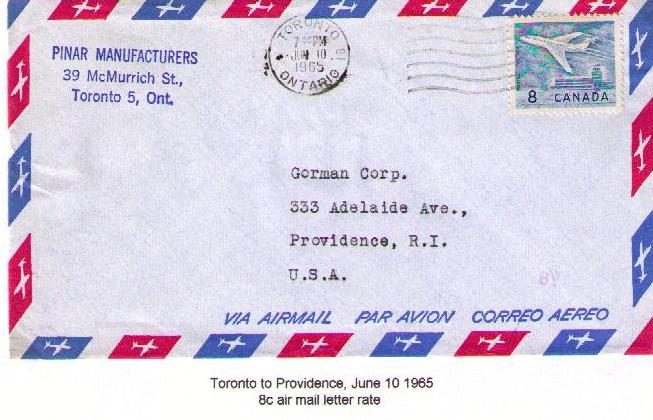