Local Posts During the Centennial Period

This article considers two "Local Posts" active during the Centennial Period : Lundy Island (England) and Kaulbach Island (Canada) These were private companies that forwarded mail from their islands to the mainland postal administration stream because their islands were not serviced by a post office. Both local posts issued "carriage stamps" indicating payment of the forwarding service.

a) Lundy Island (England)Lundy Island is a small island located in the Bristol Channel between England and Wales. It is nearest to the coast of Devon. The British Post in operation on the island from 1887 was closed in 1927. Mail had to be privately ferried the 10 miles to the mainland. In 1929, the island's owner issued his own postage stamps for the collection and transport of mail to and from Lundy and the British Post Office. The British Post Office advised that the letters entering the mail system from Lundy (Outbound) had to have Lundy stamps on the back of the envelopes rather than the front. Lundy stamps could however be affixed to the fronts of letters from the mainland.(Inbound)

The first letter is addressed to Mr. F.W. Gade the Lundy Agent and Postmaster. Gade was the resident agent from 1926 until he retired in 1971. As agent he was responsible for distributing incoming and despatching outgoing mail on Lundy Island. The letter was mailed from Saskatoon on May 5, 1969 and addressed to the British Post Office at Bideford, North Devon. A Lundy "2 puffin" carriage label was affixed to the letter and cancelled on May 10, 1969. 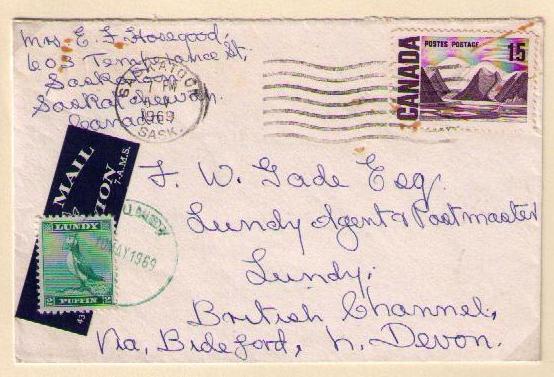 The next inbound letter was mailed in 1970: 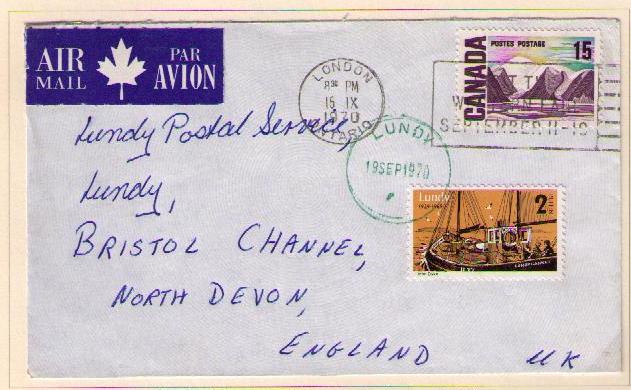 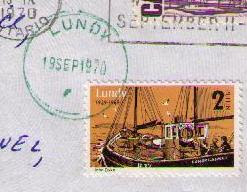 Kaulbach Island is located west of Halifax in Mahone Bay. From 1971 to 1984, the island’s owners were authorized by the Canada Post Office to issue local carriage stamps to prepay the cost of carriage service between Kaulbach Island and Chester, Nova Scotia as well as the town of Mahone Bay.

As was the case for outbound Lundy Island mail, for mail entering the Canadian postal stream from Kaulbach Island, the local stamps could only be placed on the backs of envelopes and Canadian postage stamps were to be affixed to the front.

This letter was mailed by the "Proprietors of Kaulbach Island, Ltd." ("PKI") to Liechtenstein: 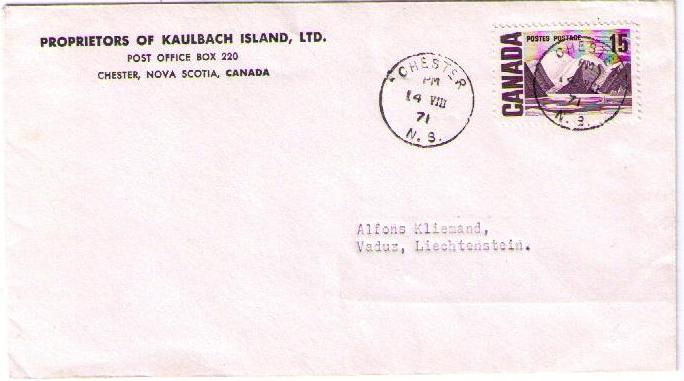 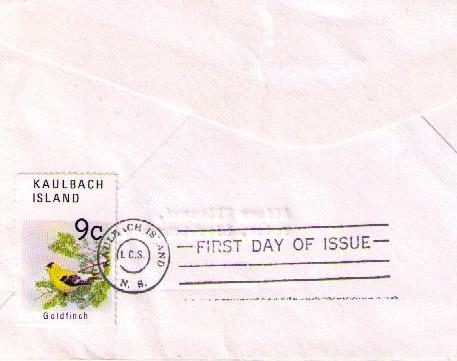 Carriage label affixed to back of cover

The card below was mailed by a tourist visiting the island. The carriage label was correctly affixed to the picture side of the postcard. The card was transported to Mahone Bay, Nova Scotia, where it then entered the Canadian postal system. 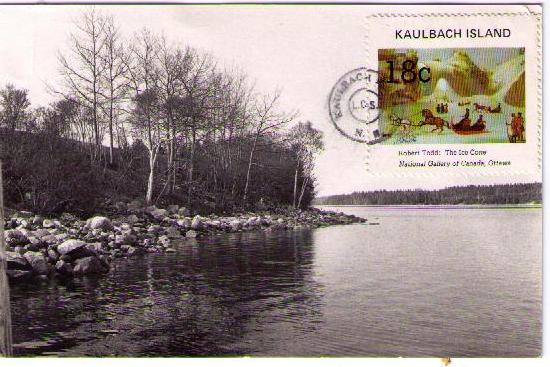 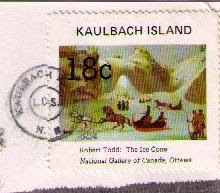 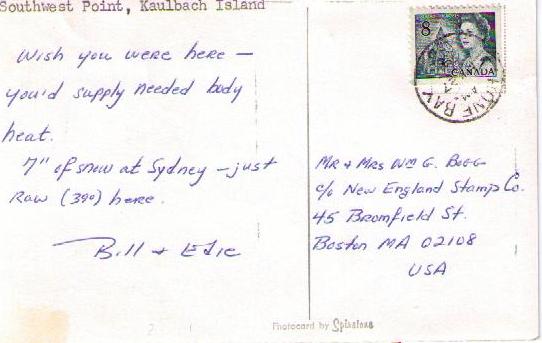 Linn's Stamp News reported the release of the Kaulbach Island carriage labels in its September 20,1971 issue. PKI mailed this insert advertizing the sale of its labels in the U.S. and Canada : 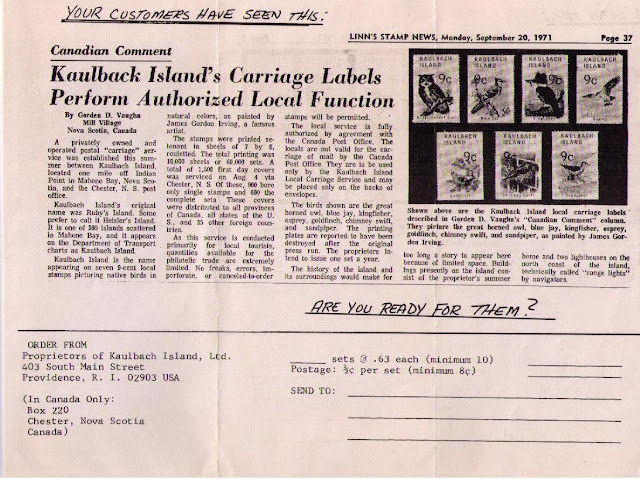 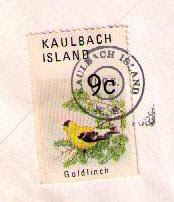 Carriage Label affixed to back of the envelope 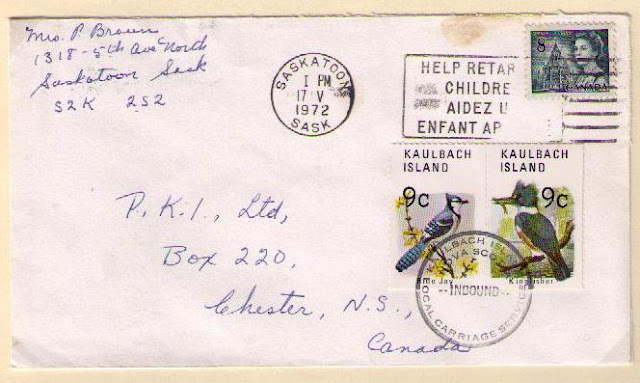 Saskatoon to PKI Ltd. Chester, May 17 1972
Carriage labels affixed after the letter was received from the Canadian mail stream

The carriage labels could be placed on the front of inbound covers because the cover was no longer in the Canadian mail system.