In previous articles, the Vienna System of taxation was explained. In this article, underpaid mail to Canada during each Centennial era Canadian letter rate periods are shown and charges analyzed.

Air mail conveyance was provided for this underpaid post card from Bournemouth to Port Colborne in 1967. British Post Office rules required that taxed air mail items have at least 75% of the air mail rate prepaid to be sent by air. In this case since the rate was 9d., the 7d. prepayment represented 77% of the air mail rate.

The British post office applied the marking "SURCHARGE OWING TO INSUFFICIENT POSTAGE PLEASE ADVISE SENDER" on the card (over the stamp). 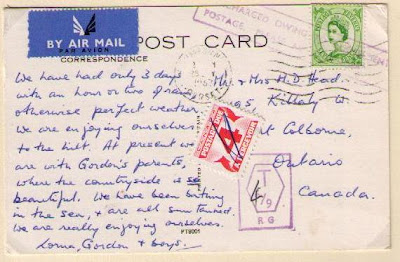 The Canadian calculation resulted in a charge of 4 cents due: 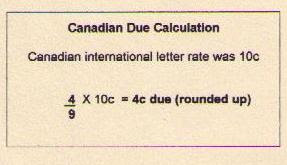 The next item is a letter sent from Milan, Italy to Toronto on October 28, 1967. The Italian and Canadian markings are lovely examples of correct taxation. 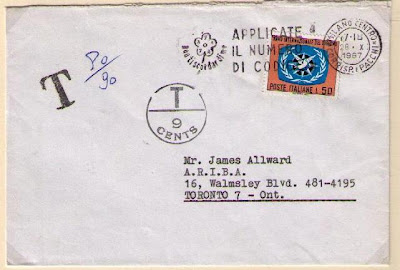 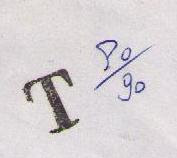 The Canadian charge was 9 cents: 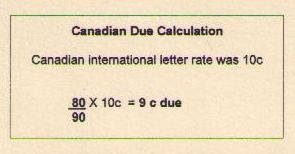 The printed matter rate from Great Britain to Canada was 5d. when this letter was mailed from Bristol to Toronto, September 26, 1970. 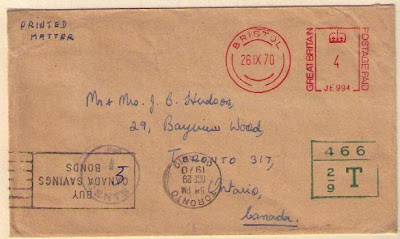 
The air mail letter rate from Nigeria to Canada was 2s. The 1s 6d. prepayment was exactly 75 % of the air mail rate and the letter was thus conveyed by air. 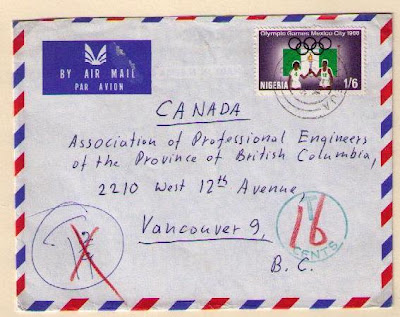 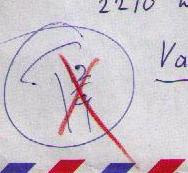 The Canadian tax was 16 cents. 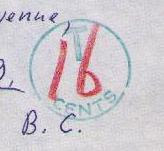 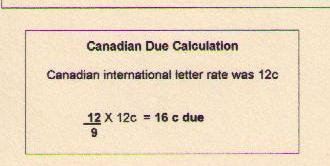 The surface letter from Arosa, Switzerland to Bracebridge, February 4, 1972 was underpaid 20c. The interesting aspect of this cover is the usage of the 10 cent Centennial definitive, cancelled with the Bracebridge MOON handstamp, to pay the postage due. 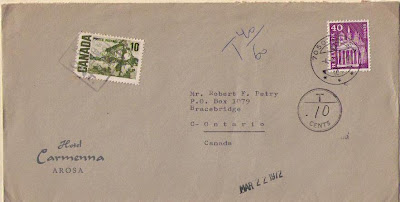 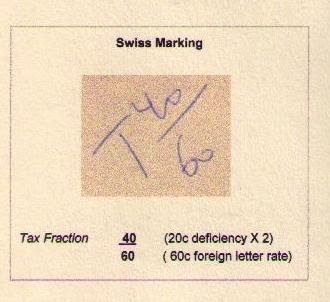 The Canadian charge was 10 cents: 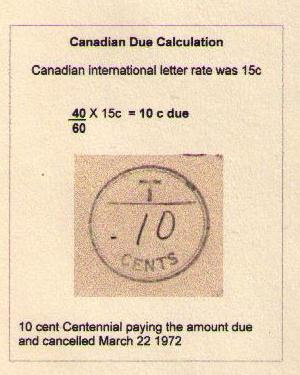 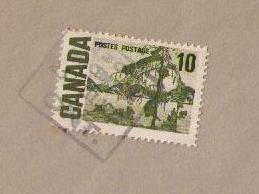