This article deals with free mail sent by Members of the House of Commons during the Centennial period.


At the beginning of the Centennial period, letters and other mailable matter addressed to or by any Member of the House of Commons while at Ottawa, during any session of Parliament, or during the ten days immediately preceding or following a session of Parliament could pass free of postage provided these letters and other matter were posted at or addressed to the House of Commons and not to the private residence in Ottawa of the member.

In addition, on and after July 1, 1971, members of the House of Commons could send from any post office in Canada free of postage to constituents four mailings of printed "householder" matter, for any fiscal year.

Parliaments during the Centennial period and examples of Free mail

There were three Parliaments during the Centennial period:

This minority parliament under Liberal Prime Minister Lester Pearson was the first Parliament of the Centennial period.

The first cover shows the elements which are seen on free mail letters from Members of Parliament:

In the lower left corner of the envelope is the name of the member. It is the handstamped signature of Member of Parliament Alvin Hamilton:

The House of Commons dated meter with hour indicia in green ink indicates that this is a Free letter:

The reverse of the envelope usually identified the letter as being sent from the House of Commons:

The biography and photograph of Alvin Hamilton, Member of Parliament, can be found at the House of Commons web site: 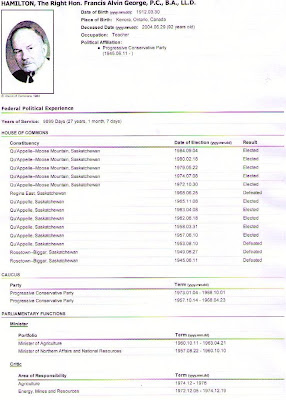 The author's album page for this cover looks like this: 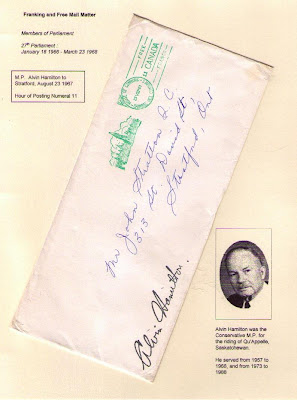 The second cover is from a Member of Parliament whose initials are stamped in the lower left hand corner: 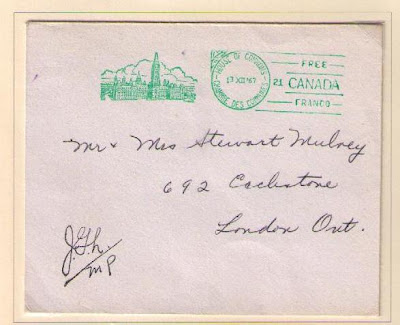 In this case the MP is only identified by intials:

Here is the author's album page for this cover: 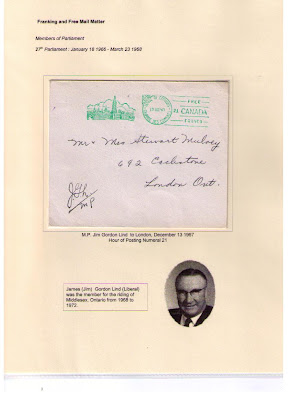 Pierre E. Trudeau led the Liberals to a majority government in 1968. Card autographed by Trudeau during the 1968 campaign 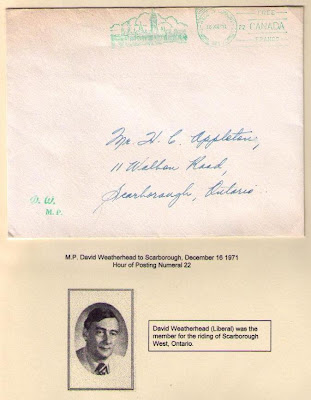 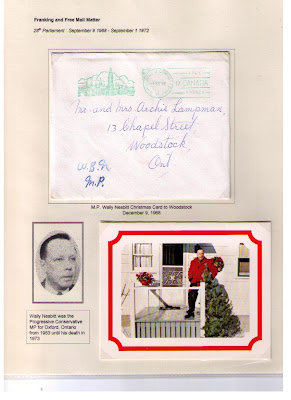 When several MPs have the same initial, identification of the MP is never a certainty. The address to which the letter is written may assist in the identification, since Members' mail is often addressed to constituents. The initials corresponding to the MP whose riding matches the address on the letter is the most likely MP. The riding list is available from the House of Commons web site. The identity is only suggestive since it is possible that an MP could have written the letter to a non-constituent.

The MP with initials "G.B."could not be identified: 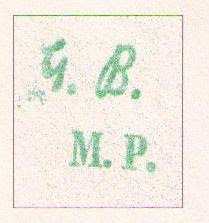 Three Members of Parliament had the intials G.B.:

The handstamps produced for the next Parliament included the constituency name.

The Canadian federal election of 1972 resulted in a Liberal minority government under Prime Minister Pierre Trudeau.

The MP initial handstamp which included the riding name was introduced in the 29th Parliament. 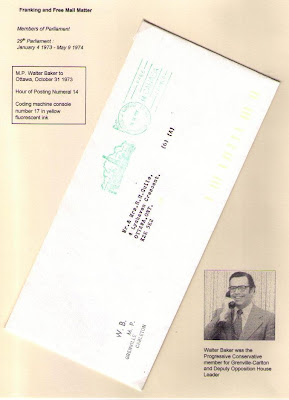 Former Prime Minister John Diefenbaker ended his political career as an opposition party MP. His handstamp had been manufactured for an earlier Parliament. 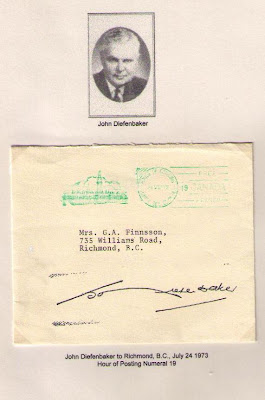 Posted by philcovex at 9:19 AM