An "Other Articles" air mail service for "Printed Matter", "Samples", "Newspapers", and "Literature for the Blind", was available from Canada to other countries.

There were three international OA rates in effect during Period 1 (ending May 31, 1967) :

i) 10 cents for each ounce destinations
Great Britain and Northern Ireland, Republic of Ireland, Bermuda, Mexico, Central and South America and the West Indies 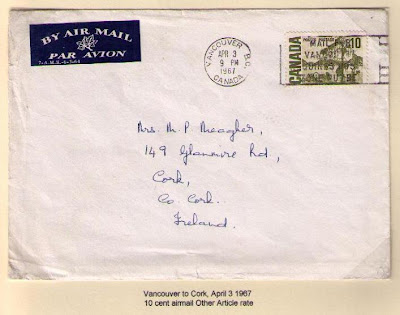 ii) 15 cents for each ounce
Europe 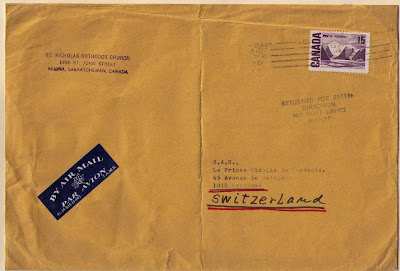 
iii) 20cents for each ounce
All other destinations. This rate remained in effect until June 30 1971.

i) 15 cents for each ounce
Great Britain and Northern Ireland, Republic of Ireland, Bermuda, Mexico, Central and South America and the West Indies, and Europe 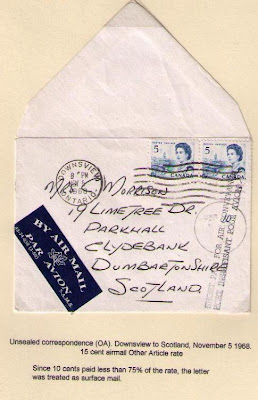 ii) 20cents for each ounce
All other destinations. 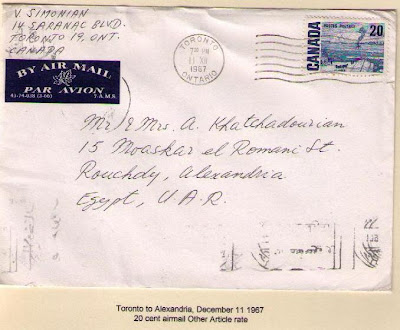 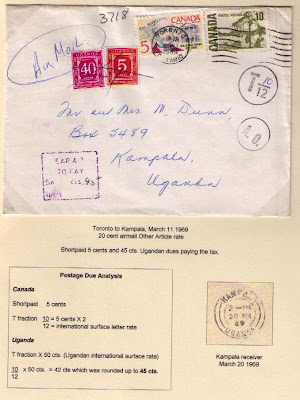 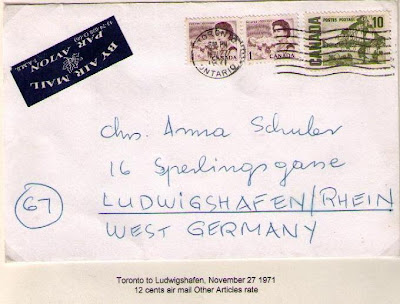 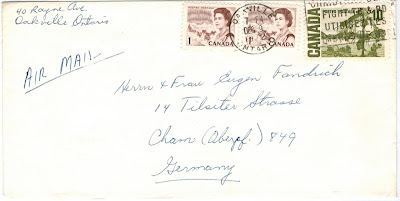 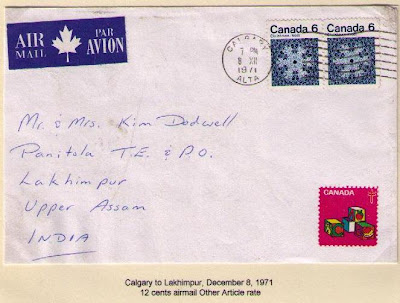