Delayed Mail During the Centennial Period

Mail can be delayed for a variety of reasons : fire, theft, crashes, postal strikes, etc. This article looks at a few examples of delayed (interrupted mail) during the Centennial period.

The charred cover below from Midland (December 18, 1972) to Scarborough was damaged in transit according to the Scarborough post office handstamp. 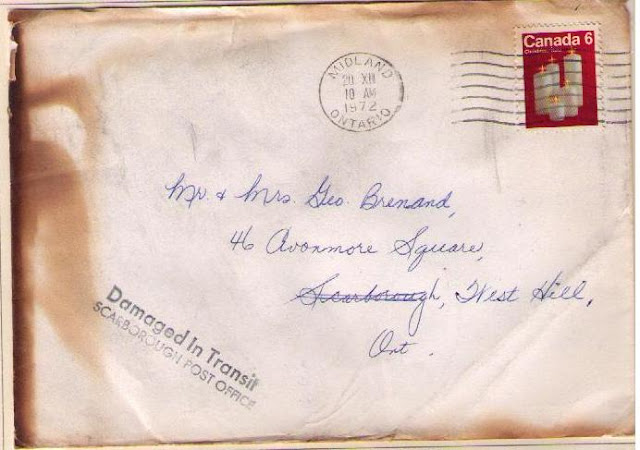 The next cover was delayed because of a fire in Montreal. 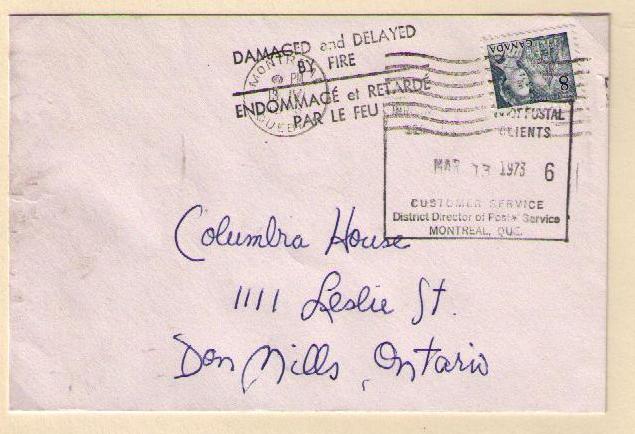 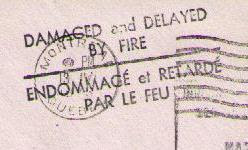 This letter from Toronto to Montreal (December 21, 1971) was found following a theft and its delivery was obviously delayed. The Montreal Customer Service handstamp is dated January 14, 1972. 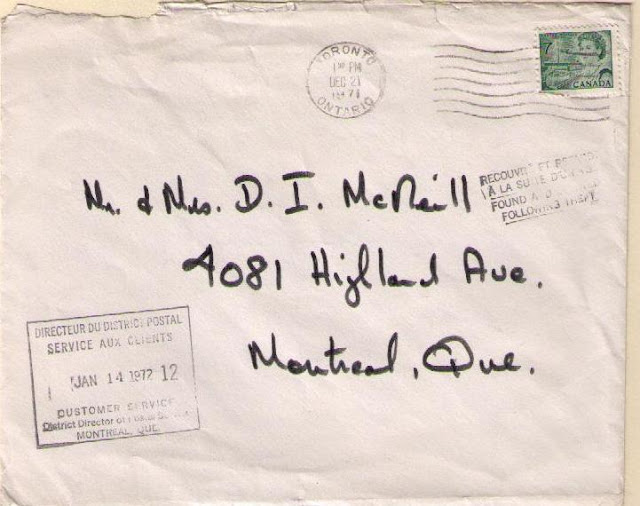 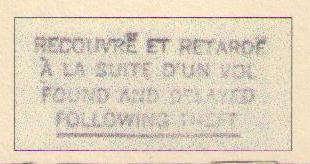 On July 5, 1970 an Air Canada DC-8 flying the Montreal-Toronto-Los Angeles route crashed after aborting a landing at Toronto International Airport killing all 100 passengers and 9 crew members. 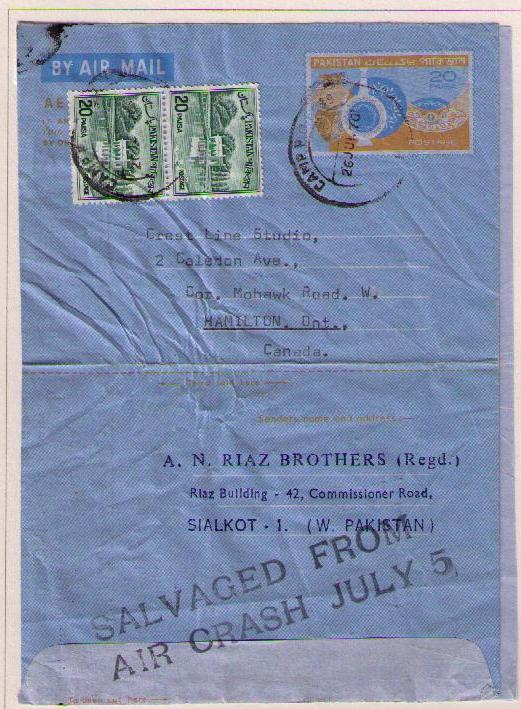 Air Letter from Pakistan to Hamilton 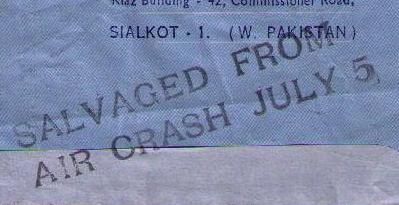 The second cover comes from an unidentified air transport incident. The letter was mailed from Vancouver to Old Town, Maine on July 27, 1967. The letter sustained fire damage and its delivery was delayed for one month.

The Portland Maine post office applied a "Received in bad condition at..." handstamp and applied the Portland barrel cancellation on August 28, 1967. A manuscript explanation was provided : "Damaged in Air Transport" 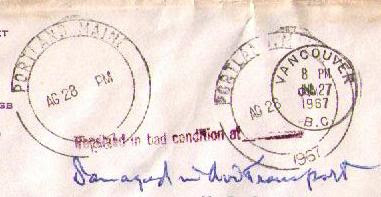 This cover sent from Calgary to South Godstone, England on February 22, 1970 was "MISSENT TO GUYANA". 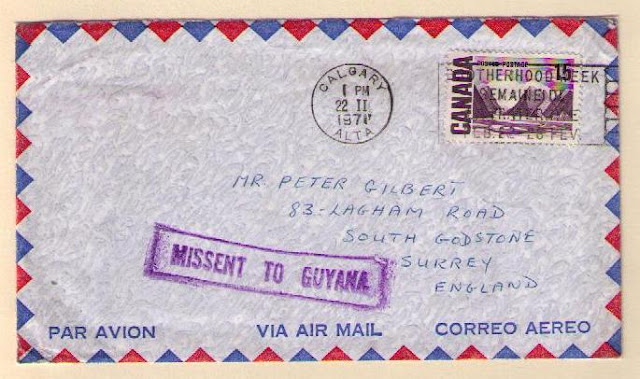 The next cover was mailed to the Ryukyu Islands but was missent to the Philippines and eventually returned to its sender in Canada because of the delay. 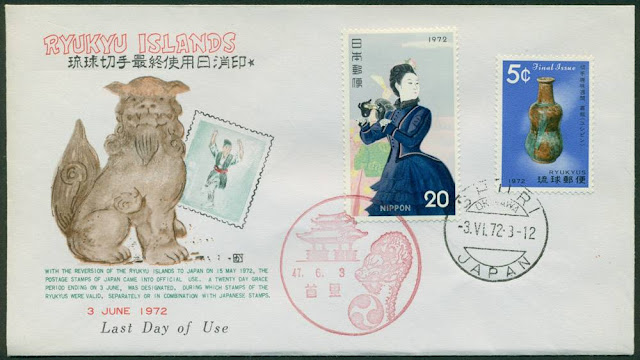 The sender was either ordering stamps or sending covers to be serviced on the last day of use of Ryukyu Island postage stamps, addressing the letter to the "Last Day Services Substation". There was a deadline for such requests. Unfortunately the letter which was mailed from Halifax on March 29, 1972 was missent to the Philippines, and by the time it was forwarded to and received by the Ryukyu Islands post office in September 1972, the deadline had passed.

Philippines
The Manila receiver cancel was applied on April 6, 1972: 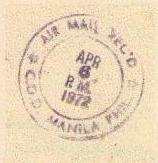 The Philippines Post Office opened the letter by mistake, sealed it, and wrote this note on the sealing paper :

"Missent to SPD Bureau of Posts, Mla, Philippines-Opened by mistake"

The letter was then forwarded from the Philippines to the Ryukyu Islands.

Ryukyu Islands
The letter appears to have been received in September, 1972, past the deadline for the service requested by the sender.

A return label was affixed explaining that the letter was refused for delayed arrival: 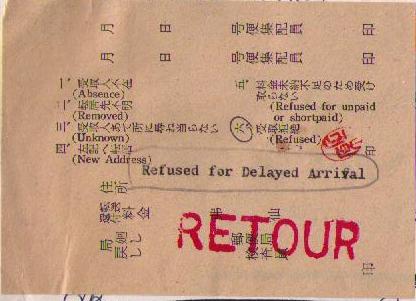 The Halifax post office did not apply a receiver cancellation.
Posted by philcovex at 6:32 PM