Dozens of posts dealing with the Canadian Centennial definitive issue (1967 - 1973) have been published in the nearly four years Postal History Corner has been on-line. Many of the posts will be revamped. The original post dealing with Centennial period acknowledgment of receipt fees was published on June 11, 2014.

The sender of a registered article could obtain an acknowledgment of its receipt by an addressee for a fee in addition to the ordinary postage and registration fee.

Postmasters were required to stamp the letters "A.R." (signifying Acknowledgment of Receipt) on the address side of the registered article which was accompanied by acknowledgment of receipt cards.

The acknowledgment of receipt card was returned after delivery and signed by the addressee and the postmaster.

Subsequent to Despatch of Registered Article 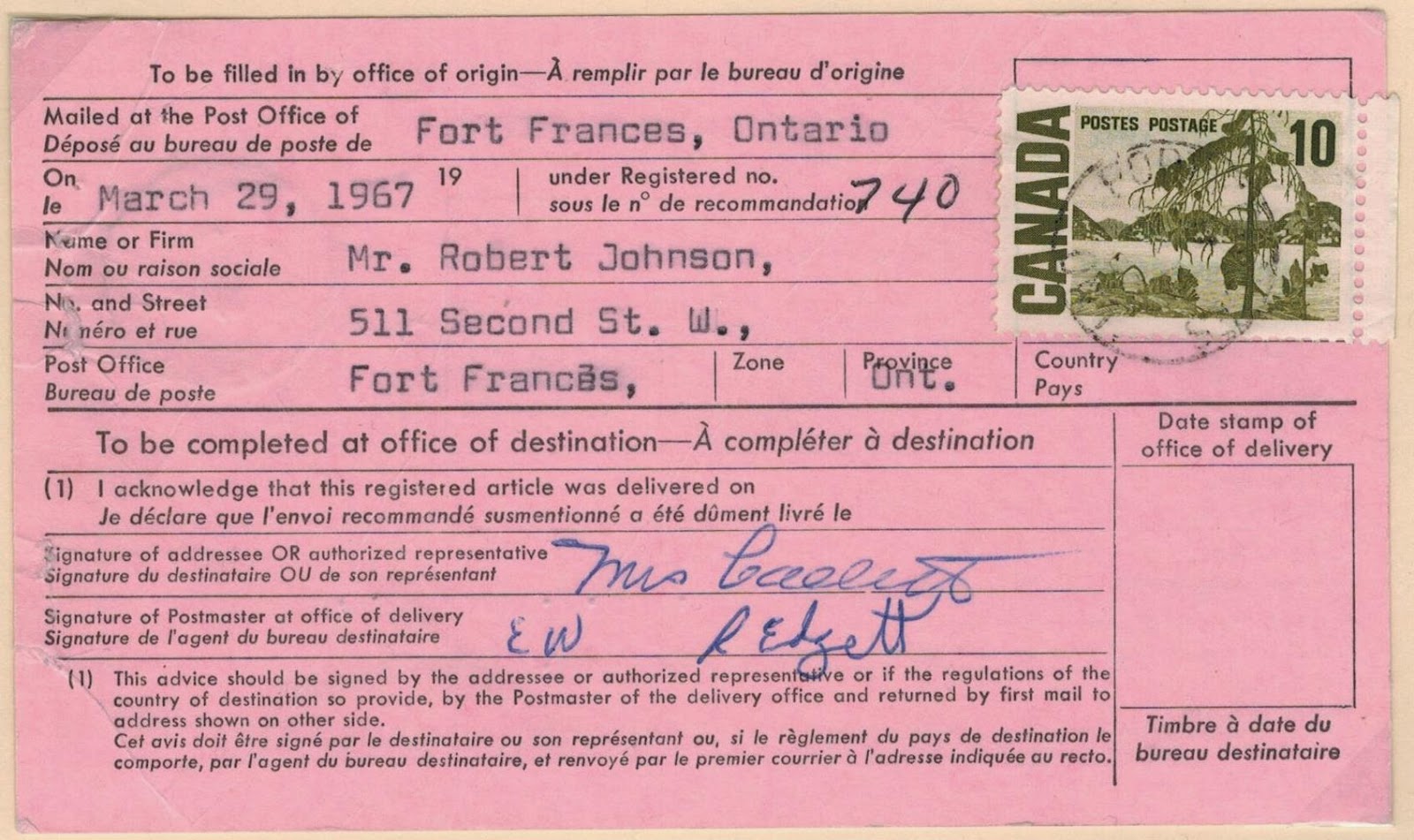 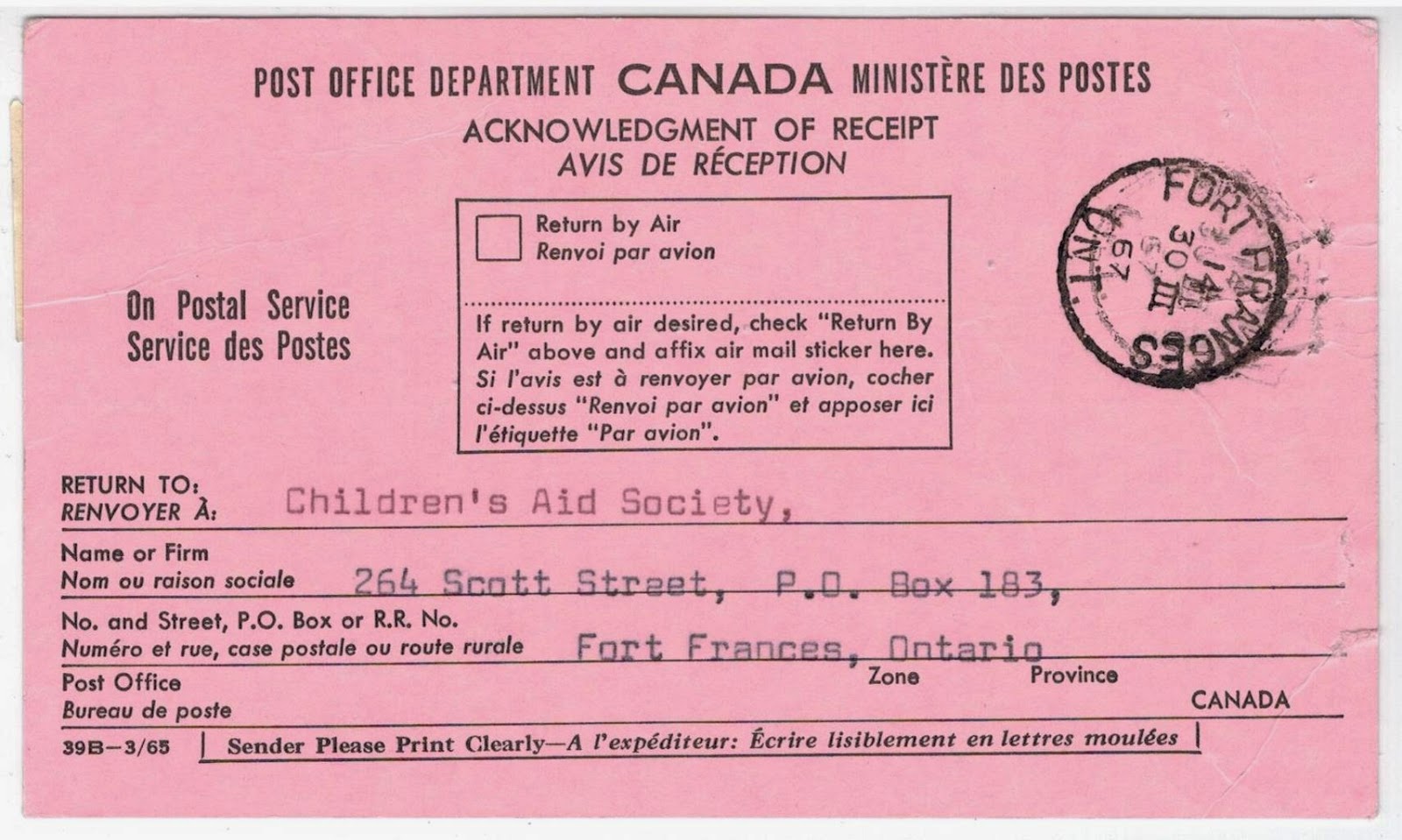 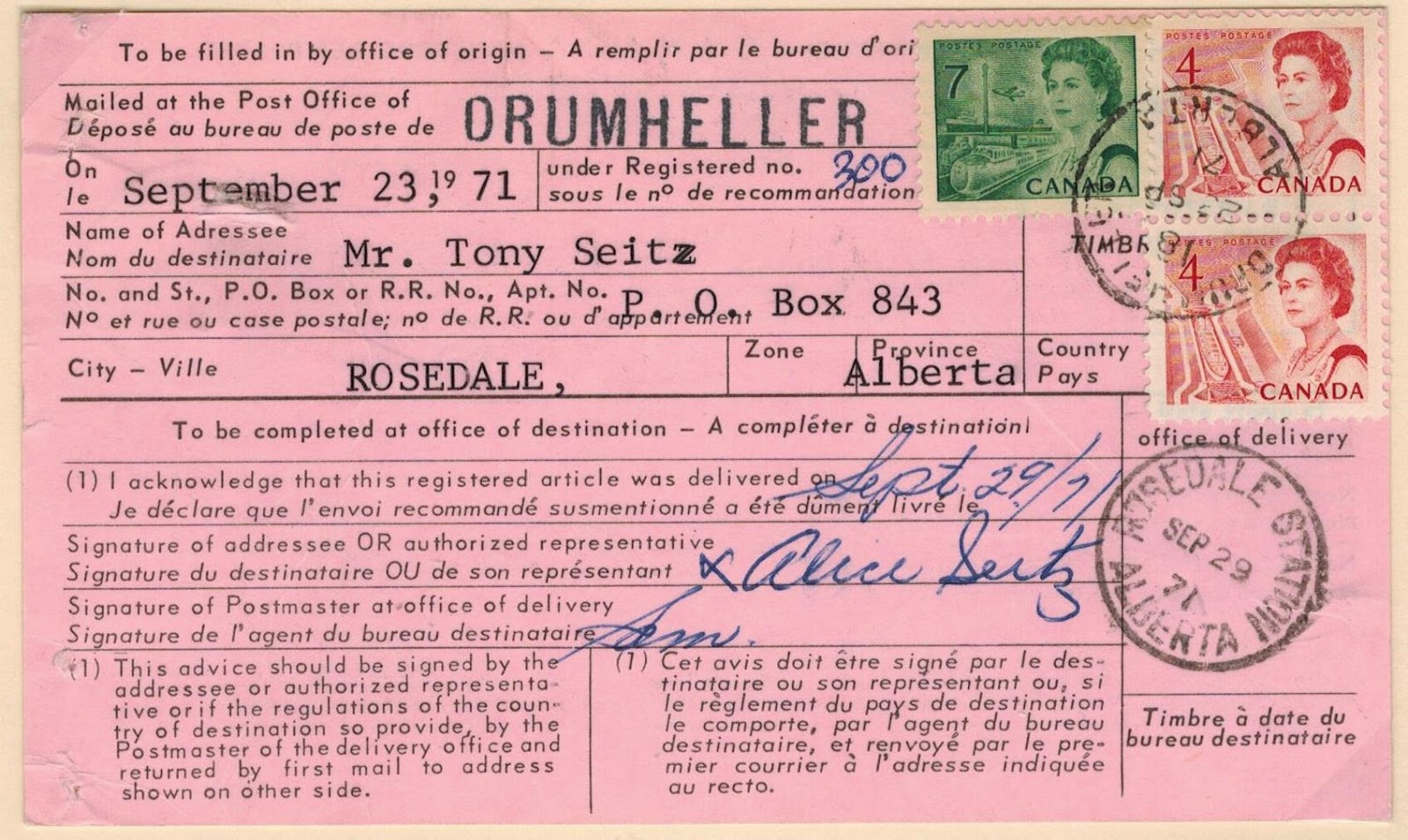 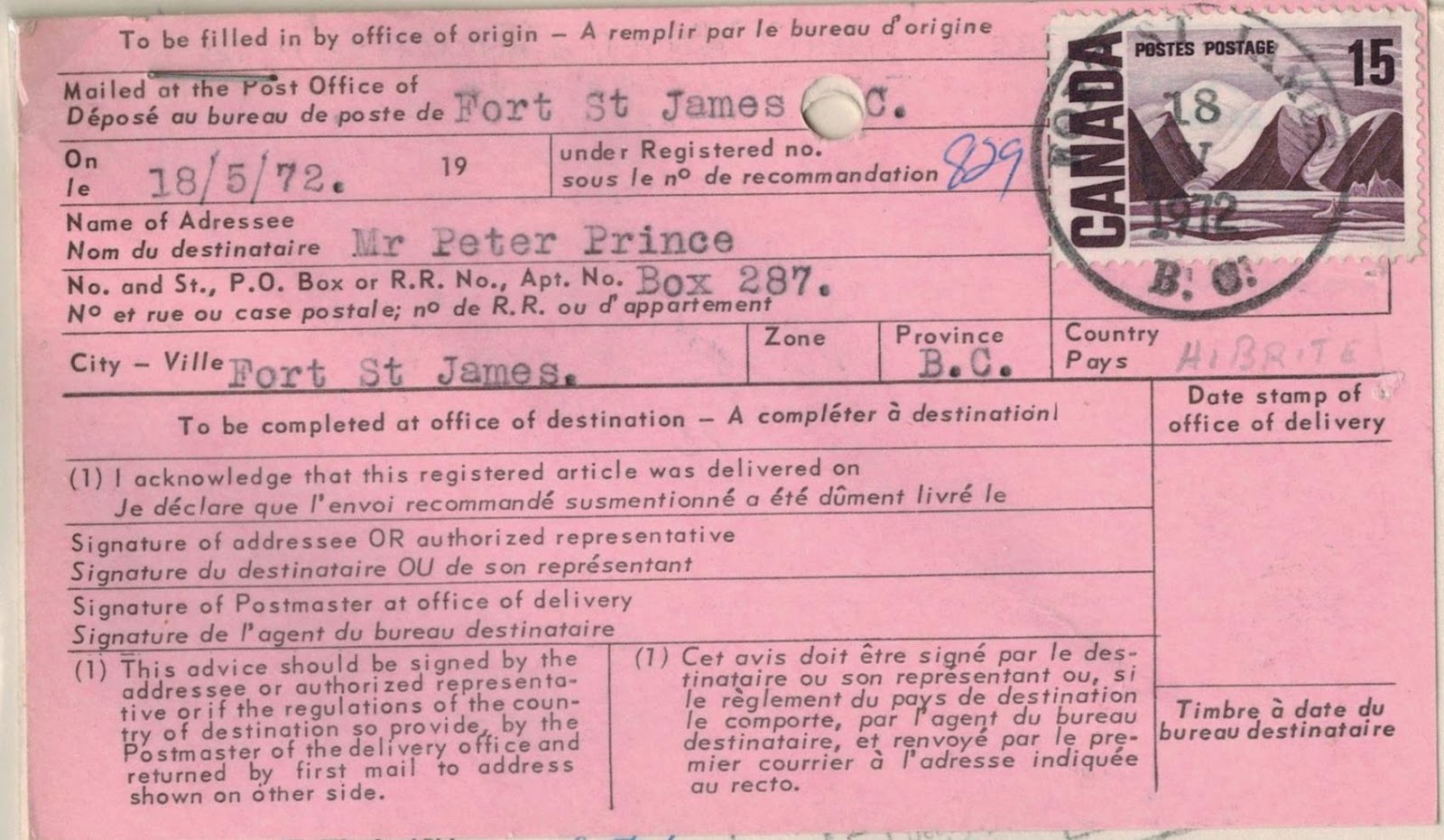 
b) Subsequent to Despatch of Registered Article Fee (25c) : 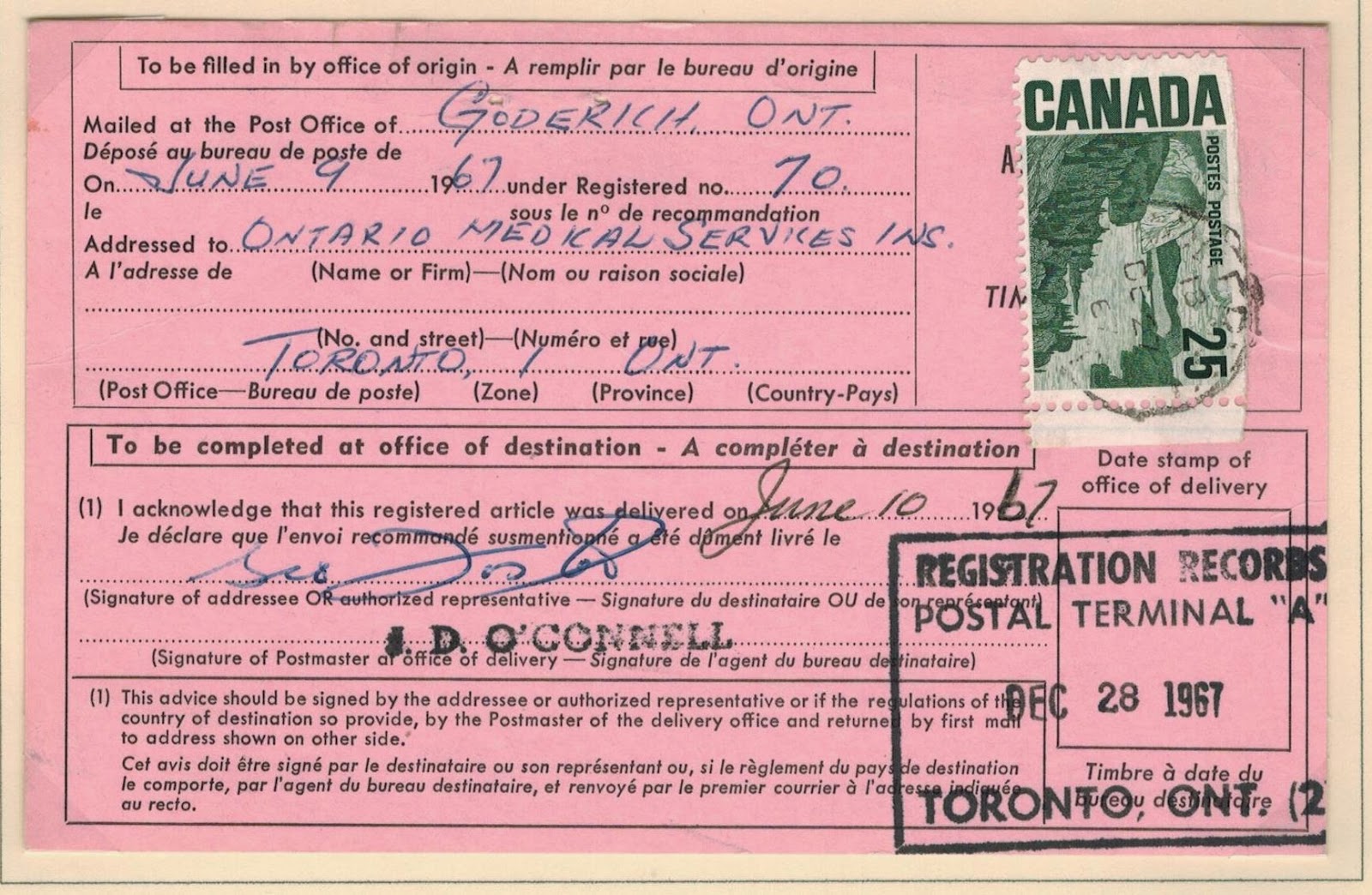 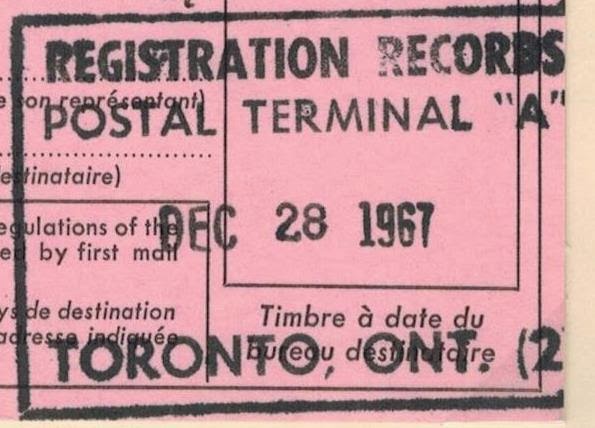 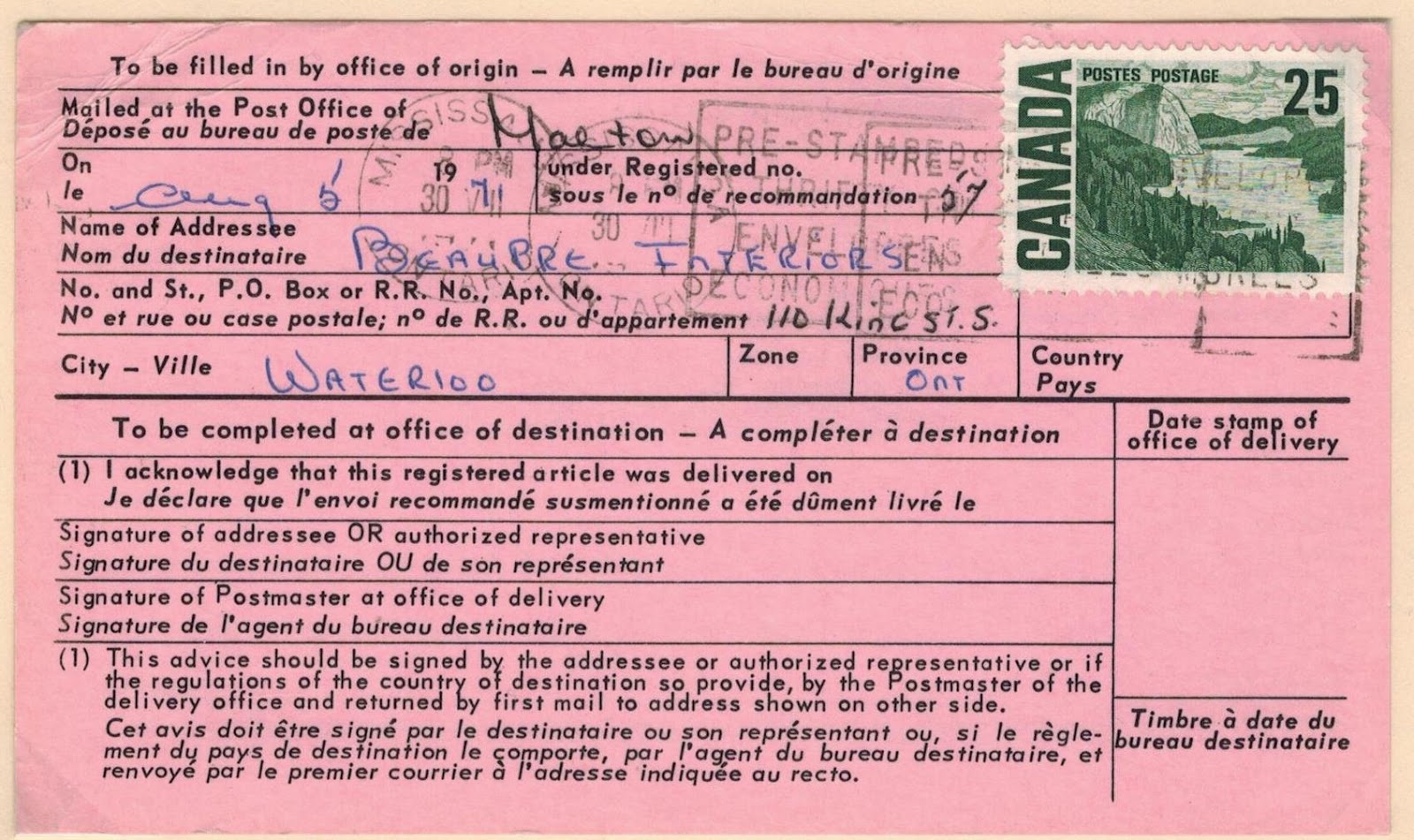 Posted by philcovex at 6:39 PM