The Canadian Postal Strike of 1968

Relations between the Canadian government and postal unions were rocky during the Centennial period. In 1968, Canada's postal workers went on a 22 day postal strike from July 18 to August 9.

The following responses to the 1968 strike are considered in this article:

Canada requested that the U.S. suspend all mail services to Canada during the strike. Mail to Canada was returned to senders by U.S post offices with instructional markings and labels which were created by individual post offices on an ad hoc basis. The covers below illustrate some messages found on embargoed mail. 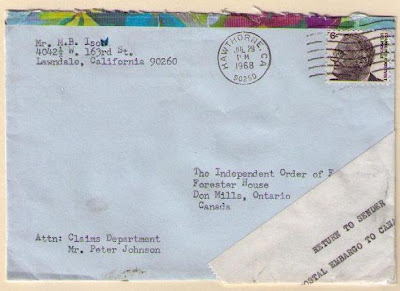 A perforated gummed label was affixed to the cover with this message: 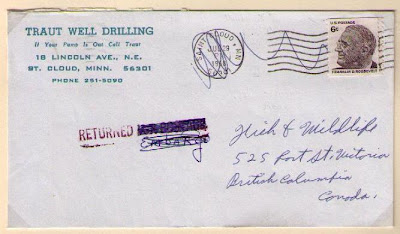 The St. Cloud Post Office applied its standard "RETURNED FOR POSTAGE" handstamp and struck out the word "POSTAGE" with a pen and wrote the word "Embargo". The letter was returned to sender and remailed on August 31, 1968. An additional 6c stamp was affixed. 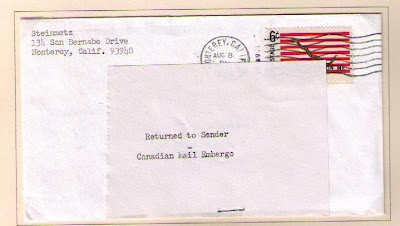 Monterey, Calif., to Victoria, August 8, 1968
The message was stapled to the cover: 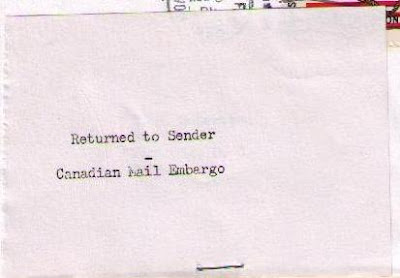 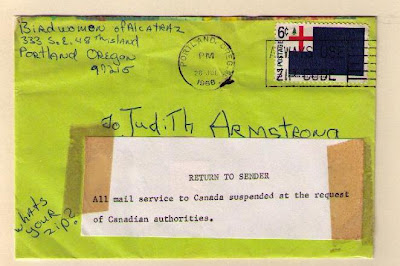 The Portland post office printed its message on white paper which was taped to the front of the envelope:

The Portland post office explains the Canada has requested the embargo. 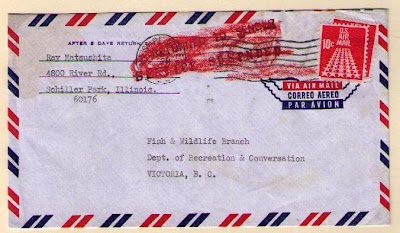 The covers shown above are just a few of the many local instructional markings produced by U.S. post offices during the 1968 Canadian postal strike.

The Department of National Defence established an emergency mail delivery system which allowed correspondence to be sent throughout the military without interruption. 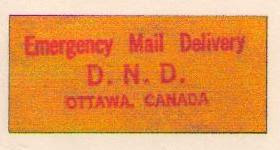 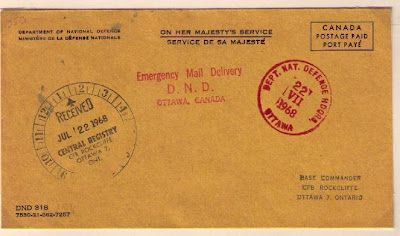 The above cover was sent via the D.N.D. emergency mail delivery system from D.N.D. headquarters in Ottawa to CFB Rockcliffe, Ottawa, July 22, 1968. 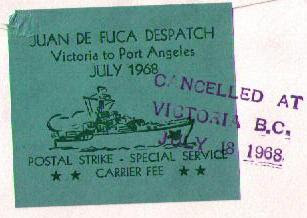 Labels without value were printed for the 1968 postal strike

The letter below addressed to Minneapolis was conveyed from Victoria to Port Angeles, Wash., via Juan de Fuca Despatch on July18, 1968. The letter entered the U.S. mail stream at Post Angeles on July 18, 1968.

Label with 25 cent face value
The letter below addressed to Seattle was conveyed from Vancouver to Bellingham, Wash., via Stern Parcel Service on August 6, 1968. The letter entered the U.S. mail stream at Bellingham on August 7, 1968. 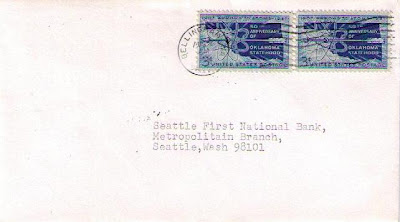 The air mail letter to below was sent by Makin & Ridgway (Canada) Limited, Toronto via the Canadian Importers Association courier service to Stoke-on-Trent, England. The letter entered the U.S. mail stream at Buffalo, N.Y., on August 6 1968. 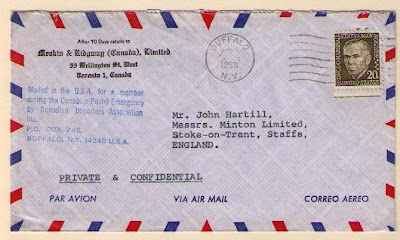 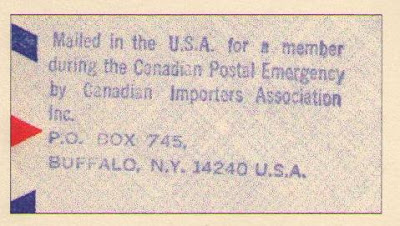 Canadian Importers Association Inc. Postal Strike handstamp applied to mail transported for its members to Buffalo.
Posted by philcovex at 6:19 AM